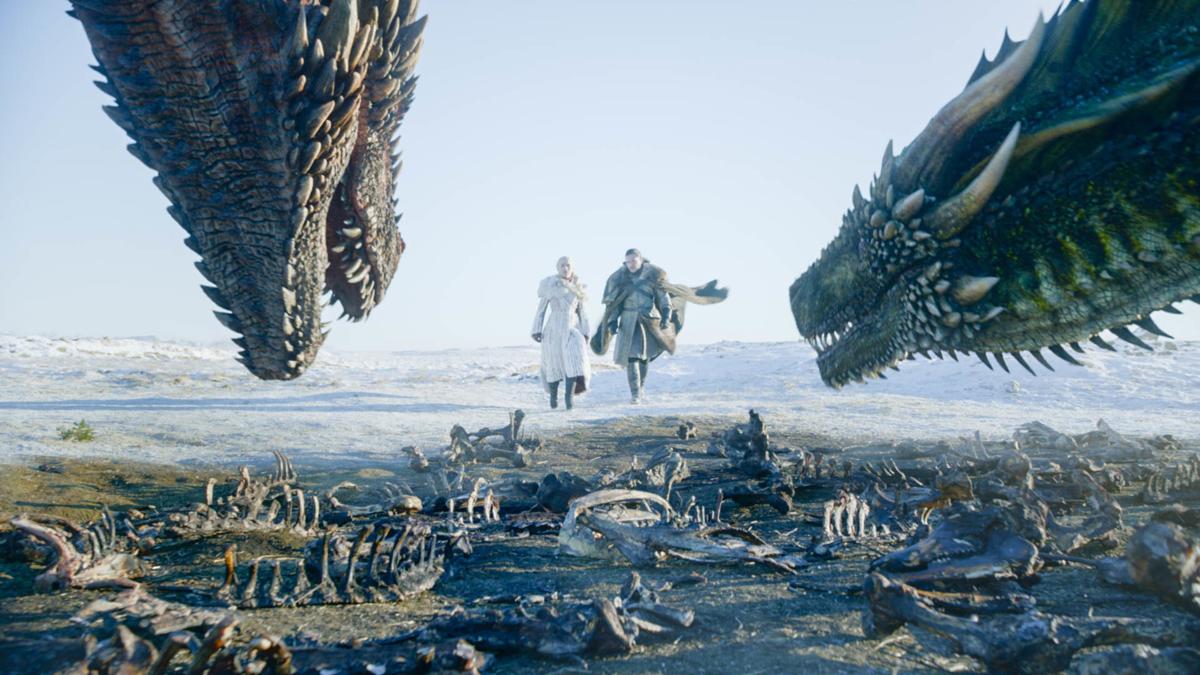 This image released by HBO shows Emilia Clarke, left, and Kit Harington in a scene from “Game of Thrones,” which premiered on Sunday. 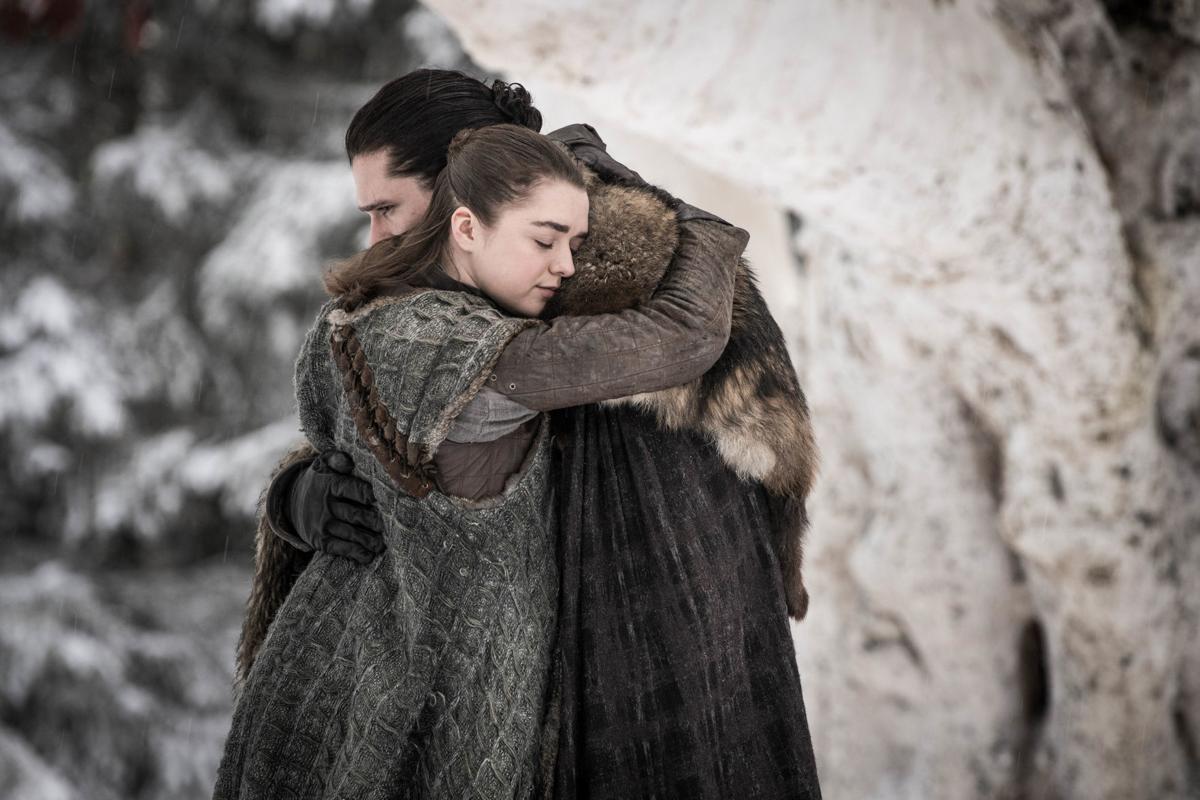 This image released by HBO shows Maisie Williams, left, and Kit Harington in a scene from ‘Game of Thrones,’ which premiered on Sunday. 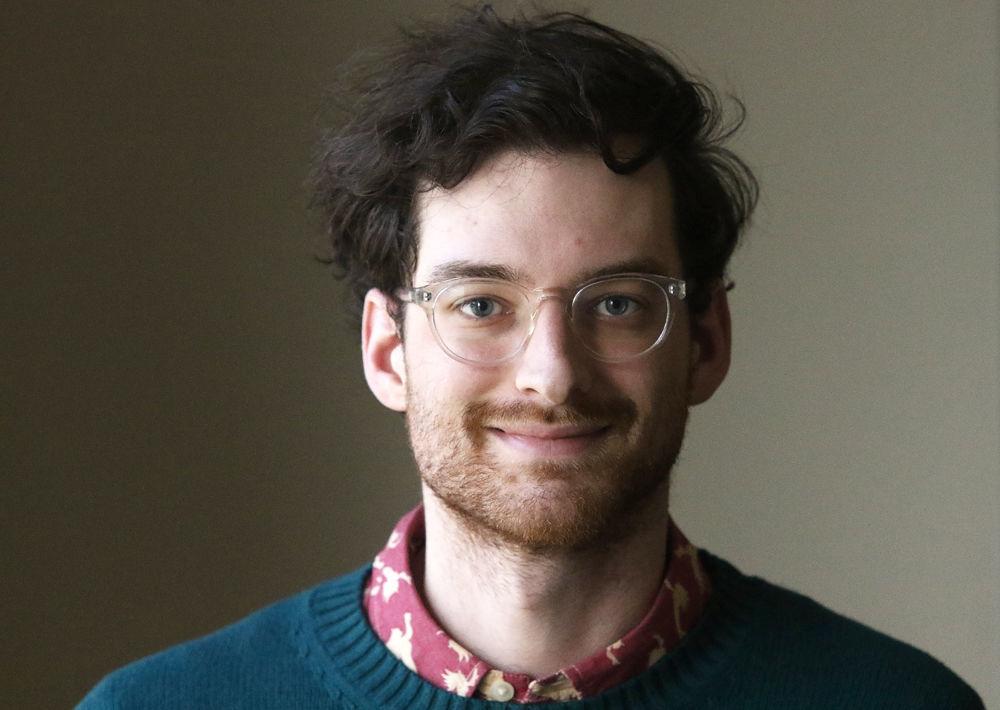 This image released by HBO shows Emilia Clarke, left, and Kit Harington in a scene from “Game of Thrones,” which premiered on Sunday.

This image released by HBO shows Maisie Williams, left, and Kit Harington in a scene from ‘Game of Thrones,’ which premiered on Sunday.

Editor’s note: This has spoilers in it, so don’t read until you’ve watched the episode, which aired last Sunday.

Season 8 of “Game of Thrones” has finally arrived, and the premiere was … good, probably? There were some highlights, some lowlights, and some mediumlights, so here they are:

Arya, Gendry and Sandor Clegane: Everyone knows Arya Stark is the best character on the show, but her game is only elevated when she can insult the people around her. And nobody is better at taking insults than Gendry and Mr. Clegane.

Gendry comes with the added advantage of being kind of in line to the throne via being King Robert’s bastard and also of being played by Chris from “Skins” UK, which is excellent. We will also pretend that he is a similar age to Arya on the show — which I’m pretty sure he is, despite being played by a clearly adult man — so their flirty little relationship is charming, instead of creepy.

Danerys’ outfits: We’re used to seeing the dragon queen in her summer wear, mostly silks and linens and such, so it’s nice to see her stylist has some range. The wildlings might get IKEA rugs tied around them but Dany clearly has a talented tailor in her retinue of indentured servants, so she’s killing it.

With a war coming up we’re may not see much of the fancier clothes but still, she holds it down in the functional outdoorswear realm and we are not mad about that at all.

The Ice King: Maybe we didn’t actually see the Ice King, per say, but we know he nailed a small child to the wall with a vortex of severed arms around the body, so he’s definitely making moves.

That might seem bad, but overall it’s a positive. The kid was Lord Umber, and since we already have Lady Mormont — who obviously rules — filling the child leader role we’re really not going to miss him. And, in case you forgot, the whole point of this season is to get to the war so we can see the Ice King laser beam spears at the dragons with his Olympic-caliber arm. So the more white walker progress the better.

Sassy dragons: “Game of Thrones” is about excessively long talks in dimly lit rooms followed by massacres of everyone’s favorite characters. It’s not about Jon Snow making out with Danerys — more on that later — followed by a literal dragon doing Jim Halpert face. This is not NBC’s Comedy Night Done Right. Stop it.

Bran: Is Bran integral to the survival of humanity? Sure. Is he the worst? One hundred percent. He’s like bran muffins. He’s a Bran muffin.

Even ignoring that he complained the whole way up to the wall, got one of his three friends killed and retroactively broke Hodor’s brain, he should really be contributing more to the whole war effort. Because he can see everything.

Every single thing that’s happened, which I’m assuming includes how the white walkers were defeated last time, and all he can do is roll around serving creepy looks,

There were absolutely way too many YAS QUEEN moments: Cersei, to Bam Margera doppelgänger Euron Greyjoy: “You want a whore, buy one. If you want a queen, earn her.”

Danerys, full of snark, responding to a completely reasonable question about what dragons eat: “Whatever they want.”

Sansa, glancing dismissively at Tyrion while they talk on her favorite balcony: “I used to think you were the cleverest man alive.”

Alone, any one of these would have been fine. Shoved into one episode they’re an atrocity.

I get it, the producers want memes. But “Game of Thrones” always gets memed. They didn’t have to shove it down our throats so hard just for tweets with some mediocre edit and 5,000 finger snapping GIFs from “RuPaul’s Drag Race” in the comments. Please do better.

The only possible saving grace for these two is the fact that the Targaryen’s whole family tree is built on incest so it’s maybe not the worst? Definitely not on the level of Jaime and Cersei. But still not great. Making viewers have conflicting feelings on incest — what good TV is all about.

None of this would have happened if Ygritte were still alive.

Tyrion and Lord Varys: They have a lovely back-and-forth thing going, but there’s already too much of that so unless they get real useful real quick they might need to visit Cersei’s headman.

Sansa’s passive-aggressive behavior: We get it, Sansa. You want to be queen of the North. You’re mad at Jon for giving up his crown. You don’t like Danerys. There’s an army of demons heading your way, get over it.

That being said, someone needs to check Jon on his nonsense so the whole sulky Sansa thing could turn itself around.

Bonus discussion of Travis Scott: In case you’re unaware, this season features a song by Travis Scott, SZA and The Weeknd. Travis Scott is good. “Game of Thrones” is good. But the combination may be bad.

Do we really want the boyfriend of Kylie Jenner, the world’s youngest billionaire, screaming “It’s lit” on a prestige television drama while dragons roast a legion of ice zombies? My gut feeling says no.

But. Maybe we do. And if this season is going to be internet foddery nonsense, a thoroughly out-of-pocket battle scene with autotune blaring in the background could be just the ticket. It might, indeed, be lit.

Anyways watch “Game of Thrones” each Sunday on HBO at 9 p.m. EST so you’ll have things to talk about at work the next day.

The moral quandaries of 'The Lion King'

Watch 'I Think You Should Leave' right now