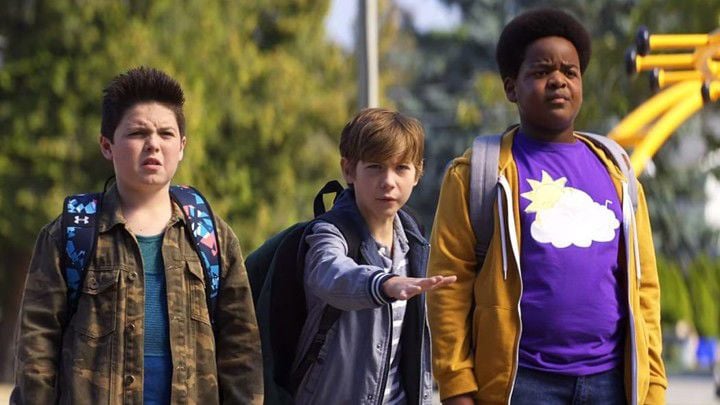 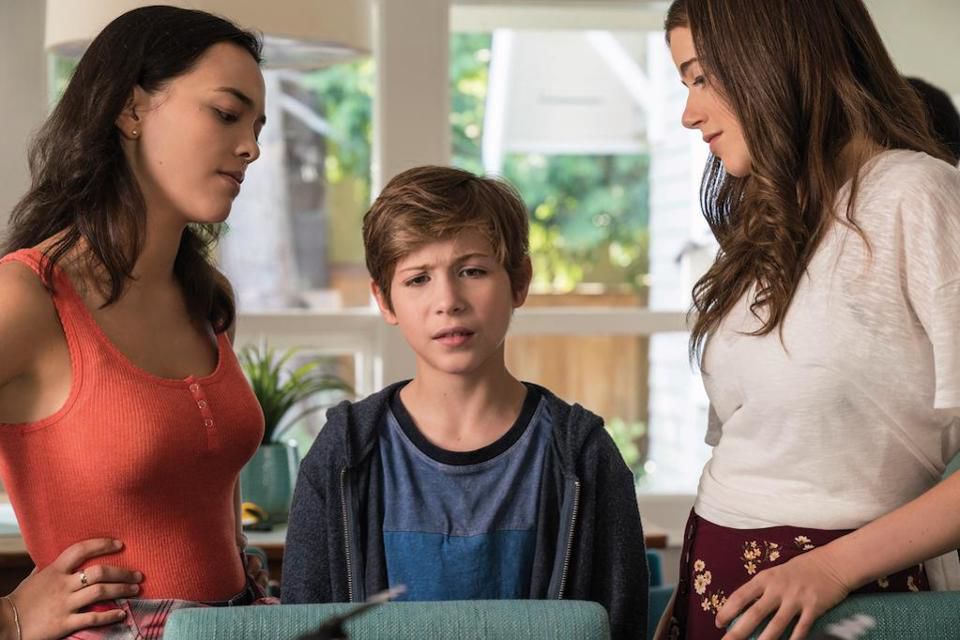 Jacob Tremblay gets caught in the middle of middle school angst in the comedy ‘Good Boys.’

Jacob Tremblay gets caught in the middle of middle school angst in the comedy ‘Good Boys.’

Do you ever watch “Superbad” and want it to be more wholesome? Do you think about “Stand by Me” and wish the kids said more swears? Then “Good Boys” is for you.

It’s about three sixth graders who are on a mission to attend their first smooching party, but they’re derailed when they lose one of their dads’ drones and accidentally steal some MDMA, then skip school to go on an adventure in hopes of erasing their mistakes and making it to the party on time.

So it’s “Superbad” with a better soundtrack, but instead of booze they’re hunting down a drone, the chubby kid has the voice of an angel instead of a navy blue cowboy shirt and bellbottoms, and instead of spending time to write jokes that are well thought out and funny the writers just went through the script once and called it a day.

The kids also drink beer, which is funny because they’re at an age where drinking beer is illegal. You see, the joke is that beer is for adults, but the kids are drinking it anyways. Seeing a child do an adult act, while at the same time clearly behaving in a childish way, is appealing to people looking for a laugh. Ha.

But at the end of the day, a Seth Rogen movie at 60% effort is still pretty funny.

The bit that goes on for three minutes where they can’t open the child lock on a pill bottle because they’re children? Wonderful.

Kids causing a multi-car pileup on the freeway and then running away with no repercussions whatsoever? Classic.

There’s also a bunch of jokes about the children thinking that sex toys are just normal toys, so that’s funny if you like that sort of thing.

But for all the F-bombs and underaged drinking, there’s also a whole lot of valuable lessons for any child to learn. For instance, it is clearly indicated that fraternities are full of horrible people who will sell drugs to children and who deserve to be shot repeatedly with a paintball gun. And all the children, even the cool kids who are kind of mean sometimes, demonstrate a thorough understanding of the importance of consent, offering the option of playing virtual reality games upstairs if any party guests weren’t comfortable with kissing.

And at the end there’s a nice demonstration of the main characters developing their childish crew into an adult friendship, where they don’t actually ever see each other because they’re too busy but they make time for the big events in each other’s lives.

You see, the joke, again, is that they are acting in a much more mature way than one might expect out of a sixth grader. When kids drift apart from their friends they usually just move on and don’t speak anymore, but these kids understand the necessity of forming strong bonds, not letting life get in the way of relationships that have been forged strongly over the years. The ability to understand and internalize the complex nature of friendships while also needing a ride to the froyo place makes for a silly situation that aims to amuse the audience.

“Good Boys” is fine, in a way that leaves the viewer feeling vaguely more pleasant than they might have been going into the theater.

Rating: Three positive messages out of five, plus one because at the end when the middle school puts on a performance of “Rock of Ages” the kids snort Pixie Stix and go into the bathroom with powdered donuts, which is funny.

AP
As Minneapolis burns, mayor takes heat for the response
AP
'Back in the game': SpaceX ship blasts off with 2 astronauts
© Copyright 2020 nrtoday.com, 345 NE Winchester St. Roseburg, OR | Terms of Use | Privacy Policy
Powered by BLOX Content Management System from TownNews.com.