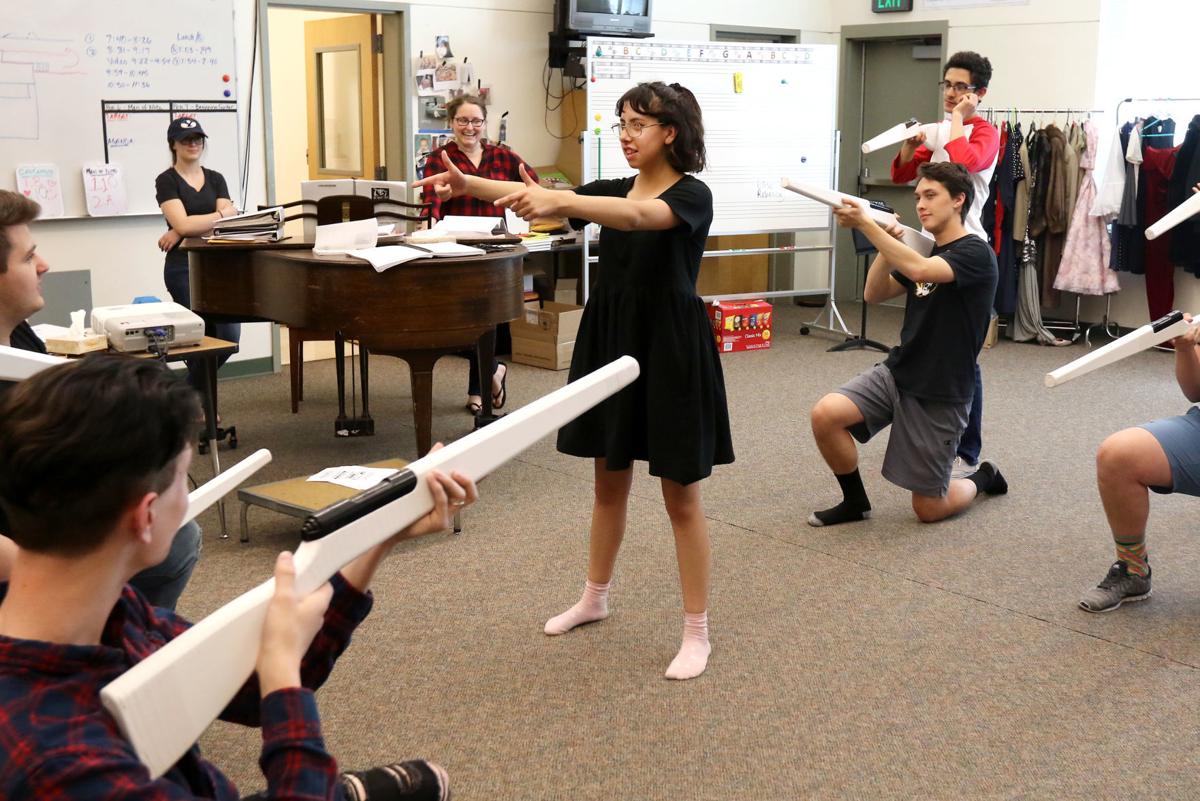 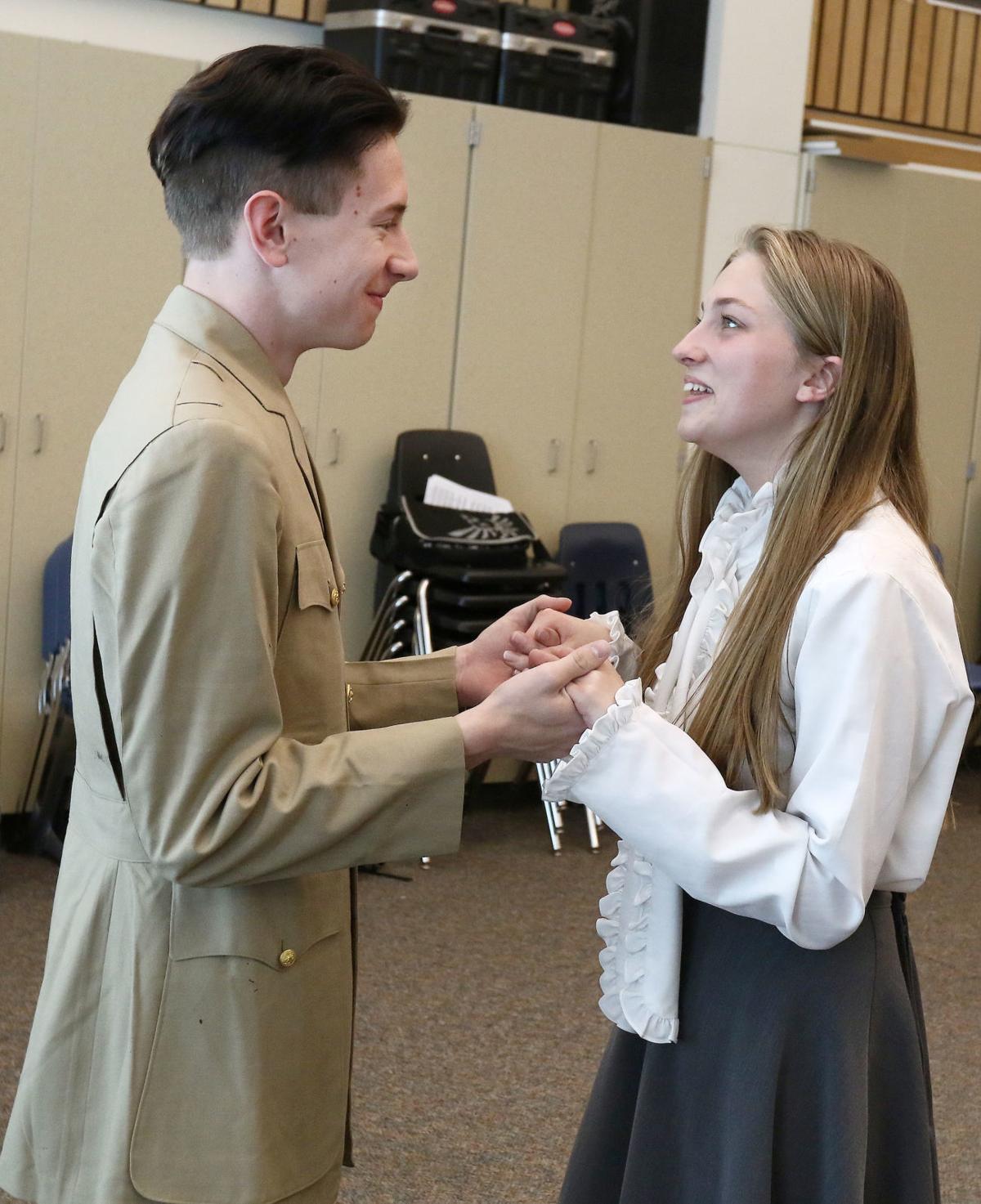 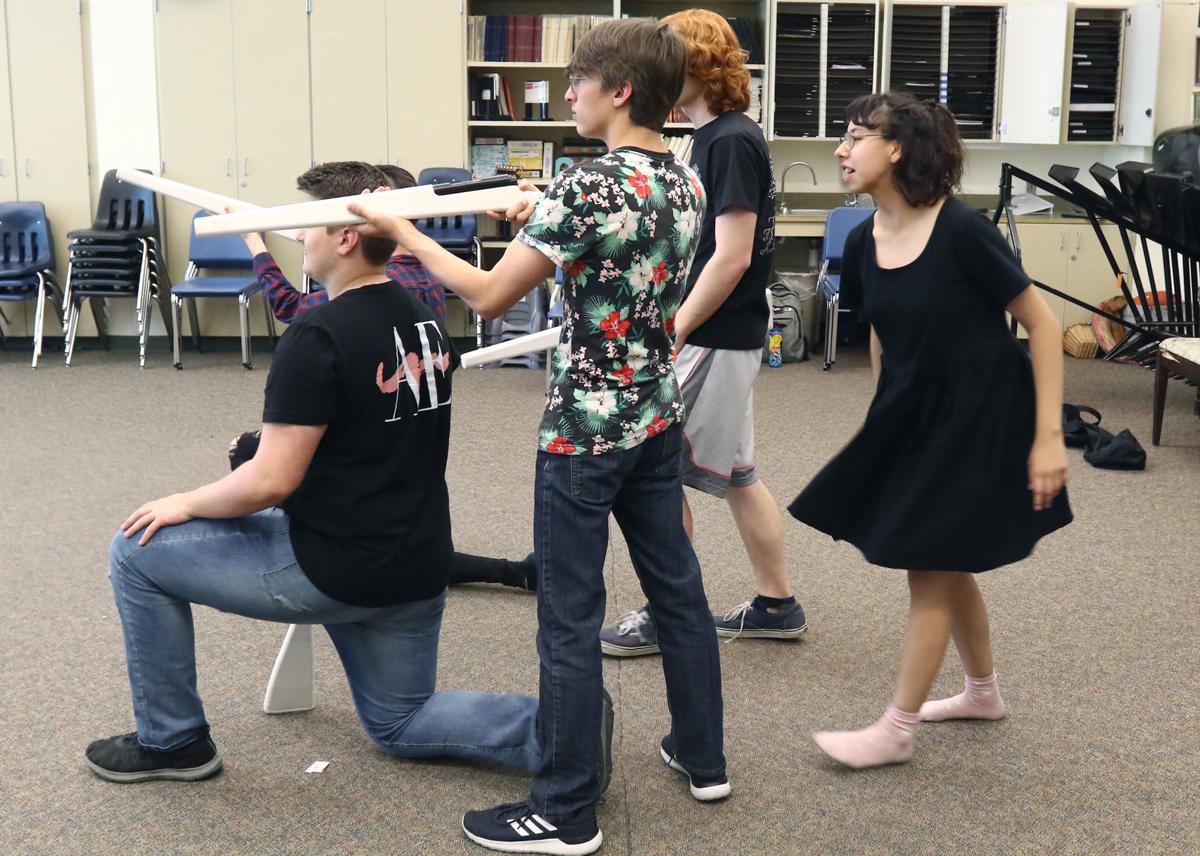 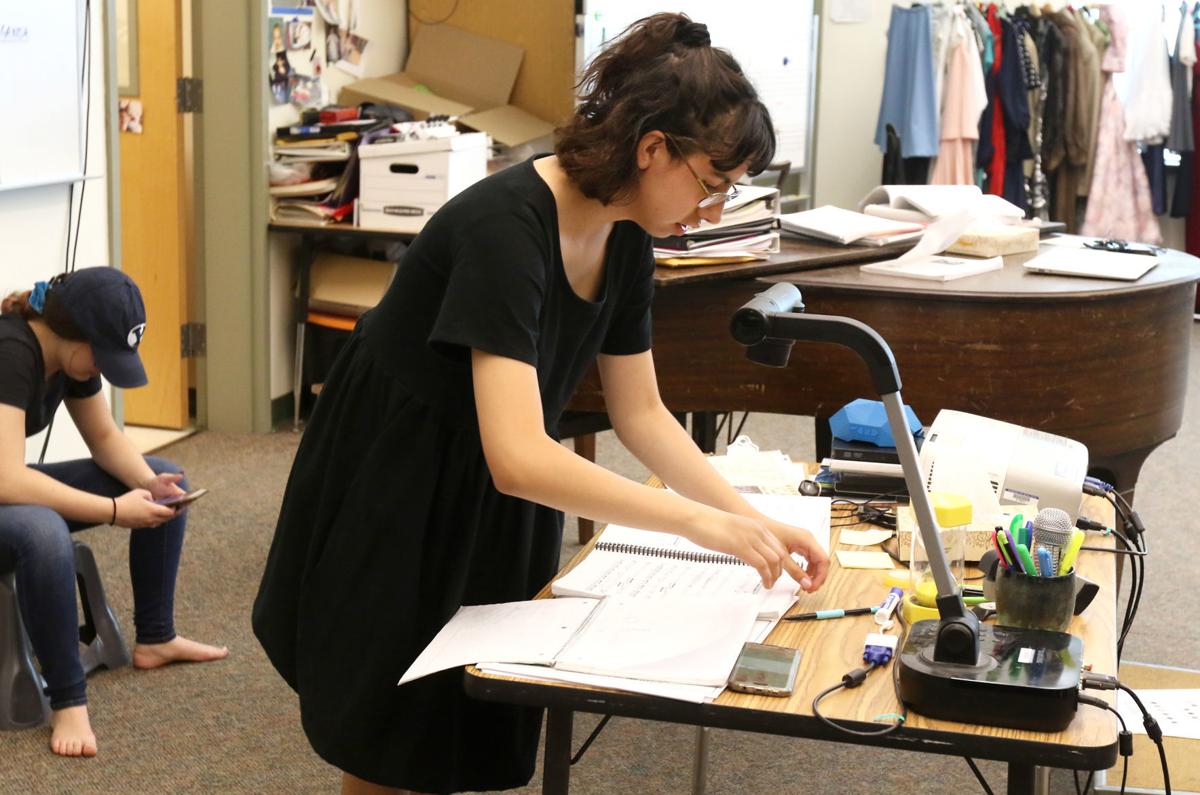 The show is starting to come together for Roseburg High School choir students.

With about two weeks left until they’ll perform at “The All Night Strut! A Jumpin’, Jivin’, Jam!” musical dinner theater on May 25 at the Douglas County Fairgrounds, students were busy rehearsing a World War II scene last Friday.

Roseburg High School junior Rachel Saulls plays two characters in the show, both of them quite flirty.

“I’m excited,” Saulls said. “I haven’t done anything like this before and it’ll be a good fundraiser to get the things we need. It’s turning out really well.”

Auditions for the musical dinner theater took place just before spring break and rehearsal started when school was back in session.

Eliza Garcia is in charge of the choreography, while choir teacher Julie Cherry is the director and managing director.

“You can see it all coming together now,” Sierra Ricks said, adding that running and jumping into the arms of her “lover” Logan Martin had been the most difficult to learn.

Cherry said she originally expected it to be a small show with a handful of students that would host a dinner in the RHS cafeteria, but the show quickly got larger and now has a cast of 30, a full band and seating available for 400 people.

Tickets will be for sale for $40 and are available until May 18 and can only be purchased online. Since the event is catered there will be no tickets available at the door.

Douglas County Fairground is catering the event, with Roseburg High School students as servers. The RHS food department will also be making desserts for the event.

A photo booth and silent auction will also be at the event. All proceeds will go to the RHS Choir Department to purchase new riser platforms.

Tickets: www.rhschoirs.com/dinner-theater-tickets available until May 18.