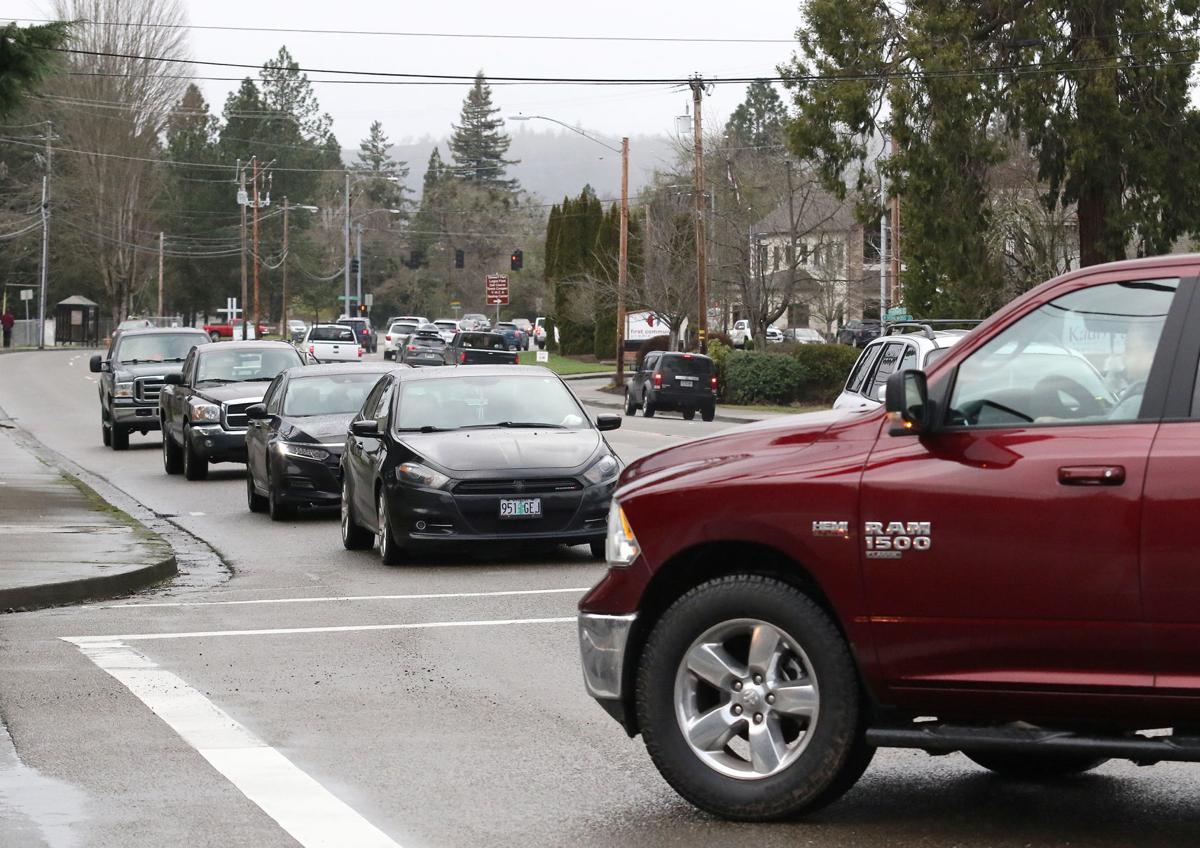 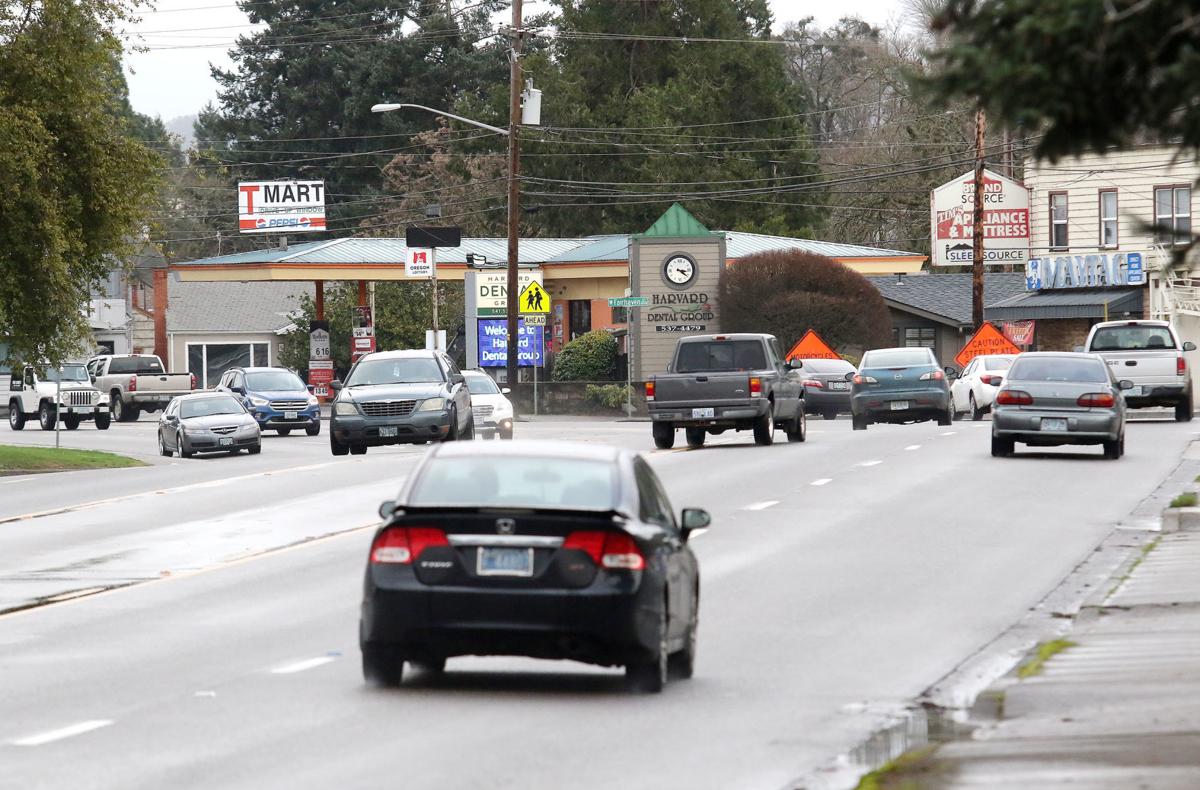 The last time the Roseburg City Council adopted a long-range transportation plan, in 2006, it called for $100 million worth of work to be done in the first five years of the plan. The city had nowhere near that kind of money to spend, and many of the projects fell by the wayside.

This time around, city councilors took a more realistic approach, which presented a different set of problems: how to spread a mere $6.5 million in transportation project funds over the next 20 years, still keep traffic manageable, and create the walkways and bike paths that residents are calling for. That was the dilemma before city councilors on Monday as they grappled with the Transportation System Plan, which is meant to guide transportation matters in the city through 2040.

“It’s not the most optimistic picture, I guess, but it’s important to note,” said Angela Rogge, an engineer with David Evans and Associates, Inc., of Portland, who helped create the plan. “This is a plan. It’s our best guess at what we can fund and what we know today.”

“At the most basic level, it provides a blueprint for all modes of travel: vehicle (both personal and freight), bicycle, pedestrian, transit, air, water, rail and pipeline,” the plan states. “It is also an opportunity to build on community values and protect what makes Roseburg a great place to live, work and visit.”

There are 28 projects identified as Tier 1, totaling just under $6.5 million in city-funded improvements, which includes several projects already funded within the Capital Improvement Plan and Diamond Lake Urban Renewal Plan. The remaining revenue is earmarked for maintenance and upgrades of the existing system.

The purpose of updating the TSP is to accomplish the following goals:

The TSP was guided by an advisory committee made up of 25 people, along with open houses designed to get input and help shape the content.

On Monday, more than a dozen people addressed the council. Most of them praised the work that went into the TSP but wished it had done more to calm traffic, especially on West Harvard Avenue and Northwest Garden Valley Boulevard, and provide more opportunities for walking and biking in the city.

One person who spoke was Douglas County Public Health Officer Bob Dannenhoffer, who also served on the transportation advisory committee. Dannenhoffer said Roseburg has a number of streets that are dangerous for pedestrians to cross — including Diamond Lake Boulevard and Old Highway 99 — and he wishes more had been done to address those problems.

Several people who spoke were affiliated with the group Bike Walk Roseburg, which advocates for more bike and walking paths in the city.

Burt Tate, a board member of Bike Walk Roseburg, said the TSP focuses too much on cars and not enough on people who wish to get around by other means.

“This whole transportation plan is about cars, moving cars from one place to another,” he said.

Several people who spoke complained about Harvard Avenue, and what a mess it can be at times for vehicles, bicyclists and pedestrians.

“I don’t know if you’ve walked along Harvard Avenue lately, but it’s not the most pleasant thing to do,” Jenny Carloni said. She and other speakers suggested the introduction of roundabouts in the city as a way to reduce traffic problems.

In addition to a lack of funding, producing the TSP was complicated by the fact that the Oregon Department of Transportation is currently studying some of the interchanges in the city, including exits 124 and 125, for future improvements.

Those changes will then need to be meshed with the TSP, Roseburg Community Development Director Stuart Cowie said. Cowie also suggested the council look at the TSP as an organic document subject to change, rather than an unvarying blueprint set in stone.

“You have to realize this is a 20-year plan and a lot changes in a couple of years, let alone 20,” he said.

The council approved the TSP on a 6-1 vote, with Councilor Ashley Hicks voting against. Hicks said she needed more time to examine the lengthy document.

Monday’s vote was the first on the TSP. A second vote is required before the plan is formally adopted. That vote is scheduled for Feb. 10.

Burt Tate told the Roseburg City Council on Jan. 27: “This whole transportation plan is about cars, moving cars from one place to another.” An earlier version of this article incorrectly attributed that quote to someone else.

Tips for taking the best photos for your travel memories

Travel to Rome through the pages of a good book

Tips for travelers with disabilities

Tips for taking the best photos for your travel memories

Travel to Rome through the pages of a good book

As I understand it, the engineering done on government-funded infrastructure projects is typically paid for as a percentage of the cost of the project. If that's the case and if you were the engineer, what would your motivation be to minimize the project(s) cost?

The last time there was talk about a roundabout it was at an unbelievable price tag if I recall correctly. As far as pedestrian safety crossing Highway 99 and Diamond Lake...use the crosswalks. Pay attention to traffic controls. And look both way before you cross the street.

The only way to safely cross over 99 and others, is to build sky bridges....or go under....