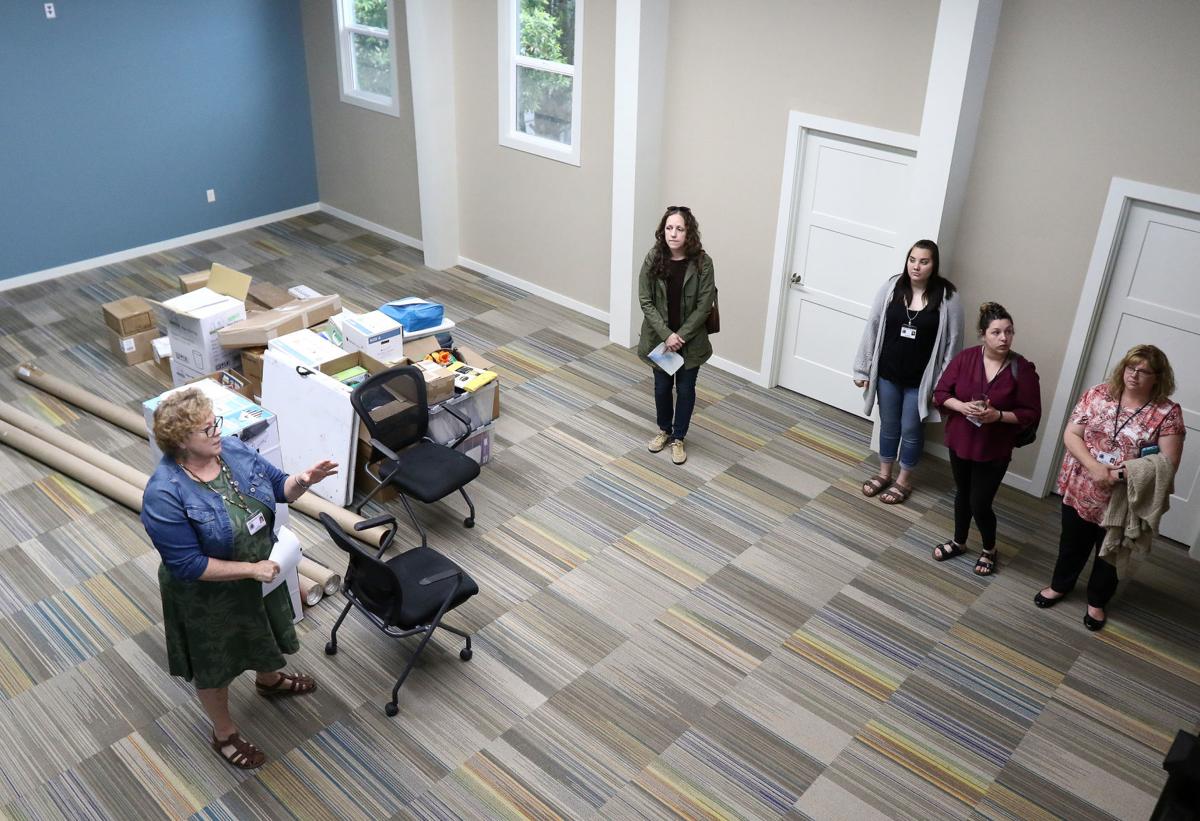 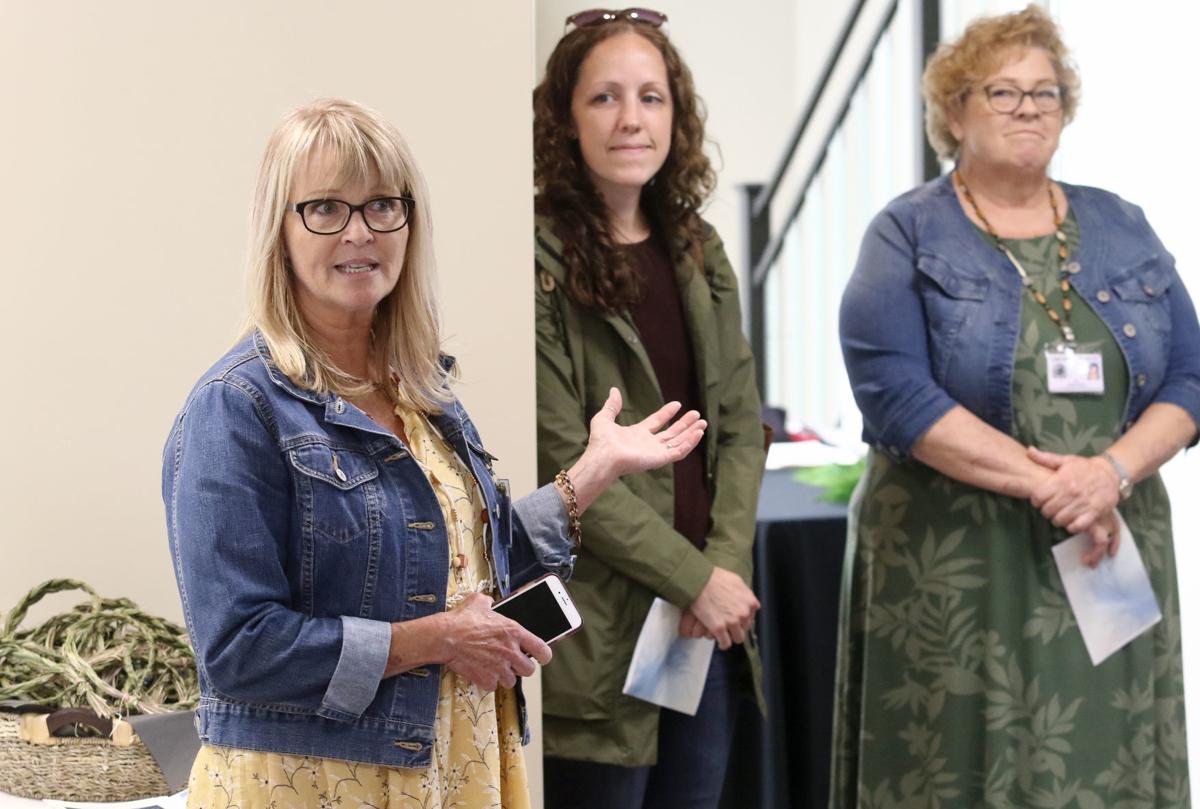 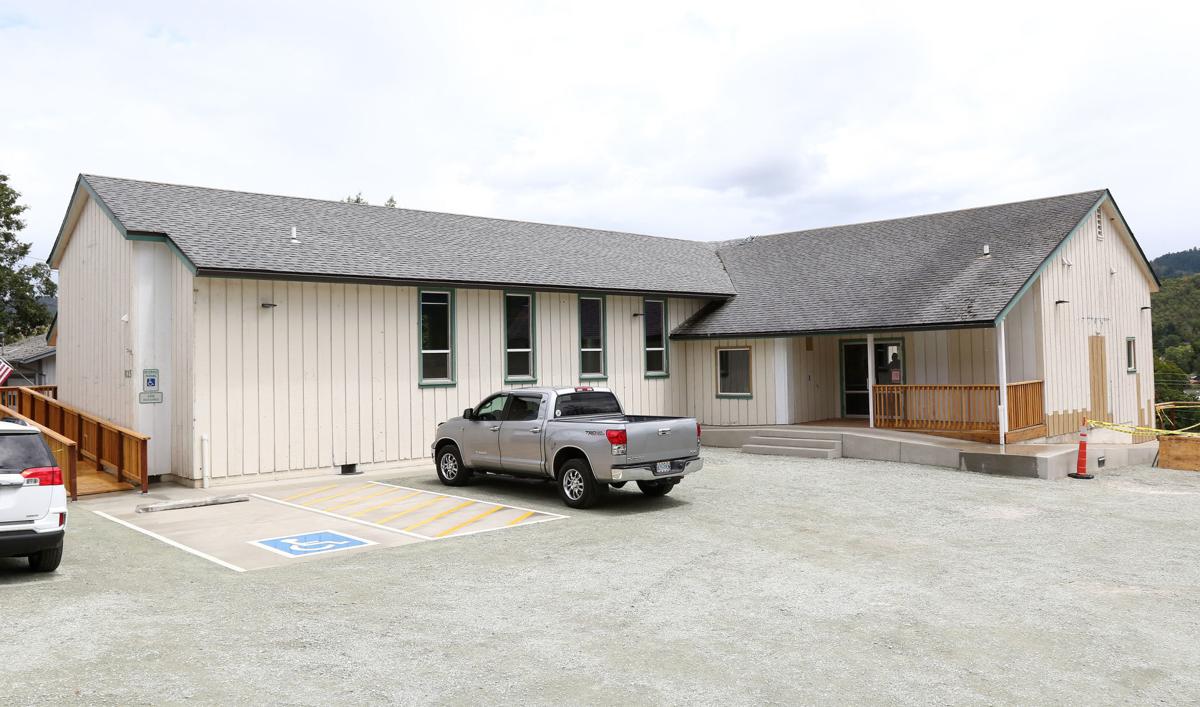 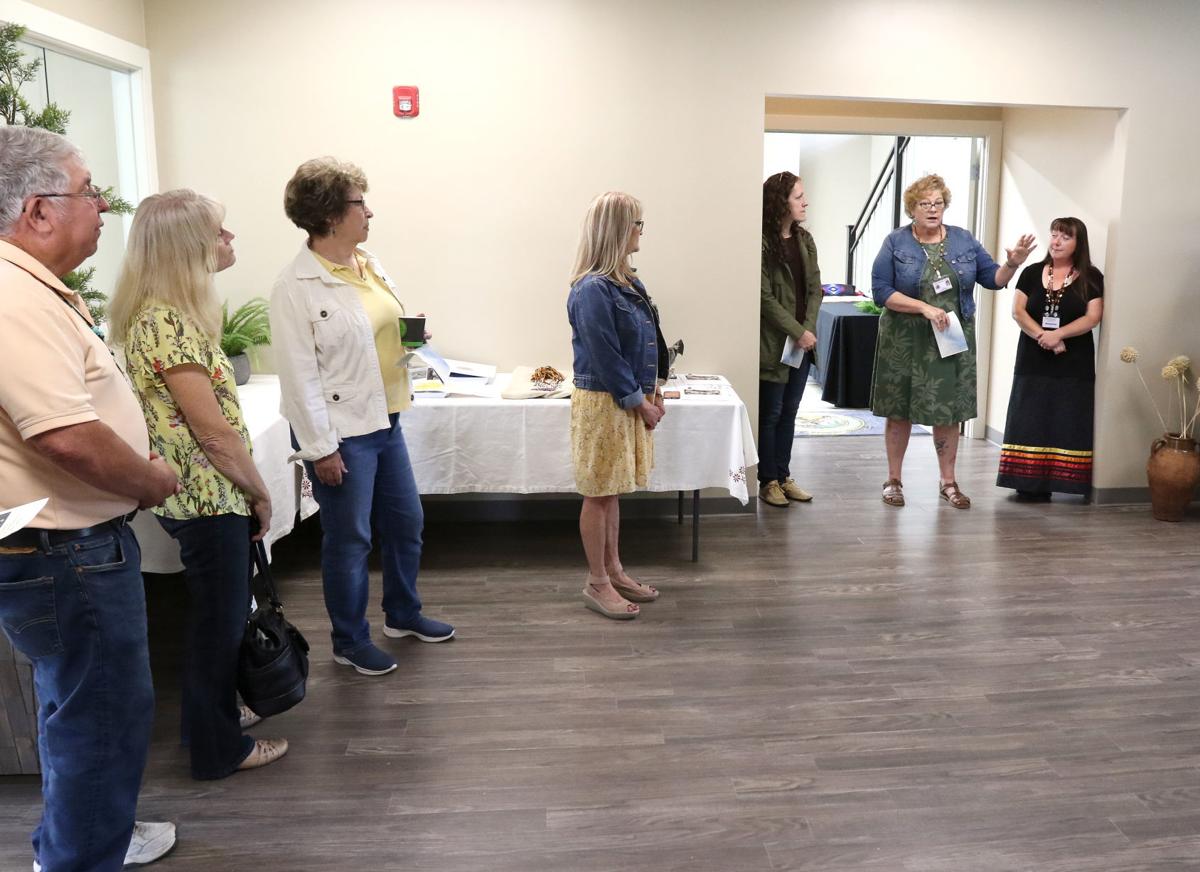 Tribal elders and members listened to the blessing spoken in their native Takelma language with hands down and palms up.

The reading and a “smudging” were part of a blessing ceremony for the Tribal Community Center for the Cow Creek Band of Umpqua Tribe of Indians in Myrtle Creek on Thursday.

Jennifer Bryant presented the smudging. She passed an abalone shell with smoking sage around the room with an eagle wing that attendees used to waft the smoke around the room and themselves.

“It’s a ceremony that we perform to collect all of the bad energies that has been in this place and to refresh it, to cleanse it,” Bryant said. “It’s always been done.”

Tables and chairs and toys are still packed into boxes in the middle of the preschool classroom, and the gathering room is still waiting on furniture to arrive.

The downstairs portion of the building needs accessibility work, but Education Director Tammie Hunt said it will be ready and in use before the end of July. The remodel of the former church began in the spring of 2018.

“I’ve been thinking about doing something like this for four years,” Hunt said. “The tribe doesn’t have a gathering area to do exactly what we did today, to sit around and have fellowship and be together and be a tribe. Putting this community center in, to me, is cradle to grave. To me, it’s a way to gather our people and have a gathering spot.

Tribal Community Center Manager Sandy Henry said she expects people to be using the remodeled church by the end of July for elder lunches twice a week and the tribe’s library.

“I have a lot of passion around the tribal library,” Henry said. “We have over 2,000 titles. When I first came on with the tribe two years ago, I knew absolutely nothing about the Cow Creek people. I felt like needed to take a total deep-dive immersion into who I was working for and the tribal library was a fabulous resource. I don’t think a lot of people even realized we had it or it was there.”

By the end of August, the center will be home to the tribe’s after school program and a new preschool program. Currently, the after-school program is housed in a rented space in Tri City.

The natural playground of bike paths and tables behind the building is still under construction. Hunt said they are planning to dedicate it to the preschool teacher, Sherri Hu, who passed away in a car accident in May.

“We’re going to eventually dedicate the playground to her,” Hunt said. “I’ve been working with her husband on how we want it dedicated. He wants to do some kind of a light to carry her light. She was a significant part of getting the preschool ready.”

Eunice Halstead is a tribal member and was hired specifically for the center after 25 years in schools and organizations around the county to cook meals and prepare snacks for the tribal members and community members.

“I’m really happy to be here and I think it’s going to be a wonderful thing when we get rolling,” Halstead said. “Right now we are doing the summer program lunches. Because they are doing field trips and stuff, I’m preparing sack lunches and sending them out.”

Michael Rondeau, CEO for the tribe, said he is happy to see the building filling a tribal need but also a broader community need.

“I like the name,” Rondeau said. “Because the community is not only tribal community, it’s the community. It’s just another way that we can help the community and help ourselves. I’ve said it time and time again, that high tide floats all ships.”

Cow Creek Tribe to get 17,500 acres of timber land restored

Evidently I’m the only person in Douglas county that is sick and tired of hearing about cow creek tribe, and how wonderful they are. First, if I were a member of this tribe I’d stick to my roots and not want all this casino stuff. Secondly, if I got the special tax benefits I’d give back a portion of my profits just like they are REQUIRED and last, they basically have a free hand in grabbing any chunk of land they want and putting it into their sovereign nation. What a joke. I just love to watch all the people patronize and gamble at the casino Saturday night and then head to church Sunday, and listen to what a sin gambling is. People have no principle.