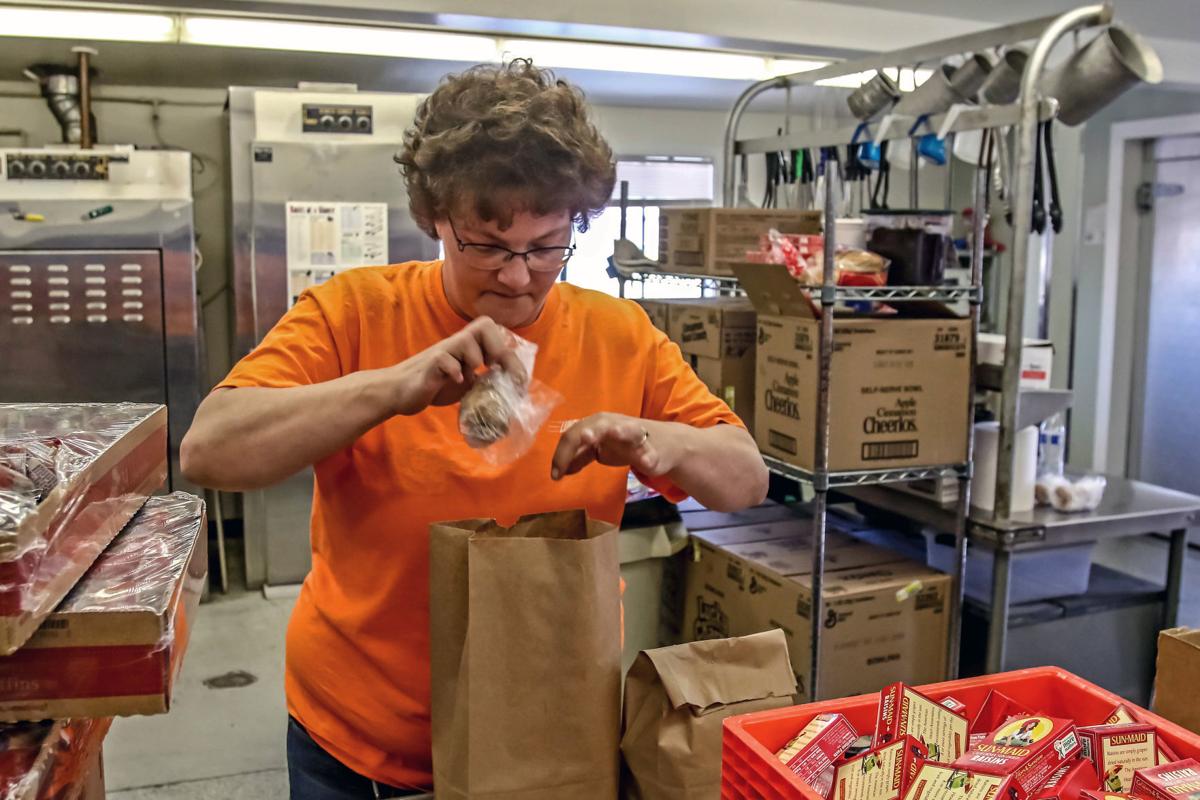 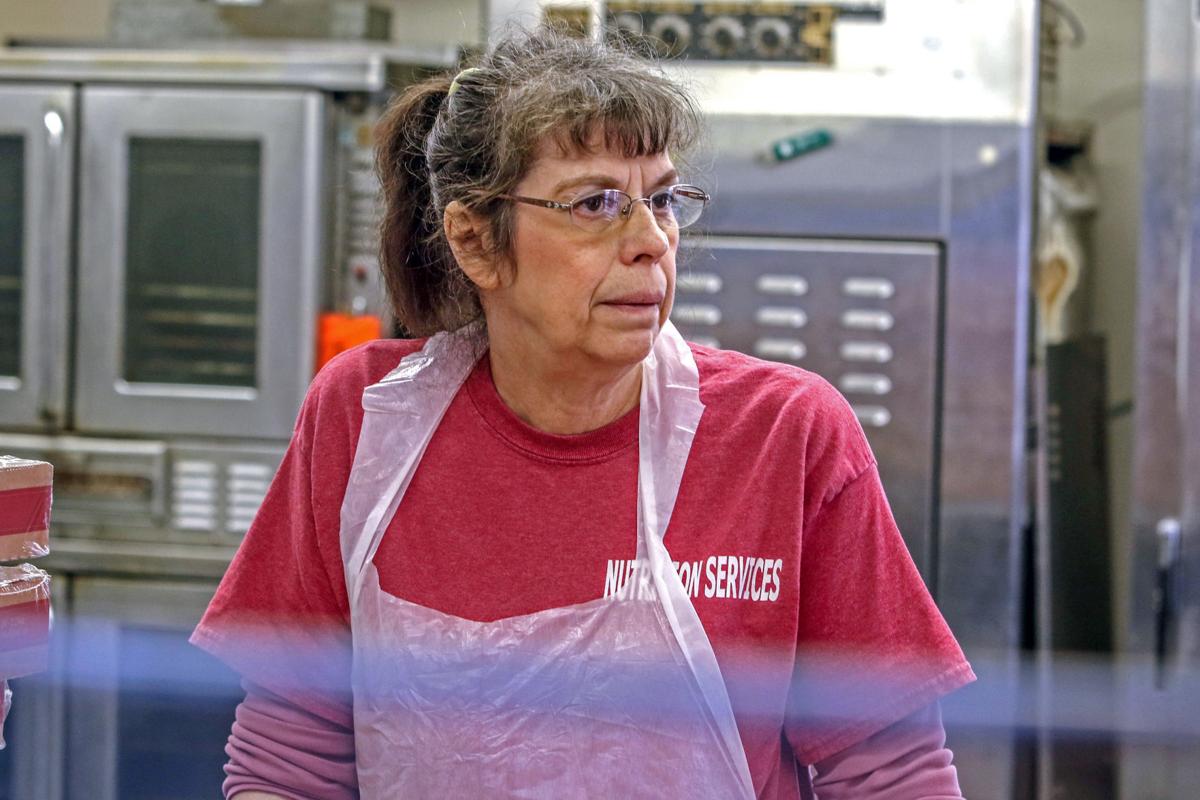 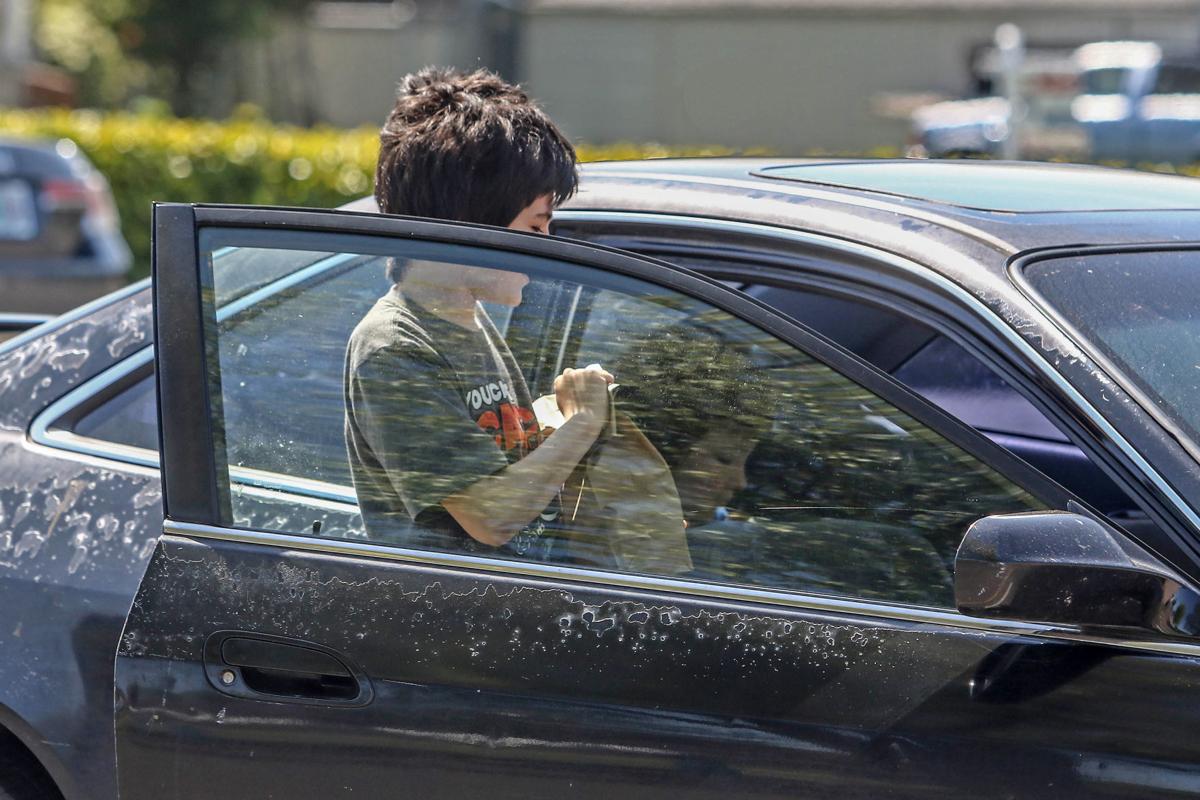 With his ‘grab-and-go’ meal in hand, Damian Burnett gets into the car with his brother and father at Winchester Elementary School on Monday.

With his ‘grab-and-go’ meal in hand, Damian Burnett gets into the car with his brother and father at Winchester Elementary School on Monday.

Roseburg Public Schools began adding a dinner item to its “grab-and-go” meals Monday, which was a welcome surprise to 10-year-old Damian Burnett.

“That’s awesome,” he said when he was told about the added dinner option.

Rianna Grubbs, nutrition services lead at Jo Lane Middle School, said the dinners would include items such as frozen chicken legs, chicken nuggets, bean and cheese burritos and chicken patties. All frozen items that would need to be reheated at home.

Dinners at the schools are stored in a freezer until they go out on the buses, because some of the bus routes take up to an hour and a half.

Roseburg Public Schools served meals to about 4,000 children each day in the past three weeks, with a peak each Friday.

Nutrition services staff at Winchester Elementary School on Monday said they are preparing food for the child care on site, United Community Action Network, the bus routes and the children who show up at their door.

Kristi Bracken, nutrition services lead at Winchester Elementary School, said some food items had to be substituted because of the scarcity of some items.

The school served muffins instead of cereal, because it was unable to get more. Bracken said she ordered 10 cases of cereal and received one.

“We’re going with it,” Bracken said. “We’ll see what happens.”

School buildings have been closed since March 16 and will remain closed for the remainder of the academic year, amid the coronavirus pandemic. Services such as child care and meals will be provided by school districts, while learning will be done remotely.

Meals are available for children up to 18 years old. Nutrition services staff members said the majority of meals are distributed on school buses.

Damian said he usually gets his lunch at the bus stop, but missed the bus. The family decided to come to the school to get the meal.

It was not only a chance for them to get a meal, but also to see some familiar faces.

Eric Burnett was excited to see Bracken and told her, “I want to go back to school.”

When asked why he wanted to return to school, Eric shrugged his shoulders and said he also missed going to the Boys & Girls Club of the Umpqua Valley.

Do parents send their children to school to get fed - or educated?