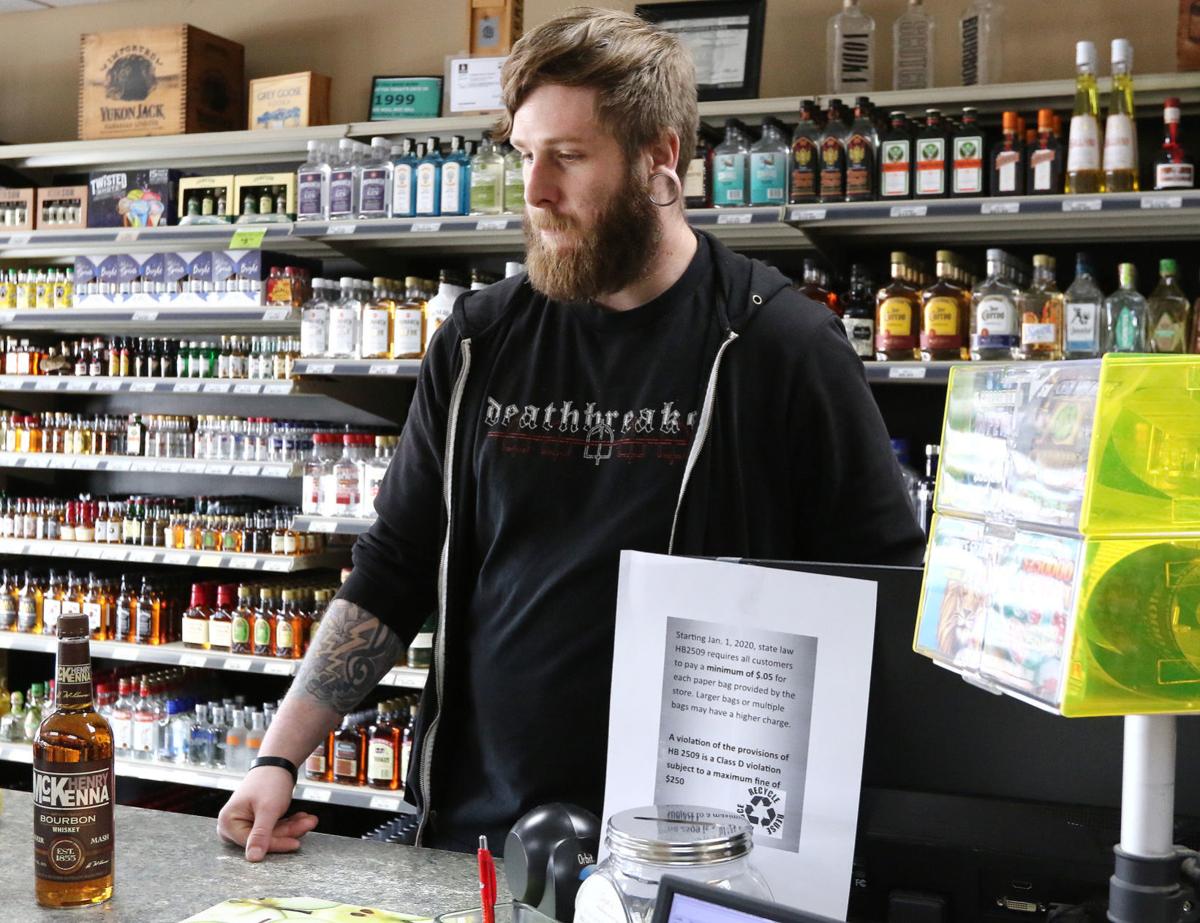 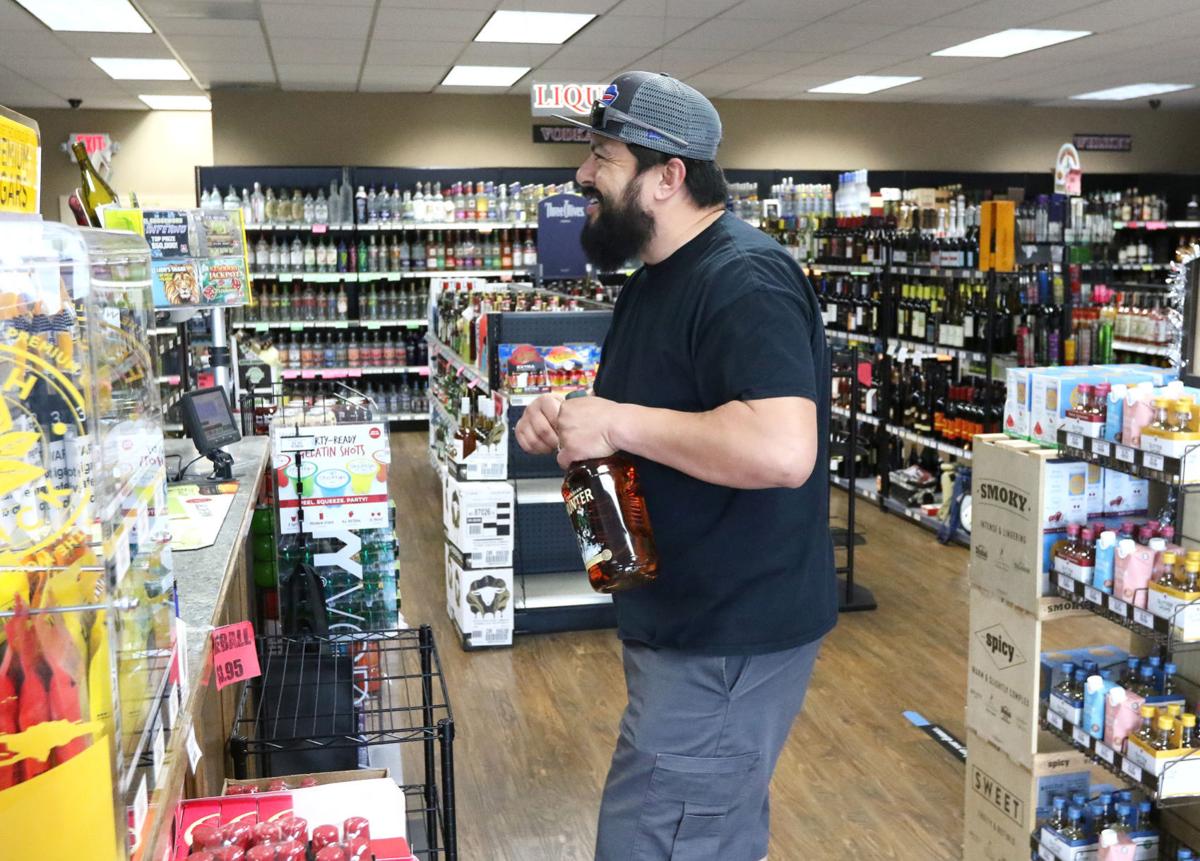 Omar Nunez of Roseburg shops at Garden Valley Liquor in Roseburg on Thursday.

Omar Nunez of Roseburg shops at Garden Valley Liquor in Roseburg on Thursday.

To make the classic margarita, you take 2 ounces tequila, 1 ounce lime juice and 1 ounce Cointreau. Shake together and serve over ice.

That and other recipes are what devotees of mixed drinks have had to learn since their neighborhood watering holes were shuttered in reaction to the COVID-19 outbreak. And that shift in drinking locations has been a boon for state-sanctioned liquor stores, which have seen healthy sales increases while just about every other business sector has been struggling mightily.

The upsurge in sales from OLCC liquor stores is attributed to changes in the way people drink their alcohol due to the coronavirus pandemic. Specifically, liquor consumption has shifted from sit-down bars and restaurants — which have been closed to sit-down customers for six weeks now — to people buying hard liquor at the liquor stores and drinking them at home.

“These numbers may be alarming to those concerned about alcohol dependency, but it reflects the shift in consumption, not an increase in consumption,” said Steve Marks, OLCC Executive Director, in a news release.

Tyler Schoffstall, a manager at the Garden Valley Liquor Store, said sales were up initially when possible restrictions were being discussed, but have tapered off of late. The store has “decent sales” from walk-in customers but is losing money with bars and restaurants being closed to sit-down service.

“Definitely when this whole virus started we were popping pretty hard, but things have settled down now,” Schoffstall said. “Our sales are definitely up but we also take a hit from the bars and restaurants being closed. We’re their warehouse.”

However, Schoffstall said he is confident things will work out at the store.

“Liquor sells itself,” he said.

Tough times aheadThat confidence is not necessarily shared by the other “vice” businesses around.

Breweries, which had been thriving and growing prior to COVID-19, are now forced to close their doors to sit-down customers and are trying to survive by selling their products with curbside service and takeout.

The nearly three dozen wineries in the county are also suffering deeply financially.

Terry Brandborg, president of the Umpqua Valley Winegrowers Association, said the grocery chains are doing well selling large volumes of lower-priced wine, much of it from out of the area.

It’s a different story for local wineries, he said.

“Locally, many of our Umpqua Valley wineries have closed their tasting rooms,” Brandborg said. “Like us, they are permitted to do bottle sales only, no tasting or consumption is allowed on the premises.”

To fill the void, wineries in the region are trying all manner of tactics to keep their customers happy and make a few dollars, he said.

“Some are doing deliveries, and most that are open offer curbside delivery, which for us means we will run a case out to their trunk or set a box outside of our door for them to pick up so they don’t have to enter the building,” Brandborg said. “Many are working on increasing their orders both by phone and online with some specials. We are offering $10 flat rate UPS shipping for case orders. And some are doing virtual tastings, some with food pairing ideas, or cooking demonstrations. We have just begun virtual tastings. It’s a good way to make new friends and hopefully, they will return to purchase more, or even join the wine club.”

Despite those efforts, industry insiders are predicting 40%-60% downturns in total revenues across the industry, and a number of businesses are predicted not to survive.

“It can look pretty bleak. Of course, this all applies across the whole supply chain,” Brandborg said. “We are in 25 states nationally with wholesale distribution companies and the orders coming in are pretty negligible, way, way down over what we should be seeing in the spring. And our friends in the on-premise sector are really hurting with restaurants and bars closed. It is going to remain a hard row to hoe for quite some time.”

Sales down all aroundThe dire situation in Douglas County is taking place at wineries across the country, according to a recent survey by WineAmerica, an industry trade group. The survey of 727 wineries in 45 states showed that between March 15 and April 15 the wineries saw an average of 124 visitors a day, compared to 1,482 during the same period last year.

“If the current situation continues through the end of May, wineries anticipate losing an average of $63,100 in lost sales,” the publication said.

Local cannabis dispensaries are also suffering as a result of COVID-19.

Rob Schuster, owner of FX420 at 161 NE Garden Valley Blvd. said there was an initial increase in sales before Gov. Kate Brown’s “Stay at Home” order was put into place. But due to safe distancing requirements, Schuster had to close his doors for a month and could only sell his products curbside. That cut his revenue by about 50%, he said.

Before COVID-19, FX420 was averaging about 12,500 customers a month, Schuster said. With fewer customers coming through, and the effort to control how many enter at a time, he was able to open his doors again recently.

“Now that I opened my doors I’m starting to come back a little bit, but it’s going to take a while to get back to normal,” he said.