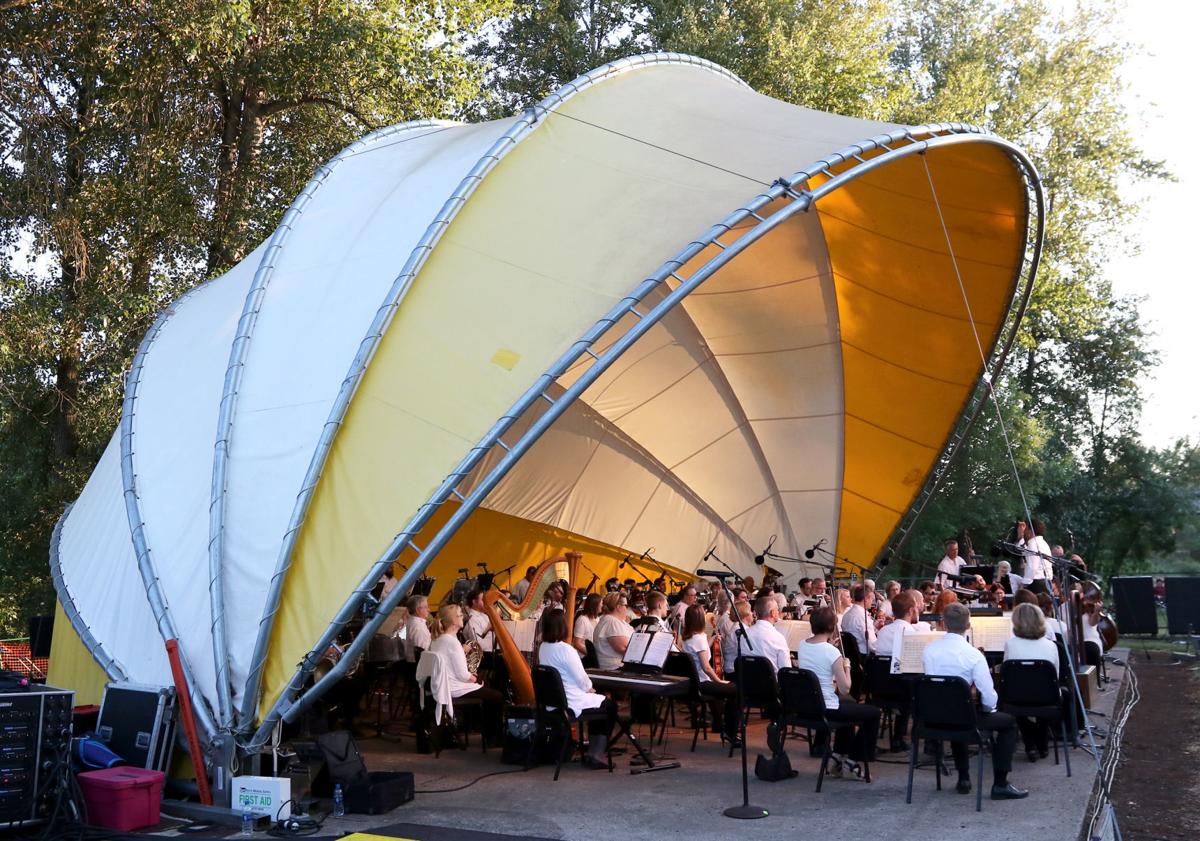 The Eugene Symphony and the Douglas County Youth Orchestra perform during a 2019 Music on the Half Shell concert in Stewart Park in Roseburg. Committee President Clint Newell said Thursday the concert series has been canceled for the 2020 season. 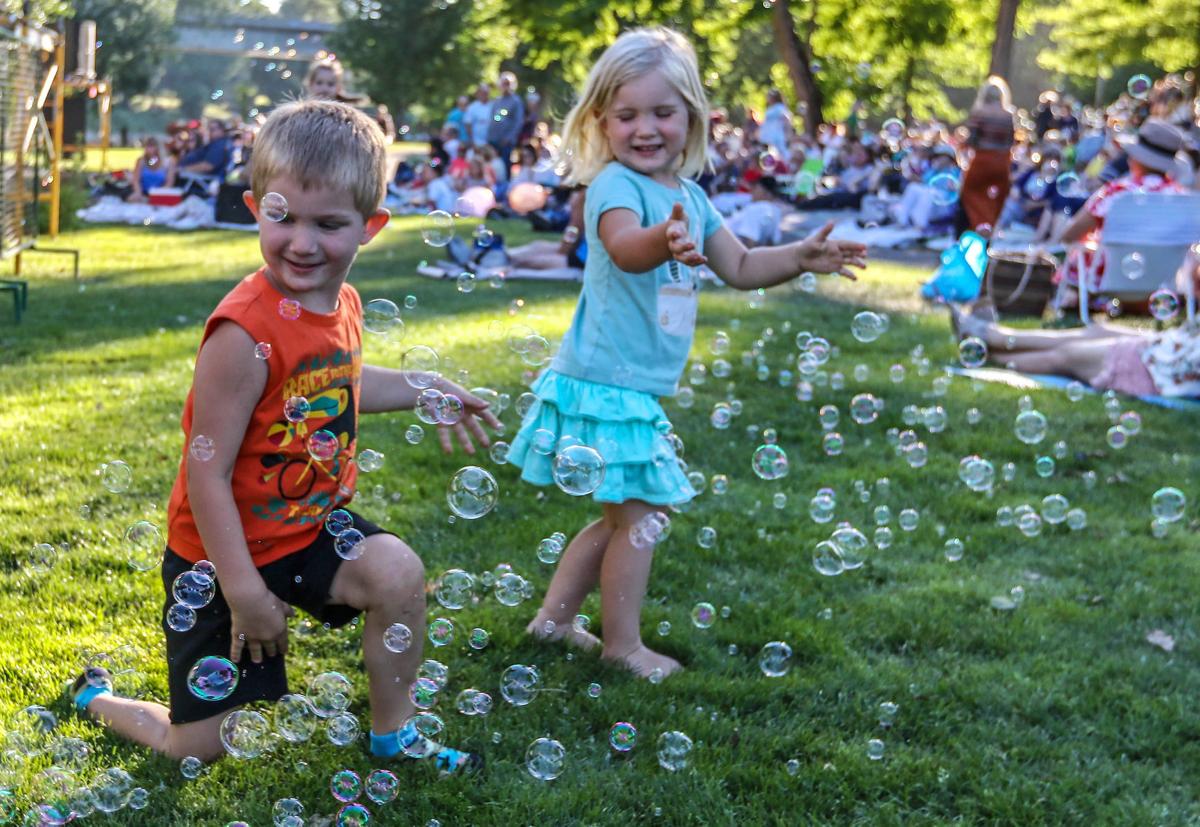 Dean Lazur, 5, and Nora Lazur, 3, play with bubbles before the start of the first Music on the Half Shell concert series Tuesday at Stewart Park.

The Eugene Symphony and the Douglas County Youth Orchestra perform during a 2019 Music on the Half Shell concert in Stewart Park in Roseburg. Committee President Clint Newell said Thursday the concert series has been canceled for the 2020 season.

Dean Lazur, 5, and Nora Lazur, 3, play with bubbles before the start of the first Music on the Half Shell concert series Tuesday at Stewart Park.

The Music on the Half Shell summer concert series has been canceled, committee president Clint Newell confirmed Thursday.

It becomes the latest high-profile event to be canceled as a result of the current restrictions on large gatherings in place because of the COVID-19 pandemic.

“We determined that we are going to be unable to hold any concerts this year,” Newell said. “With the current restrictions in place and the lack of clarity regarding events and crowds, it’s just pushing it to the point where we can’t get anything going.”

Oregon Gov. Kate Brown announced May 7 that all large gatherings, such as sporting events, festivals, concerts and fairs, will remain off-limits through at least September. Local events such as the Sutherlin Blackberry Festival and Summer Arts Festival have already announced cancellations. The Oregon State Fair has also canceled. County officials have not yet announced if the Douglas County Fair, currently scheduled for Aug. 4-8, will follow suit.

Brown also said local gatherings of up to 25 people will be allowed during Phase I of the state’s reopening plan, which Douglas County received the green light Thursday to begin, but Newell said the restriction still “limits all potential events,” especially because no one knows how long those restrictions will be in place.

“We have hit the point of no return from a planning standpoint of being able to schedule any concerts with any kind of certainty,” Newell said.

Instead, Newell said the committee hopes to hold some sort of radio program highlighting the series’ 28-year history.

“We will invite people to share their favorite shows and memories of Music on the Half Shell and then we will highlight some of the artists that have played for us over the years, do some artist interviews and various things like that,” Newell said. “Just some things that will be fun for people to listen to and to reminisce a little bit.”

According to Rachelle Carter, vice president of Brooke Communications, the plan is to host a show on Best Country 103 at 7 p.m. Tuesday nights from June 30 to August 25. The show will run for about 90 minutes and include music from past artists, interviews with bands, fans, Music on the Half Shell committee members, crew and sponsors. Carter, a former committee member and emcee for the concerts, will host the program.

Newell said from a financial standpoint the program will be fine.

“Fortunately, we don’t really spend our money until the season starts,” Newell said. “We have had some expense incurred with preliminary marketing and things, but all the big stuff is suspended until next year. We are just kind of putting everything on hold.”

Held at the Nichols Band Shell in Stewart Park since 1992, Music on the Half Shell strives to bring something for everyone.

“Our original vision was we were going to get music that you couldn’t get without going out of town and spending a lot of money,” founding member Dick Nichols said in a 2013 interview.

The series, which began hosting only five regional groups and has now grown to eight shows, has hosted various musical genres from across the globe. Artists have included popular names such as Lyle Lovitt, Rosanne Cash, Etta James, Dixie Chicks, Portland’s Pink Martini and ZZ Ward, a Los Angeles musician who grew up in Roseburg and graduated from Glide High School.