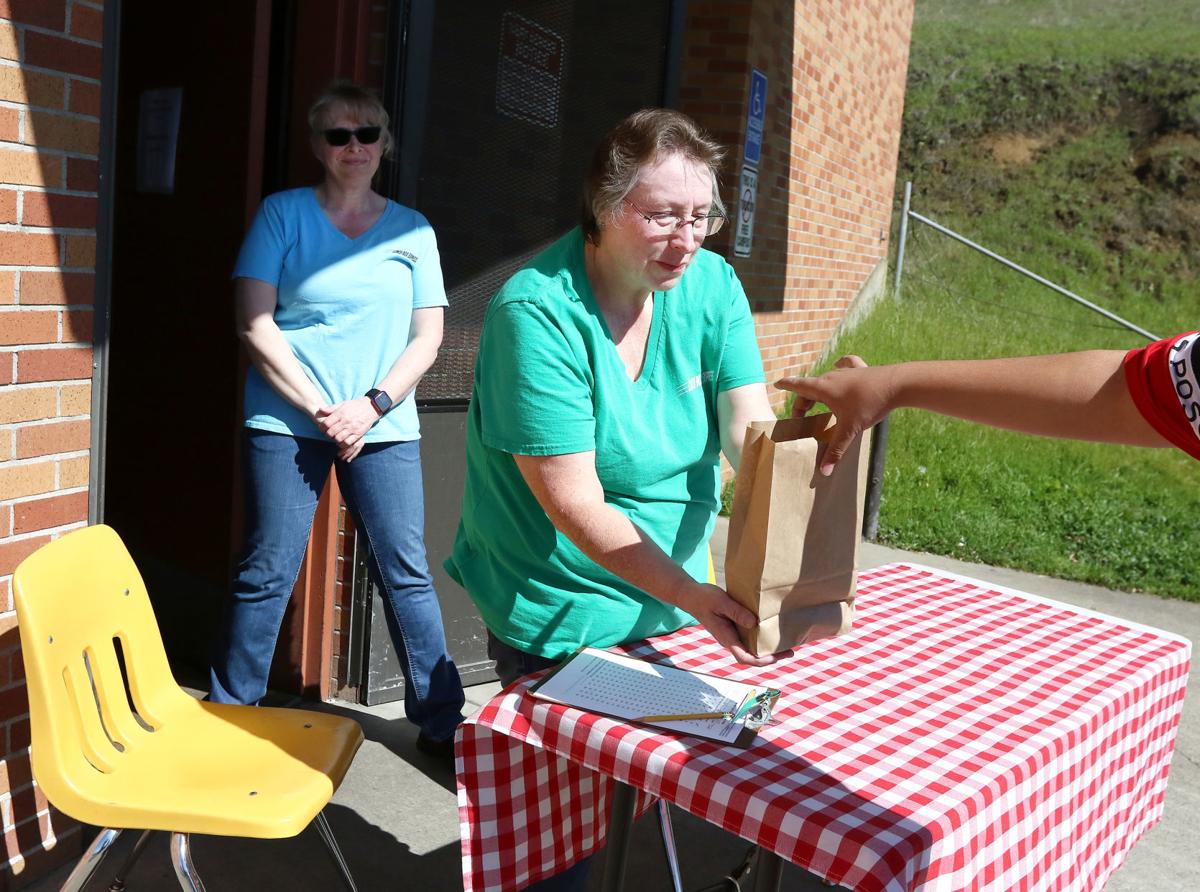 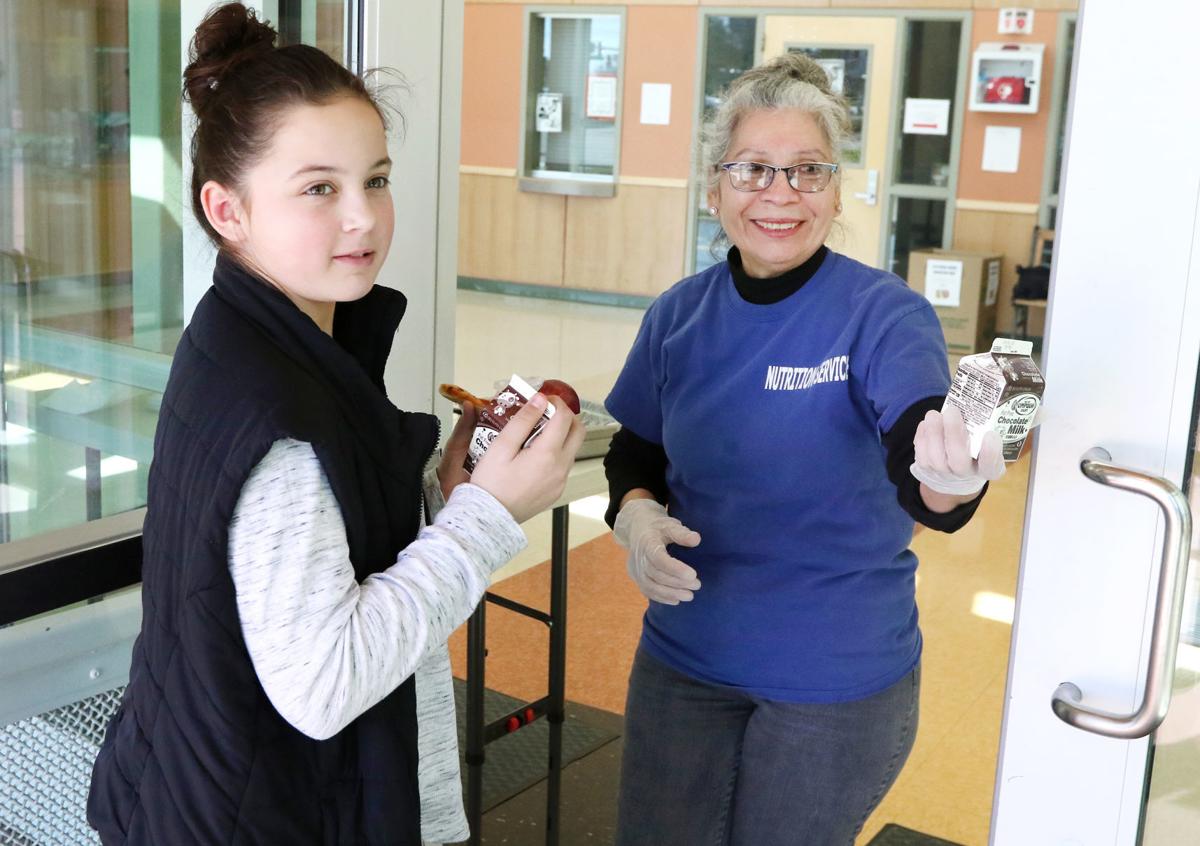 Madilyn Plale of Roseburg picks up take-out lunches for herself and a sibling from Roseburg High School food service employee Marlene Spurgeon on Thursday at the school.

Madilyn Plale of Roseburg picks up take-out lunches for herself and a sibling from Roseburg High School food service employee Marlene Spurgeon on Thursday at the school.

On Monday, 122 school lunches were served within the boundaries of the Roseburg school district to children up to 18 years old. On Wednesday, 360 children ate lunch served by nutrition services company Sodexo.

Kyle Micken, Sodexo area manager, said he saw the same in the other districts that use the nutrition services company he works for, Winston-Dillard, South Umpqua and Yoncalla.

“On the second day it doubles and we see tripling in the third day,” Micken said. “I think it will continue growing.”

Under an executive order from Gov. Kate Brown, public kindergarten through 12th grade schools closed their doors to students on March 16 amid the coronavirus outbreak.

Lunch is still being served to public school children in Oregon

Meals still on the table

Brown stated the closing of schools was not done to curb the spread of COVID-19, but rather because of operational issues that became apparent as elderly people and those with underlying health conditions were urged to stay home.

As part of the governor’s orders, schools need to continue providing meals to students that can be consumed off site as social distancing rules are in effect.

Not all schools are serving breakfast, but in Roseburg, those numbers also increased significantly throughout the first week with 12 breakfasts disbursed on Monday, 61 on Tuesday and 95 on Wednesday.

Schools will remain closed to students until April 28 and school districts are adjusting the way food will be delivered to students.

Roseburg and Winston-Dillard will work with First Student, the school bus company, to start delivering to bus stops while also continuing to keep the schools open for students to come and get a sack lunch, starting on April 1.

Roseburg Public Schools Superintendent Jared Cordon said he hopes to get the finalized routes on Friday and share those with families in the district as soon as those are available.

First Student did not immediately respond to an email from The News-Review.