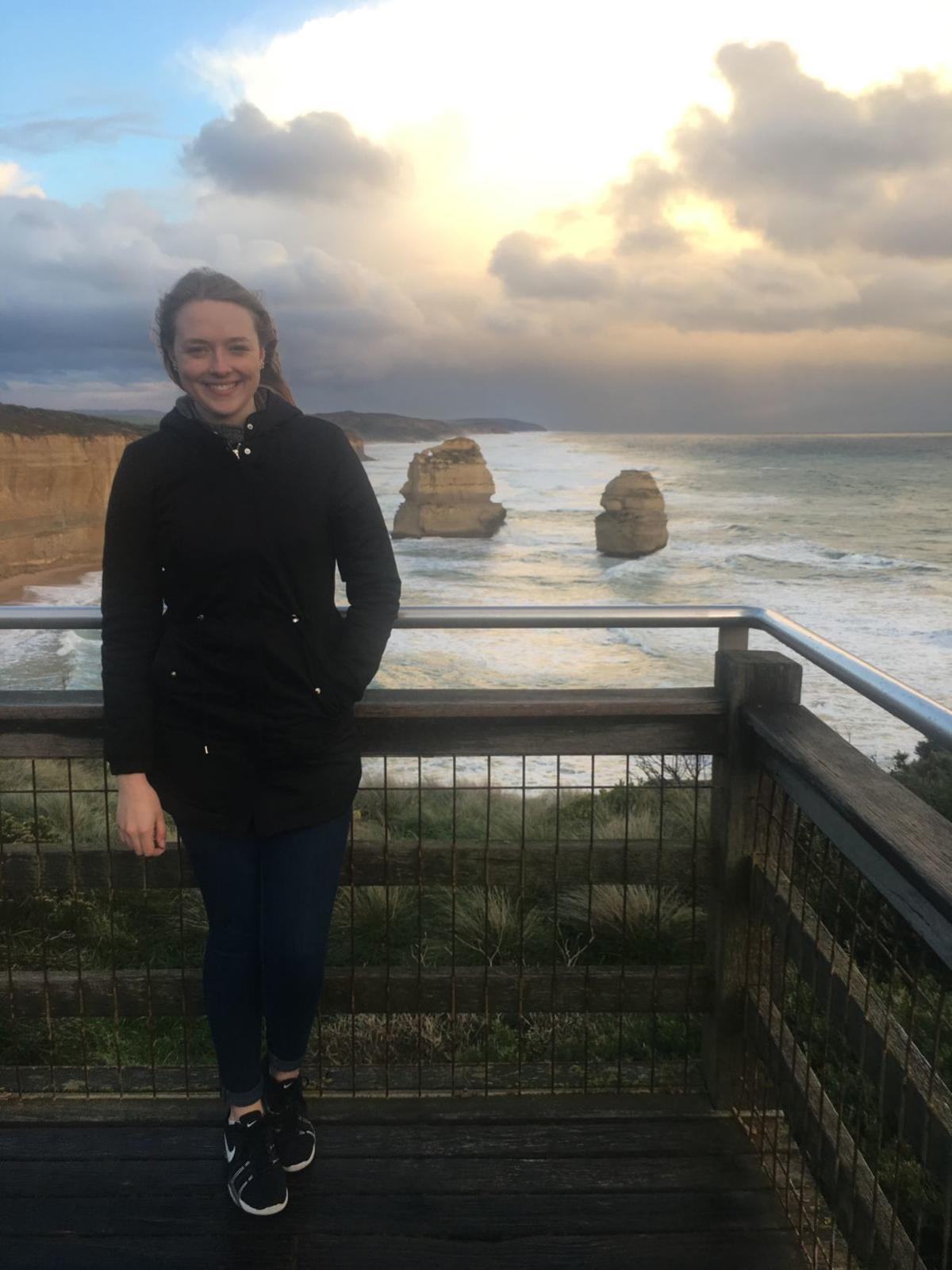 Kelsey Fieldman at the Twelve Apostles National Park on the Great Ocean Road outside of Melbourne, Australia in June 2017. 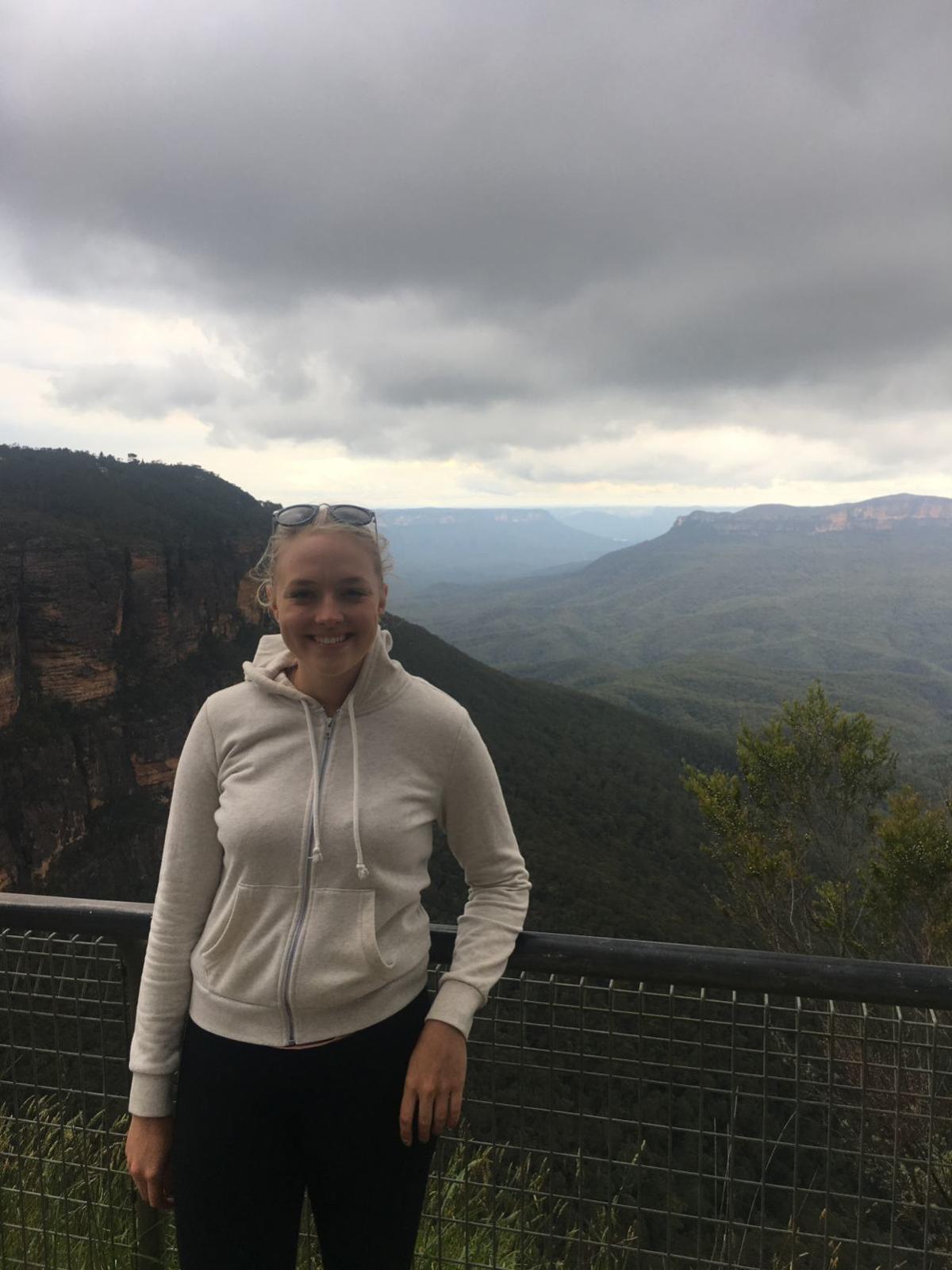 Kelsey Fieldman at the Blue Mountains National Park outside of Sydney, Australia in December 2017. 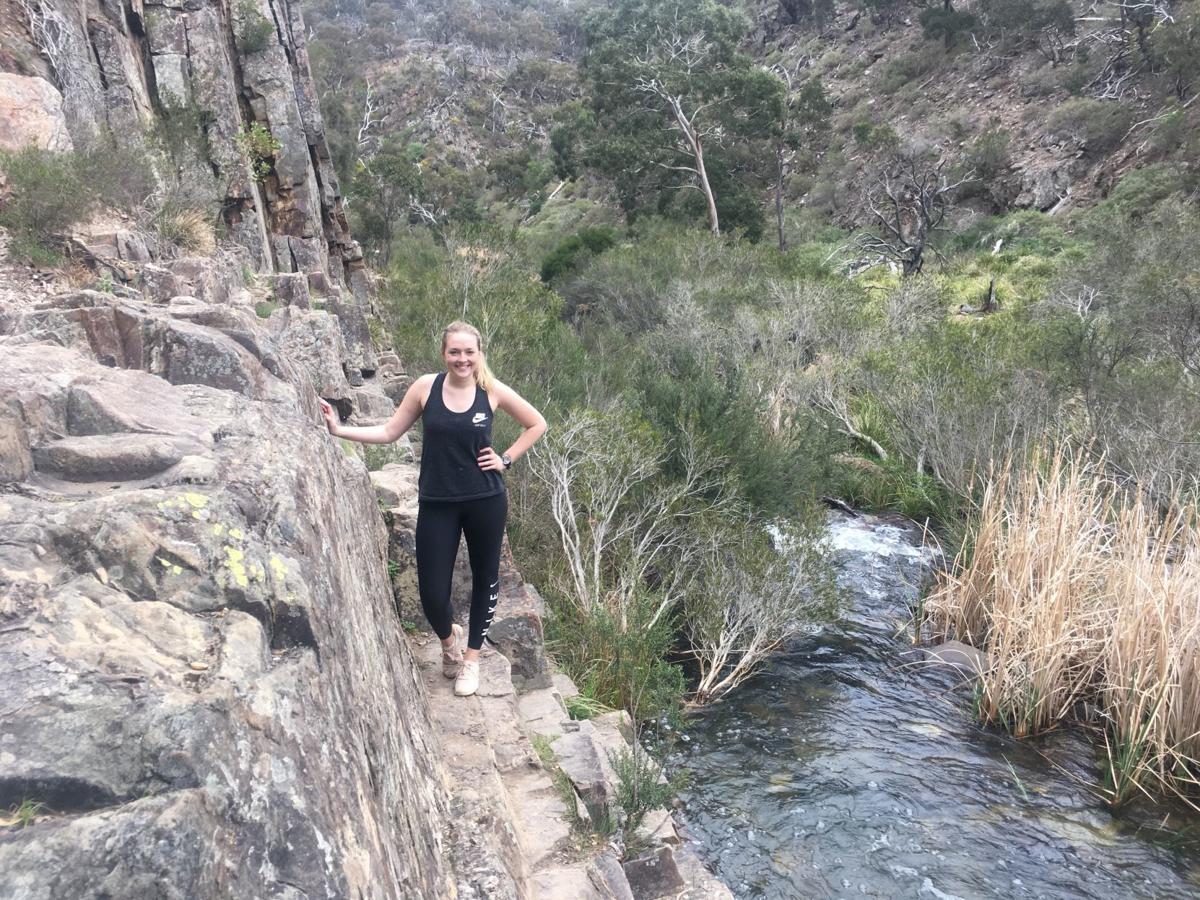 Kelsey Fieldman hiking in the bush outside of Melbourne, Australia in October 2018. 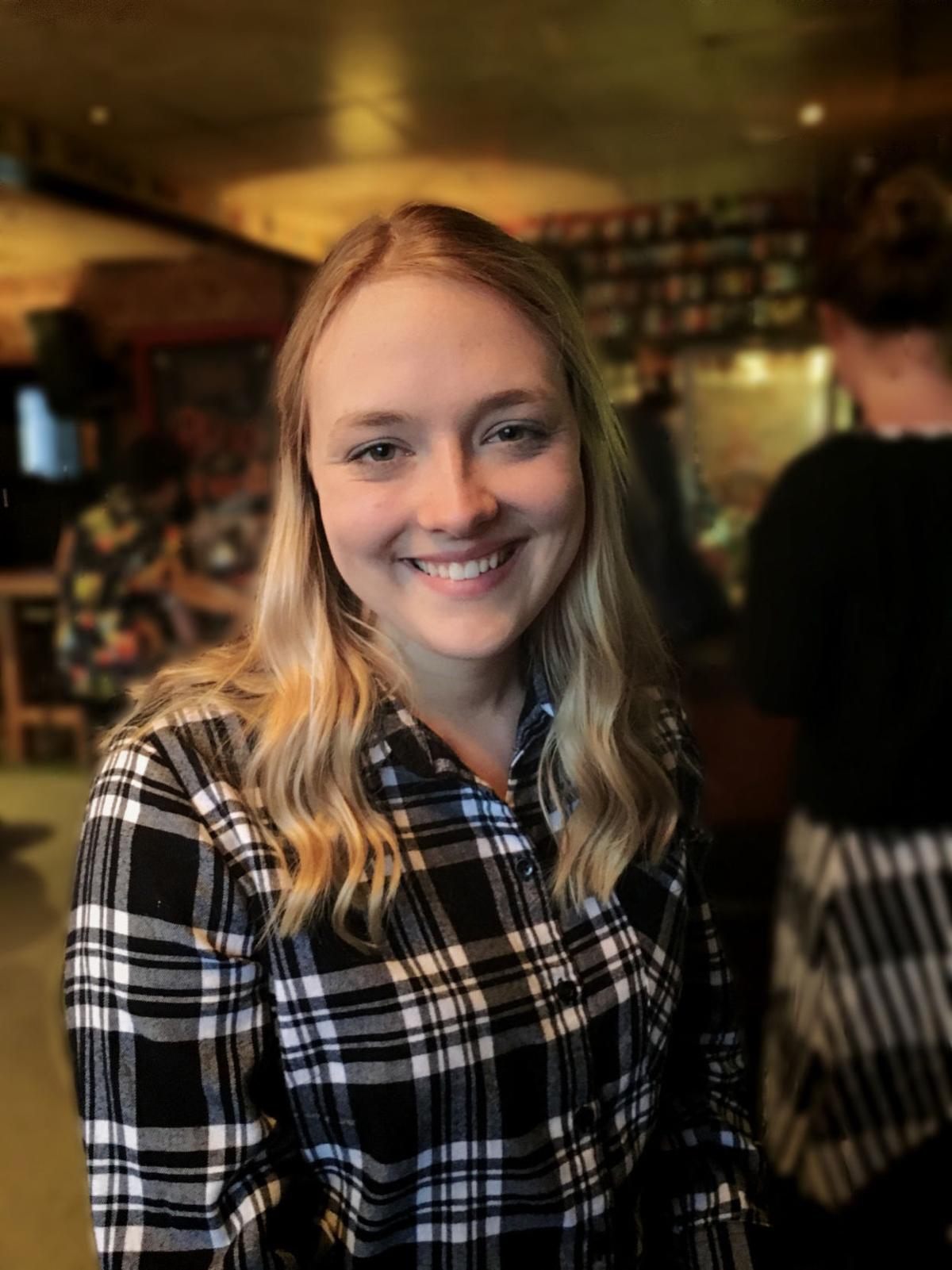 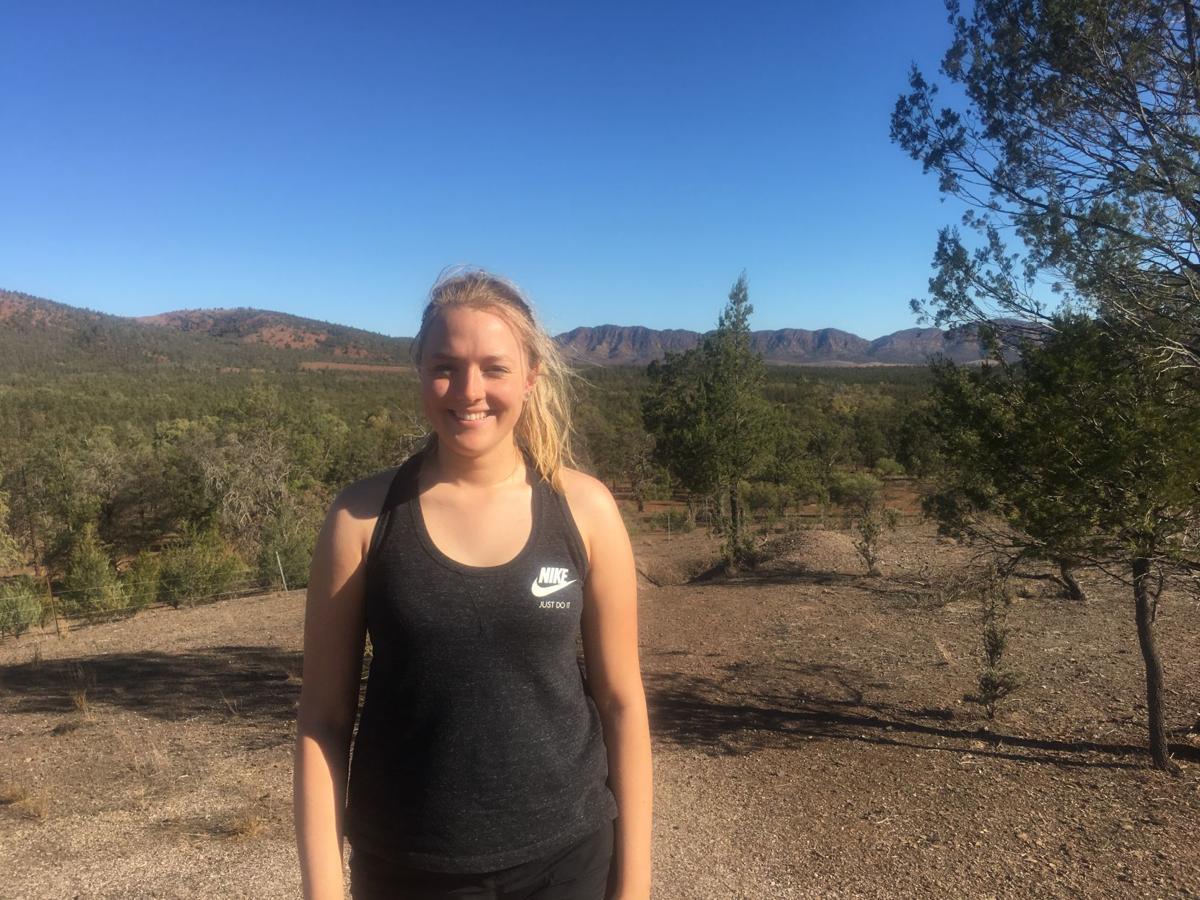 Kelsey Fieldman hiking in the outback in South Australia in December 2018. 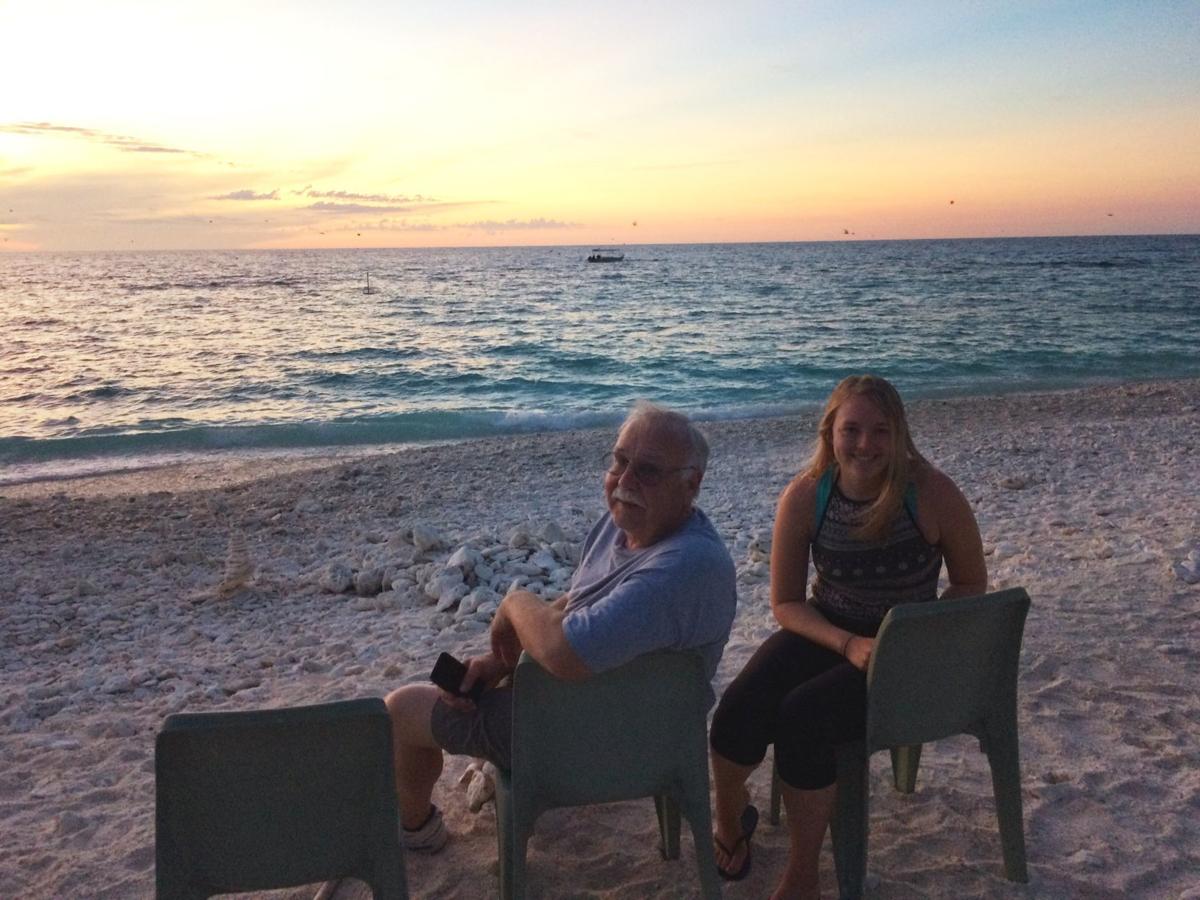 Kelsey Fieldman with her father Mike Fieldman at the Great Barrier Reef in Australia in October 2018.

Kelsey Fieldman at the Twelve Apostles National Park on the Great Ocean Road outside of Melbourne, Australia in June 2017.

Kelsey Fieldman at the Blue Mountains National Park outside of Sydney, Australia in December 2017.

Kelsey Fieldman hiking in the bush outside of Melbourne, Australia in October 2018.

Kelsey Fieldman hiking in the outback in South Australia in December 2018.

Kelsey Fieldman with her father Mike Fieldman at the Great Barrier Reef in Australia in October 2018.

A 2013 Roseburg High School graduate studying and working in Australia said she feels a bit safer in that country right now, where COVID-19 infection rates are much lower than in the United States

She spoke to The News-Review over FaceTime last week about what it’s like to experience a pandemic while living on the other side of the world.

Fieldman is studying for a master’s degree in health and human services management at Deacon University in Melbourne. She also works in the health and wellness department of a private health insurance company.

She first visited Australia in 2017 after graduating from Oregon State University in 2016. She had planned to travel to Thailand instead, for a scuba diving trip with a friend. But when the friend had to have shoulder surgery, and she was on her own, she picked a country where she could scuba dive, but also feel safe traveling on her own. Australia fit the bill.

She loved it so much that she obtained a one-year work visa so she could spend more time in the country. Then she fell in love and decided to stay.

Fieldman said Australians have been in lockdown and under a travel ban for almost two months, but the payoff has been a very low infection rate.

Australia has 6,833 COVID-19 cases as of this week and 93 deaths from the disease. Of course, Australia’s population is smaller than that of the United States. But even so, it had about 271 cases per million at the time of our interview, compared with 3,145 cases per million in the U.S.

Anyone who tests positive for the disease is placed in a government quarantine, and people caught traveling for nonessential reasons can face heavy fines.

In addition to the lockdown, Fieldman attributes Australia’s low COVID-19 infection rate to the federal government’s centralized, coordinated response to the pandemic and to its public health system.

There is no shortage of tests, and anyone with symptoms is encouraged to get one.

Also, in Australia, everyone is on Medicare. That means there’s no payment for basic health care like emergency room visits and primary care, guaranteeing everyone a basic level of safety.

Of course, there’s a tax, but Fieldman said it’s not high. She paid the equivalent of $1,150 in U.S. dollars for Medicare taxes last year, she said.

In the midst of a pandemic, Fieldman said guaranteed basic health care helps keep everyone safe because no one hesitates for financial reasons to reach out for help when the symptoms of COVID-19 first appear.

“In a situation like this and really in health care in general, everyone is better off if everyone has access to health care,” she said.

Where private insurance comes in is to cover specialty healthcare, from physical therapy to hip replacement surgery, she said.

“From a financial perspective, it doesn’t make sense just to treat people when they get sick. Why wouldn’t you want to prevent them from getting sick?” Fieldman said.

Australia was already in the midst of another crisis when the disease began to spread. The 2019-20 bushfire season destroyed millions of acres of forestland and thousands of homes in the country. The fires peaked in December and January, which are Australia’s summer months, and Australia’s first COVID-19 case was reported Jan. 25.

“People could, in theory, get both at the same time, which could be really, really dangerous and could lead to high mortality rates,” she said.

Until now, if she needed to get home, she could get here in about 24 hours. Now, that’s not so certain.

She misses her family back in Roseburg, and said if she had one piece of advice for everyone back home, it’s this: “I just hope that everyone is taking advantage of the time they have with their families.”

An earlier version of this story gave an incorrect figure for total COVID-19 cases in Australia. The current number of those who've tested positive for the disease there is 6,883.