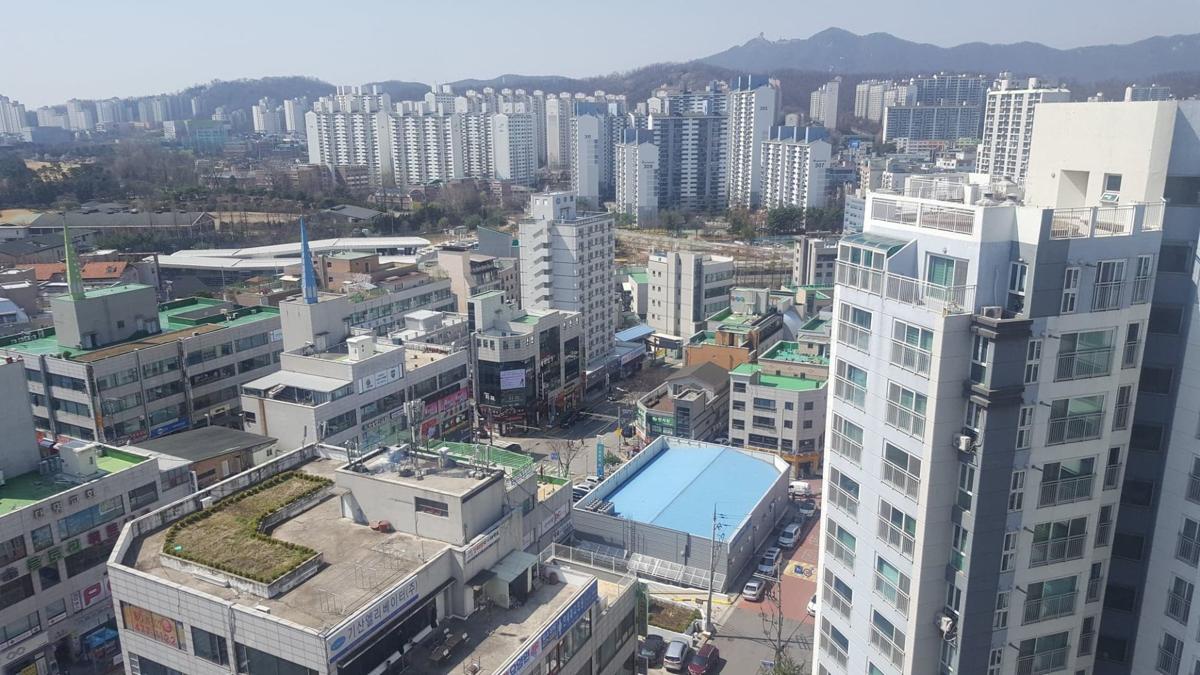 A view from Roxy Lee’s apartment in Gyeonggi-do, South Korea, this past month. Gyeonggi-do is home to nearly 6 million people, with many living in small apartments in buildings that can hold thousands of people. Meanwhile, South Korea’s overall infections has yet to eclipse 10,000 people, in part due to the country’s culture and the precautions people are taking. 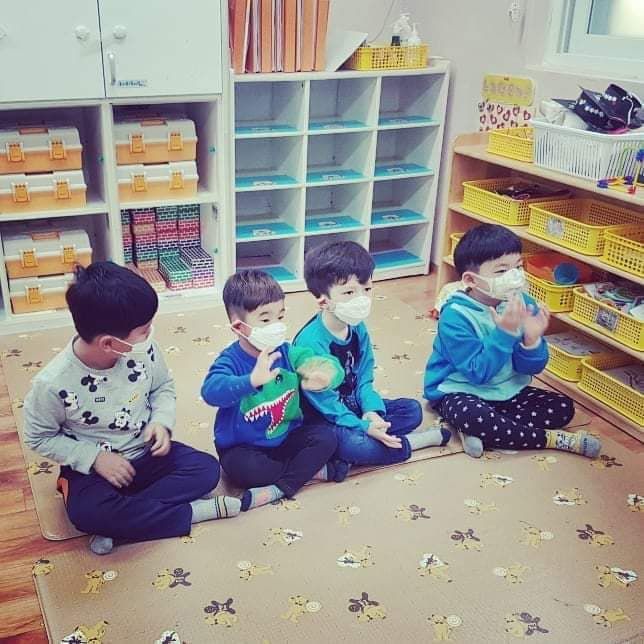 Roxy Lee’s 4-year-old son, Sage, second from right, talks at school in South Korea while his instructor teaches him and the other students in his class about good hygiene and the coronavirus. 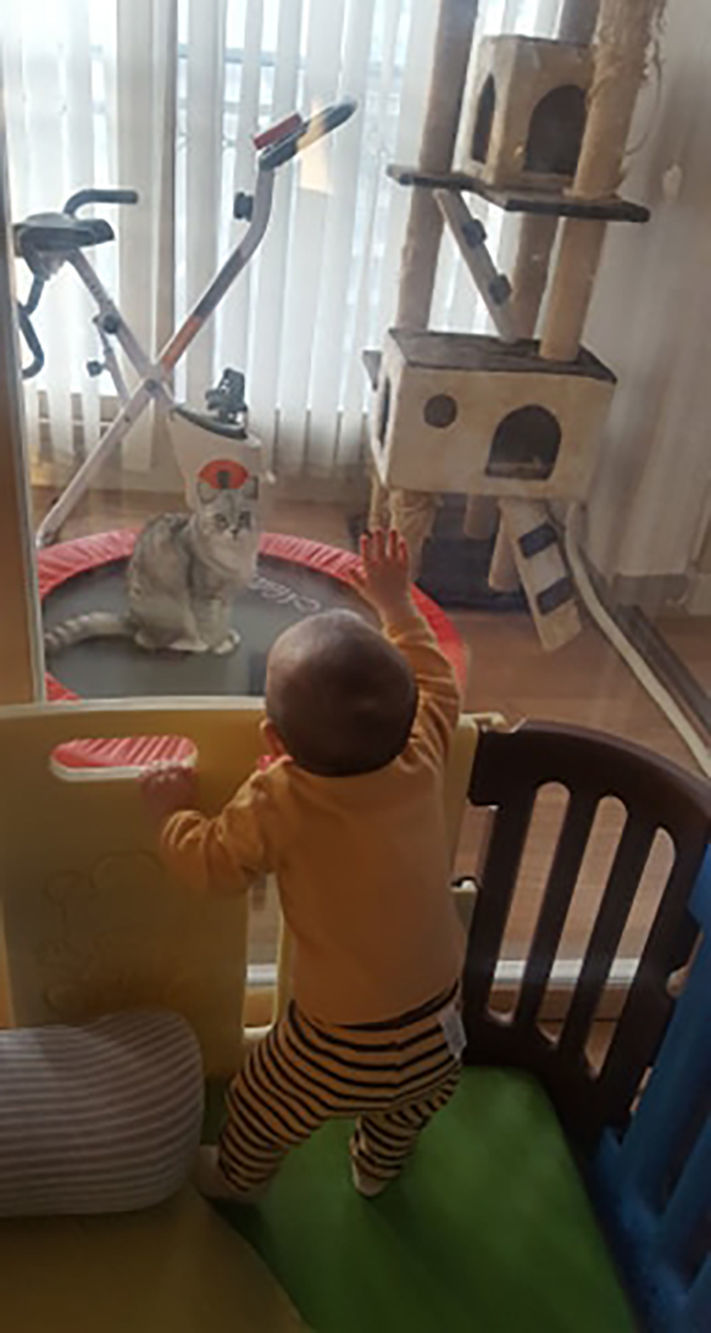 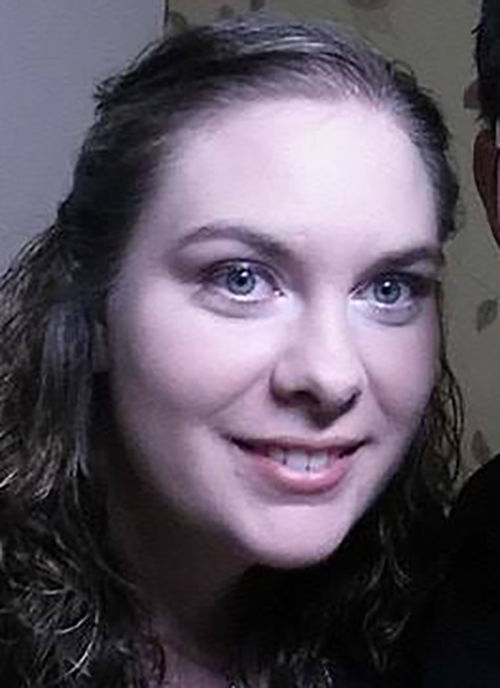 A view from Roxy Lee’s apartment in Gyeonggi-do, South Korea, this past month. Gyeonggi-do is home to nearly 6 million people, with many living in small apartments in buildings that can hold thousands of people. Meanwhile, South Korea’s overall infections has yet to eclipse 10,000 people, in part due to the country’s culture and the precautions people are taking.

Roxy Lee’s 4-year-old son, Sage, second from right, talks at school in South Korea while his instructor teaches him and the other students in his class about good hygiene and the coronavirus.

News of the coronavirus outbreak in South Korea in the middle of February wasn’t something Roxy Lee was in a hurry to tell her friends and family in Oregon about.

Two months later, Lee, a graduate of Roseburg High School who has been living in South Korea for more than a decade, said the message is pretty clear.

“I’m very direct and consistent with what I tell people,” said Lee, the former Roxy Wilson and mother of two boys. “I’m really worried about how things are going to go over there in the next couple of weeks. I know it’s really annoying and feels like a real inconvenience to be stuck at home. I know there’s so many things I love to do. But for the health of my family, it’s better that I stay home.”

Lee, who is in the seventh week of a self quarantine with her two sons, said she knows some families that went into self isolation two weeks earlier and others who started two weeks later.

Many have taken to that in densely-populated Gyeonggi-do, a city located an hour’s drive south of Seoul where many of its residential units are in multi-story apartment buildings.

Regardless, she’d rather be there than in Douglas County.

“No one in the States has said this to me, but Jinsung (Roxy’s husband) did mention a couple times he wished I would just take the boys to the US,” Lee said in a March 2 Facebook post she shared with The News-Review. “I definitely feel much safer being here than face the uncertainty of the US and how they might handle this outbreak.”

South Korea’s infection spread had tapered substantially, and on Tuesday had grown to 9,786 confirmed cases — an increase of 125 from Monday — including 162 deaths. NPR reported that the head of the World Health Organization, Tedros Adhanom Ghebreyesus, called on other countries to “apply the lessons learned in (South) Korea and elsewhere” in their own battles against the coronavirus.

Domestically, the number of COVID-19 infections in the United States is more than 190,000 as of Wednesday morning, with more than 4,100 deaths, according to Johns Hopkins University. Oregon’s number of confirmed infections grew to 690 Wednesday, and the 10 confirmed cases in Douglas County doubles the number reported on Sunday and is six more than the county reported Saturday.

South Korea residents, Lee said, always had access to face masks. Most people already had some on hand because of the city’s poor air quality. She also said the local culture is incredibly clean, so sanitation was at the forefront of people’s minds before the virus outbreak.

She credited the government’s reporting system for helping slow the spread. Densely-populated urban areas typically have surveillance cameras on most of its street corners. If someone is diagnosed, Lee said, the South Korean government, without revealing the identity of the infected person, sends a text message to people telling them the time and location of the infected person over the past week.

“I knew Korea was taking measures,” Lee said. “At first, I didn’t want to say anything to my family about it, thinking it would pass and that the media was just blowing it out of proportion, so I didn’t say much at first.”

Her family is listening now, though. Lee said her mother, who lives in Green, has rarely left the house in the past two weeks except for trips to Winchester to deliver food to Lee’s grandfather.

It’s those measures, she said, that have helped limit infections and casualties.

“I see in the news that people are shutting down their borders and going out when they don’t need to be going out,” Lee said. “They haven’t done that here.”

Jon Mitchell is a page designer, photographer and writer for The News-Review. He can be reached at 541-957-4214, or at jmitchell@nrtoday.com. Or follow him on Twitter

For all of us who are out on the front lines and taking care of the community an article like this isn’t helpful. Since this thing started me and 240 of my fellow employees have been working everyday long days and lots of overtime. Just like everybody else we are worried about our families and our own health. We could care less what some high school grad thinks from South Korea. Just knowing that this article was written on a laptop while sitting on your couch makes us all feel so appreciated. Now is not the time to point blame and be a Monday morning quarterback. We can do that later. Maybe think it through next time. This article served no earthly good.

South Korea and the U.S. had their first reported cases on the same day, South Korea took this seriously. Our president did not. He dithered, golfed, reassured us that the cases would go to near zero, that it would disappear "like a miracle" in April, that we already had all the testing we needed (perfect tests!), etc, etc. South Korea flattened its curve fast. We are number one in the world with respect to number of cases. And the Secret Service just rented golf carts at Mar-a-Lago for the president's weekend of golf.

And if Hillary Clinton had been elected her and Bill would have been spending their time trying to figure out how they could profit from this crisis.

This is rather a silly article - what? - trying to point out that the U.S. is failing in every respect.

We have failed in a lot of respects--not every respect. The point is to identify what's worked and what's not, and to try to replicate success. Lives are at stake; many will die because of complacency. Many more will die if complacency continues.

“As of this 12:00 pm, Wednesday, April 1, 2020, County Public Health Officer, Dr. Bob Dannenhoffer announced there are no new cases of COVID-19 in Douglas County, leaving the confirmed number of local cases at ten.”

Dr. Dannenhoffer fails to mention 12 test results were received by the County since yesterday. Currently, a mere 0.27% of Douglas County residents have been tested. And the majority received their test results weeks after being sampled, which means they could have become infected between the time they were originally sampled and when their test results arrived.

The first Douglas County coronavirus case was diagnosed on March 10. At that time the U.S. already had 2,995 coronavirus deaths. Blessed with this information, our County Commissioners waited 3 weeks to implement an incident command center. That occurred yesterday. Regardless of what our commissioners tell you, they have no idea to what extent the disease has spread through our community.

People may unnecessarily die due to our commissioner’s inaction. And still, they avoid transparency by ignoring repeated requests to publish daily utilization of hospital beds, ICU beds, ventilators and PPE availability in Douglas County. Our Commissioners have this information because it is supplied daily to the Oregon Health Authority which publishes the overall state numbers. But they choose to withhold that information for fear Douglas County may judge how well they have done their job protecting its residents.

How long and how many deaths will occur in Douglas County and Oregon before similar information is made available to the public? Maybe not texts. But the information could be published daily on the Douglas County Public Health Network website and the County Commissioner's website. Why don't they do so rather than hide behind HIPAA legalese that most other states in the U.S. ignore for the good of the overall public.