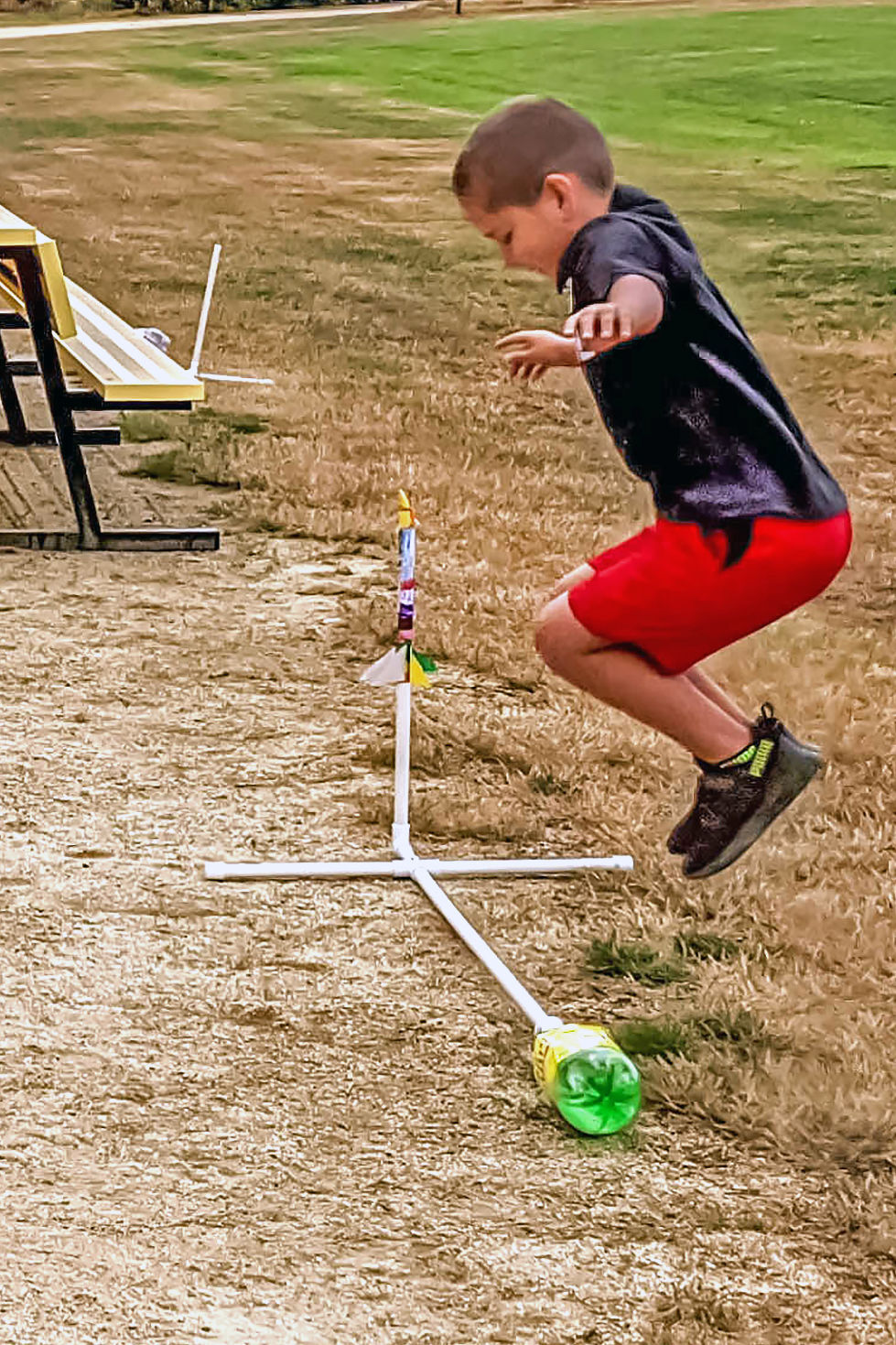 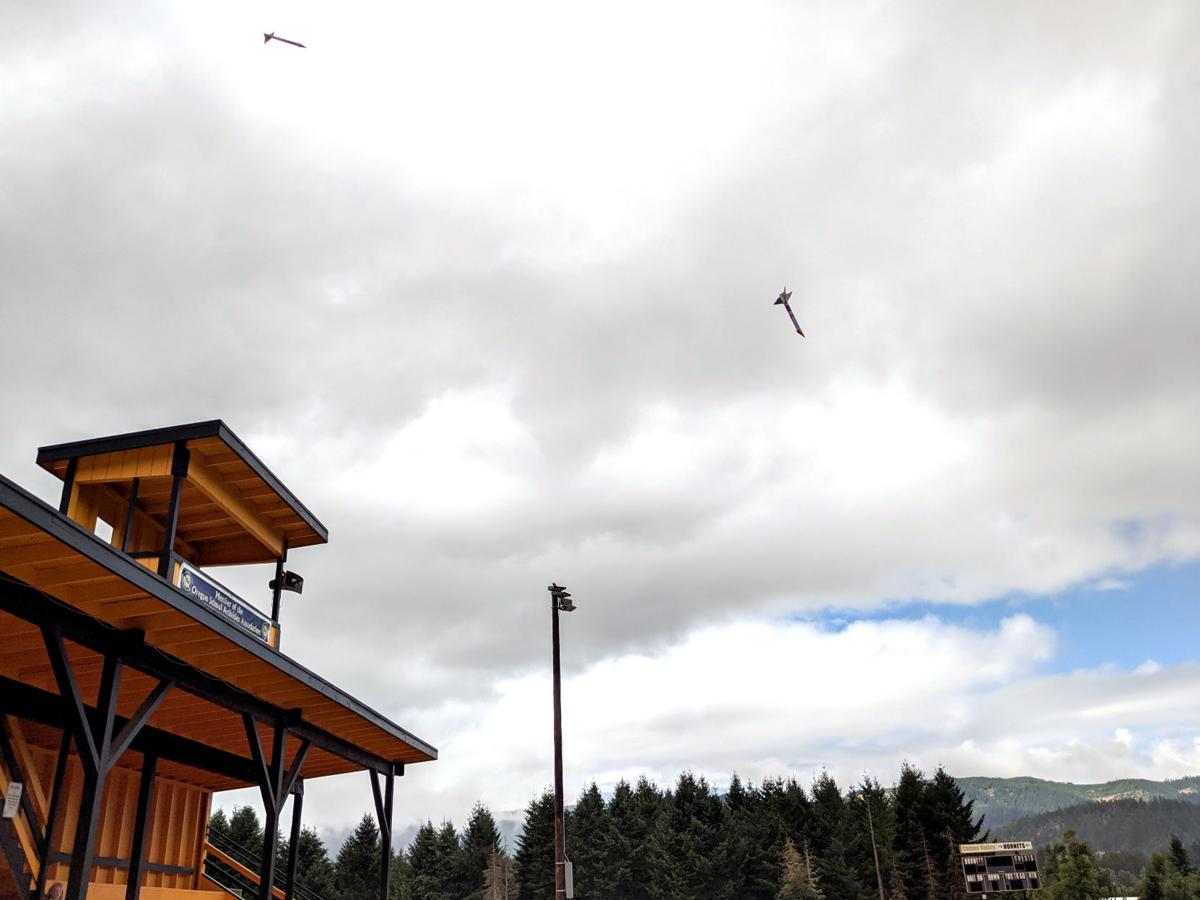 Rockets fly through the air near the bleachers at Camas Valley during the Summer Enrichment Program last week. The program continued despite stringent guidelines from the state. 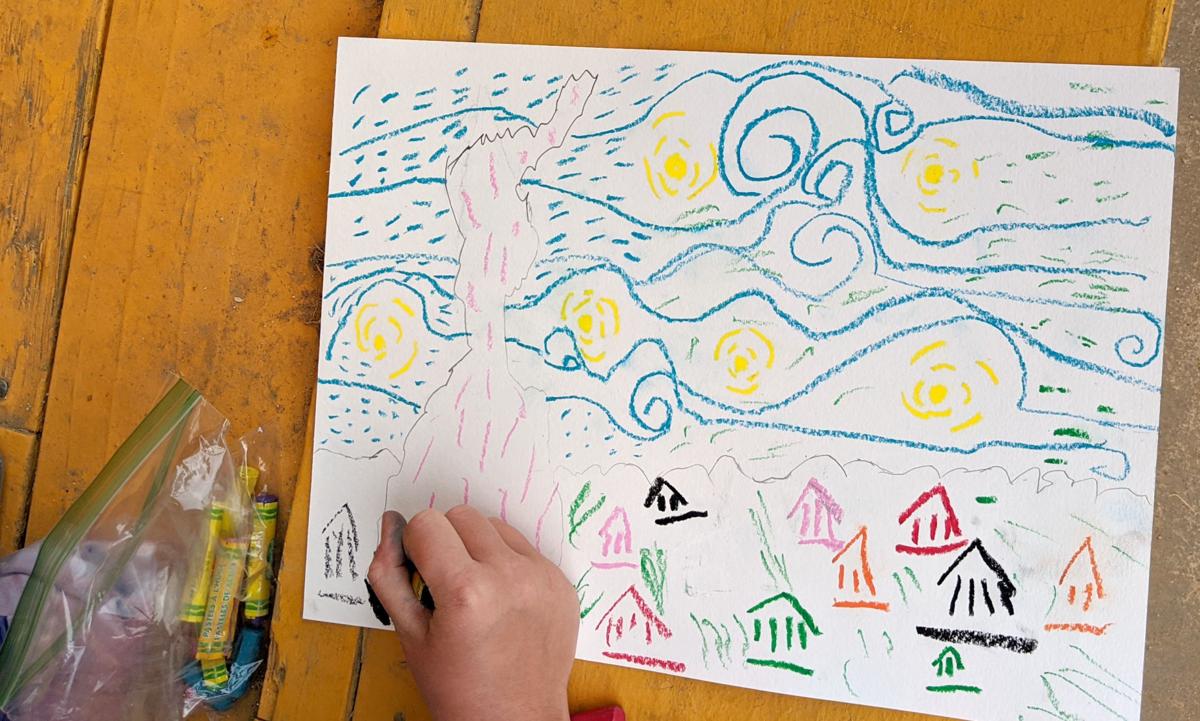 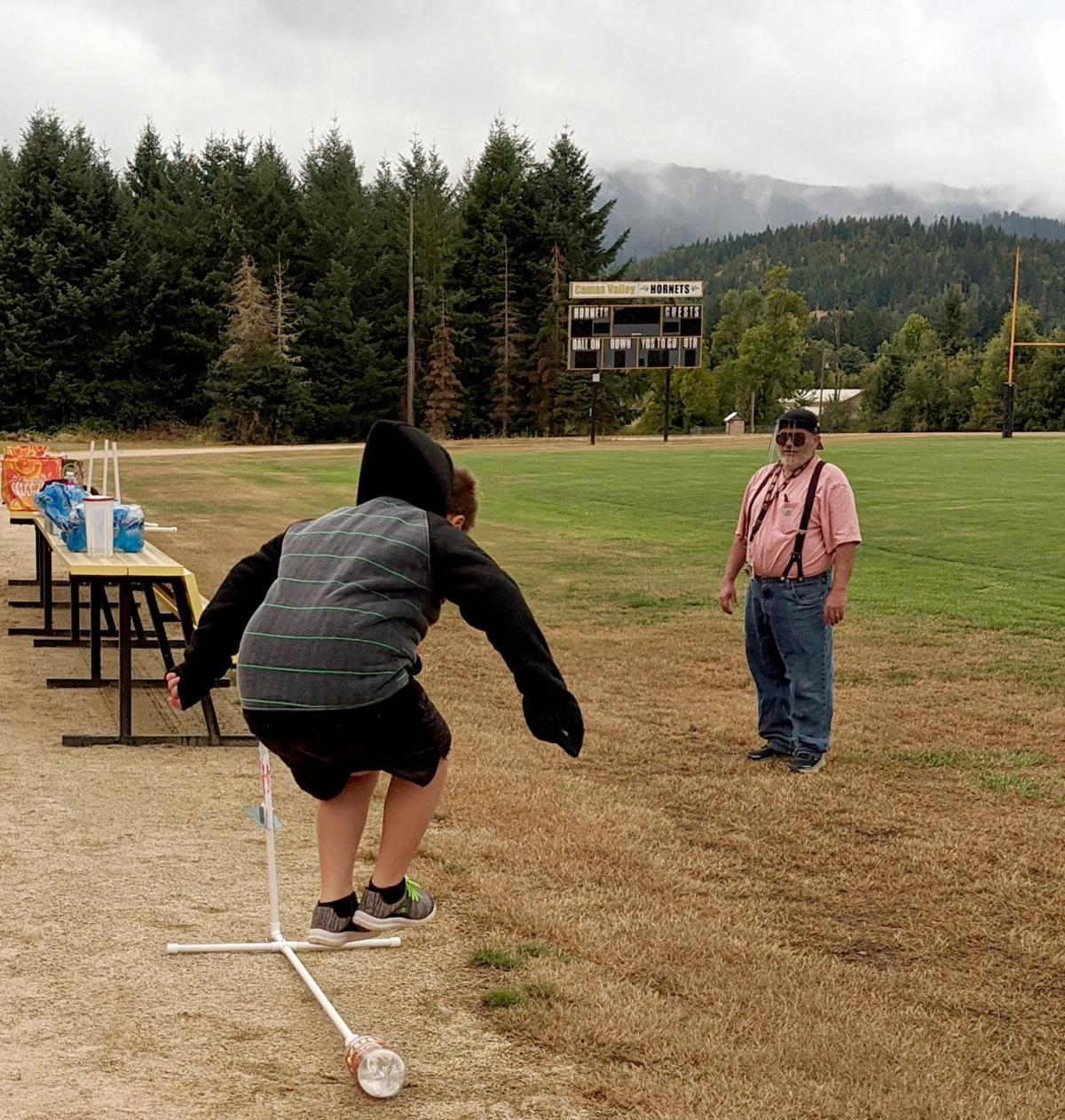 Rockets fly through the air near the bleachers at Camas Valley during the Summer Enrichment Program last week. The program continued despite stringent guidelines from the state.

CAMAS VALLEY — A camper placed the rocket ship he made on the upright part of a PVC pipe and then took a few steps back before jumping onto a 2-liter bottle on the other end of the pipe.

The rocket went flying through the air and fellow campers cheered until it crashed to the ground.

One by one, children came down to launch their rockets as part of the fourth annual Camas Valley Summer Enrichment Program organized by fifth-grade teacher Diane Bonebrake and funded by the Ford Family Foundation.

After launching the rockets, Bonebrake took a few minutes to explain the difference in flight patterns of the rockets and that the air was the fuel of these particular rockets.

Teaching science, technology, engineering, art and math have been the focus of the program in the past, and that was no different this year. Making sure children learn through hands-on projects has been part of its core education.

Students had a chance to tie-dye shirts, draw Van Gogh inspired art, play disc golf, and participate in several other activities that keep them coming back each year.

But in the midst of all the normalcy of the day camp, the children also had to adhere to strict guidelines.

Middle school math and science Tabatha Roderick explained to the children that social distancing was a good way to practice for when they’d learn to drive. “When the person in front of you slows down, you need to slow down,” she said. “And when they stop, you need to stop because you don’t want to run into them.”

The program was moved outside this year. There were desks on the track for classroom instruction, but a lot of lessons took place on the bleachers where each child had a designated spot.

There were three groups of campers, each group with less than 10 students.

And even though the camp was outside, all the teachers wore masks and some of the kids opted to wear those too.

By day four of the camp, students formed a line with those distancing measures in mind without much prompting and certainly without pushback.

Each student also received a little box with all their own supplies, to make sure they didn’t cross contaminate.

Despite all the strict guidelines and ever-changing policies, the students were eager to show off their rockets, T-shirts and other crafts from camp.