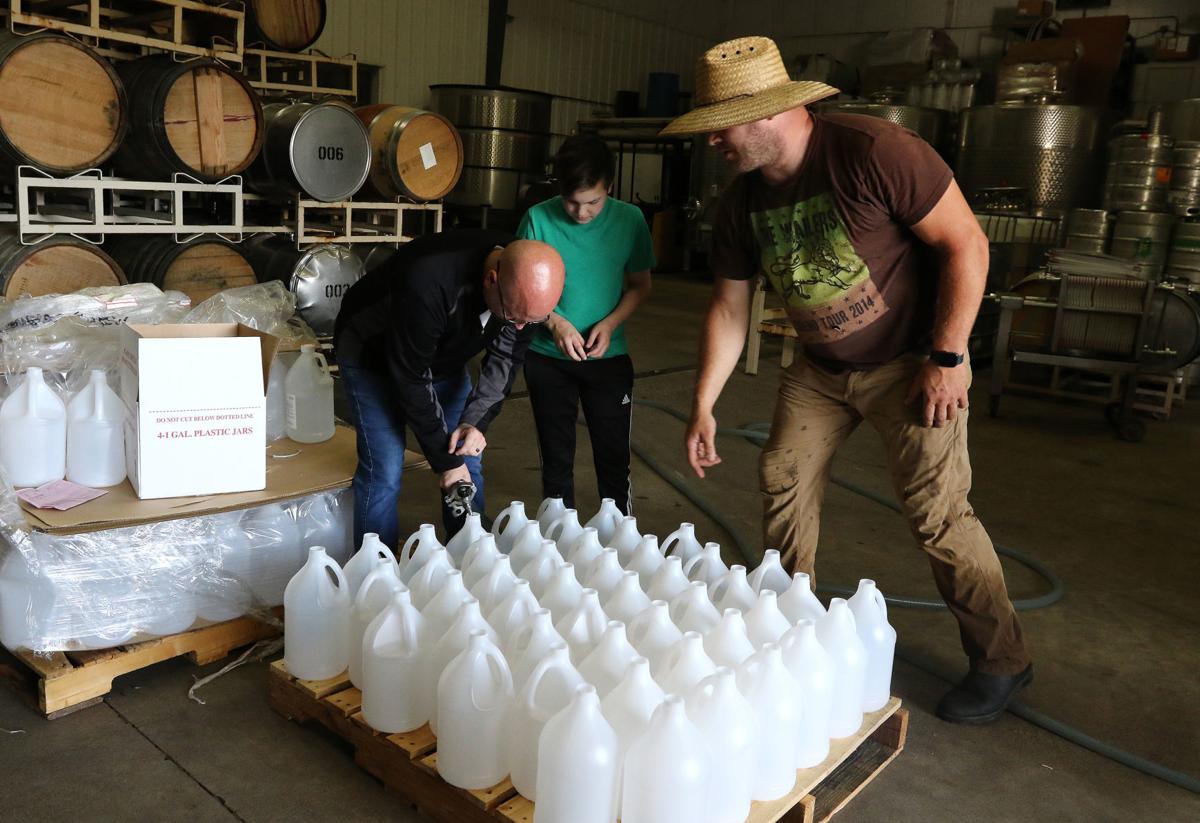 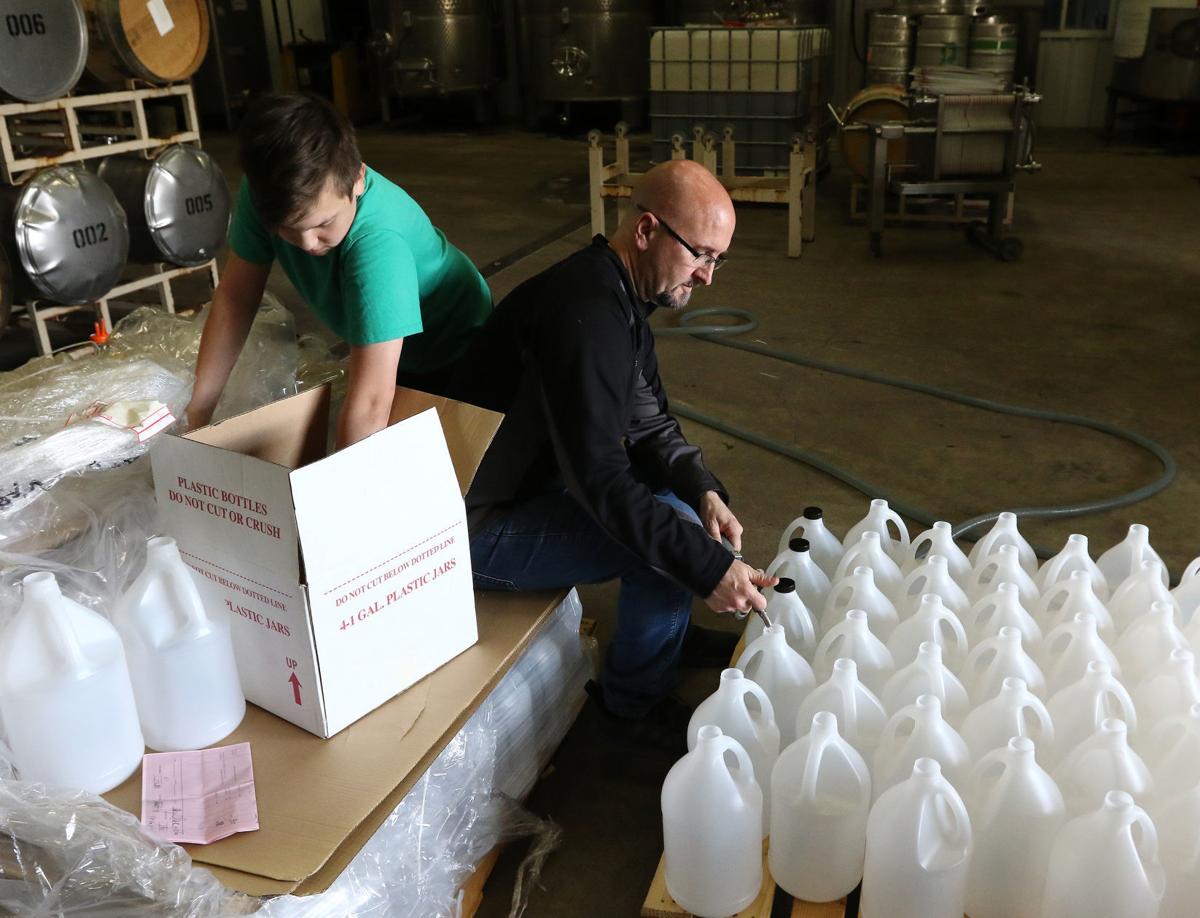 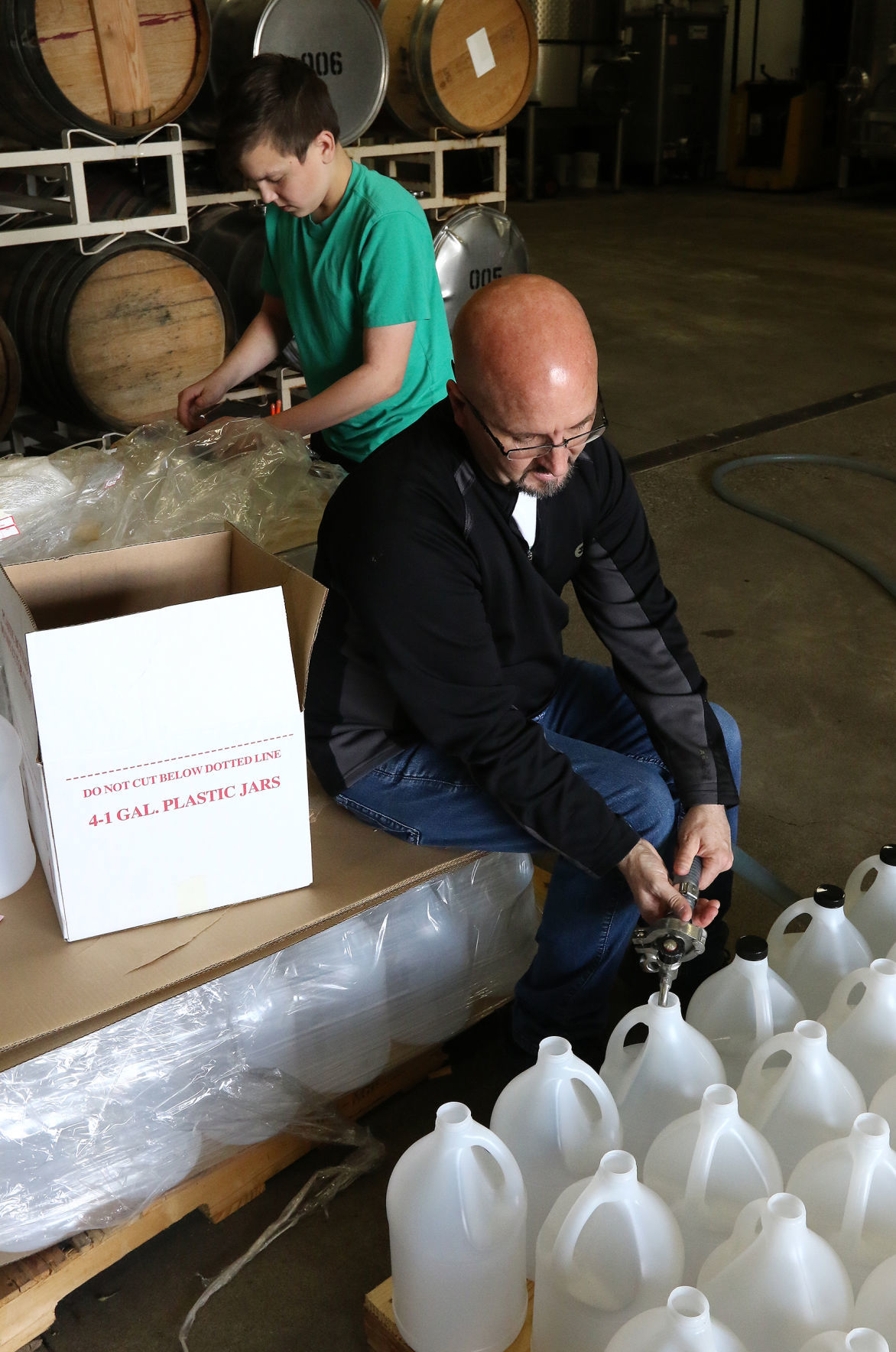 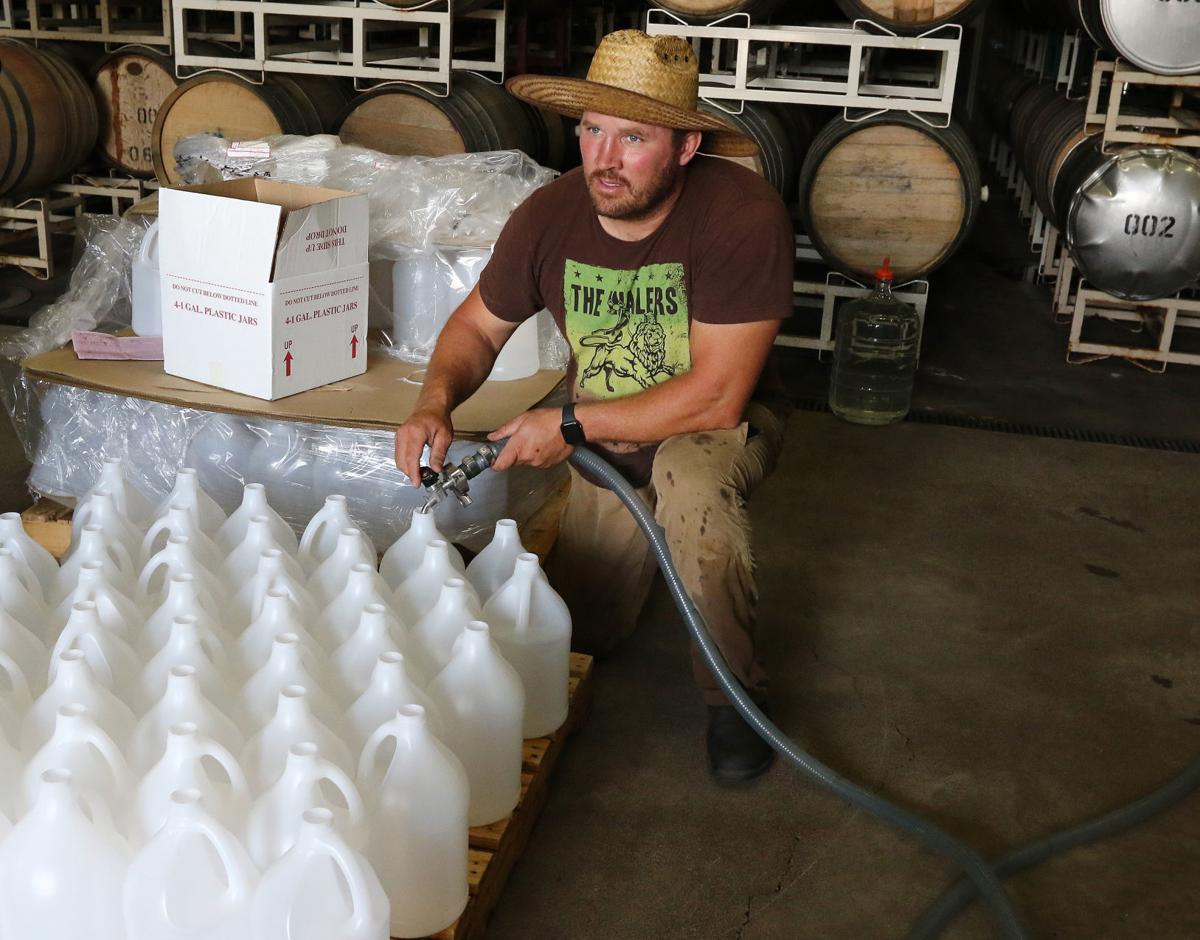 Melrose Vineyards features more than a dozen varieties of wine, including Riesling, Pinot Gris, Chardonnay, Pinot Noir, Tempranillo and Syrah. But its latest vintage comes in at a whopping 85% alcohol and by all accounts is undrinkable.

The concoction is not a new type of wine, but rather hand sanitizer.

Melrose Vineyards, located on Melqua Road in Melrose, is partnering with Greater Douglas United Way to make batches of the sanitizer in an effort to battle COVID-19.

Bryan Trenkle, executive director of Greater Douglas United Way, said he realized there was a need for the hand sanitizer and set out to see what he could do.

COVID-19 Response Fund for the project,” Trenkle said. “I have known Cody Parker out at Melrose Vineyards for about five years and reached out to him. He was ‘Game On!’”

They started with 275 gallons of 195 proof Ethanol, added about 1.75 gallons of Hydrogen Peroxide, about 1/2 gallon of Glycerin and 55 gallons of distilled water.

“It should be around 83-85% alcohol — the most potent in Douglas County,” Trenkle said.

Trenkle and Parker brewed a total of 320 gallons of the stuff, and are putting them into gallon jugs. The two bought the ingredients, and also purchased the jugs with lids. Trenkle created the labels in his office. Parker and Trenkle are donating their time for the project, and are handing out the sanitizer in the community.

“We are supplying it free of charge to our local healthcare workers, law enforcement and first responders, locally owned eateries, breweries, pubs and wineries; churches, etc., just as a ‘Thank You’ for working the frontlines,” Trenkle said. “We used some of our COVID-19 response funds to purchase the supplies for the project.”

There are about two dozen distilleries in Oregon making hand sanitizer, according to the Distilled Spirits Council, a national trade group. Among the Oregon distilleries making sanitizer are Cater Lake Spirits in Bend, Elixir Inc. in Eugene and Rogue Spirits in Newport.

Fewer wineries are making it. Terry Brandborg, owner with his wife Sue of Brandborg Vineyard and Winery and president of the Umpqua Valley Wine Growers Association, said he is not aware of any other winery in the region making hand sanitizer.

“We had considered it, and did make a couple of small batches for our crew in-house, but not for the public,” Brandborg said.

In March, the FDA changed its policy for alcohol-based hand sanitizer products during the COVID-19 crisis, giving distillers permission to make it under certain guidelines.

“Hand hygiene is an important part of the U.S. response to COVID-19. Washing hands often with soap and water for at least 20 seconds is essential, especially after going to the bathroom, before eating, and after coughing, sneezing, or blowing one’s nose. If soap and water are not readily available, the Centers for Disease Control and Prevention (CDC) recommends consumers use an alcohol-based hand sanitizer that contains at least 60 percent alcohol (also referred to as ethanol or ethyl alcohol).”

The FDA policy also said the sanitizer can only be made with alcohol not less than 94.9% per volume, Glycerin, Hydrogen peroxide and sterile water.

Trenkle said he and Parker have not made a decision on whether to brew some more; that will depend on what happens with COVID-19.