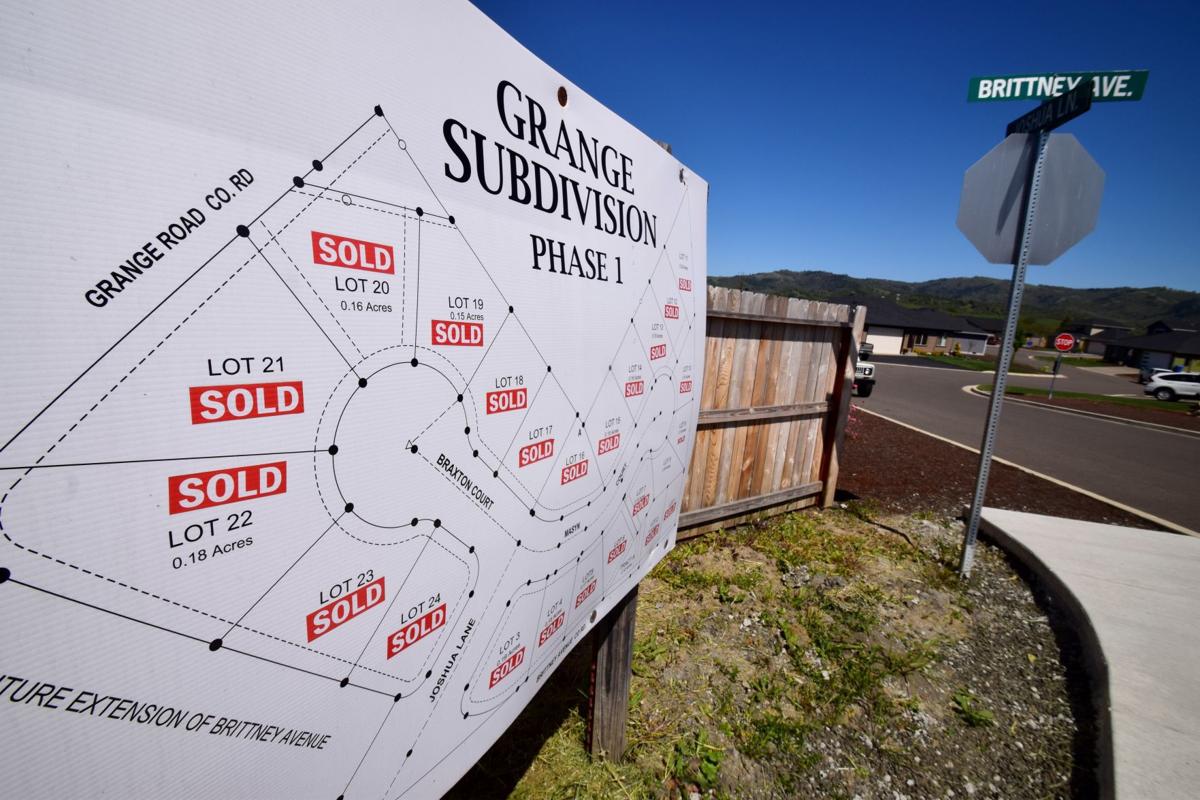 A sign in front of the Grange Subdivision in Green on Friday shows how many lost have been sold. Although the second phase of the development is in the works, there’s uncertainty among real estate agents on how the COVID-19 pandemic will effect sales of residential property. Early indicators aren’t promising. 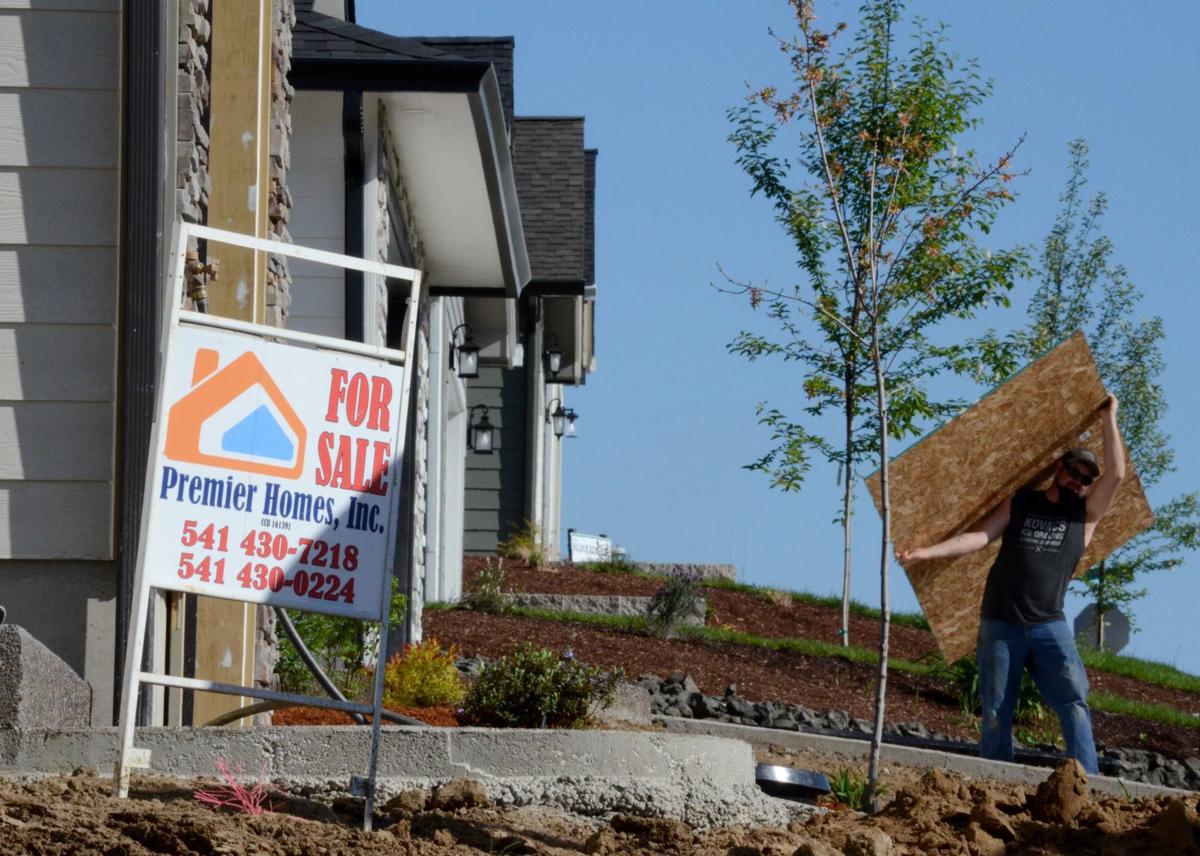 A sign telling potential buyers a residential property is for sale is in display in Winston as Rusty Burton, a worker with Matthew Thompson Landscape, continues working. The housing development is located on the east end of Winston.

A sign in front of the Grange Subdivision in Green on Friday shows how many lost have been sold. Although the second phase of the development is in the works, there’s uncertainty among real estate agents on how the COVID-19 pandemic will effect sales of residential property. Early indicators aren’t promising.

A sign telling potential buyers a residential property is for sale is in display in Winston as Rusty Burton, a worker with Matthew Thompson Landscape, continues working. The housing development is located on the east end of Winston.

Saying that the housing market in Douglas County has slowed down, thanks in part to the coronavirus pandemic, would be an understatement in the minds of some.

“It’s like someone flipped a switch,” said Robert Zuver, co-owner of Winston Reality and Insurance who has been selling residential properties for more than three decades. “This is the time of year when people really start to put their properties on the market and you start seeing a lot more listings. We’re hardly seeing any new listings.”

No doubt, real estate brokers won’t hesitate to tell you how the market for residential properties begins to warm up when temperatures do. Zillow.com, a real estate website that’s served as an online option for listing residential properties, said in a press release the number of new listings from early March to the middle of April over the past two years has gone up close to 50% across the nation.

That hasn’t been the case this year, and agents in Douglas County are admitting that’s an unwelcome trend from previous years.

“Where it’s really slowed down is new listings,” said Tim Smith, a longtime agent with REMAX Professional Reality in Roseburg. “I imagine when this is all over that will change, and there will be an awful lot of pent-up demand if this gets over real soon. But there’s not a lot of people who are adding to the inventory, and there was already a pretty low inventory.”

Hawks & Co. Realty’s Victoria Hawks, who also has sold properties over the greater part of the past four decades, concurred, but didn’t correlate the current lack of listings with the current pandemic.

“New listings are fewer, which has been a constant for about three years,” she said. “My feeling about sales right now, as evidenced by some buyers I am working with, they are nervous about their jobs … some already laid off, others worried. I don’t think we will know how all effects until it’s over.”

Some of the effects may already be showing.

From November to February this past winter, according to zillow.com and numbers on the Douglas County Assessor’s Office’s web site, the county averaged slightly less than 153 monthly residential property closings, including 70 finalized transactions in the final two weeks of March and 144 closings for all of March.

From April 1 to April 17 of this year, there were 45 finalized residential transactions, which puts the county on pace for a sharp decrease in sales by month’s end.

The drop came in spite of the move made March 15 by the Federal Reserve when it cut its standard interest rate 0.10%, which dramatically increased the buying power for prospective homebuyers. Not long afterward, however, Oregon Gov. Kate Brown instituted the state’s “Stay Home, Save Lives” policy to encourage people to leave their homes only for essential needs in an effort to slow the spread o the highly contagious COVID-19.

With that, along with the closing of non-essential stores and services, came furloughs and layoffs. As of April 9, approximately 1,353 unemployment claims in Douglas County were filed, which is a small fraction of the 22 million-plus jobless claims filed across the United States as of this past week.

That presents challenges for agents — it’s hard to give an in-person tour of a new home when people are being told not to leave their homes. Plus when states, including Oregon, do lift social-distancing restrictions, there’s uncertainty that routines will return to what they once were. Many realtors are working from home, and many real-estate offices are closed.

“I talked it over with my mom (Judith Zuver, also a longtime licensed agent), and she’s never seen anything like this before, either,” Robert Zuver said. “You just can’t predict how people are going to react when this is over.”

Agents in Oregon continue to do in-home showings unlike other states — Colorado’s Office of the Inspector General on April 7 enacted an order prohibiting in-home showings until further notice. Online real estate sites, however, are offering online tours complete with panoramic views of living areas, bedrooms and backyards.

Hawks said that could be a boon to agents and buyers alike, giving buyers a chance to survey a full picture of their prospective property. With that tool, she said, buyers could easily narrow their selections before going to an in-person showing.

Hawks and Smith also said the pandemic could also bring growth to the area. They both said they’ve fielded phone calls and inquiries from people living in densely populated cities like Portland, San Francisco and others where the confirmed cases of COVD-19 are far greater than Douglas County.

“I talked with two people today who live in California, and the fact is that were they live, they can’t go anywhere without being close to someone,” Smith said. “We might see a surge of people who are looking to get away from that. I mean, if you come from that setting, and then you come here to a place where you might live a ways away from someone, that can make a big difference.”