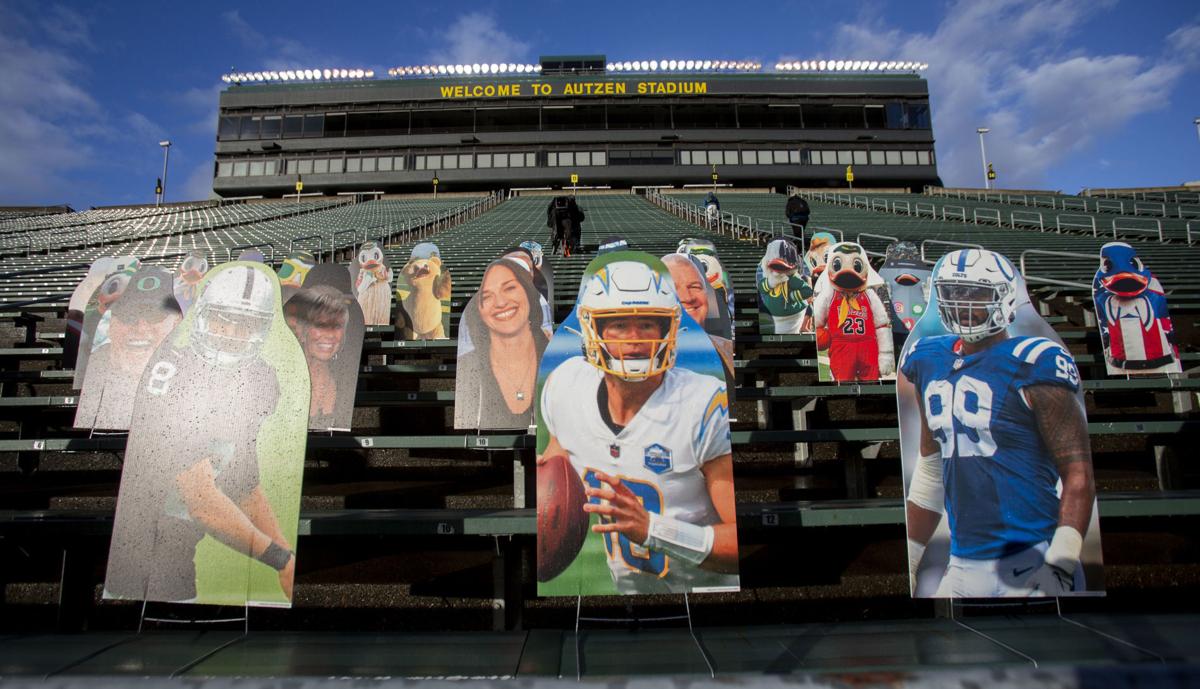 No fans were in the stands at Autzen Stadium for the Oregon game against Stanford, but there were cutouts of fans and Oregon alums now in the pros on Saturday in Eugene. 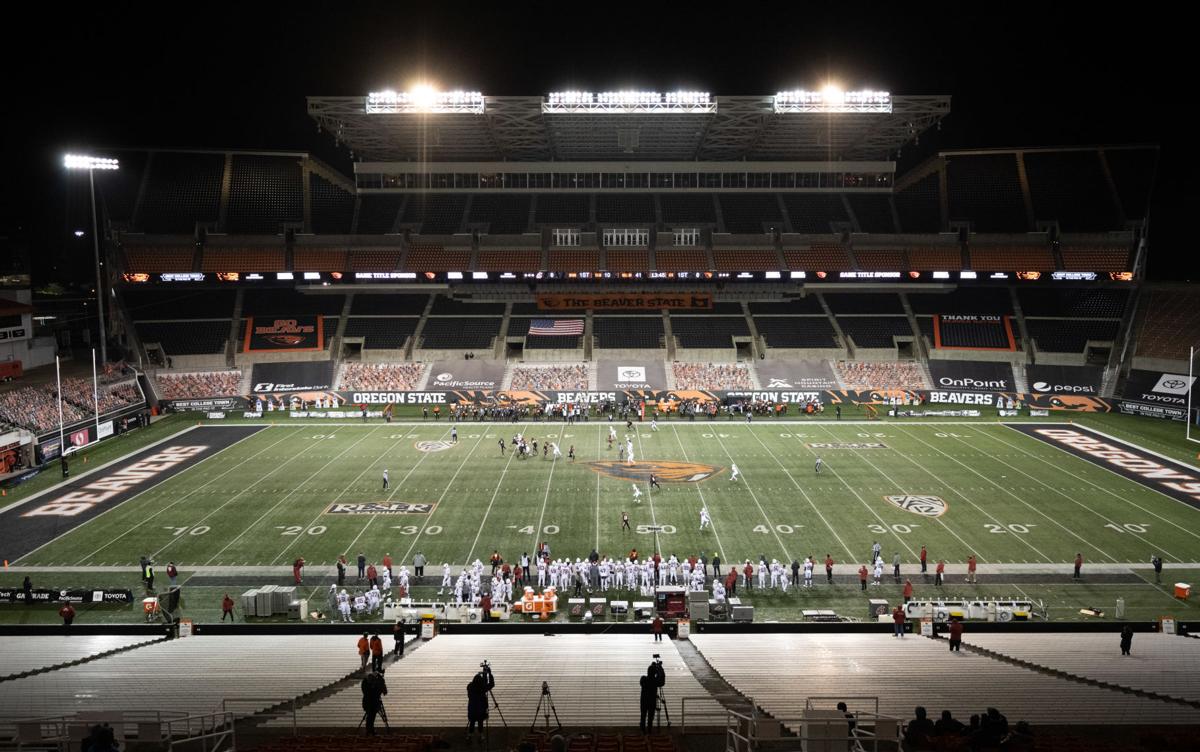 Oregon State hosts Washington State for their 2020 football season opener at an empty Reser Stadium in Corvallis on Saturday.

No fans were in the stands at Autzen Stadium for the Oregon game against Stanford, but there were cutouts of fans and Oregon alums now in the pros on Saturday in Eugene.

Oregon State hosts Washington State for their 2020 football season opener at an empty Reser Stadium in Corvallis on Saturday.

The 2020 Pac-12 college football season has kicked off and this year Autzen Stadium and Reser Stadium must become giant lemonade stands.

Oregon head coach Mario Cristobal has a phrase he likes to use. He usually mentions it when discussing the intensity and emotions of a college football game. The term is “juice.”

When asked how it felt to play in front of 54,000 empty seats at Autzen Stadium on Saturday, Cristobal replied, “it was strange at first.”

“We tried to train our team all camp long ‘hey, you got to be able to deal with it and bring your own juice,’” Oregon’s third-year head coach said.

So in a season where Autzen and Reser will be practically empty for every home game, the Ducks and the Beavers need to figure out a way to bring the juice to the stadium.

I can tell you firsthand, Cristobal is right. I was in the press box at Reser Stadium for Oregon State’s opener against Washington State and it was odd to have a major college football game played in such a sterile environment.

Game day staff played the National Anthem over the loudspeakers, but the teams were in the locker rooms and with no fans in the stands it felt hollow and unnecessary. It got even more awkward when the recording malfunctioned during the finishing apex and left the few of us in attendance wondering what to do next.

As the teams took the field, the sound of the pre-game hype video reverberated off the empty stadium walls. Then there was the pumped-in crowd noise. It was hard to know for sure if it just sounded weird in the booth or if it was just as obnoxious on the field.

From the press box, things started to feel a bit more normal once the game got underway, but I can’t help but wonder how much the lack of fans affects the product on the field.

The Beavers’ season was delayed more than two months and you’d assume the players would be like caged animals ready to break free once they hit the field. Yet, OSU’s sidelines were noticeably low-key.

Falling behind 28-7 in the first half can drain the excitement out of a team, but part of me believes the fans wouldn’t have let that happen and I think Smith feels the same.

“They impact the game,” Smith said of a hometown crowd.

Oregon State managed to squeeze out some juice in the second half to make things interesting, which I think would have gotten a packed Reser Stadium rocking. As for the cardboard cutouts in attendance Saturday, there might have only been a slight sway in the breeze.

In Eugene, the then-No. 12 Ducks ultimately didn’t need much of a home field advantage as they downed Stanford 35-14, but new starting quarterback Tyler Shough seems to have the right mentality for the rest of the year.

“You’ve got to bring your own juice box,” said Shough, who had an impressive debut as the Ducks’ signal-caller in their victory.

Commentary: Beavers bring their best game in upset of No. 9 Ducks