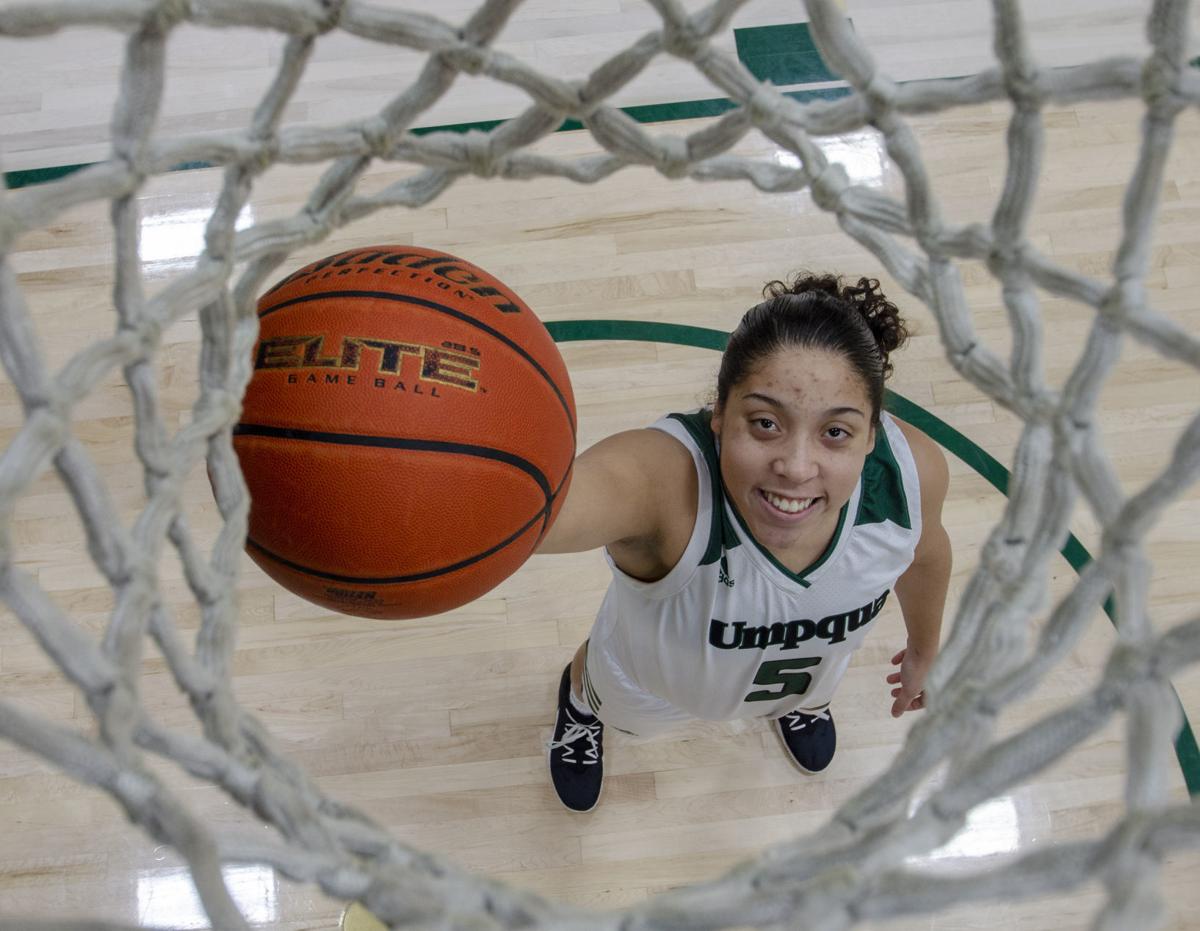 Grace Campbell has been one of the key contributors for the Umpqua Community College’s women’s basketball team. The sophomore guard leads the Riverhawks, ranked No. 1 in the NWAC coaches poll, in minutes played, assists and rebounds. 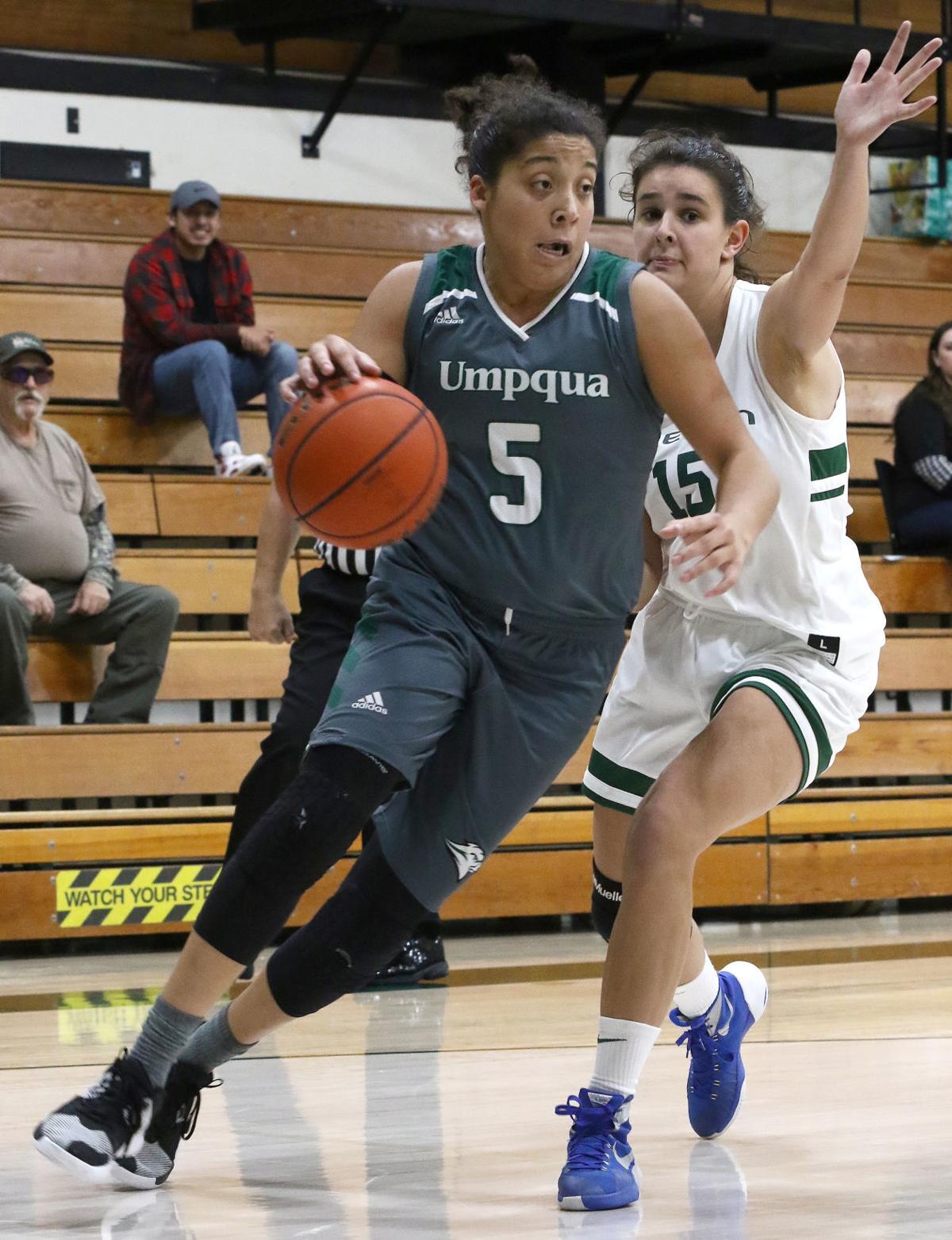 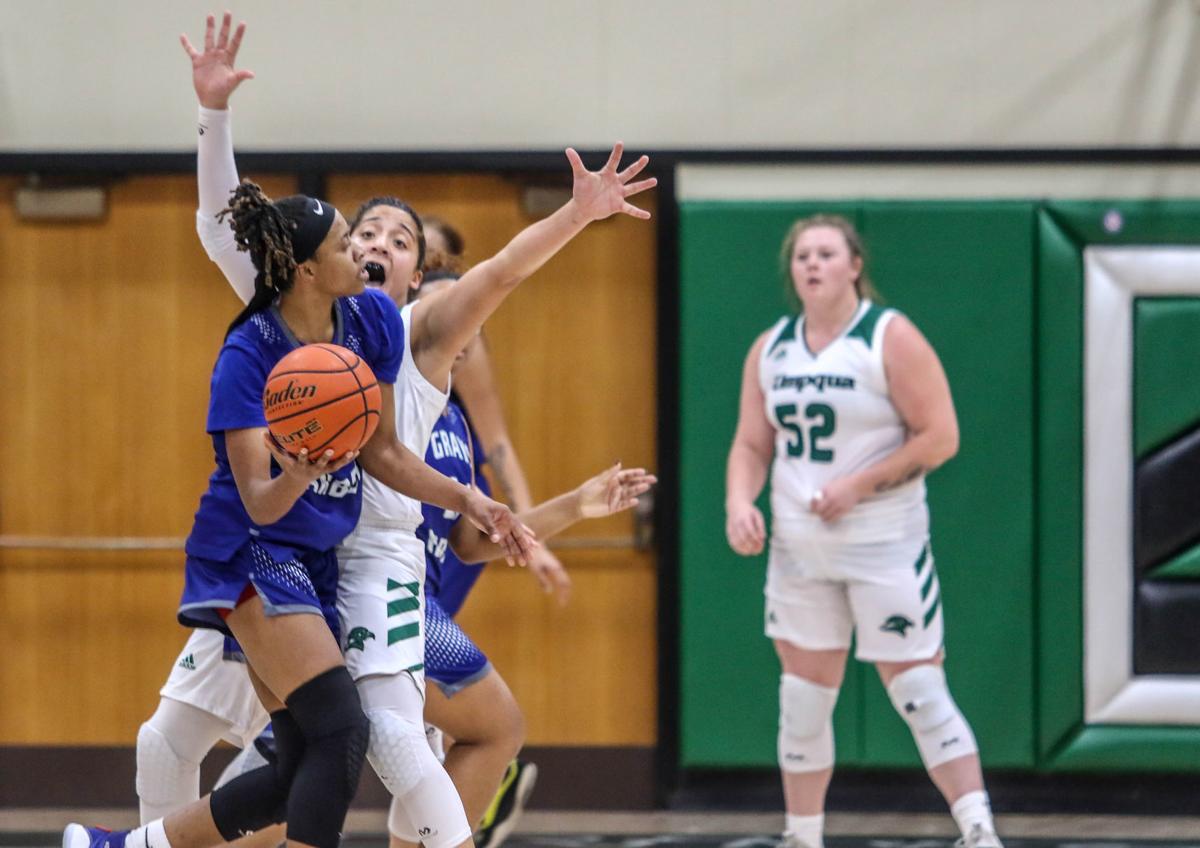 Grace Campbell has been one of the key contributors for the Umpqua Community College’s women’s basketball team. The sophomore guard leads the Riverhawks, ranked No. 1 in the NWAC coaches poll, in minutes played, assists and rebounds.

The way Grace Campbell has performed for the No. 1 Riverhawks this season should put her in the conversation for postseason honors.

Campbell, a 5-foot-9 sophomore guard from Gladstone, has done plenty of everything for Umpqua (19-0, 6-0 South), which is the last remaining unbeaten team in the Northwest Athletic Conference. The Riverhawks play at No. 4 Clackamas (15-2, 5-1) on Saturday.

She has five double-doubles on the season. Campbell came close to a triple-double in Monday’s 79-57 win at Chemeketa, finishing with 11 points, 10 rebounds, eight assists and six steals.

“Over the past year Grace has become a more complete player,” UCC coach Dave Stricklin said. “Last year she was primarily a rebounder. This year not only is she rebounding, but her scoring has improved and her defense has improved. From a leadership standpoint, she’s been more assertive both on and off the court.

“A lot of times when she’s on the court and in the flow of the game, it’s like having two players, like we’re playing six-on-five. She does so many different things and it’s given us a huge advantage.”

Campbell started 14 games as a freshman for Umpqua, averaging 9.1 points, 8.2 rebounds and 3.5 assists. She came off the bench the second half of the season, helping the Riverhawks earn a share of the South Region title and finish second in the NWAC Tournament.

“It’s crazy because you’ll be playing and you’ll see something unravel, and you think, I know what that is and know how to defend that. From last year to now, that’s definitely been the biggest difference — just IQ-wise, which has built a lot of my game. Then just maturity-wise, you learn how Dave wants us to play.”

Through 19 games, they have yet to taste defeat. And finishing one game short of winning the NWAC title last year has this group motivated to complete the final step and bring the school its first Northwest championship in women’s basketball since 2000.

“That’s definitely with experience,” Campbell said of the strong chemistry of the team. “I think it was the Lane game where I had come off at the end of the game. We hit the third quarter, and I felt like I could stand on the wing, have my eyes closed and if I threw the ball in I knew someone would be cutting and catching the ball. That’s what it feels like on the court with the sophomores.

“A lot of us were in that championship game last year and it didn’t end up how we wanted it to. We all want to get back there. We all know what it takes and have to be fully committed. Let’s push, get this one over with so we can move on to the next one.”

Even though the Riverhawks have posted a perfect record nearly through the first half of league play, Campbell realizes they can’t let their guard down. Not with the likes of Clackamas and Lane around.

“I know there are people looking at us,” Campbell said. “If we approach every game as this is the game we’re playing, and if we take care of business, what other people think doesn’t matter. It shouldn’t change the way we play.”

Campbell is planning to continue her basketball career next season at a four-year college. She’s a two-sport athlete at UCC, competing in track and field during the spring.

“Because she does so many different things and is so productive, I think that actually makes Grace marketable,” Stricklin said. “There will be coaches out there who will look at her the same way I do. You have a chance to get two players, even though you’re recruiting one.”

Campbell at a glance

What: A 5-foot-9 sophomore guard for the No. 1 Umpqua Community College women's basketball team.

Background: Born in Alexandria, Virginia, Campbell was raised by her aunt and uncle ... Was a three-sport athlete at Gladstone High School, competing in soccer, basketball and track and field ... Is a two-sport athlete at UCC, competing in track during the spring. Won the triple jump (36-0) and finished second in the long jump (17-8 3/4) at the Northwest Athletic Conference Championships as a freshman.