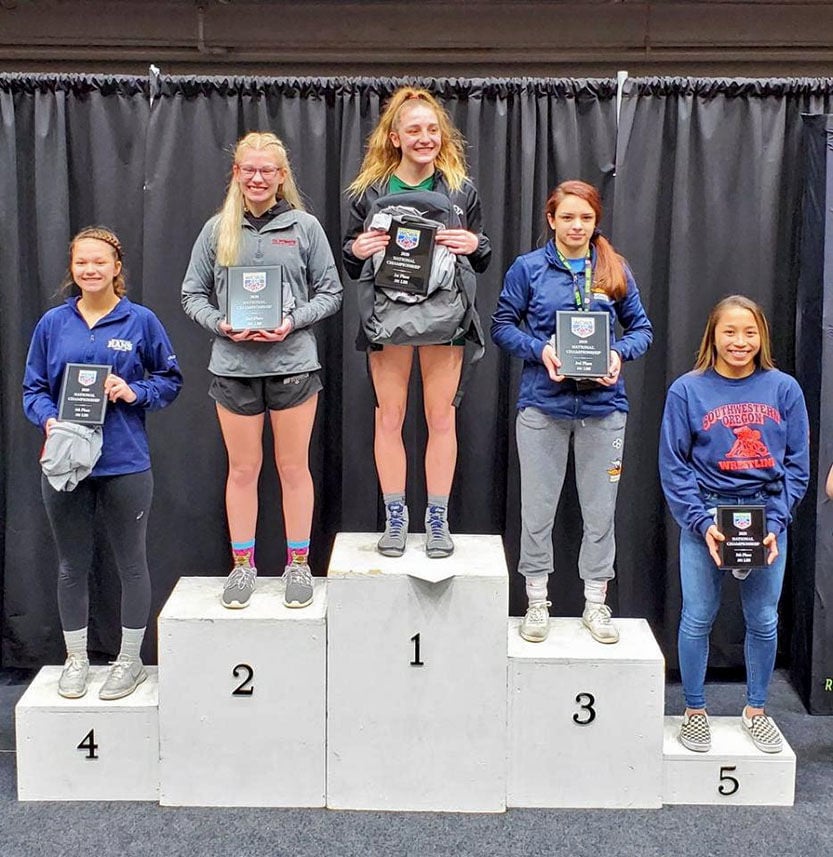 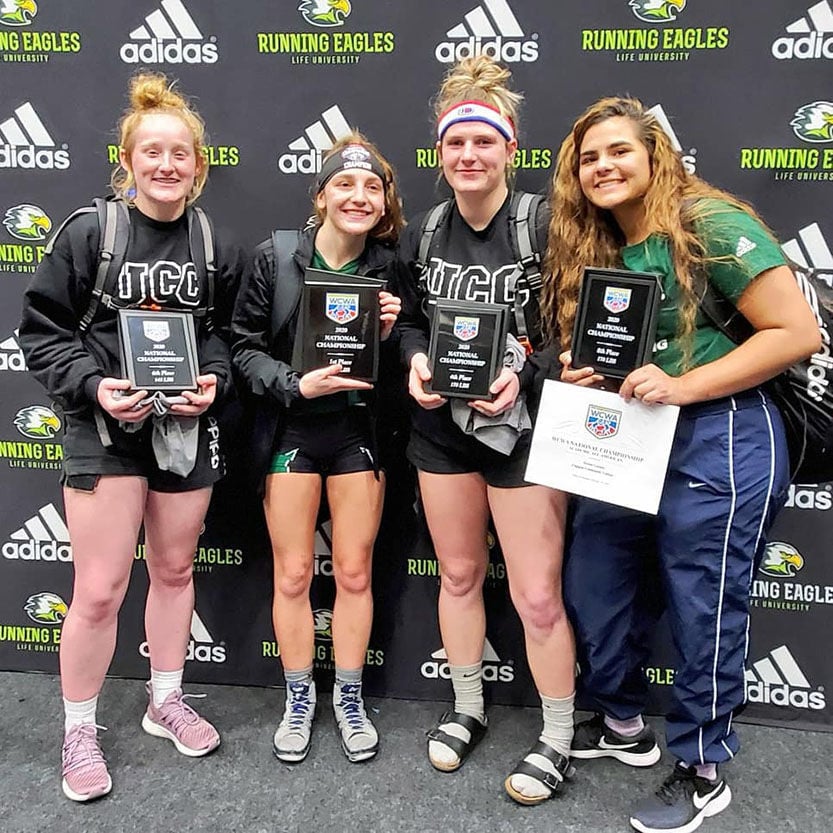 In just its third year of existence, the Umpqua Community College women’s wrestling program can boast its first national champion.

Esthela Trevino scored a late first-round takedown to tie her match with Mackenzie Bacich of Campbellsville (Kentucky), and displayed solid defense to claim a 2-2 criteria victory in the 101-pound championship match at the Women’s College Wrestling Association freestyle national tournament Saturday at the Cobb County Civic Center in Atlanta.

“It still doesn’t really feel real,” Trevino, a sophomore from Cypress, Texas, said shortly after her win. “My ultimate goal was just to place (in the top eight), but after the first couple of matches I just kept going and started thinking, ‘I can win this thing.’”

With the victory, Trevino was automatically qualified for the women’s freestyle Olympic Trials, which will be held April 4-5 at Penn State University in State College, Pennsylvania.

In all, the Riverhawks had four wrestlers earn All-American status as sophomore Jade Piper wrestled to fourth place at 170 pounds, freshman Grace Miller took sixth at 143 and sophomore Sienna Lejeune placed eighth at 170.

“We’re pretty excited,” Umpqua coach Craig Jackson said. “We thought there was a chance to wrestle four girls on the second day at least, and to have Esthela and Jade make it all the way to the semifinals was exciting.”

Piper, ranked No. 5 in the nation at 170 according to the WCWA, had also advanced to Saturday morning’s semifinals, but suffered a 17-6 technical fall loss against top-ranked Kenya Sloan of Campbellsville. Piper received a forfeit in the consolation semifinals, but dropped an 11-8 decision to fourth-ranked Jordan Nelson of Life (California) University in the third-place match.

“I honestly came out here not thinking I was going to place, but it really couldn’t have been any better,” Piper said. “I was just looking to go have fun and wrestle my hardest. Wrestling in something this big and coming out No. 4, it’s not that bad.”

Piper was also impressed by her 170-pound teammate Lejeune. “She really flipped the switch. She came out bigger than she expected. It’s amazing.”

“This was really something else,” Jackson said. “This is NCAA, Division II, NAIA. We’ve never had an All-American before. To have four of them and place eighth as a team was pretty special.”

The Umpqua women are scheduled to visit Southern Oregon University in Ashland for a dual meet on Friday, Feb. 21, their final tune-up before the National Wrestling Coaches Association Regional Championships, which will be held in Aberdeen, Washington, on March 1.