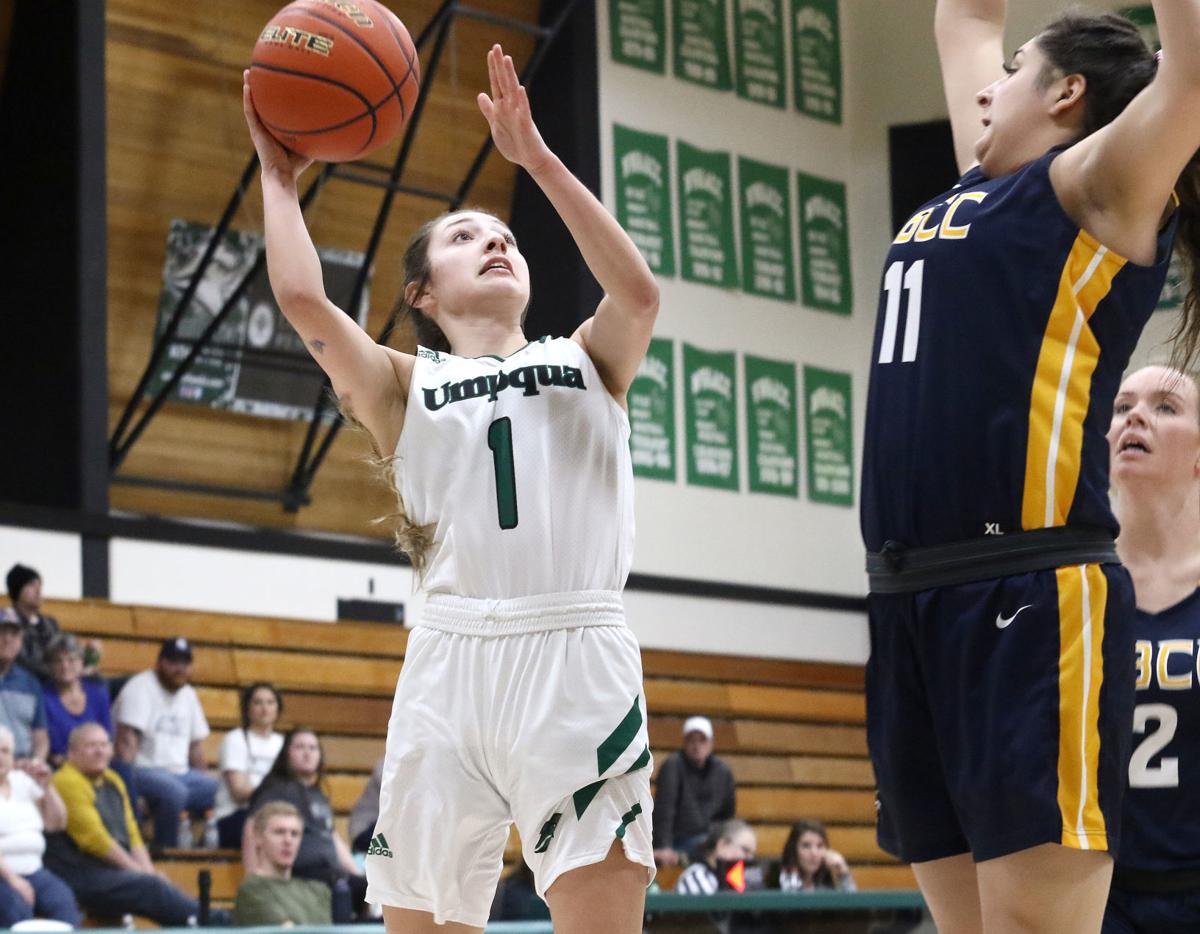 Umpqua Community College guard Lainey Rincon shoots against Linn-Benton’s Marri-Anna Martinez during a recent South Region game in Winchester. Rincon is a starter for the Riverhawks. 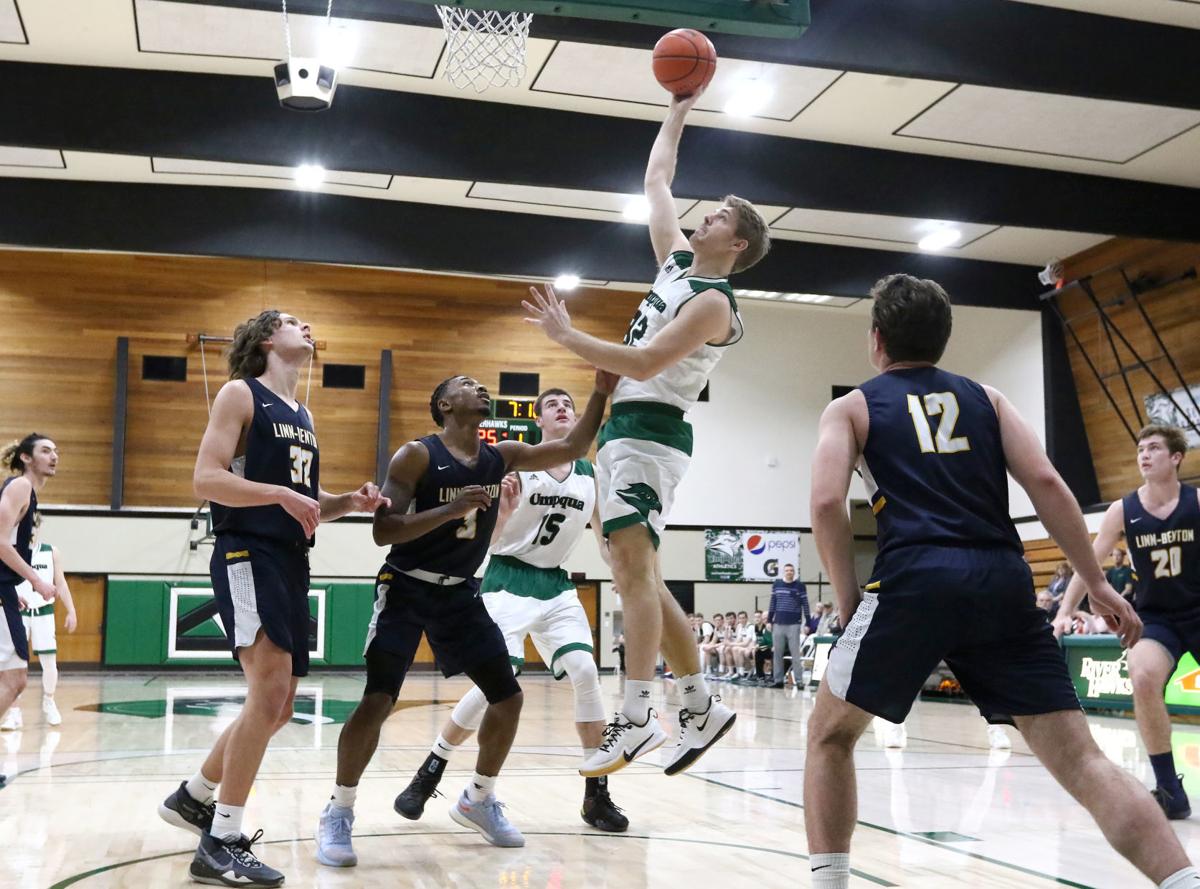 Umpqua’s Kolten Mortensen scores in the post during a recent South Region game with Linn-Benton in Winchester.

Umpqua Community College guard Lainey Rincon shoots against Linn-Benton’s Marri-Anna Martinez during a recent South Region game in Winchester. Rincon is a starter for the Riverhawks.

Umpqua’s Kolten Mortensen scores in the post during a recent South Region game with Linn-Benton in Winchester.

If the top-ranked UCC women (26-0, 13-0 South Region) can win their final three league games, that would complete an unbeaten regular season. They’ve already locked up the league title and No. 1 seed in the South.

The No. 7 Umpqua men (23-3, 11-2) can capture the South championship outright with three victories. They’re currently in second behind No. 3 Clackamas (24-2, 13-1). The Riverhawks won their first league meeting with the Cougars, who visit UCC on Feb. 29 in the regular season finale.

First up for the Riverhawks are home games with Chemeketa Saturday, the women playing at 2 p.m. and the men at 4.

The UCC women can match their best start in school history by beating the Storm (11-14, 6-7). The 2017-18 team, which lost in the NWAC title game, won 27 straight contests before taking its first defeat.

Umpqua had its closest game of the season last Saturday in Gresham, defeating No. 8 Mt. Hood 84-81.

“In the grand scheme of things, that was good for us,” UCC coach Dave Stricklin said. “We had to fight through some adversity. Cielo (Gonzalez) got in foul trouble and we struggled against their half-court press. They scored 35 points off our 27 turnovers.”

“Our defense is better because we’ve worked on it a lot more this season,” Stricklin said. “We’re a little deeper and have been able to put pressure on the ball, but our defense wasn’t good against Mt. Hood or Linn-Benton (in the last two games).

“This team is very unselfish (offensively), and that’s one of the reasons we’ve been hard to guard. We really have a starting seven.”

“Any game’s not guaranteed in this league,” UCC coach Daniel Leeworthy said. “Chemeketa is a desperate team trying to make the (NWACs) and we can’t take them lightly. They can definitely shoot the ball — they have the No. 1 scorer in the NWAC (in Jaloni Garner).

“We feel really fresh (after having a bye Wednesday) and have had some really good practices. For the most part, we’re pretty healthy and playing good basketball. We’re focused, and do control our own destiny (in the league race).”

“Our depth is a strength,” Leeworthy said. “We’ve had good contributions from the bench.”