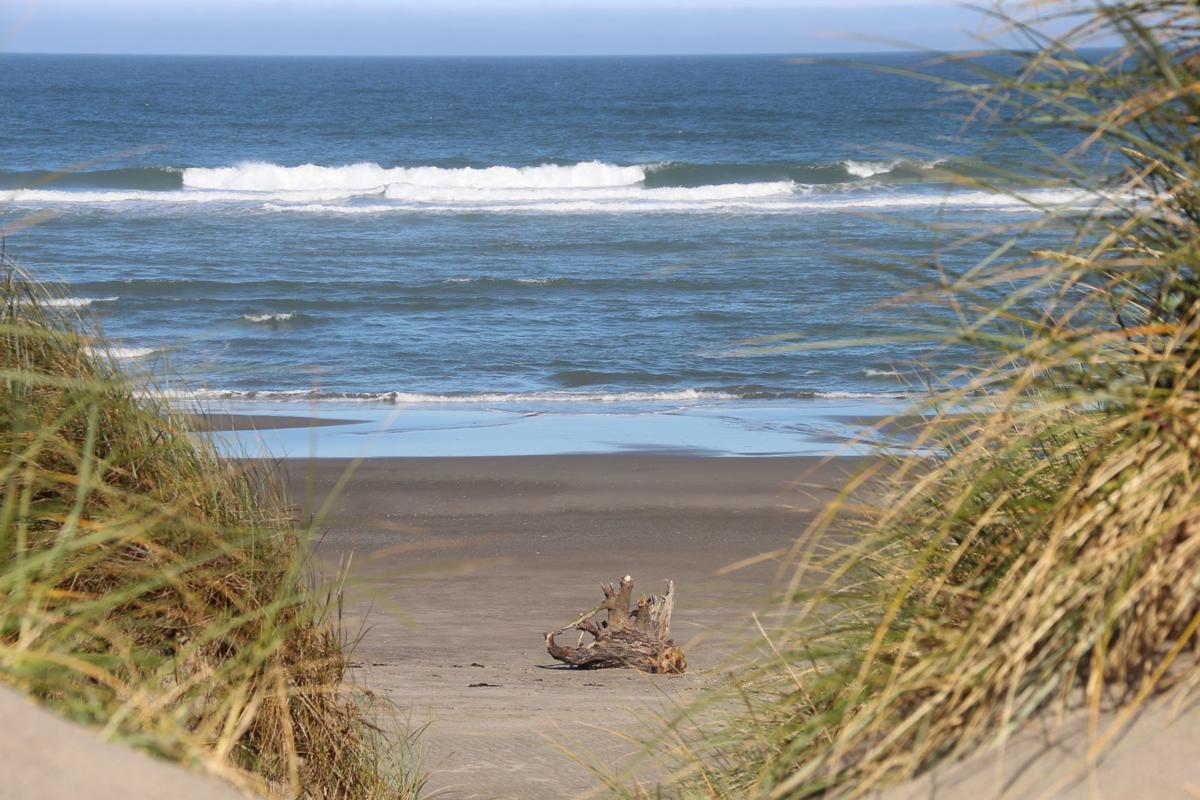 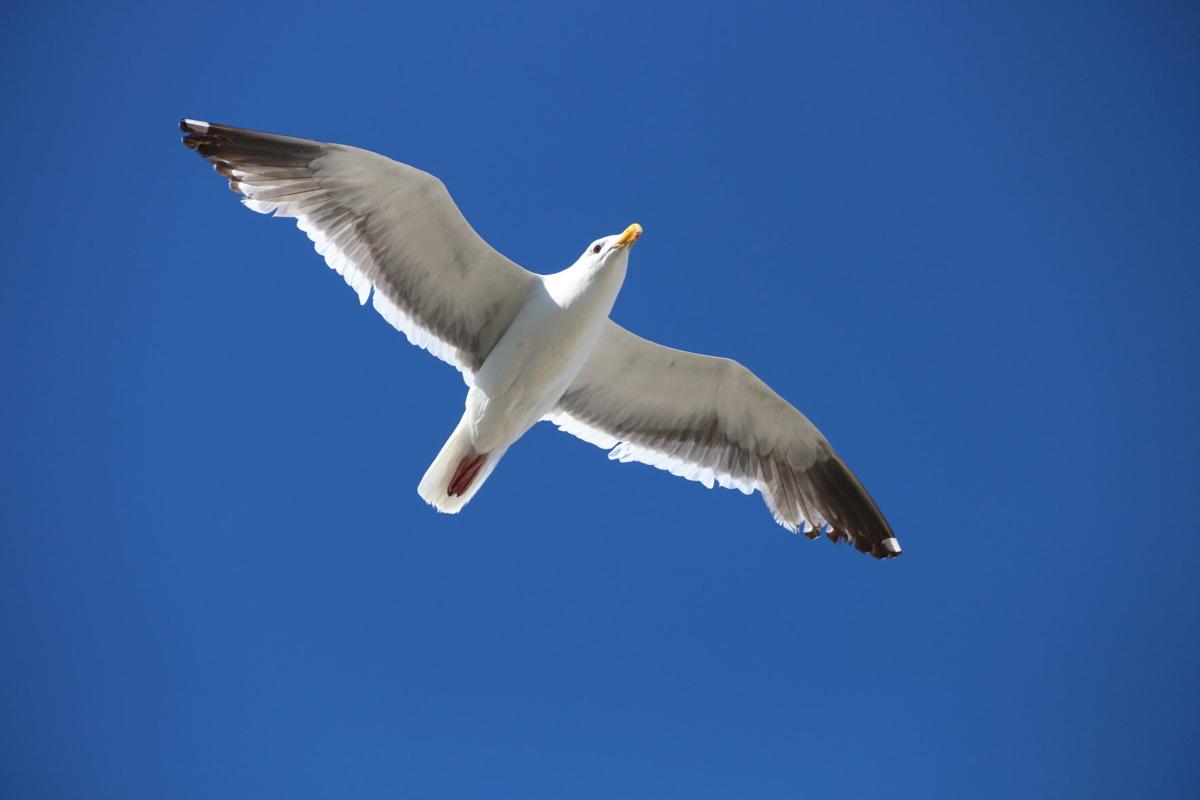 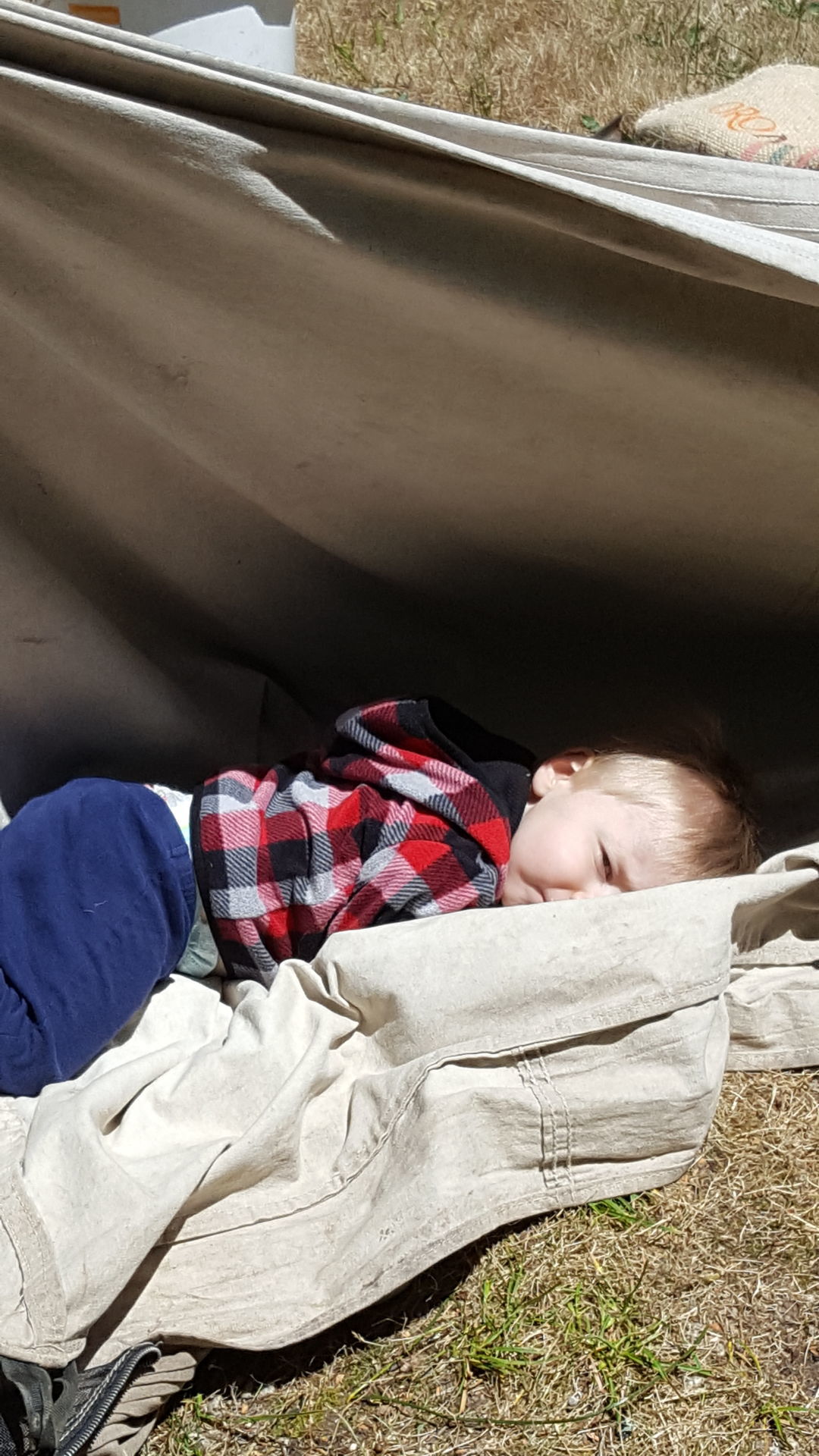 Zane Miller stops and drops while we try to roll up our wall tent.

Zane Miller stops and drops while we try to roll up our wall tent.

Our four horses were suspicious. Bullard’s Beach Horse Camp, just north of Bandon, is tucked behind the fore-dunes — so it has protection from the wind, but the distant thunder of the not so distant surf and the moan of a foghorn can be clearly heard.

Nonetheless, we set up camp and settled our horses into their deluxe stalls. On the evening of June 29th, we headed out of camp with our two geldings. Sinking deep into the sandy path, did nothing to allay their apprehensions, so to calm the horses we started out by leading them. Alas, my horse Joe’s “4-wheel drive” soon out-paced my “2-wheel drive” and instead of me leading Joe, Joe was leading me. I was practically horse-skiing. At long last my husband, Kyle, determined that the horses were calm enough to ride.

Goliath, a mustang from the Steen’s Mountains, reluctantly led the way. Every few steps Goliath froze, and on occasion executed an athletic sideways leap away from an apparently ferocious cut log. When we reached a contained but still smoldering brush fire, we gave it up and turned back.

Evening rides make horses (and white-knuckled riders like myself) extra jumpy, but even so, the ride back was enchanting. Long, slanting sun rays highlighted the shadows of the brush-covered dunes and lit up the velvety antlers of a watching buck. At least it was enchanting until we rode under the shore pines where the Bandon mosquitoes were set up for a blood drive. The mosquitoes made me want to stop, drop and roll. Fortunately, for the most of our stay, a brisk wind kept the mosquitoes away.

In the morning while waiting for our daughter, Sierra, and our 19-month grandson, Zane, to join us, we walked over to the beach. As instructed by the park ranger, I checked the tide table the night before. When I announced that the high tide was just beginning to recede, my husband countered that it looked like a low tide to him. After a protracted discussion we concluded that it was one of those tides, so we were probably safe. What wasn’t safe was a poor struggling seagull being carried off by a slightly larger hawk.

Solitude stretched north into the far-off misty headlands. After a time, a couple emerged from the trail leading inland a mile and a half to the much warmer Bullard’s Beach Campground. They were distinctly underdressed for the occasion in sleeveless shirts, shorts, and bare feet. Sunshine is no predictor of temperature on windy Oregon beaches — they didn’t last long.

In the afternoon, while our grandson stopped, dropped and rolled in his pack and play crib, Kyle saddled Dixie and Joe. Our daughter Sierra rode our new mare Dixie, who is gentle but boy-crazy, and Kyle rode Joe, a gelding Kyle has been patiently training for a year. Again, Kyle avoided the scary beach and opted for the safe trail behind the fore-dunes.

Unwillingly in the lead, Joe disagreed with Kyle’s assessment of safe. Near the smoldering fire, Joe had had enough, he spooked, bucked, reared and whirled into Dixie. Kyle was hurtled off his horse chest-first onto his rock-hard emergency satellite phone. After our X-ray technician daughter regained control of Dixie, she quickly assessed her patient who had abruptly stopped, dropped, and rolled over to lie flat on his back.

No twisted limbs, good, he’s breathing, good, in fact, he can breathe without excruciating pain so the emergency equipment didn’t break any ribs, good, no X-rays needed. Excellent, no reason he can’t wobble back to camp leading his unsettled steed.

In the afternoon more suckers — I mean potential riders — arrived. At my nudging, Kyle staggered over to saddle two horses once again. This time he picked our calmest horses, the two mares, Dixie and Dazzle. At least Dixie would have been calm if she hadn’t been in heat. As the riders headed out, her boyfriends, back in the corrals set up a hullabaloo, were whinnying and hollering for her to come back the whole time she was gone.

After a time, having witnessed Kyle’s earlier stop, drop and roll, Dixie eyed the sand and decided to try it for herself. Nonplussed, her rider, Cooper, paused, looked at his horse lying on the ground under him, then leaped off when she tried to roll, saddle and all.

Quick as a wink, Dixie jumped up and ran back to her boyfriends. There is nothing quite like the alarm of seeing a riderless horse come trotting into camp. “Is Cooper hurt? How bad?” Sierra, our closest thing to a medical expert, set out swiftly on foot to examine the scene of the incident. I caught the errant horse, and after considerable hesitation (after all, I had never ridden this horse and I am a wimpy rider) my concern for Cooper overruled my concern for my own safety. I trotted out – stopped and shortened the stirrups – then resumed trotting out to see if I could help. To my surprise, Dixie willingly left her boyfriends and hastened out to rejoin her current BFF, Dazzle.

It was with great relief that I met up with the unhorsed — but unhurt — contingent walking in. I gladly relinquished my mount, so the guys could head back out on their ride. Whew.

On Sunday, after a foray into church where we made sure all was right with God, Kyle decided to take our Mustang onto the beach. Mounting yet another guest rider on our safe old mare Dazzle, he led our gentle giant right into the waves. Although he didn’t get to actually ride, Kyle considered this foray to be a rousing success. No casualties — except for the salt water damage to his favorite cowboy boots.

Our last day Kyle stubbornly continued to try to convince our mares that the roaring, tossing, glinting, briny-smelling waves, combined with sand shifting under their hooves, would be fun. Sierra’s horse, Dazzle, followed Kyle obediently down the beach until she decided to stop, drop and roll. Although Sierra jumped clear, she stayed close enough to prevent another escape. As Kyle was giving Sierra advice on how to prevent the situation in the future he felt a tug on the lead rope like he had a fish on a line. Yup, it was Dixie, practicing her stop, drop and roll.