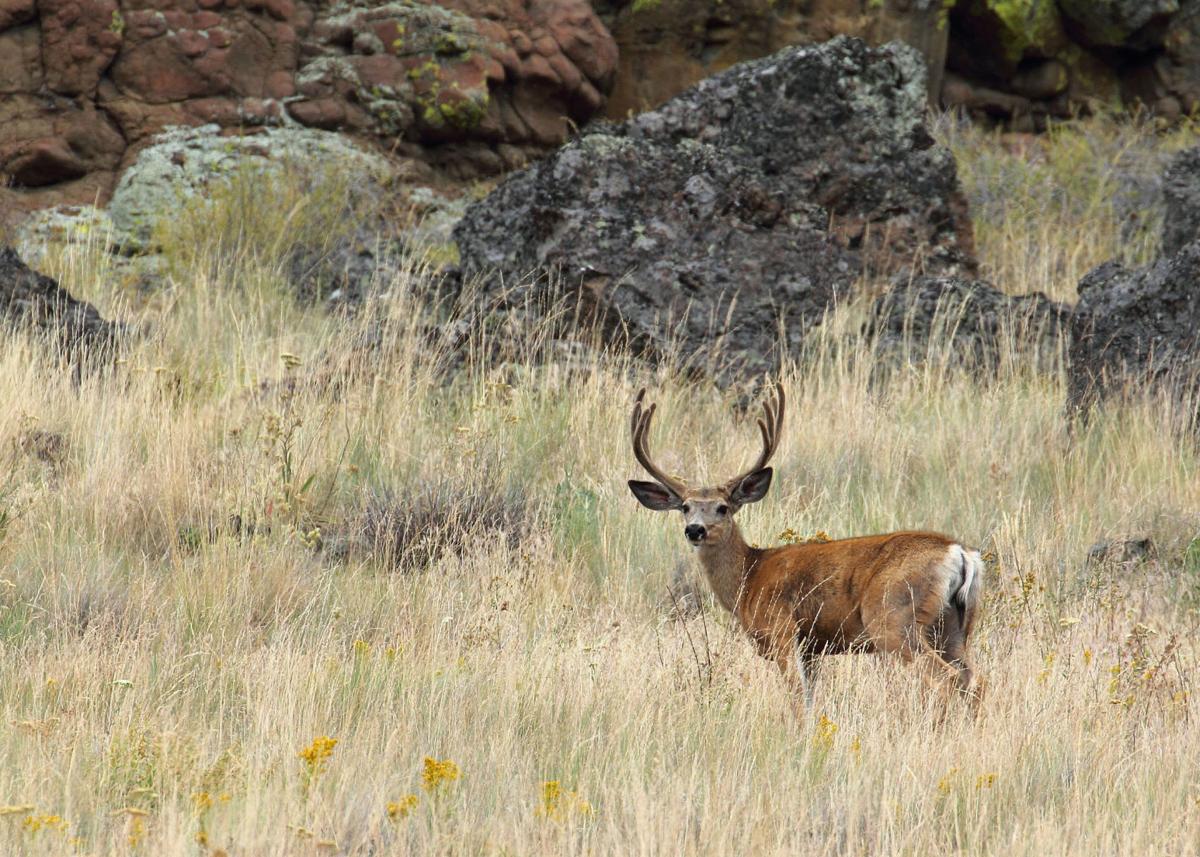 In an effort to decrease the impact of chronic wasting disease, the use of deer attractants that contain deer urine was banned by the state legislature. CWD is contracted by deer coming into contact with contaminated urine. 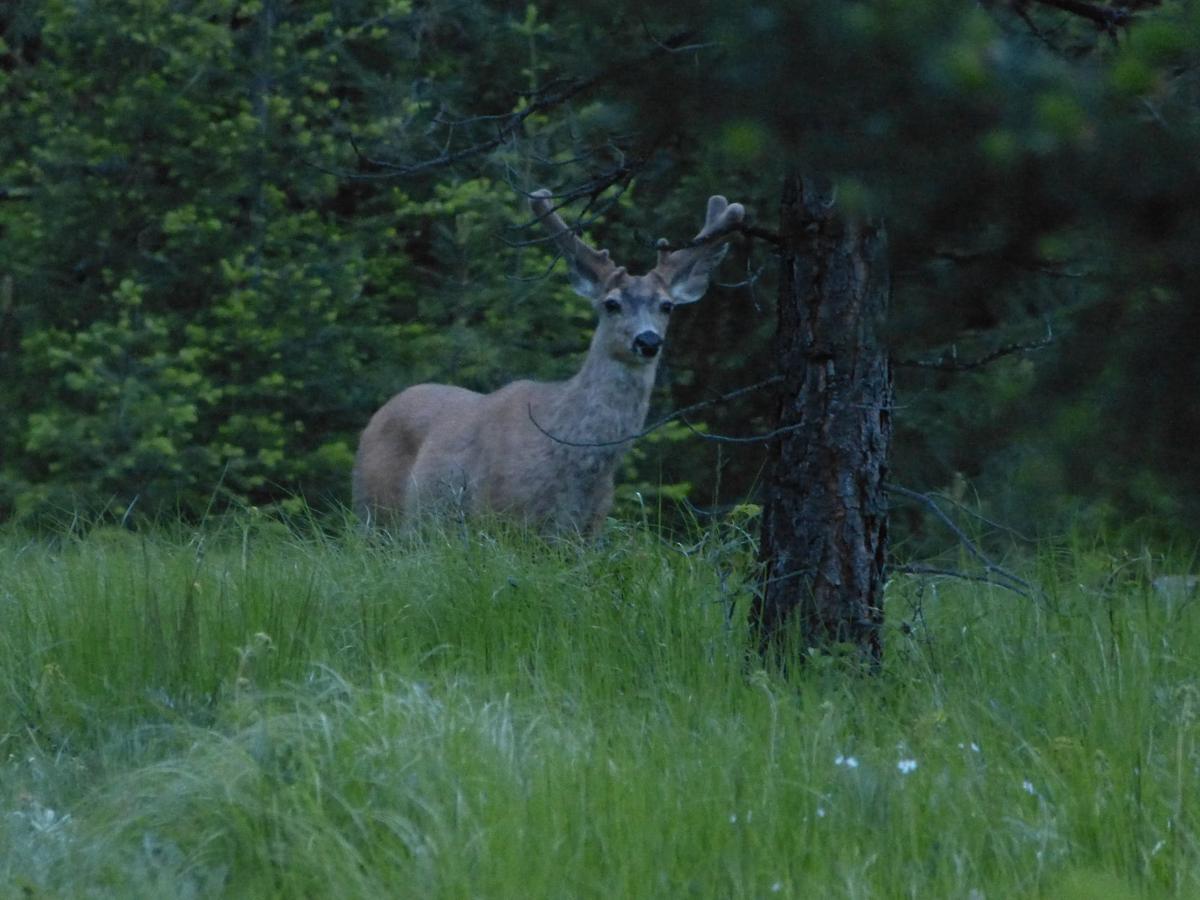 Hunters in Oregon will be barred from using deer attractants beginning in January 2020. The attractants, which contain deer urine, are believed to be part of the cause for chronic wasting disease. Deer contract CWD from contaminated urine, and the disease is always fatal. 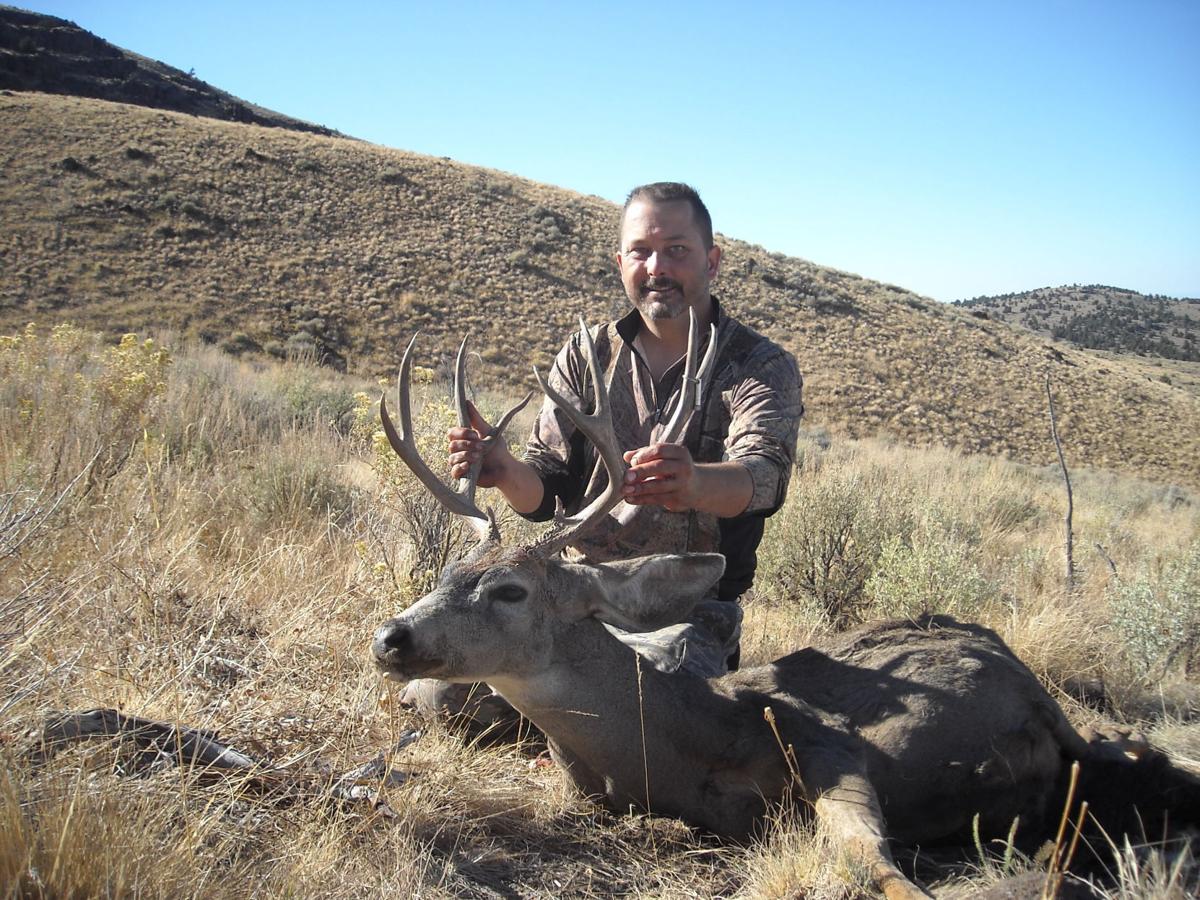 Jim Fields poses with a deer he harvested in Eastern Oregon.

In an effort to decrease the impact of chronic wasting disease, the use of deer attractants that contain deer urine was banned by the state legislature. CWD is contracted by deer coming into contact with contaminated urine.

Hunters in Oregon will be barred from using deer attractants beginning in January 2020. The attractants, which contain deer urine, are believed to be part of the cause for chronic wasting disease. Deer contract CWD from contaminated urine, and the disease is always fatal.

Jim Fields poses with a deer he harvested in Eastern Oregon.

Conditions have been looking good for deer hunters since the rifle hunting season started on Oct. 1, according to Tod Lum, Roseburg district wildlife biologist for Oregon Department of Fish and Wildlife.

He added that the buck ratios are up compared to last year and deer numbers are stable.

“We haven’t had an opening weekend like this in a long time, it’s been ideal conditions,” Lum said. “We were out checking hunters over the weekend, and I think the folks who are getting off the road and spending time away from the road are being rewarded in getting to see deer that are not disturbed.”

Deer along the road are getting better at making themselves scarce, so hunters can find a better quality hunt by walking along a road that’s tag trapped or burned off, or in a gated property with walk-in access.

“I checked one hunter, a young kid who was hunting his second deer in his life. He walked in a gate and saw a deer feeding, and he was rewarded,” Lum said.

He reminds hunters to be mindful of their target and what’s behind it.

Deer and vehicle collisions are more common this time of year along rural roads.

“People should definitely be mindful when it’s getting to be toward dusk and dawn looking for a set of eyes,” Lum said. He suggests getting ready to use the car horn while driving in an area frequented by deer.

Lum encourages people to contact ODFW if they see a deer dying of mysterious circumstances. Some deer may be affected by chewing lice that cause deer to lose their hair and appear ragged and gaunt. Seen regularly on the valley floor, chewing lice can cause the deer’s hair shafts to break and leave them with large pieces of exposed hide.

Cindy Rooney, the Umpqua Chapter president of the Oregon Hunters Association, plans on hunting for deer later this month in the Umpqua National Forest.

“I expect to go out there and spend some good times with friends and family,” she said.

On the OHA board for 19 years, Rooney grew up in a hunting family.

“Being out there is what it’s all about, doing a little hiking and camping and spending time with the family,” she said. “It’s nice when we’re more successful because that’s the meat that feeds us through the winter.”

Another OHA member, Jim Fields of Wilbur said he’s been seeing less deer than he used to.

“A lot of that i know is due to a decline in their habitat, meaning they don’t have the forage they used to have,” Fields said. He said the reason for the decline is very complex, and could include the lack of logging, the increase in the cougar population and the amount of people expanding into rural areas.

“People hunt in different ways. My focus has always been to get on clear cut or canyon where you can sit there with a spotting scope and binoculars,” Fields said. “90 percent of the time there’s deer in those clear cuts, you just got to sit and be patient to find them, and pick it apart like a needle in a haystack.”

For more information about deer, visit the ODFW Living with Wildlife website at www.dfw.state.or.us/wildlife/living_with.