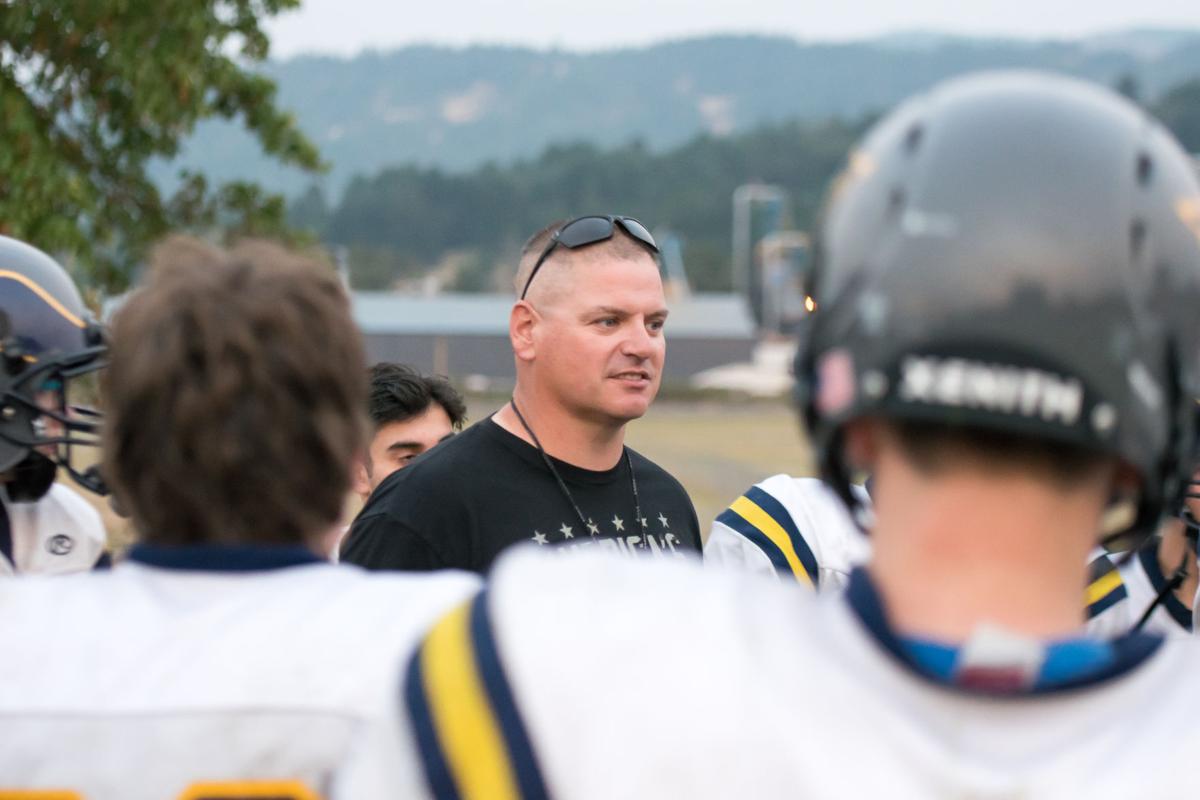 Yoncalla football coach Matt Bragg said the OSAA’s decision on the 2020-21 sports year for Oregon high schools was ‘kind of expected. I think they did the best they could come up with, given the parameters they were given.’ 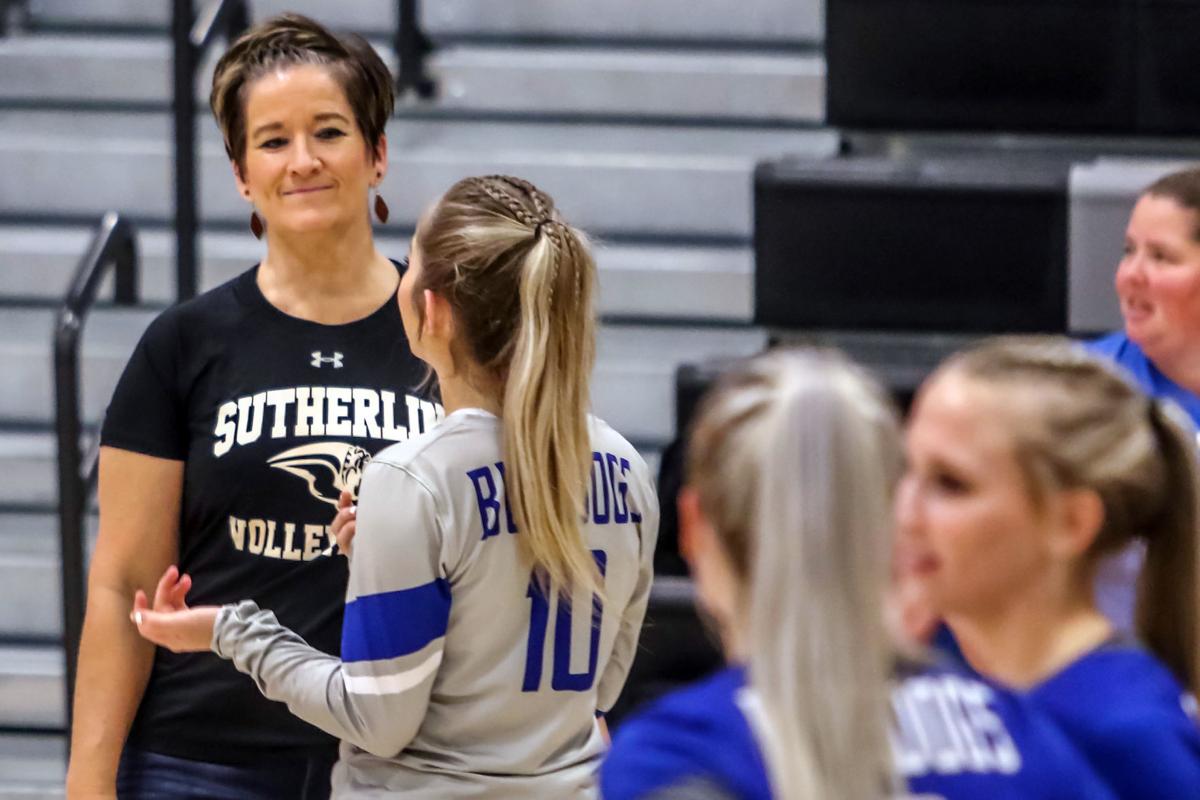 Sutherlin volleyball coach Kathy Rice said ‘it’s disappointing we have to move (the fall season) at all, but it is what it is and we have to make the best of it. In the end, it’s about getting the kids active.’ 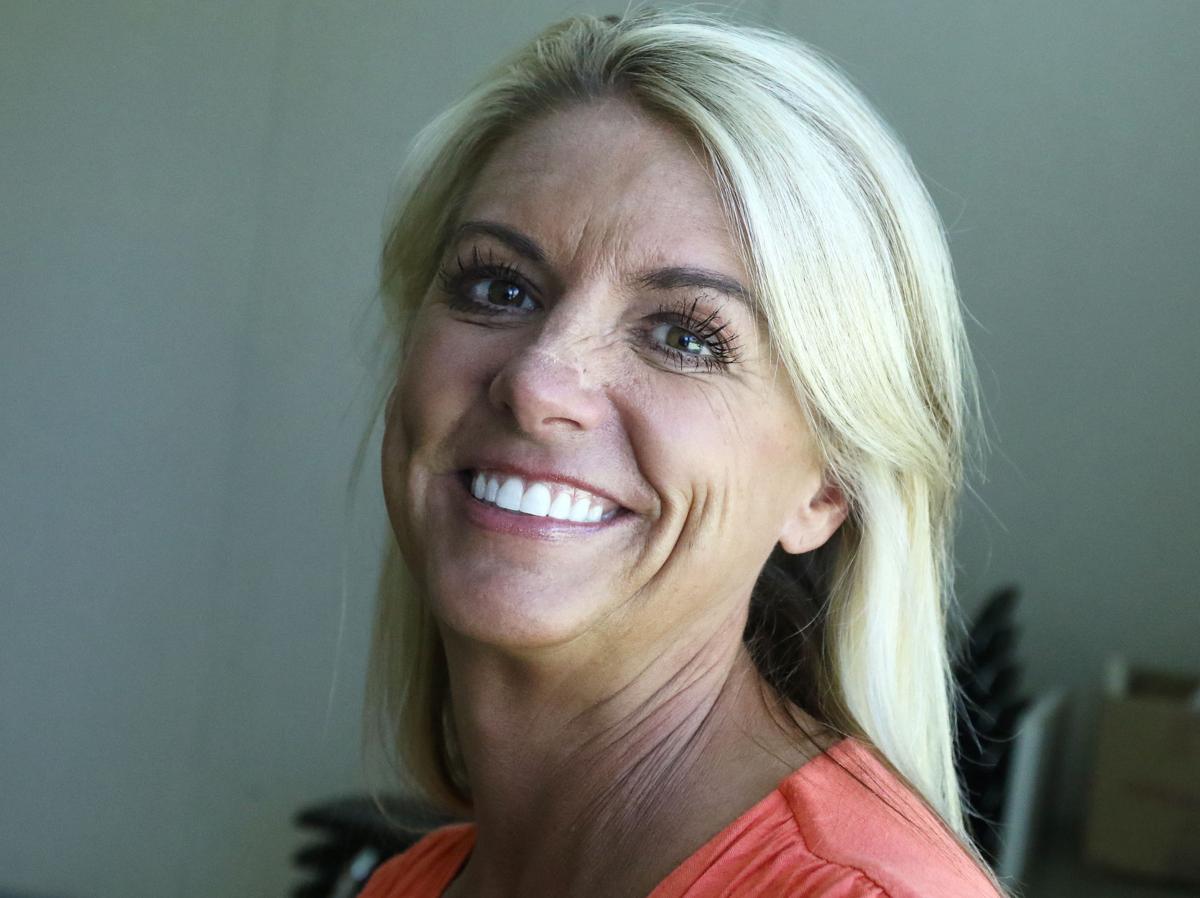 Yoncalla football coach Matt Bragg said the OSAA’s decision on the 2020-21 sports year for Oregon high schools was ‘kind of expected. I think they did the best they could come up with, given the parameters they were given.’

Sutherlin volleyball coach Kathy Rice said ‘it’s disappointing we have to move (the fall season) at all, but it is what it is and we have to make the best of it. In the end, it’s about getting the kids active.’

High school coaches and administrators in Douglas County who spoke with The News-Review on Thursday had mostly positive reactions to the Oregon School Activities Association’s announcement on the condensed 2020-21 sports year due to the coronavirus pandemic.

The OSAA moved fall sports (football, volleyball, soccer and cross country) to March. Winter sports (basketball, wrestling and swimming) will remain close to their original timeline, with games and meets beginning on Jan. 11.

Each sports season will include a seven-week regular season and conclude with an OSAA culminating week event.

Jeff Clark, the principal, athletic director and boys basketball coach at Oakland High School, is on the OSAA Executive Board and said they spent a lot of time debating the pros and cons.

“I don’t love it, but it’s the most equitable decision we could make to allow kids to participate and try and get sports in,” Clark said. “It’s been so hard with so many trying to follow so many guidelines. It’s far from perfect, but it’s the most positive plan we could come up with at this time.”

Clark added the plan is tentative.

“It’s been a difficult couple of months,” he said. “I continue to remain optimistic that we’ll get this year in. It’s still not a given.”

“I was pleased because I thought we were losing football and volleyball this year,” Ellis said. “This is better than nothing ... right now, we’re going to have sports and that’s a great thing under the circumstances. It gives the kids some hope, and I don’t think there was (previously) a lot of hope in their minds.”

Josh Gary, Sutherlin football coach — “I’m disappointed football isn’t happening in the fall, but it’s not realistic. I feel it’s a pretty good solution, it shows how important (the OSAA) feels three-sport athletes are. Having a six or seven-game season (in football) sounds like fun and I’m ready for some fun.”

Steve Stebbins, South Umpqua football and baseball coach — “It was kind of expected, but we have a plan and now we can go forward. It’s no perfect solution, but at the end of the day we get to play.”

JJ Mast, North Douglas AD and football coach — "It's going to be hard for the athletes with the overlaps between seasons, but I don't see any other options. I'm happy they're giving us an opportunity. A short season is better than no season."

Vicki Crowl, Roseburg volleyball coach — "We're excited we still get to have a season for now. The girls have been working hard (during the summer) and I'm glad the seniors are still looking at getting their last high school season in. It will be different to play in March, but it's better than the alternative that happened for our spring athletes."

Dave Heuberger, Roseburg football coach — "They gave us the best case scenario. A lot of questions remain. I'm glad they gave the ADs and coaches an initial baseline to work off of."

Ben Lane, Oakland football and baseball coach — “With the cards they were being dealt and the direction they were getting from the state, I think (the OSAA) did a great job with what they had to work with. The important part is all the seasons are still intact ... not what they’re used to, but the kids still get a chance to do their sport. I’m grateful for anything at this point.”

Kathy Rice, Sutherlin volleyball coach — “I think it’s probably the best we could hope for. It’s better than cancellation. It’s disappointing we have to move (the fall season) at all, but it is what it is and we have to make the best of it. In the end, it’s about getting the kids active.”

Matt Bragg, Yoncalla football coach — “It was kind of expected. I think the OSAA did the best they could come up with, given the parameters they were given. You could tell there was a sigh of relief when we talked to the kids last night, they know they’ll get to play some football. It’s going to be weird suiting up in March, but we’ll make the best of it.”

Bill Shaw, Reedsport football coach — “I was bummed out about the idea of losing fall sports, so I’m glad they worked out a solution. I don’t think there’s a better choice. I feel like we’re fortunate they made a decision to allow us to have this after what happened in the spring.”

Keri Ewing, Camas Valley football coach — “I felt like it was going that way. I’m happy they finally made a decision. We’ve had kids out here (working out) since the beginning of July and it weighs heavy on them, too. The kids get to play in the spring and it’ll work out.”

Kristin Parks, Roseburg girls soccer coach — “It’s really hard, we had a lot of girls who were upset (about the season getting moved to the spring). They were hungry and eager to play (in the fall). We’re grateful we get to do something, but it’s not what we hoped for. We’ll try and stay positive and move forward.”