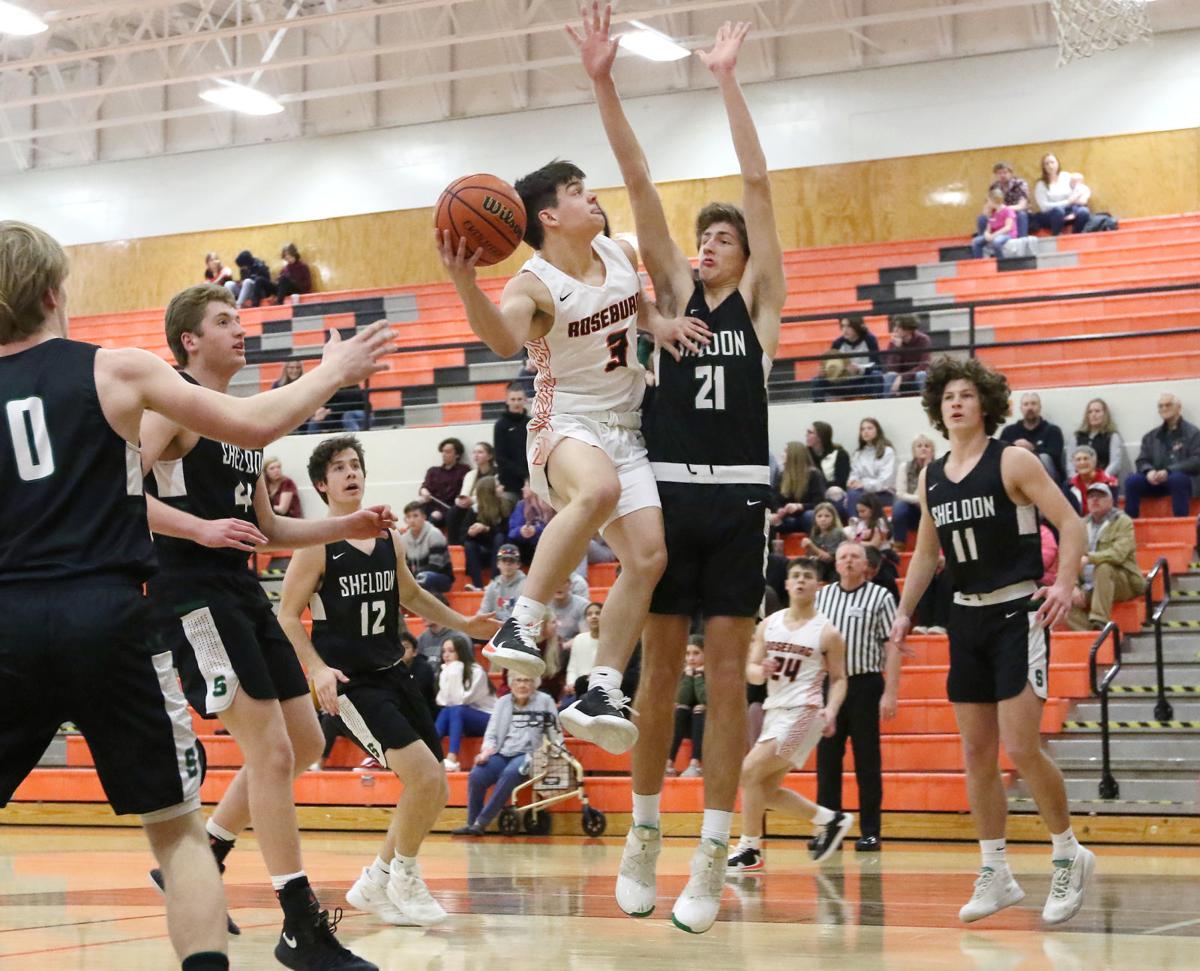 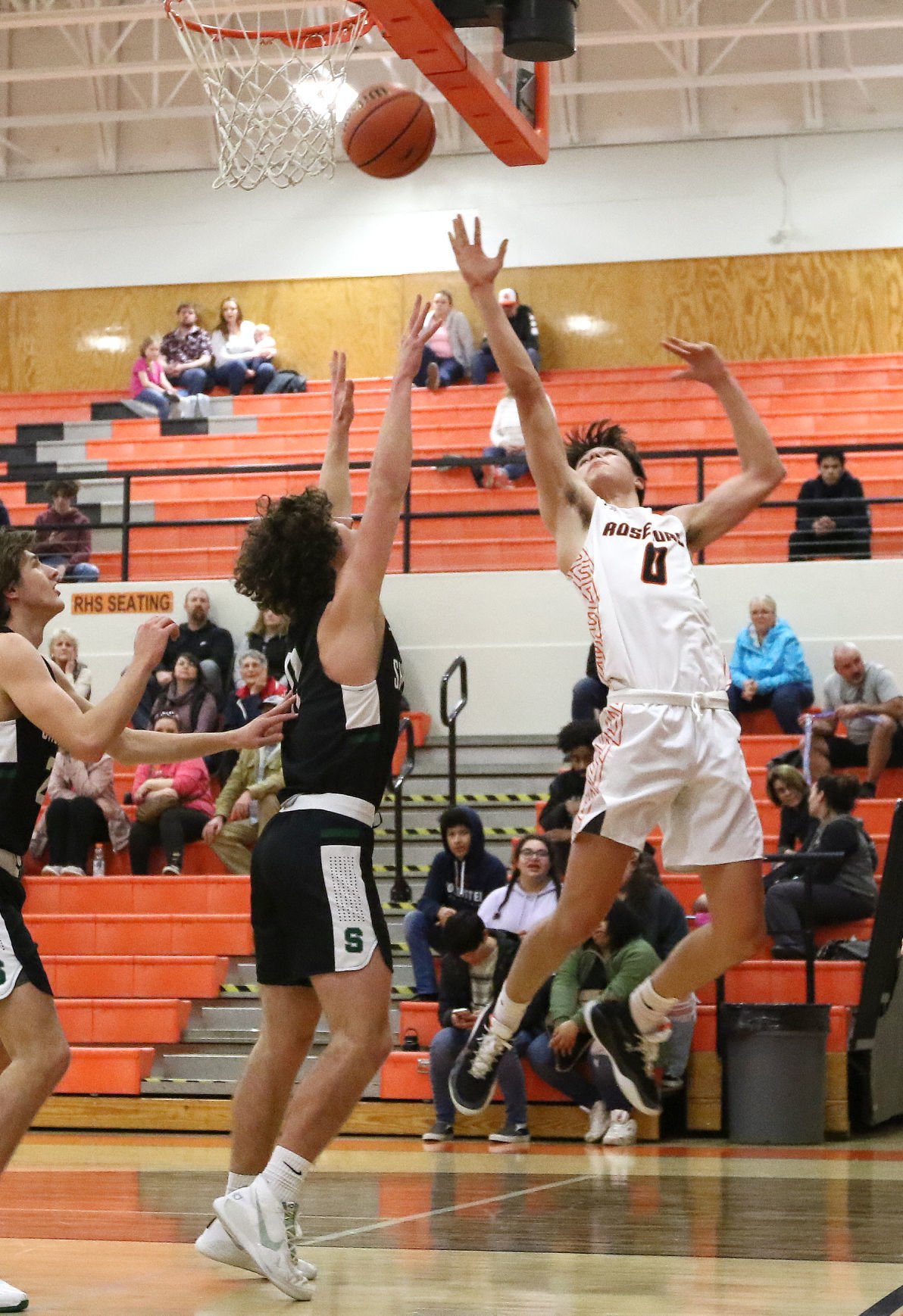 Roseburg's Attreyu Pinard is fouled as he drives to the basket against Sheldon's Gunner Robinson during first half play Friday in Roseburg. 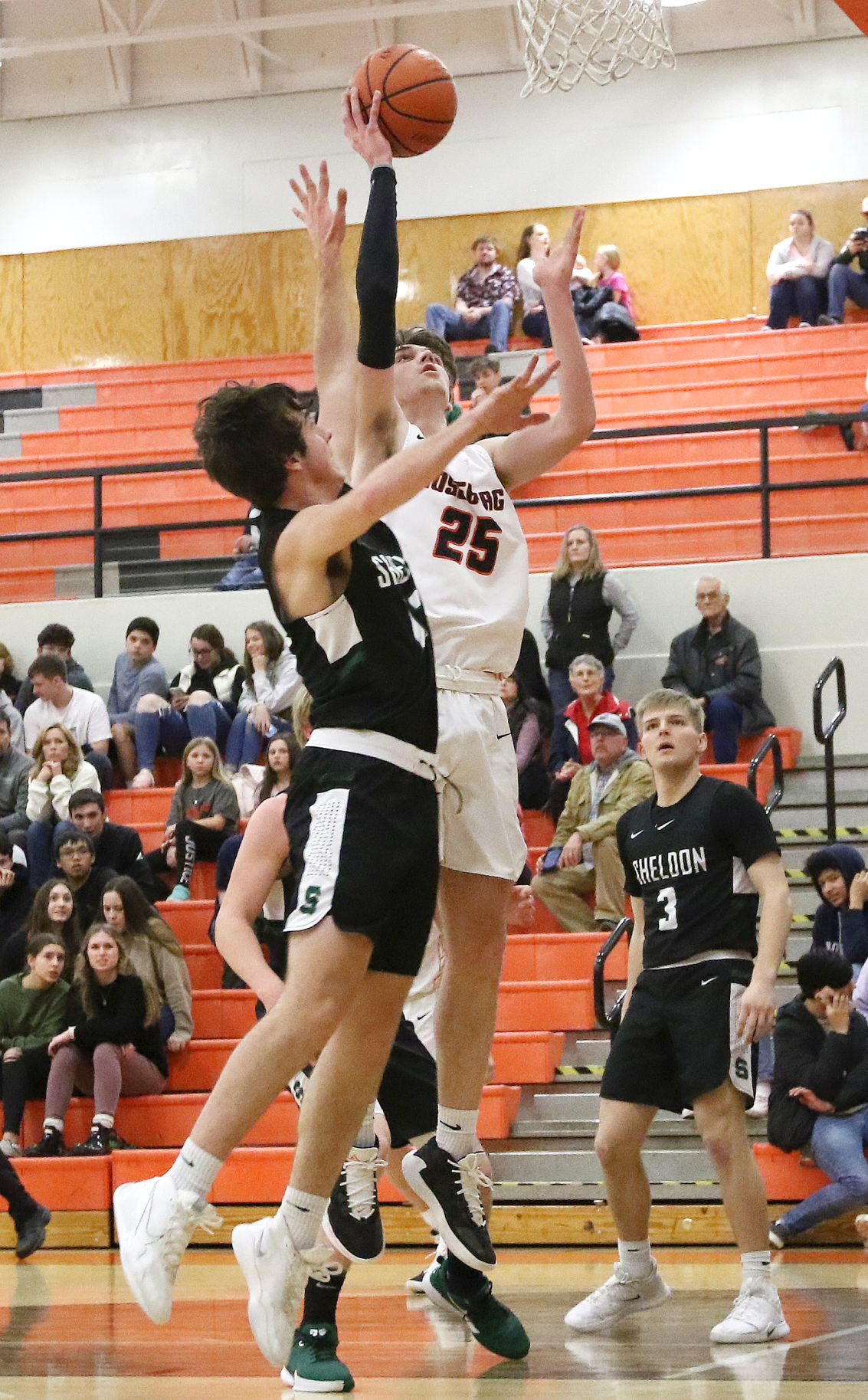 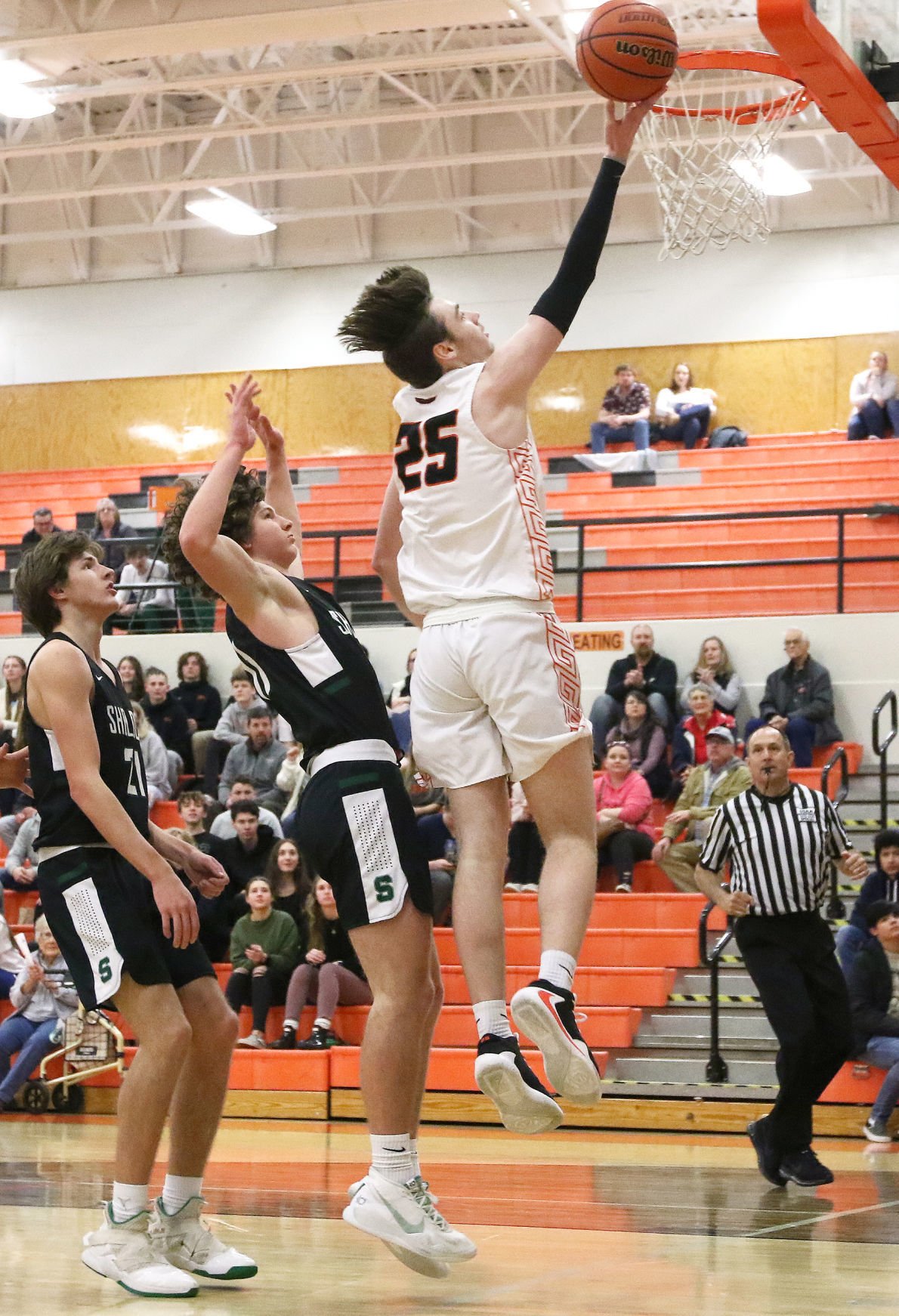 Roseburg's Zach Martin scores on a layup against Sheldon's Nash Kuykendall, left, and Gunner Robinson during first half play Friday in Roseburg.

Roseburg's Attreyu Pinard is fouled as he drives to the basket against Sheldon's Gunner Robinson during first half play Friday in Roseburg.

Roseburg's Zach Martin scores on a layup against Sheldon's Nash Kuykendall, left, and Gunner Robinson during first half play Friday in Roseburg.

A promising start for the Roseburg High boys basketball team was quickly erased in the second half Friday as the Sheldon Irish ran away with a 54-36 victory in a Southwest Conference game at Robertson Memorial Gym.

“They came out and did a little more trapping, which was effective in the first half,” Humphreys said. “They got a little bit more aggressive in it and we weren’t able to handle that pressure. A lot of that’s on me for not getting us prepared during the week to handle that.”

Roseburg (3-16, 0-6 SWC) held the lead through much of a low-scoring first half. Zach Martin scored all seven of his points in the first quarter to help the Indians take a 13-11 lead.

The Tribe took its biggest lead at 17-14 late in the second quarter, but Sheldon senior Dawson Prickel sunk a 3-pointer just before the break to cut the deficit to one.

“The first half was good. We did something a little bit different this week offensively to try and take advantage of our small guys against their big guys,” Humphreys said. “We got them in foul trouble and got them to sub out their big guy within the first two minutes of the game and then we were able to go to work a little bit and get some easier buckets in other positions.”

The Indians struggled to keep the gameplan working as Sheldon cranked up its defensive pressure and shut down Roseburg’s offense after halftime. Roseburg managed just three points in the third period and its 36 points was a season low.

Roseburg will continue the season on Tuesday with a home game against South Eugene. The contest tips off at 6:45 p.m.