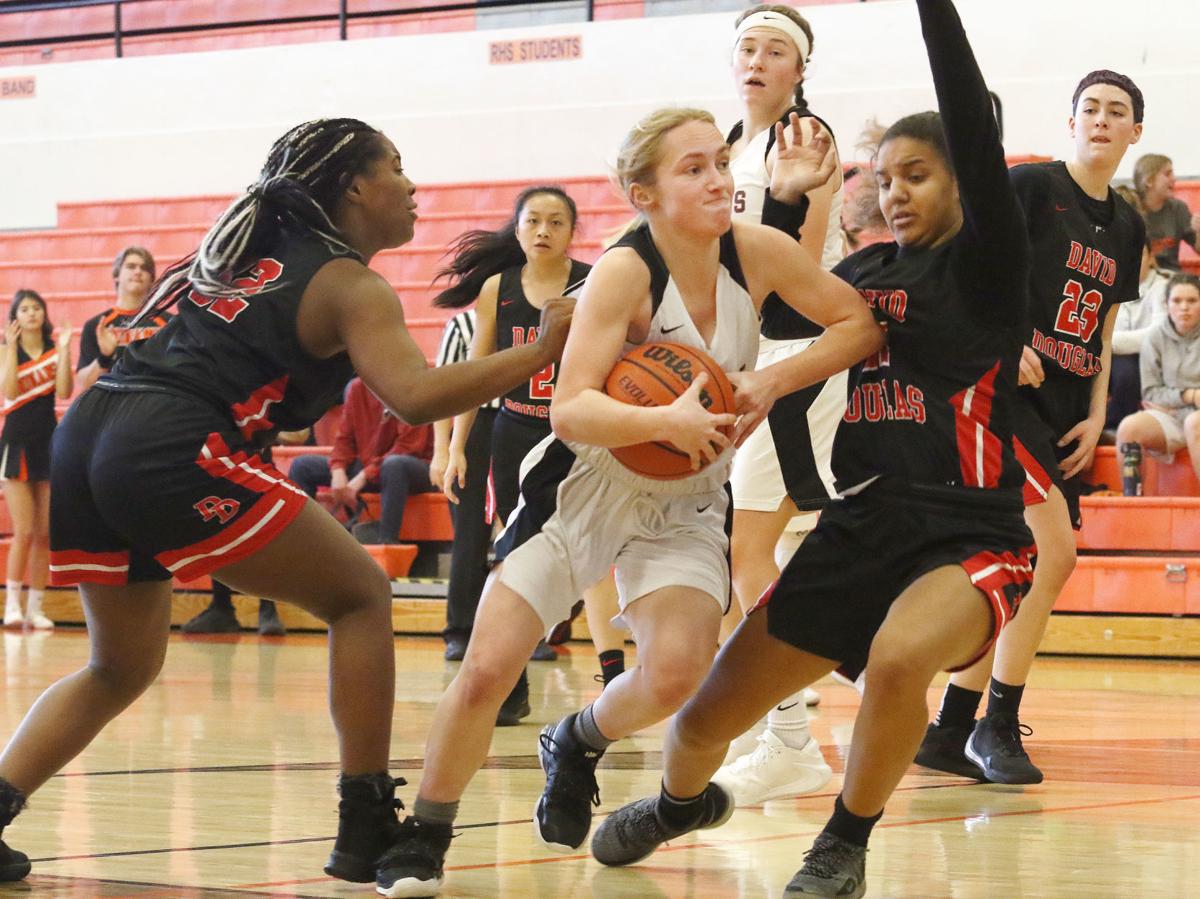 Roseburg High School guard Jazmyn Murphy drives to the basket between Candace Reddix (32) and LaMirra Luster of David Douglas during the first half Friday at Robertson Memorial Gymnasium. Murphy scored 16 points, but the Indians lost 62-41. 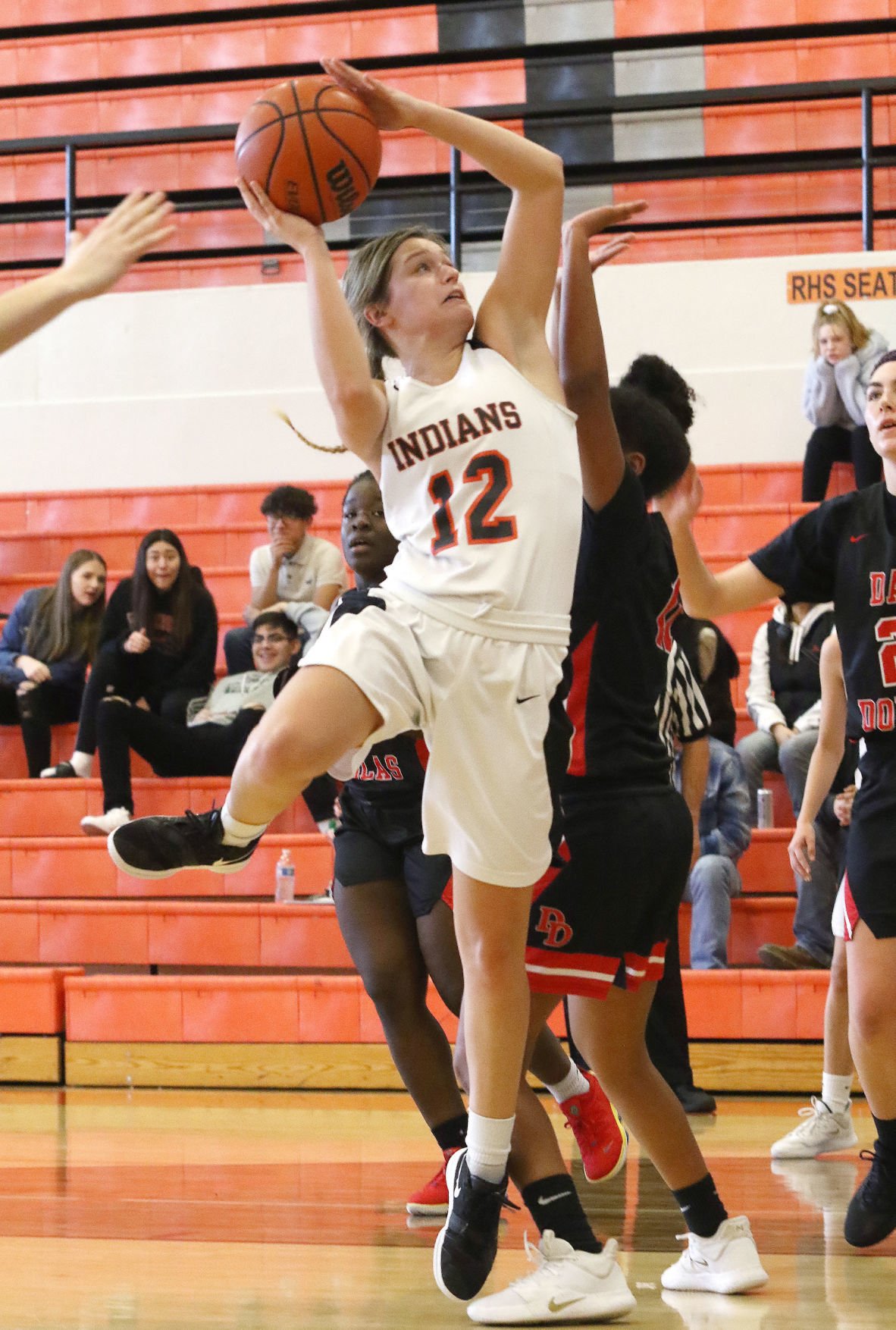 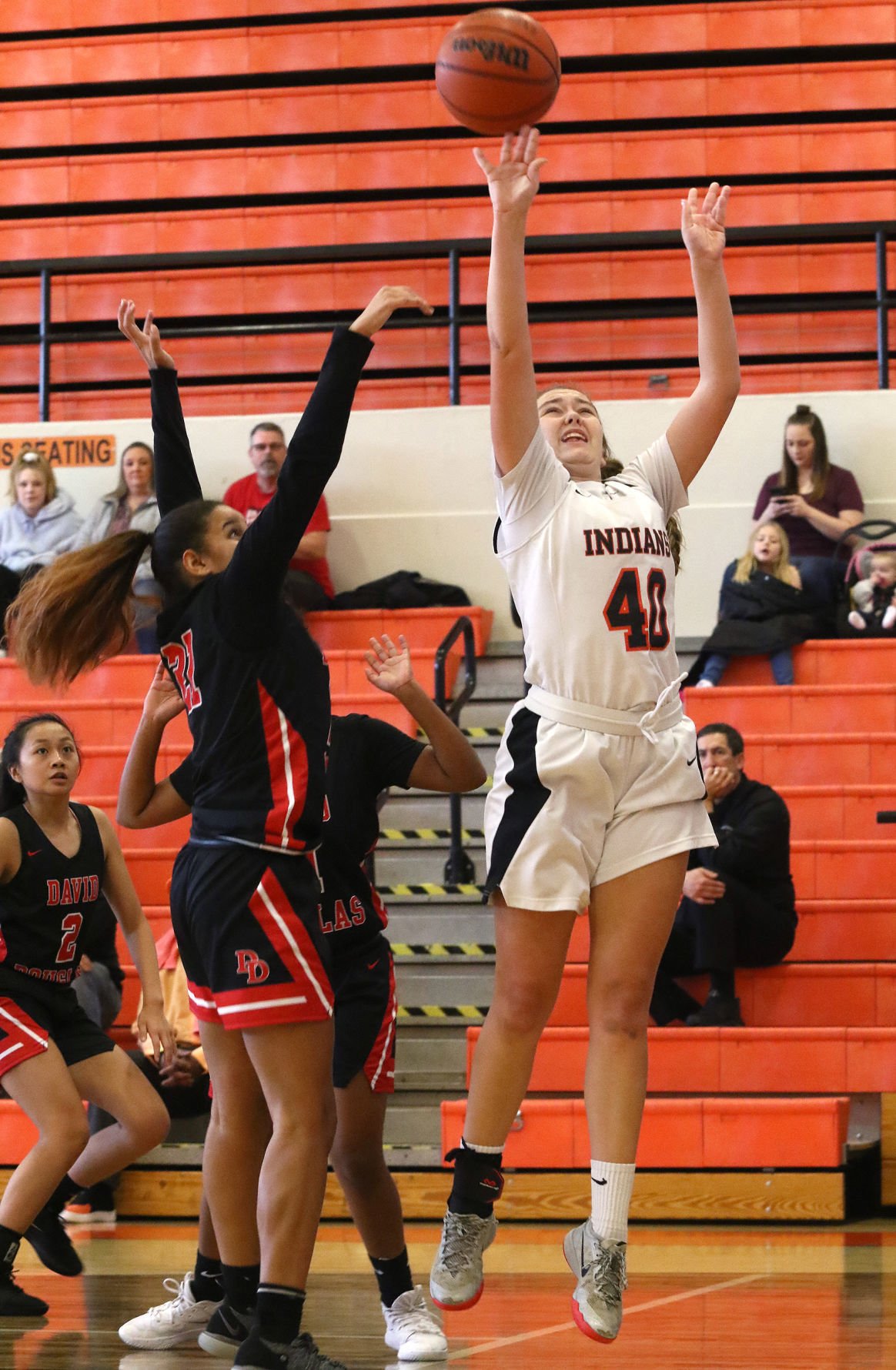 Roseburg post Rylee Russell shoots in front of David Douglas’ LaMirra Luster during the first half Friday at RHS. 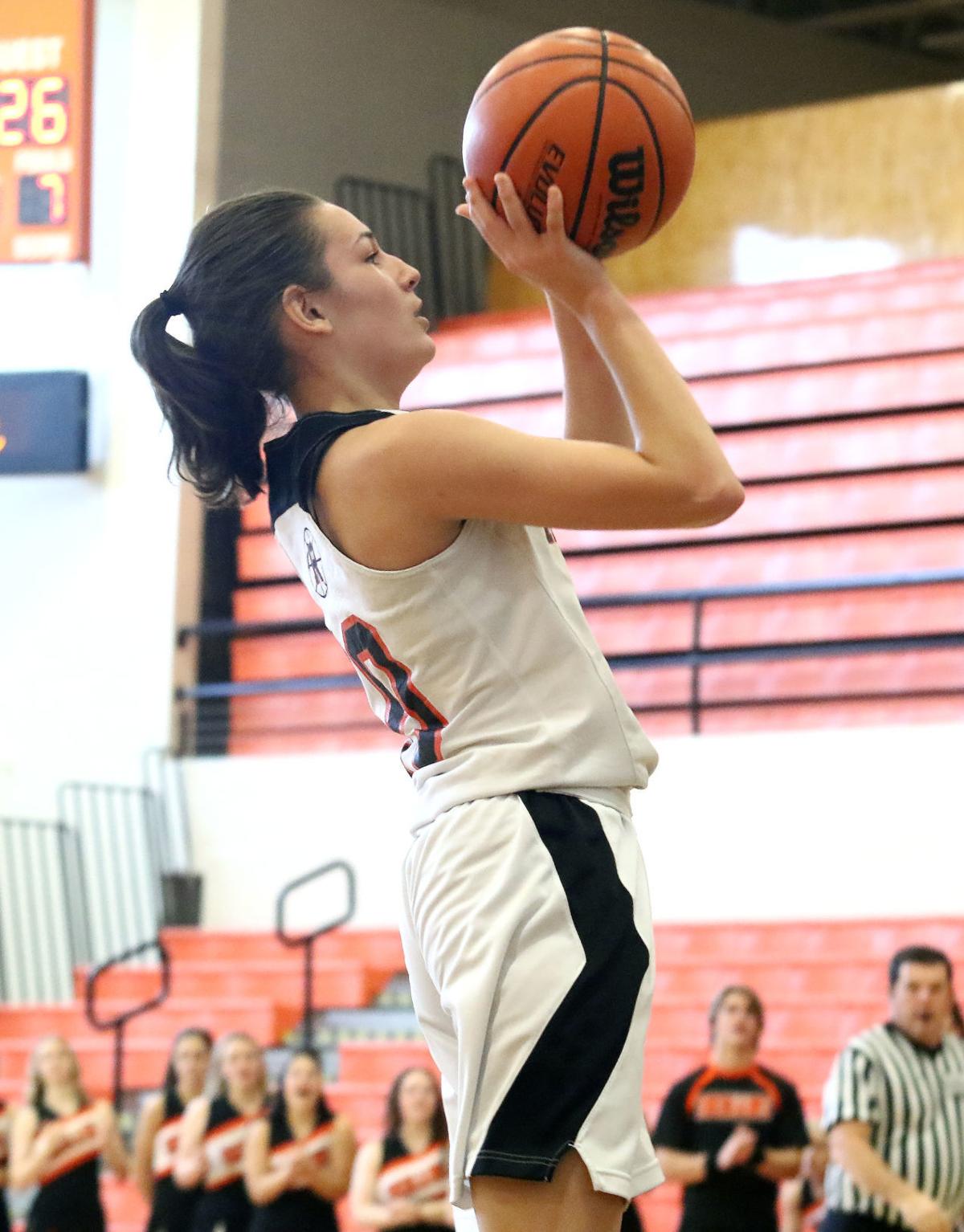 Roseburg guard Kalina Anderson takes a shot during first half play against David Douglas Friday at RHS. Anderson finished with nine points in the Indians' 62-41 loss.

Roseburg High School guard Jazmyn Murphy drives to the basket between Candace Reddix (32) and LaMirra Luster of David Douglas during the first half Friday at Robertson Memorial Gymnasium. Murphy scored 16 points, but the Indians lost 62-41.

Roseburg post Rylee Russell shoots in front of David Douglas’ LaMirra Luster during the first half Friday at RHS.

Roseburg guard Kalina Anderson takes a shot during first half play against David Douglas Friday at RHS. Anderson finished with nine points in the Indians' 62-41 loss.

David Douglas used some long range shooting and capitalized on some Roseburg turnovers to gain the early advantage on Friday afternoon.

The Indians could never recover from their 11-point deficit in the first quarter and fell 62-41 to the Scots in a nonconference girls basketball game at Robertson Memorial Gym.

The Scots of Portland, a member of the Mt. Hood Conference, hit four of their seven 3-point field goals in the first quarter.

Senior guard Jenna Stradley, who finished with a team-high 16 points, nailed a pair of 3-pointers and Marake Wondwossen and Marielle Ellarma each added one for David Douglas in the opening period. Stradley had four treys in the contest.

The Scots (5-4) hiked their lead to 21 in the second quarter before settling for a 35-18 cushion at intermission. They led by as many as 25 in the third period.

“No. 23 (Stradley), we knew she was a great shooter,” Roseburg junior guard Kalina Anderson said. “Our plan was to not let her get the ball, and we tried as hard as we could. That didn’t happen a couple of times, but we also shut her down a couple of times.”

Shayla Slossar (11 points) and Wondwossen (10) also scored in double figures for the Scots.

Rebounding and turnovers continue to be a problem for the Indians (1-10), who have dropped nine straight games.

“We had to make some adjustments based on their defense,” Roseburg coach Dane Tornell said. “It took a little while to figure out, but the girls finally realized what we need to do to beat the press. They’re learning. Their basketball IQ and knowledge is growing every day, and I love coaching this team.”

Junior guard Jazmyn Murphy led the Tribe with 16 points, converting all 10 of her free throw attempts.

Anderson had nine points and nine rebounds, and sophomore Chelsea Miller contributed five points — going 5 of 6 at the charity stripe.

“Yes, that’s very true (about the slow start),” Anderson said, “but I thought we came back pretty well and our motivation went up. We got better as the game went on.”

Tornell was pleased with the play of senior post Rylee Russell, who grabbed seven rebounds and made Roseburg’s only 3-pointer of the game.

“Whatever Rylee ate for breakfast this morning, she needs to do tomorrow,” Tornell said with a smile. “Her effort was unbelievable, she was working hard at both ends.”

The Indians have improved on their free-throw shooting as of late. They shot 71 percent (22 of 31) against David Douglas.

“The beginning of the season was pretty hard on us, but we’re shooting well from the line now,” Tornell said. “Our overall scoring average (as a team) is going up every time we play, which is a big deal.”

Roseburg will host Franklin (2-6) at 1:30 p.m. Saturday in a nonconference contest. The Lightning, a Portland Interscholastic League team, lost 46-34 at Grants Pass Friday.