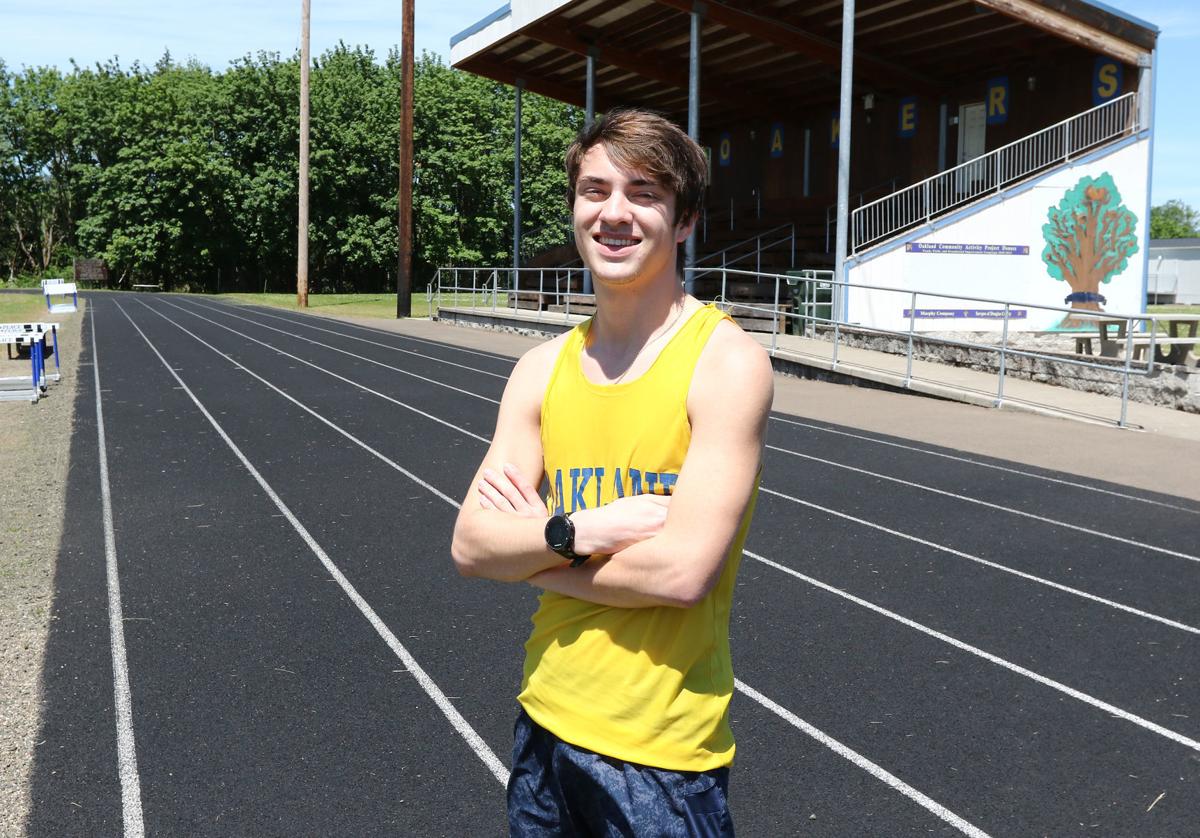 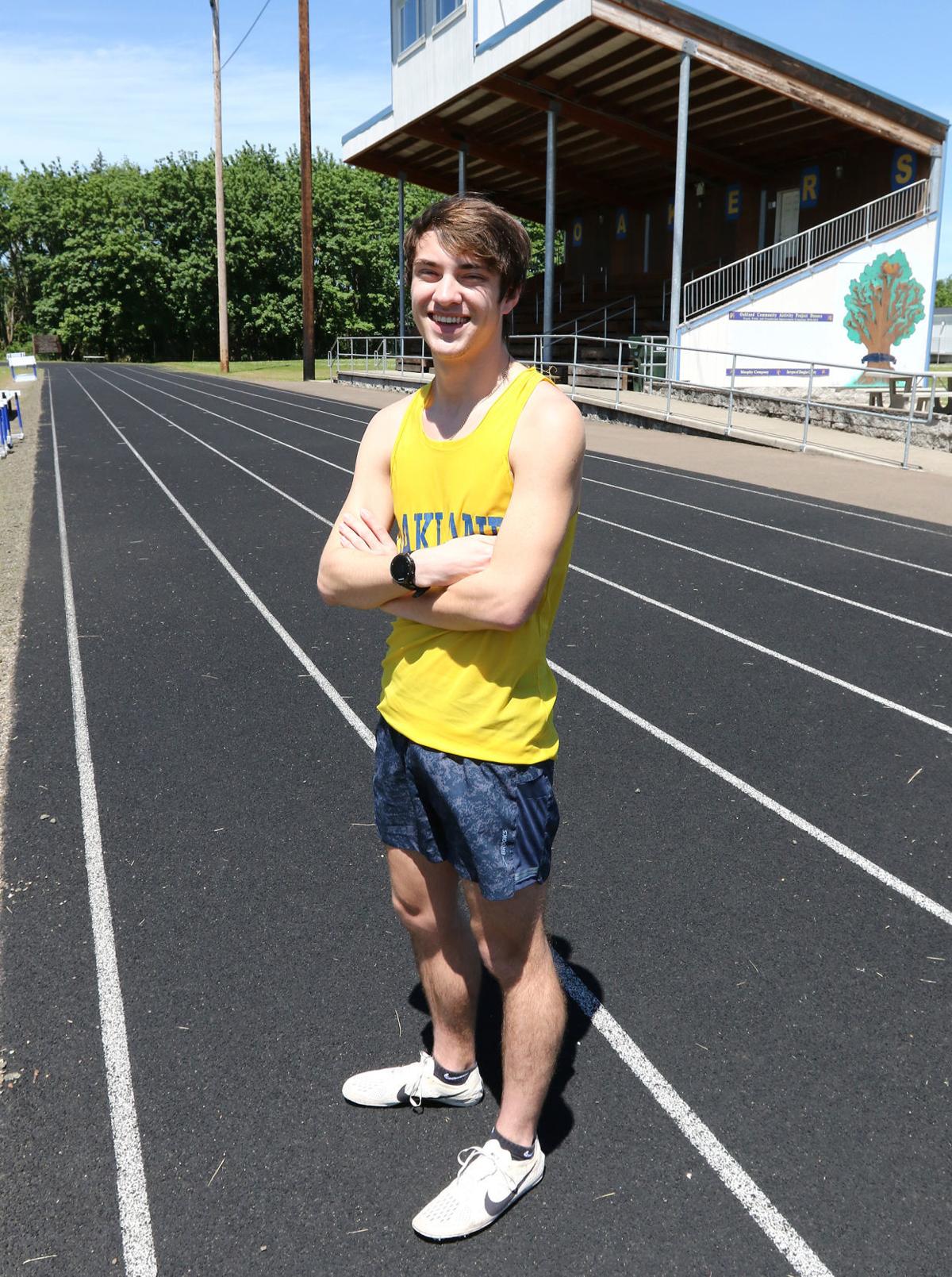 Oakland High School senior middle distance standout Wyatt Smith is planning to run 800 meters by himself on Saturday at Eddy Field in Oakland, hoping to break two minutes in the two-lap event. 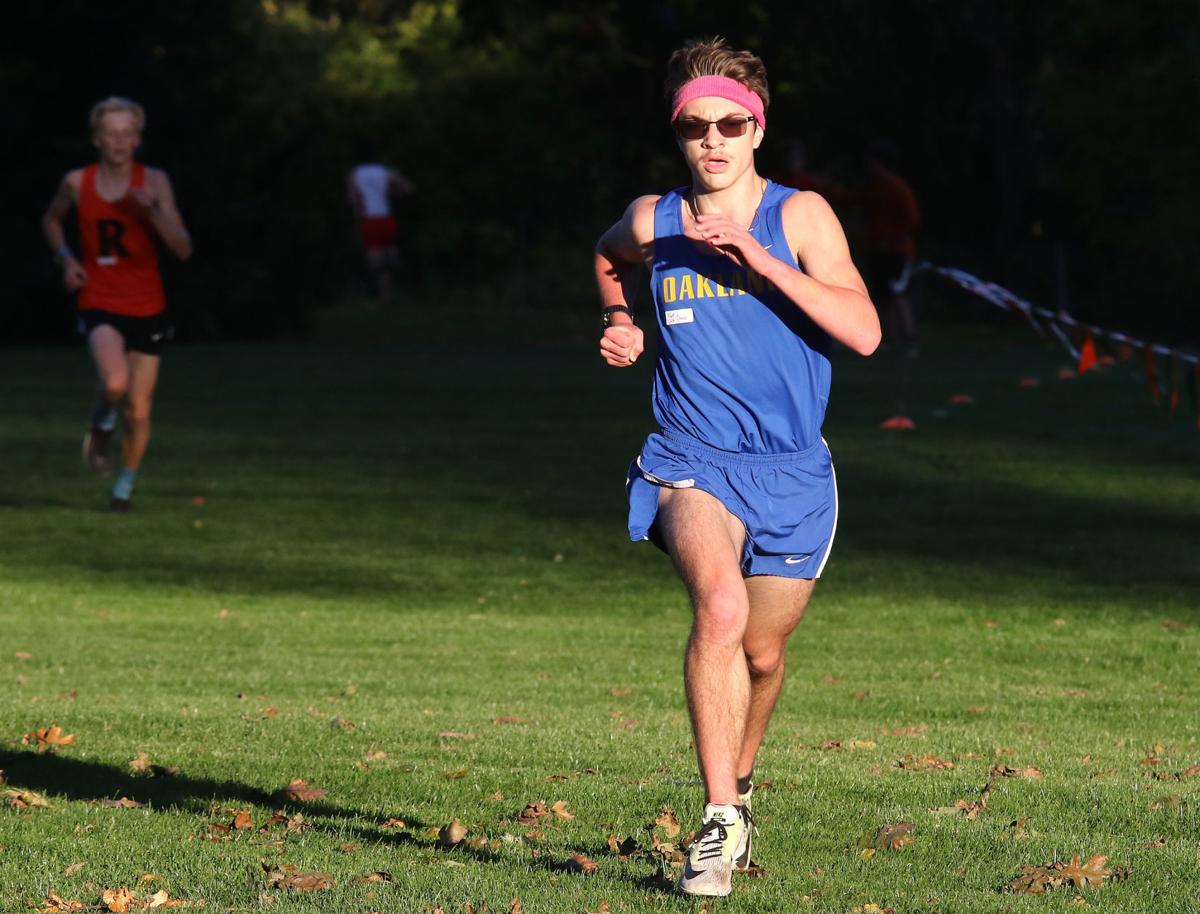 Oakland senior Wyatt Smith nears the finish line in the Umpqua Invite cross country race at Stewart Park in Roseburg during the 2019 season. 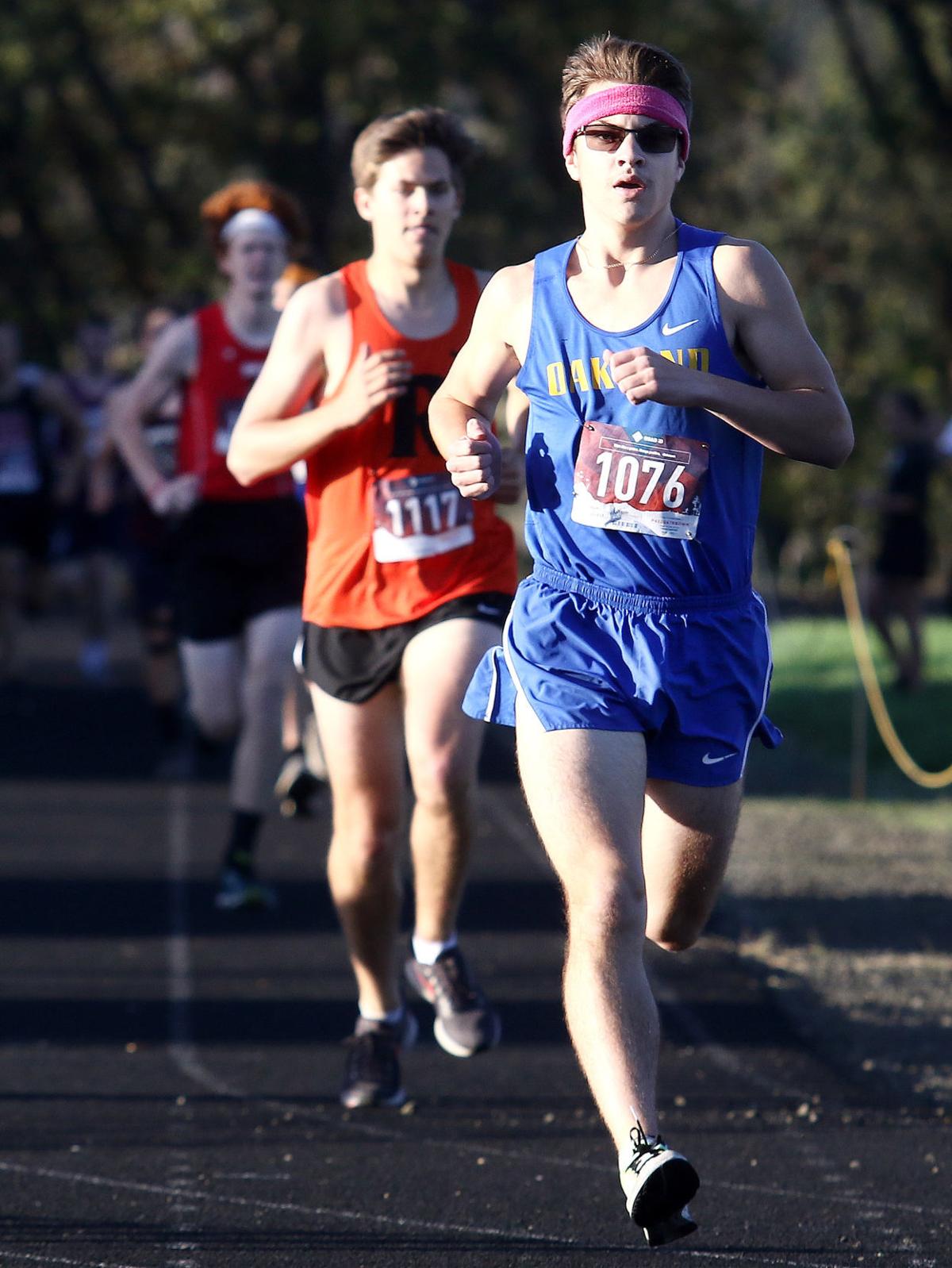 Oakland’s Wyatt Smith leads the way during the Acorn Gully Chase cross country meet in Oakland in 2019. Smith went on to qualify for the Class 2A/1A state meet.

Oakland High School senior middle distance standout Wyatt Smith is planning to run 800 meters by himself on Saturday at Eddy Field in Oakland, hoping to break two minutes in the two-lap event.

Oakland senior Wyatt Smith nears the finish line in the Umpqua Invite cross country race at Stewart Park in Roseburg during the 2019 season.

Oakland’s Wyatt Smith leads the way during the Acorn Gully Chase cross country meet in Oakland in 2019. Smith went on to qualify for the Class 2A/1A state meet.

OAKLAND — On his 18th birthday, Wyatt Smith plans to make an unofficial run at the school record in the 800 meters Saturday at Eddy Field.

The Oakland High School senior middle distance runner was among the state’s athletes who saw their spring sports season wiped out because of the coronavirus pandemic.

If spring sports would’ve stayed on schedule, the Class 2A state meet was set for this Thursday and Friday at the University of Oregon’s renovated Hayward Field. After finishing as the state runner-up last year in the 1,500 and 800, Smith was poised to challenge for a championship this season.

Instead, the 5-foot-9, 136-pounder will be looking to break two minutes in the two-lap event for the first time on his home track. The school record of 1:57.4 was set by Jack Catton in 1984.

Smith’s personal record of 2:02.46 in the 800 came last year at state at Western Oregon University in Monmouth. He signed with WOU, an NCAA Division II school, in November.

“I’ve got to do a race, even if there’s no competition,” Smith said. “It will cap off my track career (at Oakland) and we’ll see what happens. I feel like I’m in good shape ... especially if I have family and friends there, I’ll be motivated and pushing myself.”

After qualifying for his first 2A/1A state cross country meet last fall with a third-place finish at the Special District 4 Championships, Smith entered the 2020 track season with high expectations.

“Hopefully, four state titles (in the 800, 1,500, 4x400 relay and team standings),” Smith replied, when asked about his goals this season. “It didn’t happen. It’s something I’ll never be able to check off, which is pretty disappointing.”

“We had a solid group of boys coming back,” Oakland head track coach Kelly Simonson said. “To have your final (sports) season taken away is heart-wrenching. Wyatt trained a lot after cross country and he was looking great coming into the season. He was already in shape. I definitely think he could’ve taken the 800 (at state).”

Smith was bummed, but not surprised when the Oregon School Activities Association canceled the season on April 8.

“I wouldn’t say it was a big shock,” he said. “I knew the writing was on the wall when the NBA got suspended (March 11) and the 4A-6A (state) basketball tournaments were canceled. I was hoping it wouldn’t be the entire season, but once we got shut down those two weeks I was feeling this will probably be it.”

Even with no spring season, Smith has continued to train.

“I don’t use it as an excuse to stop training,” he said. “I’m fortunate enough to be able to compete at the next level, and I’ve really got to stay on top of my fitness. Hopefully there will be some events in the summer I can compete in, but if not these miles aren’t going to go away.

“I’m in the best shape I’ve ever been in. The competition is one of my main motivations to run. With no competition, I’ve just been really discovering new things about why I run. I’ve discovered it’s not about competing with other people, but more about competing with myself — seeing if can put these miles in or can I get this time.”

Smith was the Most Valuable Runner for the Oakland cross country team all four years and provided leadership for the track team. He was selected Most Inspirational last year.

“Wyatt is a really driven kid,” Simonson said. “He’s a born leader. That drive he has absolutely rubs off on the rest of the team. He pushes everybody to do their best.”

“I’m a leader both ways (by example and vocally),” Smith said. “I felt it this year, especially on the distance side. Everybody was looking to me for workouts.”

Smith will always have his 2019 state track performances to hang his hat on, particularly on a personal level.

“One of my biggest motivations was on the same day of state track was the one-year anniversary of my mom (Victoria) passing away,” Smith said. “That capped off everything. I remember breaking down and crying after both races. I came away feeling vindicated that all my hard work and struggles I went through during the past year paid off.”

“Going into state, I knew Wyatt could do well but didn’t know where he’d be emotionally,” Simonson said. “He competed very well and I couldn’t have been prouder of him.”

Smith has also excelled in the classroom, finishing with a 3.82 GPA to rank in the top 10 in his class. He was selected the Male Student Of the Year.

Smith is excited about extending his running career at Western Oregon. He’s planning to go into the education field.

“I want to be a history teacher,” Smith said.