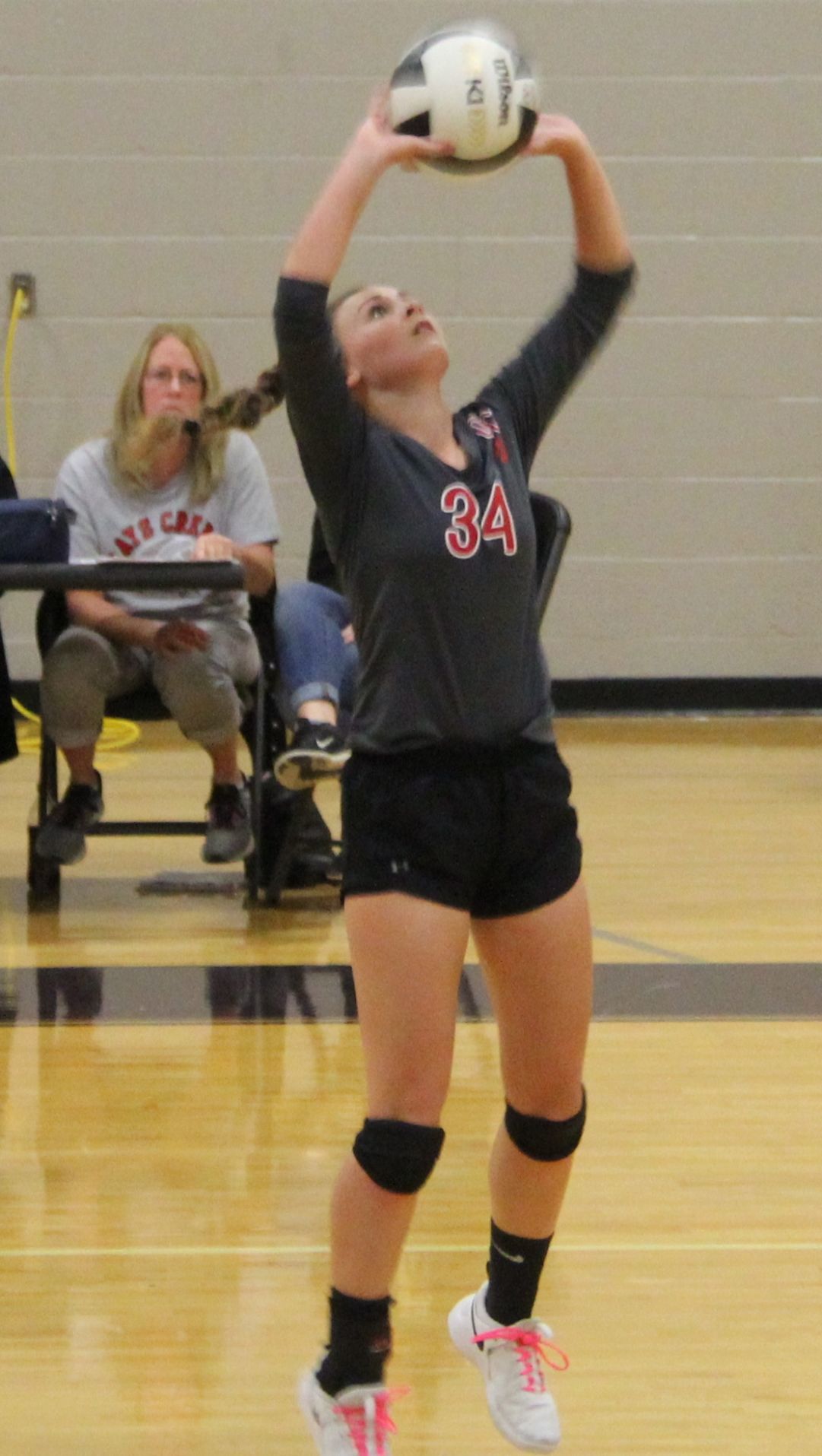 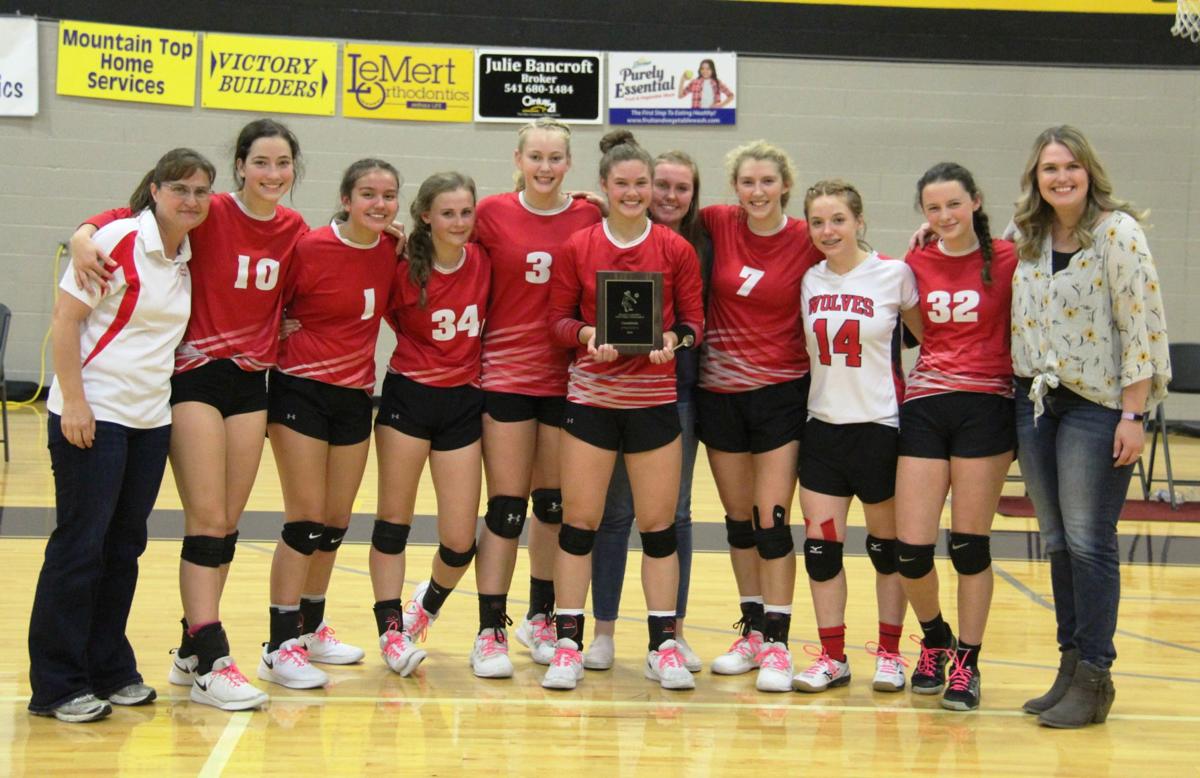 Players and coaches from the Days Creek volleyball team pose with the championship plaque following Saturday's win over North Douglas in five sets.

Players and coaches from the Days Creek volleyball team pose with the championship plaque following Saturday's win over North Douglas in five sets.

DIXONVILLE — Days Creek overcame a two-set deficit and rallied past North Douglas in five sets in the championship match of the Skyline League district volleyball tournament on Saturday at Umpqua Valley Christian School.

"It was intense. It was a battle," D.C. coach Gloria Kruzic said. "Both teams fought really hard, the whole match was so stressful. I was proud of our girls ... they didn't give up, stuck together and kept pushing."

"It was a tough loss, but we got over our mental block of not believing we could compete with them," N.D. coach Emily Reed said. "We played really well the first two sets, then kind of let up and started making a lot of mistakes and Days Creek was really tough to stop."

Olson made 11 digs and Byle had eight digs for Elkton versus D.C. Luzier chipped in four kills.

Michaels had 12 kills and eight aces and Slater finished with 13 kills for the Wolves in their win. Halli Vaughn had nine kills and Cydni Dill chipped in six aces for the Warriors in their victory. Joy DeRoss had five kills and five digs for C.V., Wolfe contributed 16 digs and three aces, Holmgren made seven digs and three blocks and Bella Pool had nine digs.

North Douglas will host McKenzie in a first-round state playoff and Elkton will visit Central Christian on Wednesday. Days Creek hosts a second-round contest next Saturday.