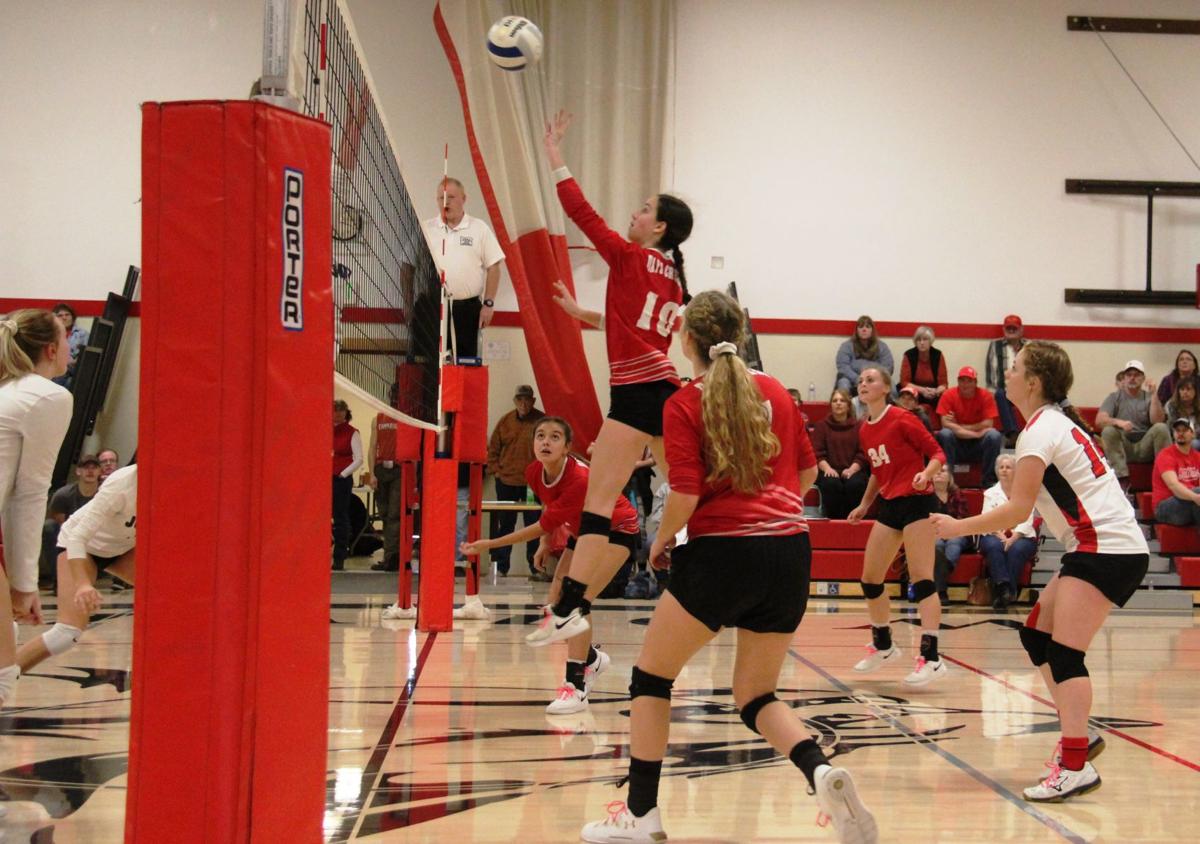 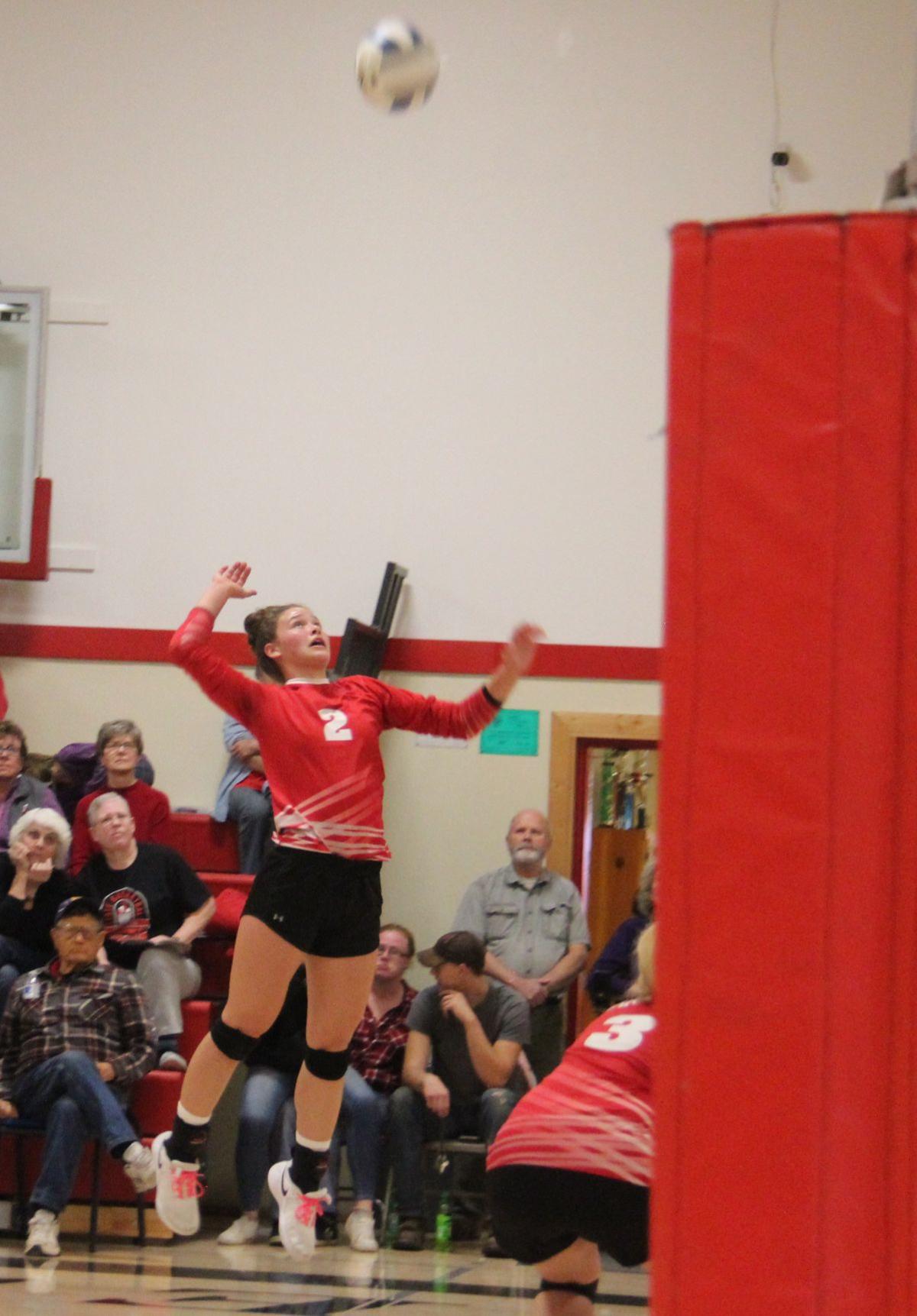 Days Creek's Moriah Michaels hits the ball against Joseph on Saturday during their Class 1A second-round playoff match in Days Creek.

Days Creek's Moriah Michaels hits the ball against Joseph on Saturday during their Class 1A second-round playoff match in Days Creek.

DAYS CREEK — The second-seeded Days Creek volleyball team handed No. 15 Joseph a loss in straight sets on Saturday in a Class 1A second-round playoff match.

"I was super happy with my girls," Days Creek coach Gloria Kruzic said. "Joseph was super scrappy. We've really been working on defense in practice and they played some amazing defense today. Their offense was stellar ... they just fired on all cylinders."

Days Creek will meet No. 10 Perrydale (28-7) at 10 a.m. on Friday in a quarterfinal match of the state tournament at Ridgeview High School in Redmond.