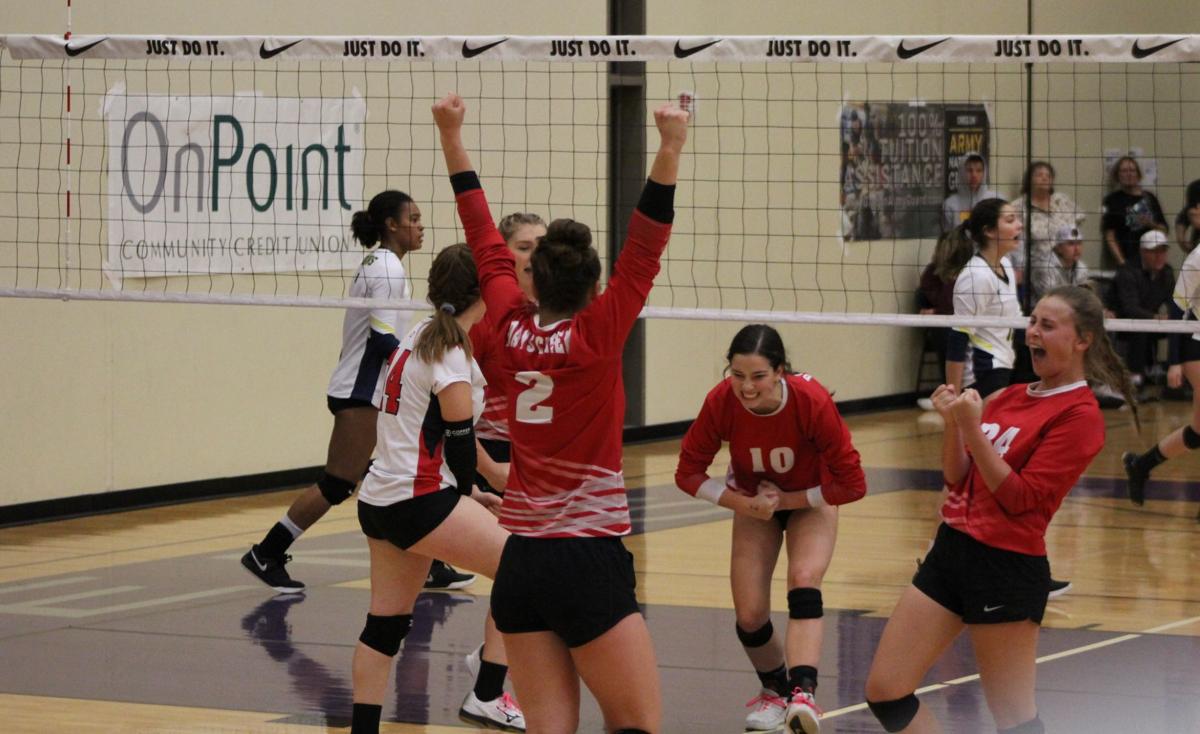 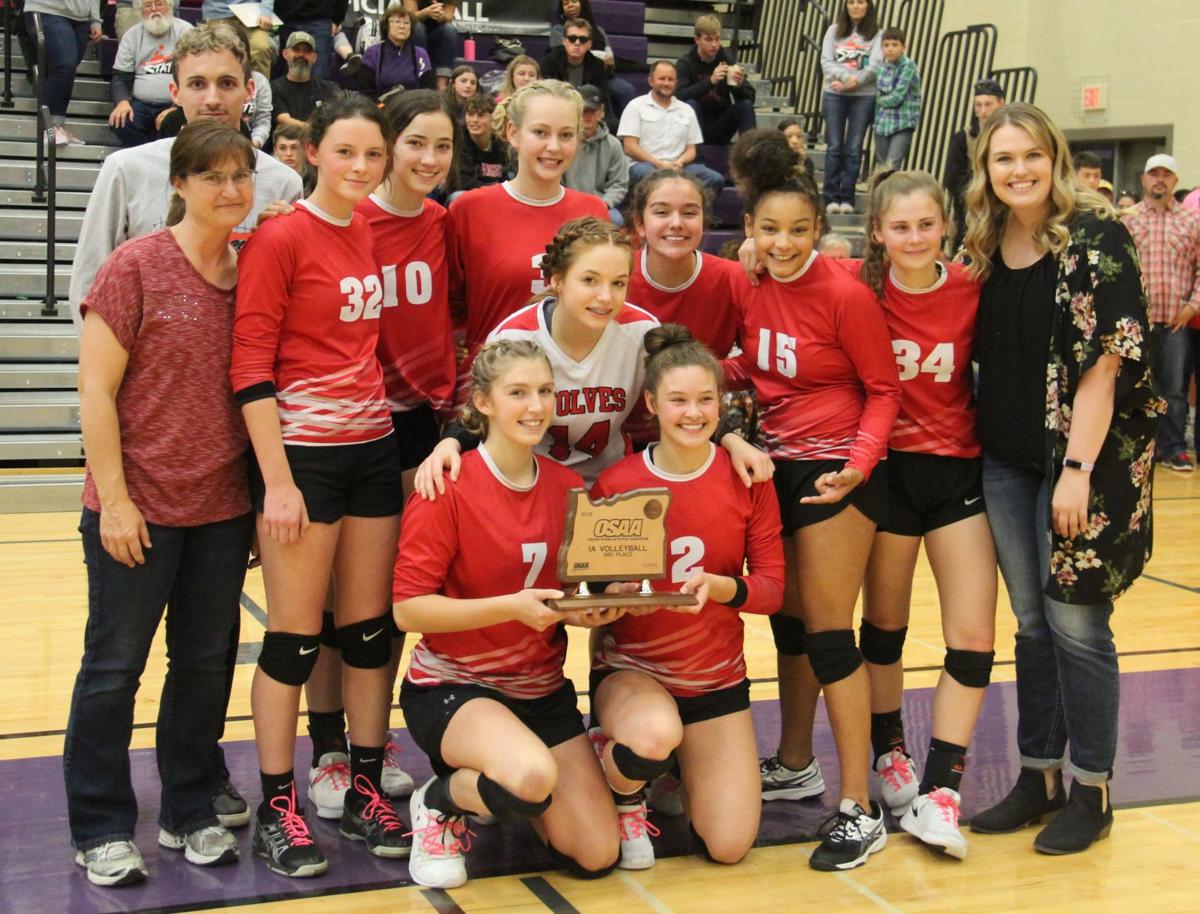 Players and coaches on the Days Creek volleyball team pose with the third-place trophy at the OSAA Class 1A tournament on Saturday at Ridgeview High School in Redmond. 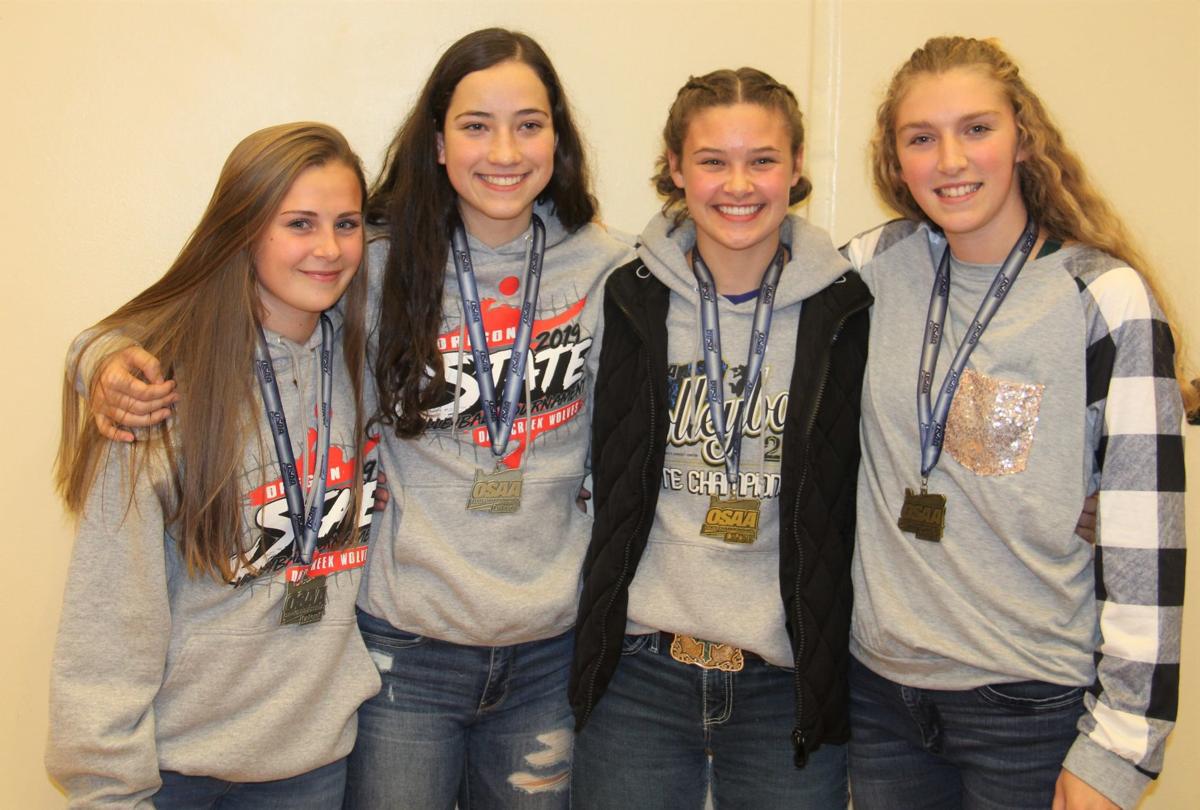 Players and coaches on the Days Creek volleyball team pose with the third-place trophy at the OSAA Class 1A tournament on Saturday at Ridgeview High School in Redmond.

The Days Creek High School volleyball team ended its successful 2019 season on Saturday afternoon with a victory, defeating Country Christian of Molalla in straight sets in the third-place match in the OSAA Class 1A tournament at Ridgeview High School in Redmond.

The second-seeded Wolves, who lost to No. 3 St. Paul (which won the state title Saturday) in the semifinals Friday afternoon, finished with a 29-3 overall record.

“We have some pumped and excited girls right now,” Days Creek first-year head coach Gloria Kruzic said. “Our seniors (Moriah Michaels and Joleen Crume) really led today. It was a good way for them to go out on and I’m super proud of them.”

Michaels and Crume were selected to the all-tournament first team. Slater and Megan Kruzic made the second team.