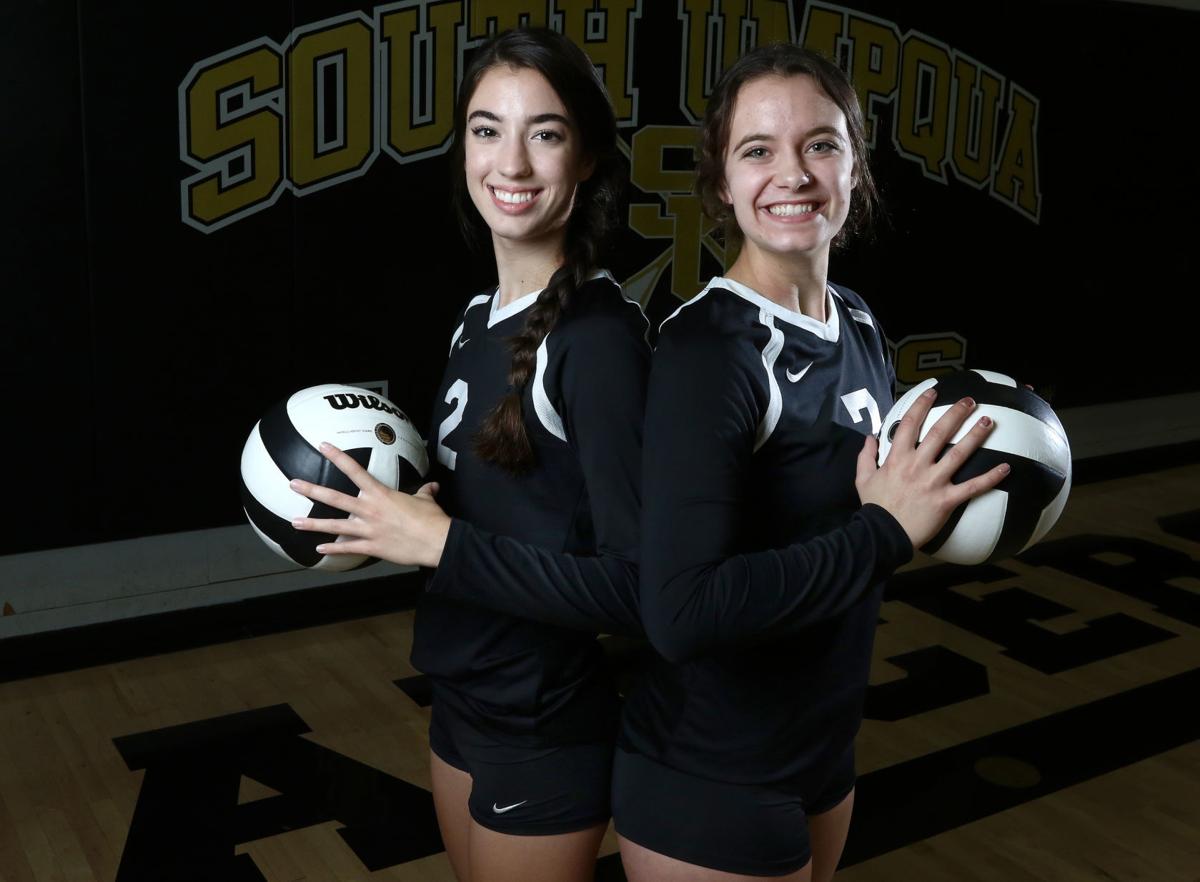 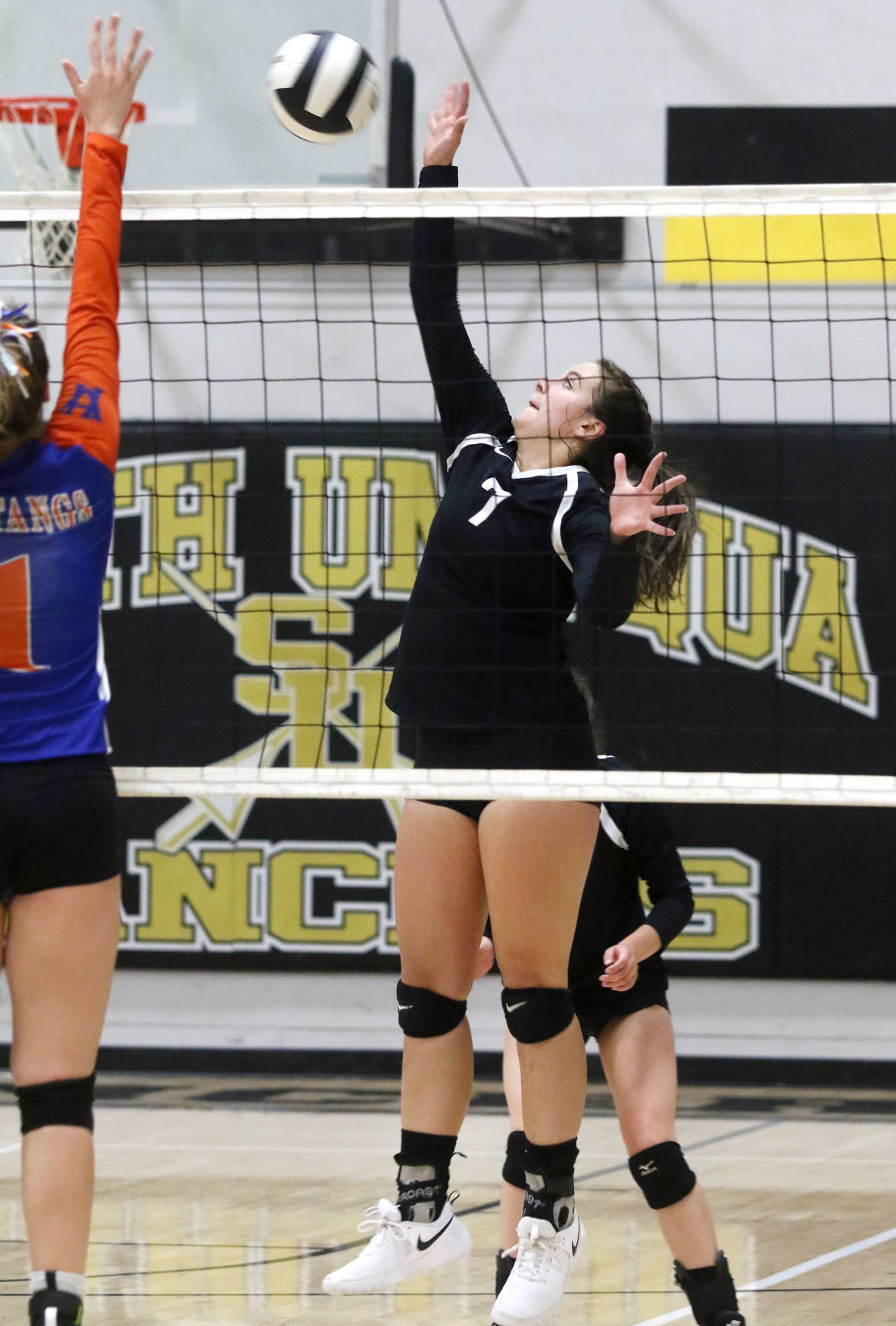 South Umpqua’s Shalyn Gray delivers a kill against Hidden Valley in a nonleague match earlier this season. Gray, a first-team all-state selection last year, is averaging 11.3 kills and 18.5 digs per match this year. 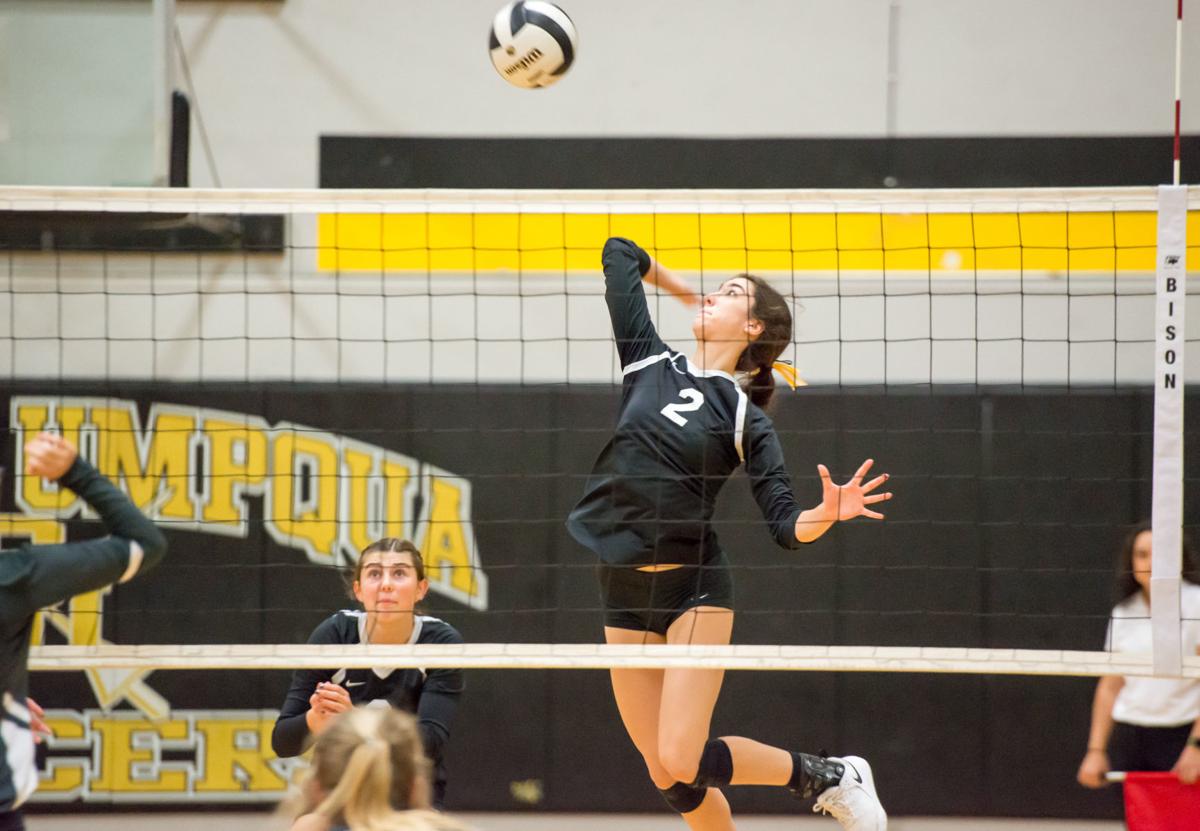 South Umpqua’s Shalyn Gray delivers a kill against Hidden Valley in a nonleague match earlier this season. Gray, a first-team all-state selection last year, is averaging 11.3 kills and 18.5 digs per match this year.

The talented 17-year-old student-athletes, who are in their fourth and final seasons with the Lancers’ program, share a special connection on the court.

“I do sometimes call them our yin and yang because one’s in the front row and one’s in the back row,” said South Umpqua coach Sarah Gray, who’s also Shalyn’s mother. “They really complement each other well. They’re both very strong on defense and offense for us, and having one in the back and front makes us a lot stronger.”

Shalyn Gray and Whitmore helped South Umpqua to its most successful volleyball season in school history in 2018. The Lancers shared the Far West League title with Cascade Christian and went on to take third in the 3A state tournament, finishing 19-5 overall.

They’re the leaders on this year’s S.U. team that’s 8-4 overall and 1-2 in the FWL heading into Tuesday’s match at home against Sutherlin.

“Jenna’s a very good volleyball player. One of the best,” Shalyn Gray said. “I know when the ball’s on the court and back there, she’s going to get it to me so I can get ready to hit. We know what each other are doing.”

“Me and Shay are kind of the more intense ones on the court. When I get a kill, I always look at Shay. I rely on Shay a lot. Oh, she’s great. I think she’s an amazing player.”

“Both of them aren’t super vocal leaders, they lead more by example,” Sarah Gray said. “They’re seasoned athletes, they know what needs to be done as far as hard work and dedication to the team.

“Maybe they could work on being more vocal, but I think they’re doing a great job. They’ve had a wonderful run at South Umpqua.”

Shalyn Gray says playing high school volleyball for her mother has been a rewarding experience.

“Even though she’s my mom, she’s my coach on the court,” Shalyn Gray said. “Our relationship has gotten tighter because we both love the sport of volleyball. Now we share it together. It’s been good ... she knows when to be my coach and when to be my mom.”

Whitmore added, “Sarah’s fun to play for. She’s very intense, like her daughter. She wants to win and prepares us for that.”

The individual numbers this season for Shalyn Gray and Whitmore are comparable.

Shalyn Gray, a three-sport athlete, could be considered one of the best all-around female athletes in South Umpqua history. She was a first-team all-state shortstop for the softball team that advanced to the state semifinals last season and was a second-team all-league selection for the basketball team.

She’s following in her family’s footsteps. Sarah and Danny Gray, Shalyn’s father, were multi-sport athletes for the Lancers. Danny graduated in 1992 and Sarah, who was Sarah Taylor in high school, finished in 1995.

Cody Gray, Shalyn’s older brother, starred for the Lancers in three sports before graduating in 2017.

“I have no regrets,” Shalyn Gray said. “I love all three sports, so it’s always fun doing it. I won’t get tired of a sport because it’s a different season every year. It’s definitely hard because you miss classes a lot, especially in softball. Otherwise, it’s been rewarding in the end.

There aren’t many three-sport athletes left at the high school level in this era of specialization.

“Danny and I have encouraged our kids to play as many sports as they can,” Sarah Gray said. “When one sport ends, we’re really looking forward to the start of the new one. Our kids are interested in that and like to play multiple sports. In the off-season they can pick whatever sport they’d like to play during the summer.”

Sarah Gray concedes her daughter is more athletic than she was.

“I would say we are both hard workers and scrappy players,” Sarah said. “She’s taller than me. She’s very competitive, but I was probably meaner.”

“I just think it’s more faster paced, more of a team sport to me. It’s not as physical, too. There’s a net between me and the other team.”

“Jenna has great volleyball skills and works hard every day to get better,” Sarah Gray said.

When asked about balancing school and sports, Shalyn Gray replied, “It takes a lot of time, I know that. After practice, some days I have three hours of homework — usually that’s on the weekends. I usually don’t have a seventh period and I come home from school and get as much done as I can before practice, and after practice I finish it.”