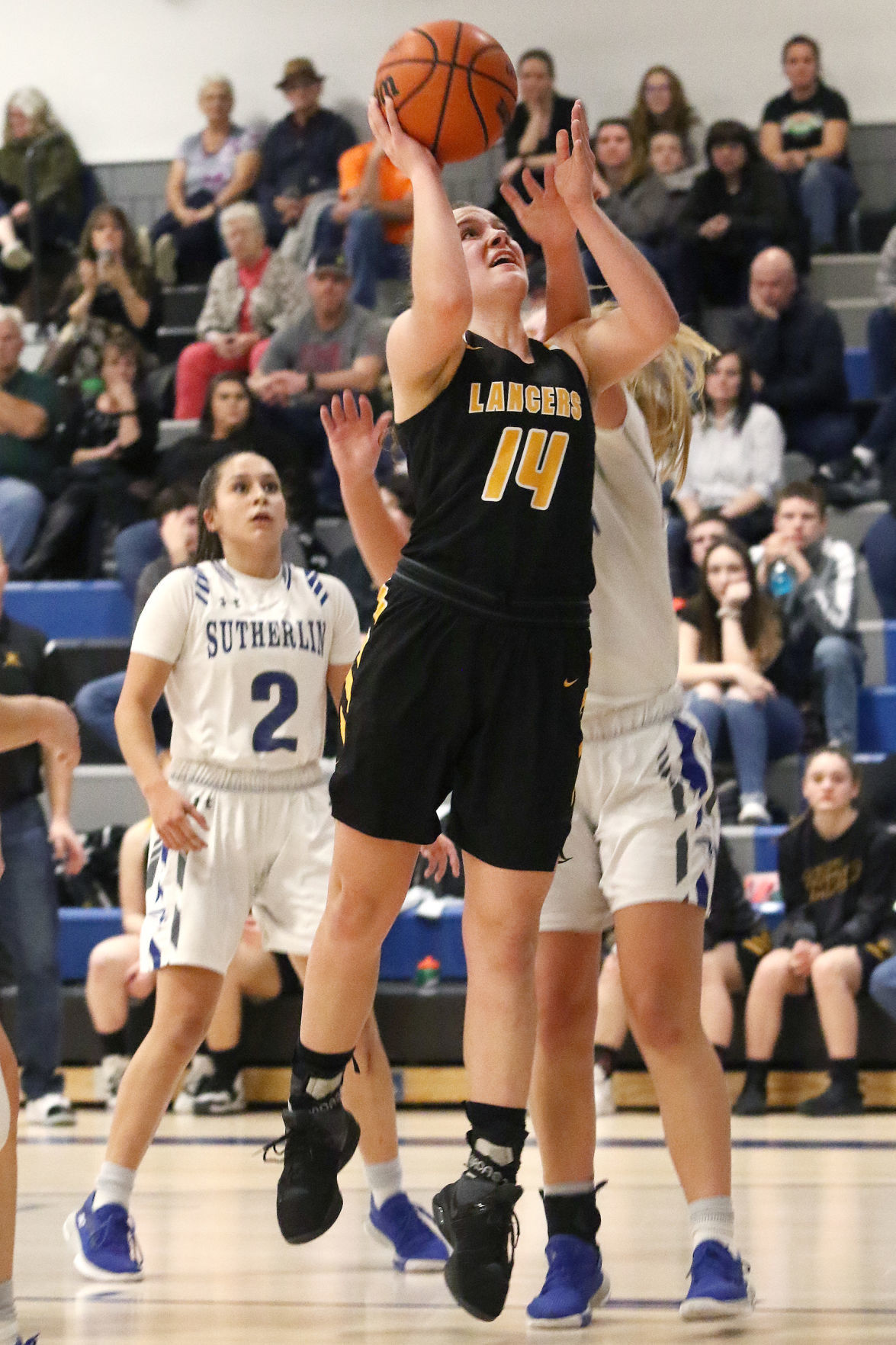 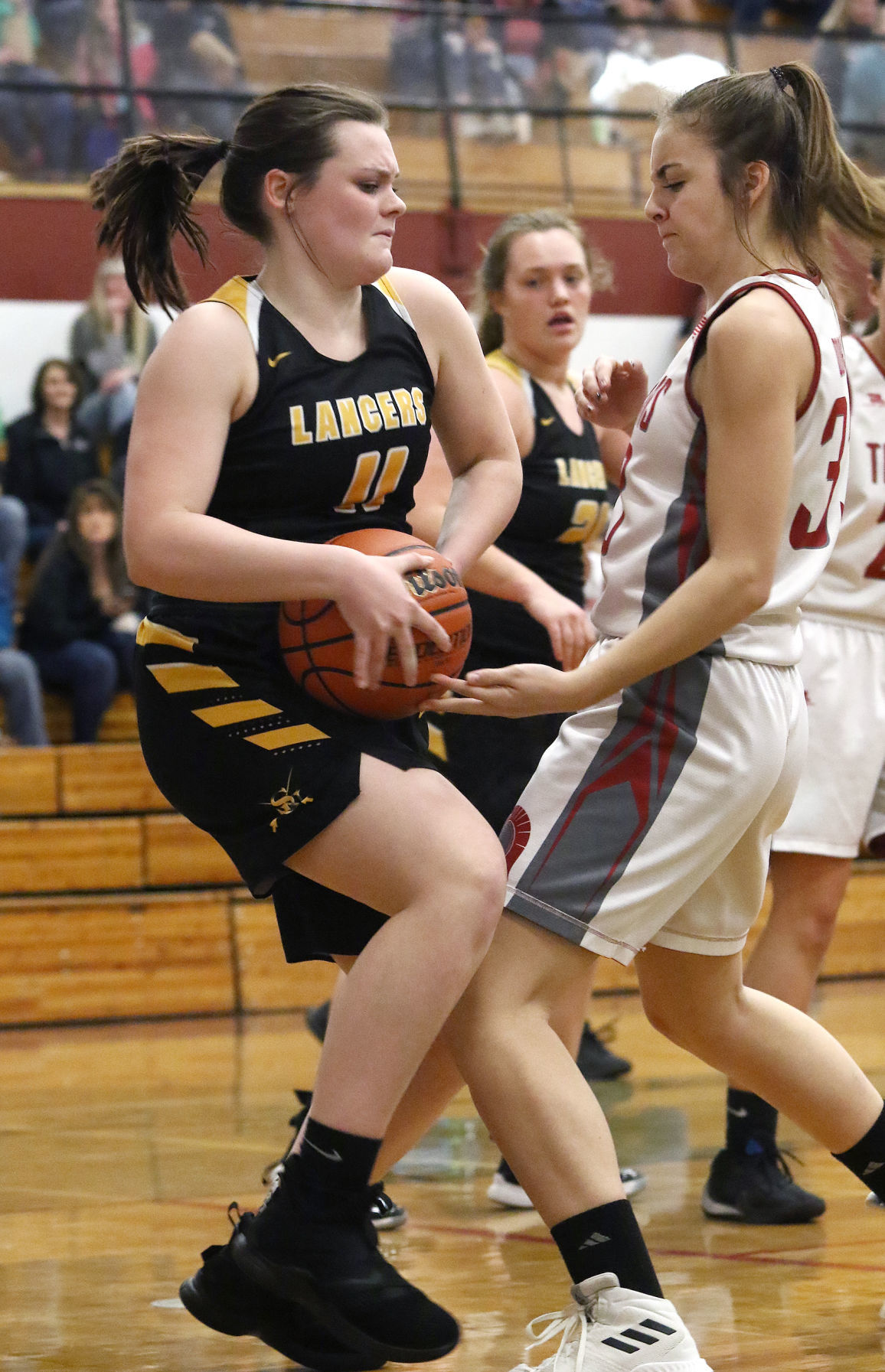 South Umpqua’s Tori Lind (11) wrestles a rebound away from Douglas’ Shalynn Thorp during a Far West League game in Winston during the 2019-20 season. 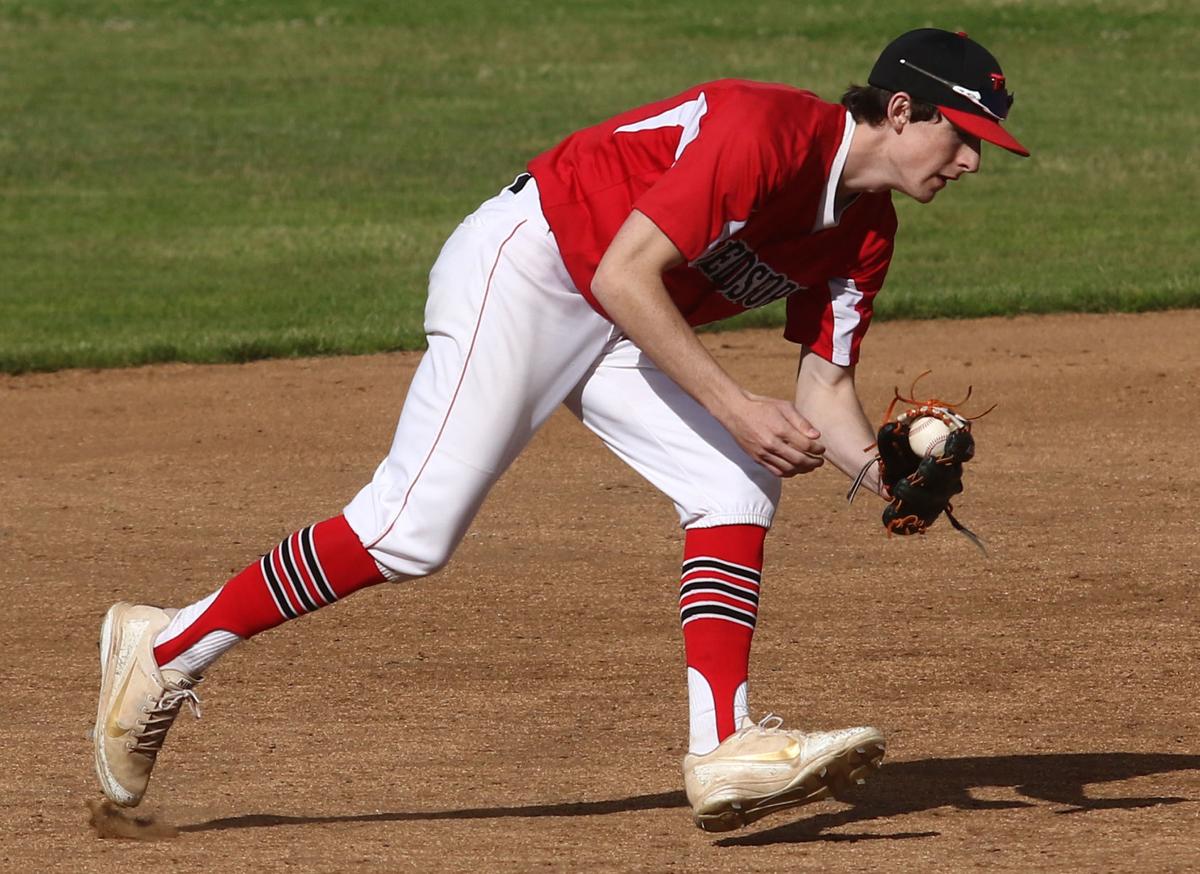 South Umpqua’s Tori Lind (11) wrestles a rebound away from Douglas’ Shalynn Thorp during a Far West League game in Winston during the 2019-20 season.

The South Umpqua High School girls basketball team and Reedsport baseball squad were both recipients of the Les Schwab Tires Team of the Month for April in Oregon.

The Lancers were the winner in Class 3A, while the Brave were honored in 2A.

Selections are based on performance, dedication in the classroom and service to the community. All winners receive a commemorative trophy and get a $100 donation to the program.

The 2019-20 South Umpqua team, guided by Dusty Pires, achieved its first winning season in girls basketball since the 1993-94 campaign, finishing 14-9 overall. The Lancers were 3-7 in Far West League play and didn’t advance to the postseason.

“We were really excited about it,” Dusty Pires said of the award. “It’s a good ending for the girls, especially the seniors. The season didn’t turn out like we wanted it to. It was a disappointment we didn’t get in (the state playoffs), because we felt like we were one of the top 16 teams.

“But to get recognized on and off the field was nice. The commitment the girls put outside of basketball was one of the reasons they received this award. Several of them donate their time to the Red Cross blood drive around school and work with youth programs.”

Gray, who averaged 14 points and 9 rebounds, was selected to the All-FWL first team, made the FWL All-Defensive Team and received honorable mention all-state. Kyla Pires (12 points, 10 rebounds) was a first-team all-league pick and Gibson got honorable mention.

“We had the core group four years and they gave it everything they had to the program,” Dusty Pires said. “The seniors are in the top 10 of their class academically. I couldn’t say enough good things about that group.”

Reedsport baseball was among the spring teams that saw their 2020 season canceled due to the coronavirus. The Brave, coached by Jason Lavigne, were considered one of the contenders for the 2A/1A state championship.

Reedsport had seven seniors on its roster: Ethan Logo, Chris McCloskey, Tyler Thornton, Austin Manicke, Jacob Chaney, Dallas McGill and Javier Analco. They helped the Brave compile a 70-8 record over the past three years, including 38-0 in Special District 5 games.

Reedsport was the state runner-up in 2017, losing 10-9 to Knappa in the final. The Brave were eliminated by eventual state champion Umpqua Valley Christian in the 2019 quarterfinals.

A teacher who nominated the team wrote, “As a group, they are respectful, polite and kind in the classroom and in general. They’re very good students. The team has spent many hours working on community service and fundraising this year.”