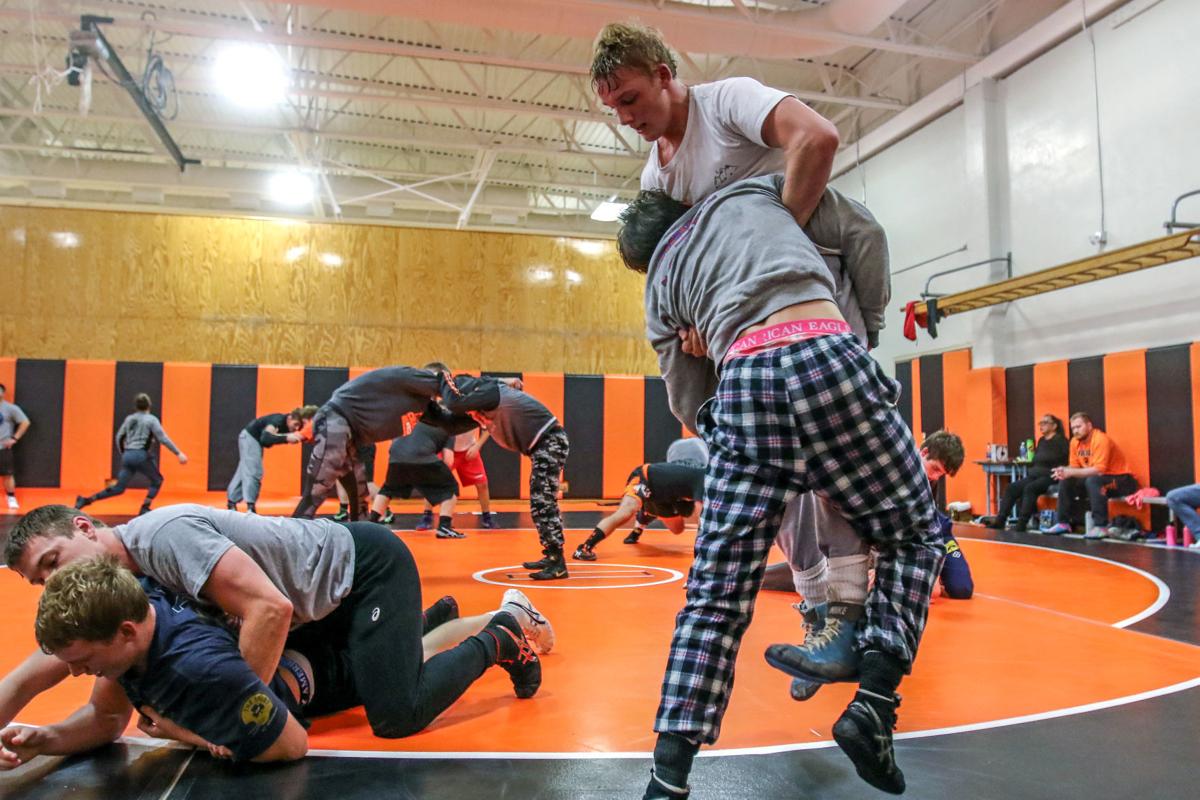 Roseburg High School wrestler Rhett Martin, front, spars with Caleb Jeffers during a recent practice. Martin is one of 16 returning 6A state tournament qualifiers for the Tribe, while Jeffers is one of eight tournament placers returning. 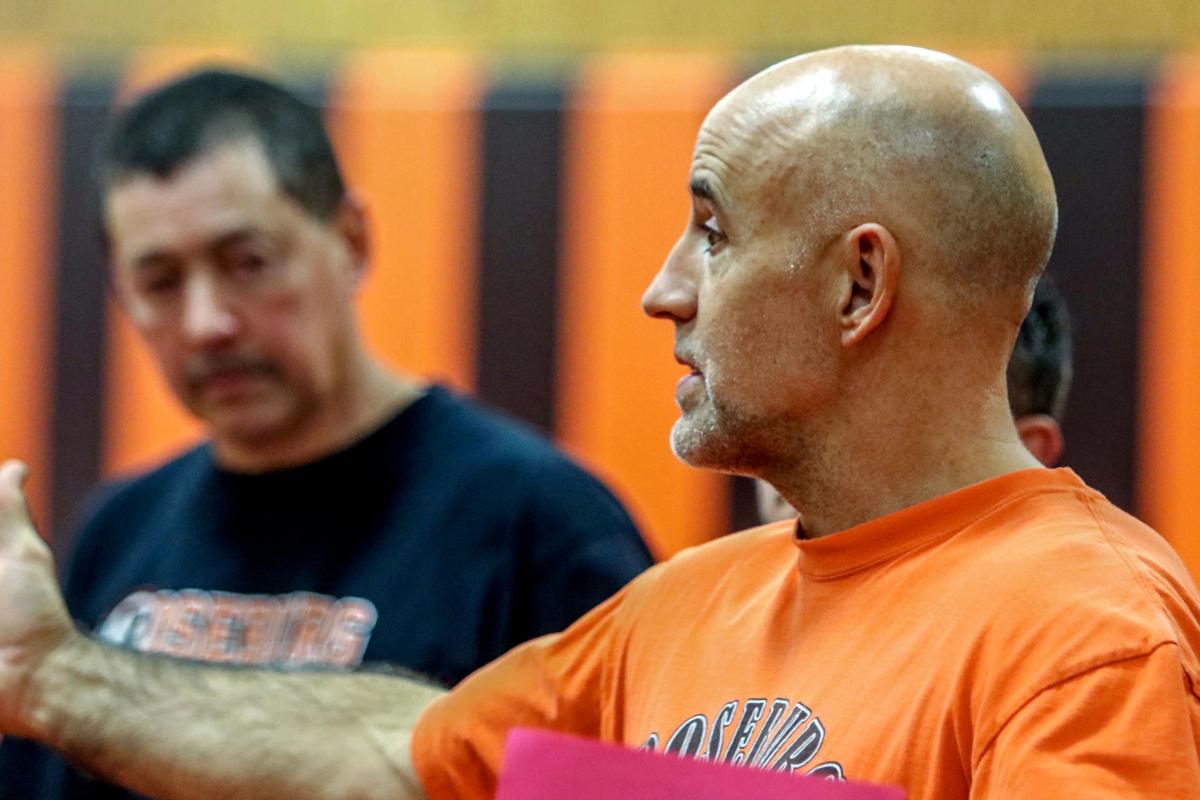 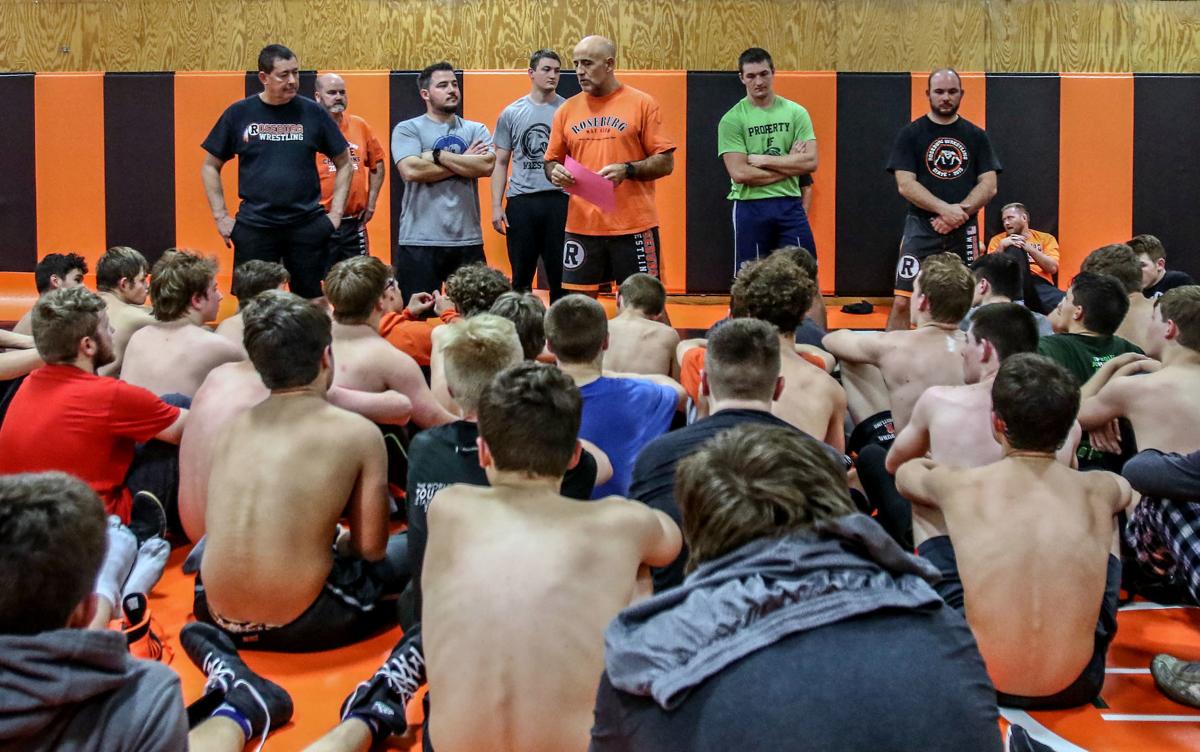 Roseburg High School head wrestling coach Steve Lander, center, speaks to his team near the end of practice Monday. The Indians, coming off their sixth consecutive Class 6A state team championship, are seeking their 13th title overall during the 2019-20 season. 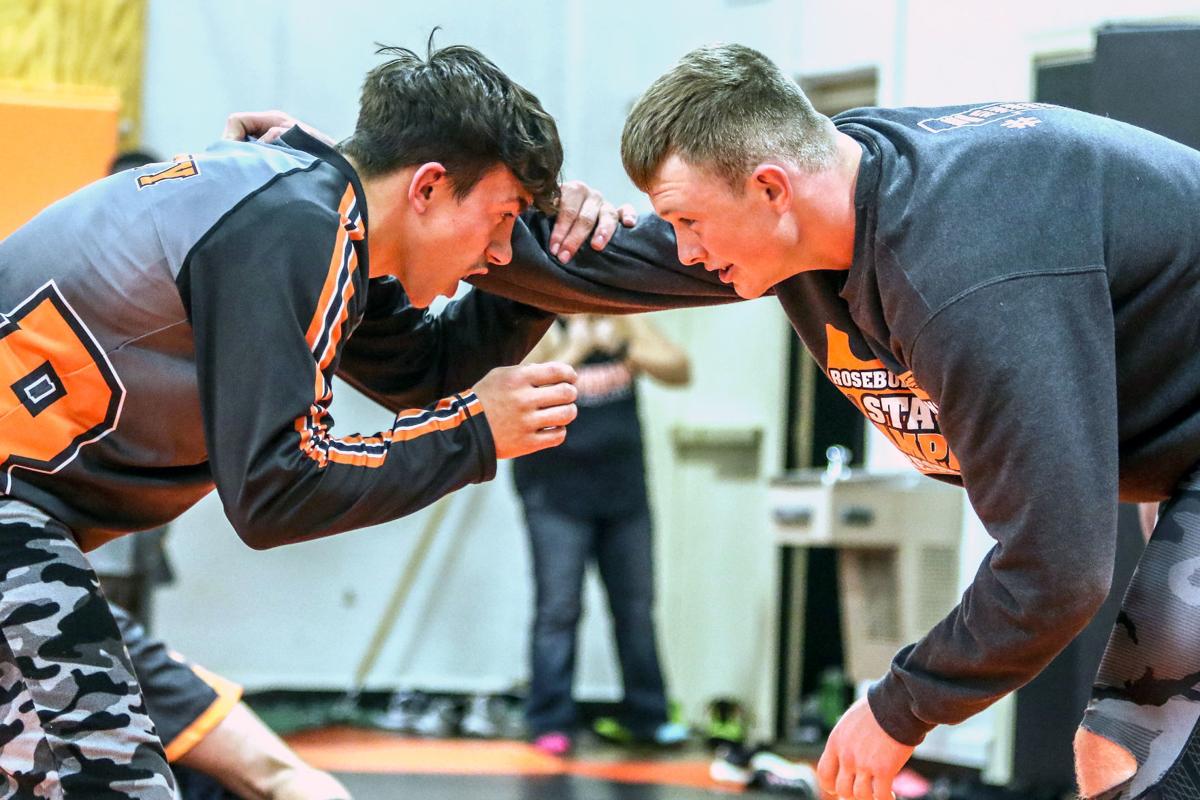 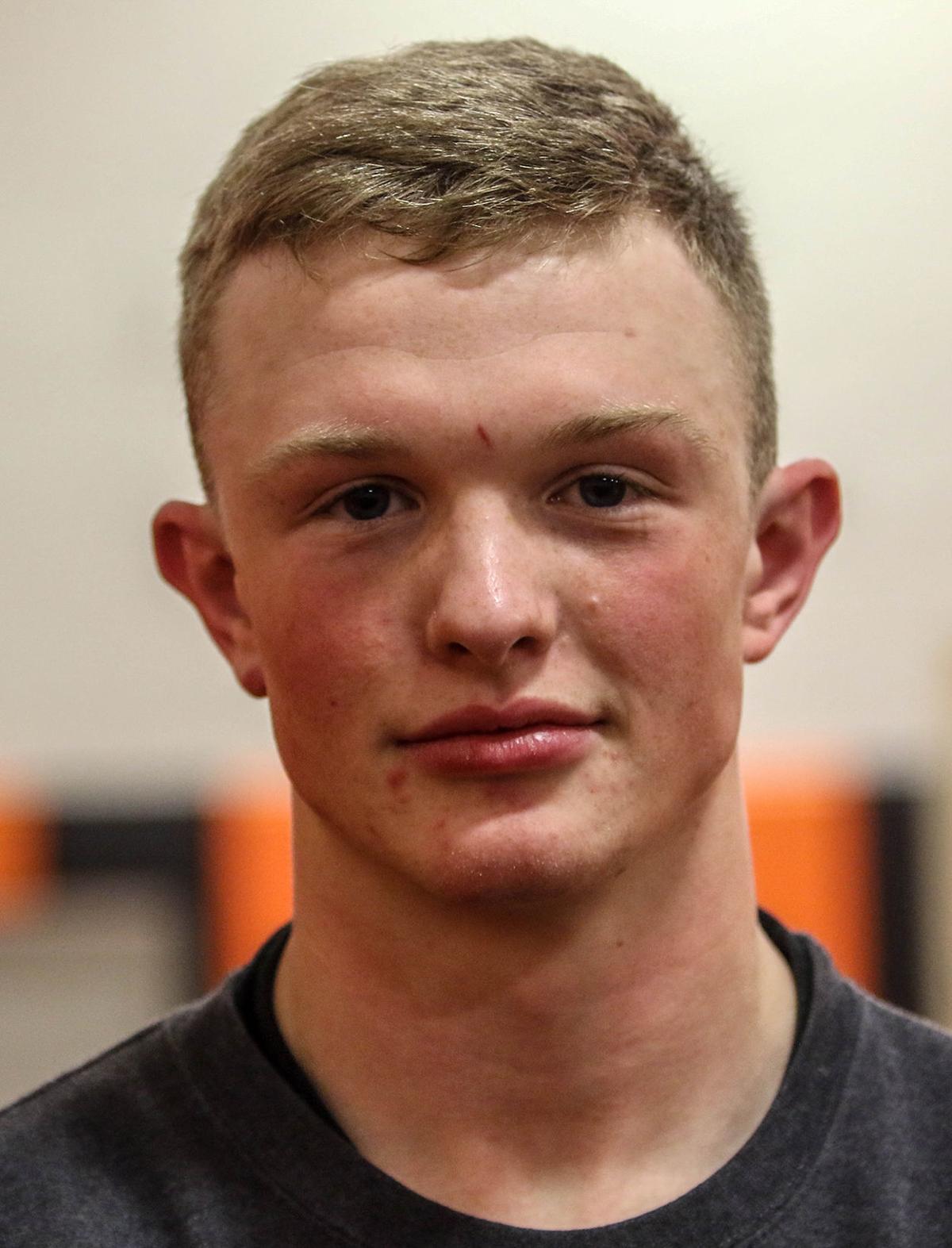 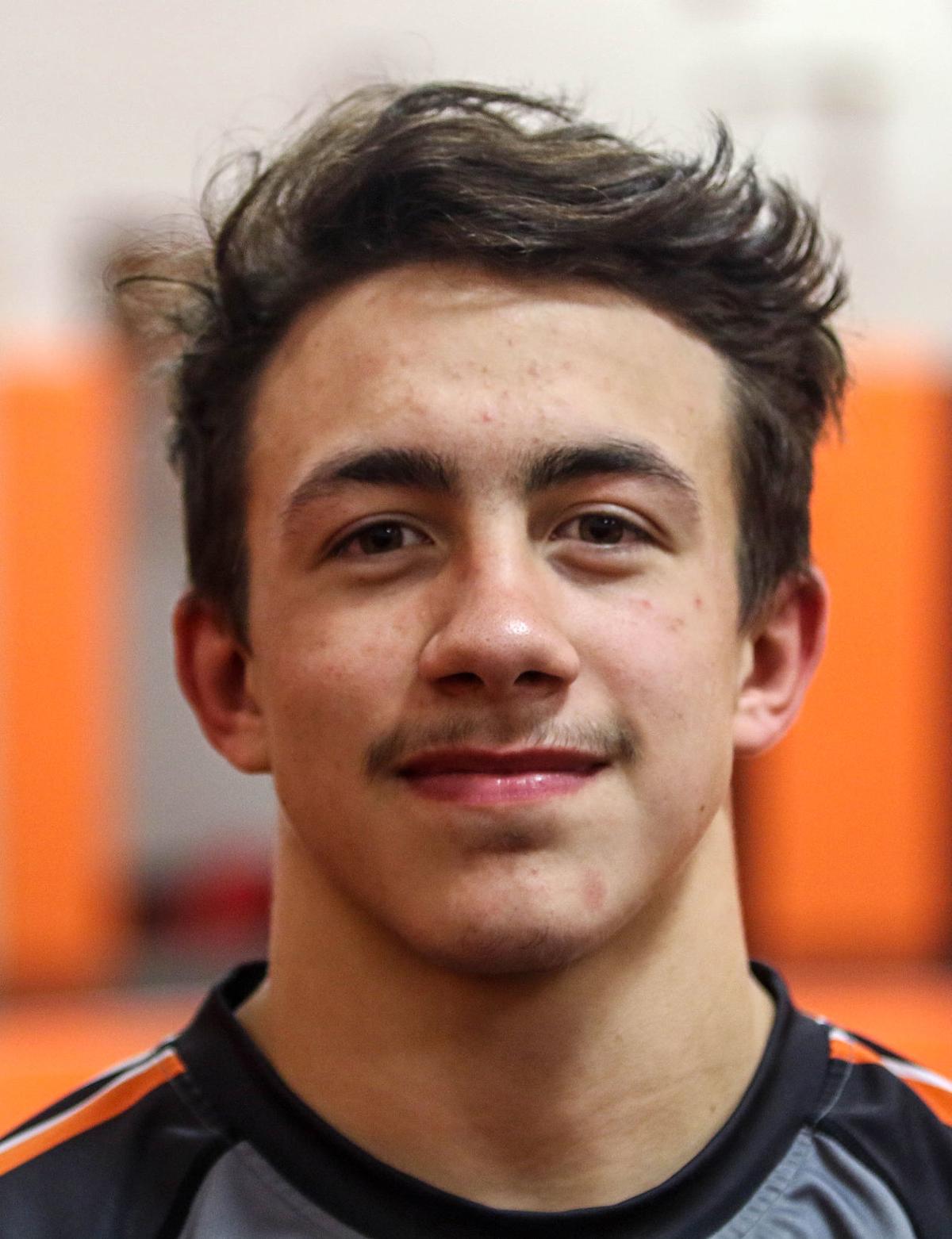 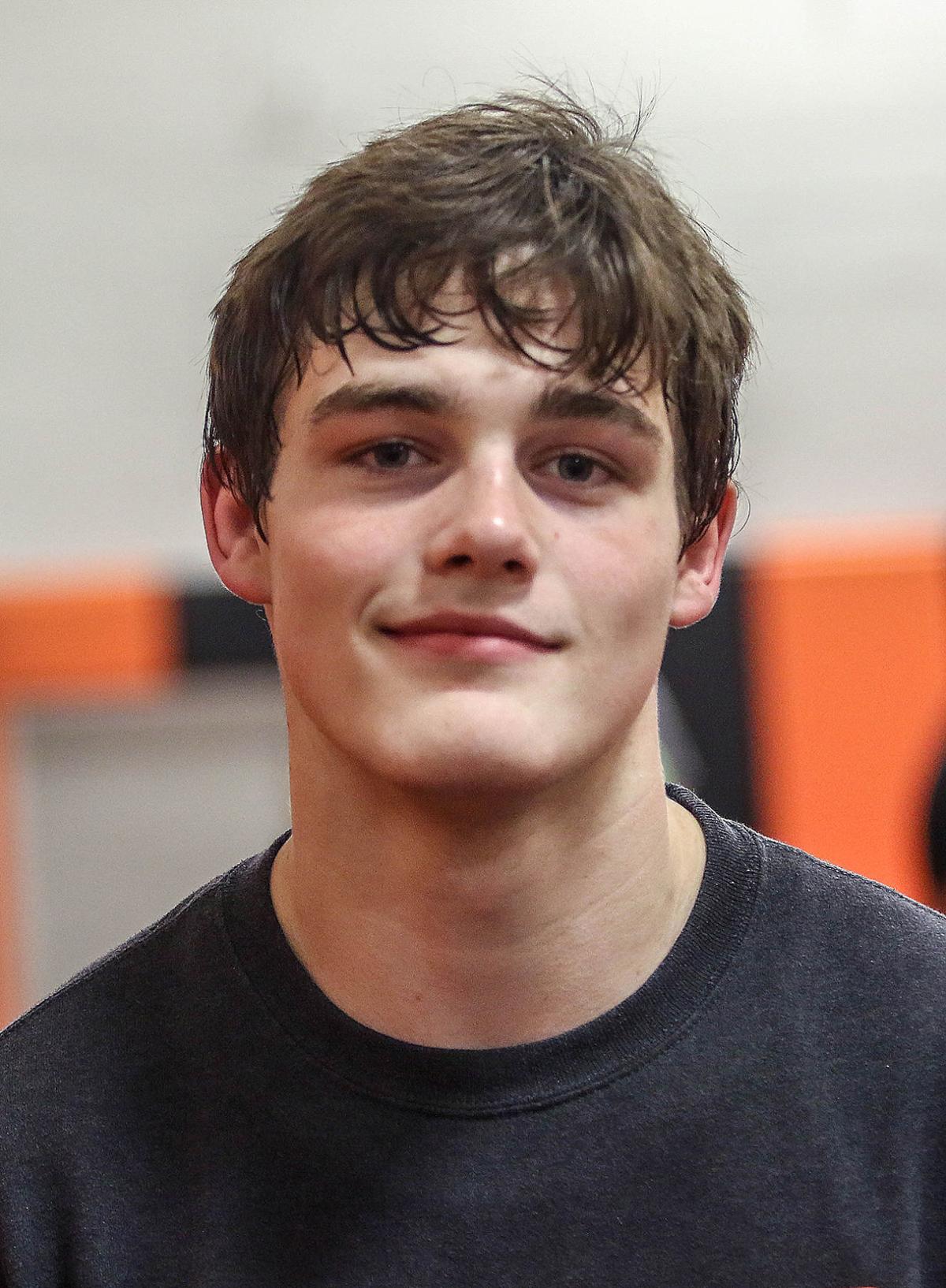 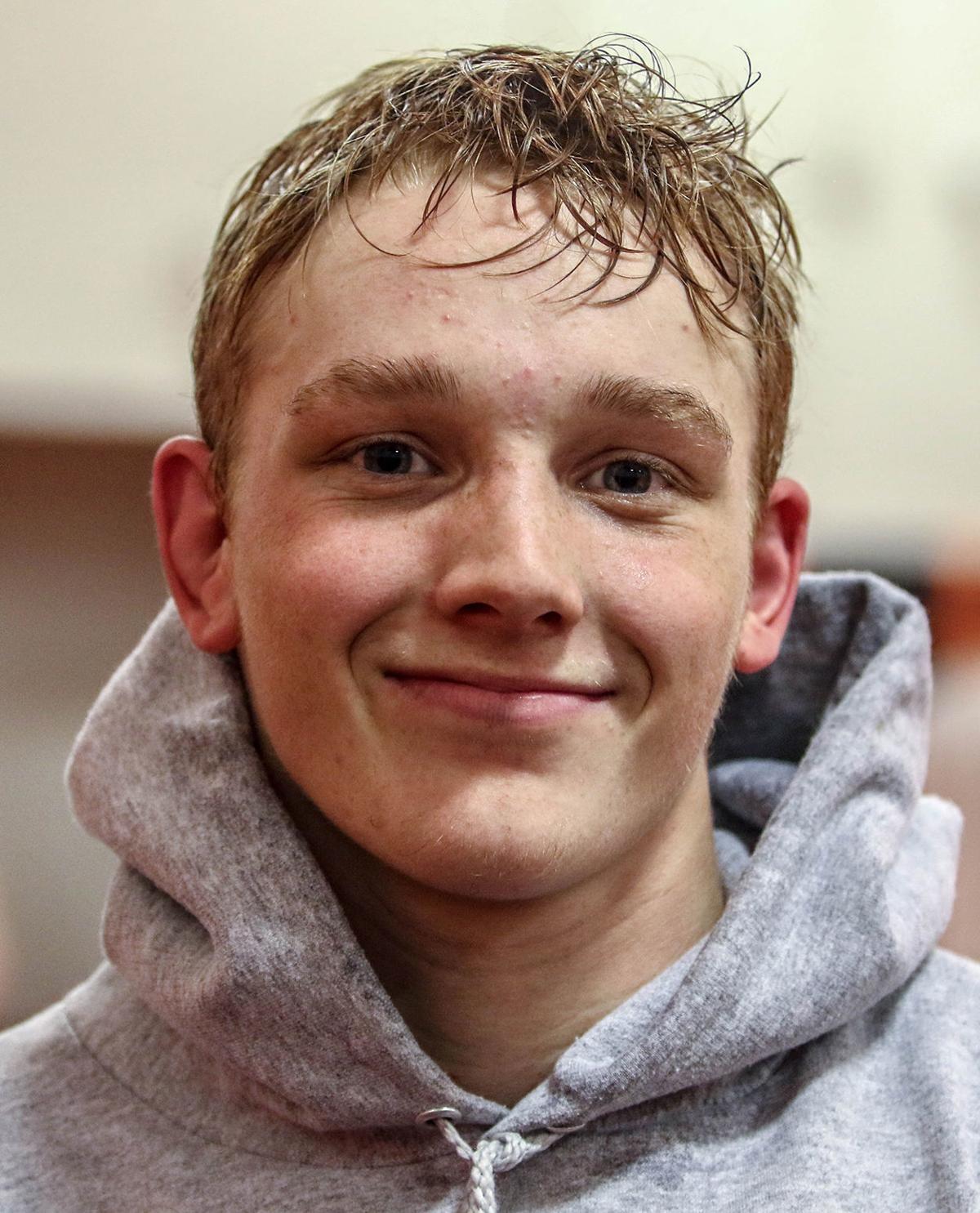 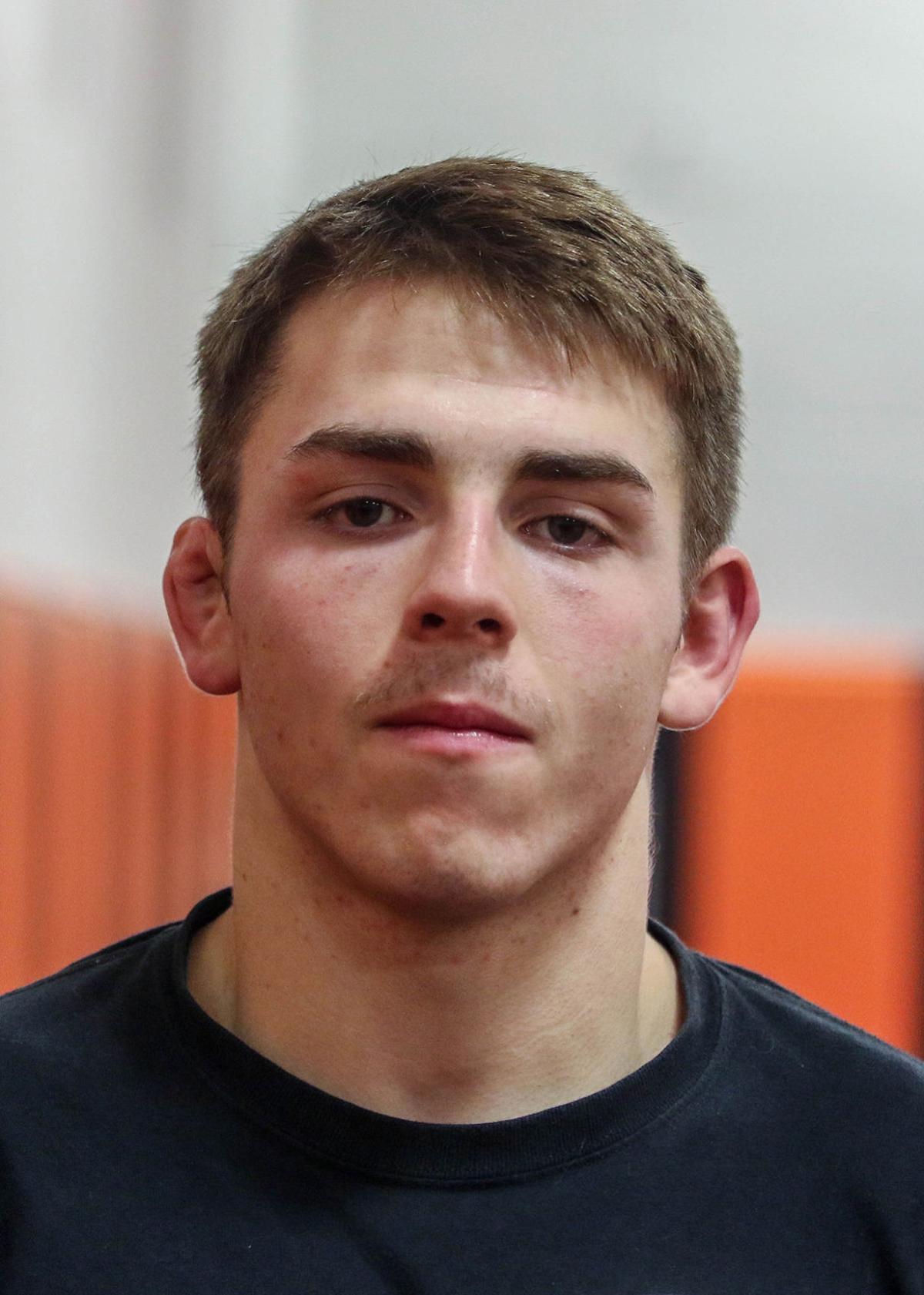 Roseburg High School wrestler Rhett Martin, front, spars with Caleb Jeffers during a recent practice. Martin is one of 16 returning 6A state tournament qualifiers for the Tribe, while Jeffers is one of eight tournament placers returning.

Roseburg High School head wrestling coach Steve Lander, center, speaks to his team near the end of practice Monday. The Indians, coming off their sixth consecutive Class 6A state team championship, are seeking their 13th title overall during the 2019-20 season.

In team wrestling, it can be the difference from just missing the podium to running away with a tournament.

Having a couple of studs can get a team into the trophy mix. Vale claimed fourth in the 1997 Class 3A tournament with only four wrestlers. Of course, two of those were state champions and another placed third.

By contrast, the Roseburg Indians are coming off a 12th team championship (11th under Steve Lander) at the OSAA meet, the first title run in which the Tribe had not one individual champion. It was the depth of 23 qualifiers and a strong run in the consolation rounds that helped Roseburg hang on to a slim lead and edge Newberg, 263-256, for the crown.

The Indians have 16 of those qualifiers back — including seven place-winners — and a practice room of 60-plus as they get ready to go after lucky No. 13.

“One thing I’ve learned with a lot of teaching and coaching is tricks,” said Lander, who’s in his 19th season leading the program. “You have to trick them to want to be here, but I think our tradition and the things we’re accomplishing are inviting, and I think people want to be involved with a winner.”

The Tribe had two wrestlers in last February’s championship round and graduated one in Logan Folsom. Sophomore Nash Singleton, the runner-up at 113 pounds after an overtime loss to Newberg’s Ayden Garver in the final, is one of several Indians returning with an even sharper focus.

Singleton spent the entire summer on the road, wrestling national events in Spokane, Pocatello, Las Vegas and the big one in Fargo, North Dakota, where he took third in a national freestyle championship tournament.

“After losing in the finals, I was trying to make up for everything. I really wanted to be a four-timer (state champion),” said Singleton, who also won three middle school state titles. “I could have been the first seven-timer out of Roseburg. That would have been cool.

“But sometimes even though it seemed like I was working hard enough, sometimes there’s one guy out there who’s working just a tad bit harder, in a little better shape. I just have to work that much harder.”

That focus oozes out of the RHS wrestling room, where one of the deepest rosters the Indians have had expects even bigger and better as they try to win their seventh straight title and their 10th in the past 11 years.

Lander and his 12 assistant coaches won’t allow it.

“We are state champions, and these kids need to understand it’s not just the guys who go to the state meet,” Lander said. “We have literally the same expectations for Nash (Singleton) as we do for the kid in his sixth practice. We’re all doing the same thing in practice, the same warm-ups, the same workouts. Just do your best, or go do something else.”

Diaz was the No. 1 seed in last winter’s state 126 bracket, but ran into eventual state champion Gavin Jolley of Sherwood in the semifinals and suffered a major decision loss.

It left a bitter taste in his mouth.

There is balance throughout the Tribe’s lineup, from three-time state-qualifying senior Cameron Cross (106 pounds in 2019) to senior 220-pounder Hunter Blix, who was one victory shy of reaching the state medal podium.

Bergeron is a three-time state placer, Diaz has hit the podium twice, and Rietmann and Martin are three-time qualifiers.

With the depth of the wrestling room, there are bound to be new faces who jump into the mix as well.

Newberg is expected to pose the biggest challenge to the Indians’ title hopes, returning 13 qualifiers and five placers, including two state champions and two runners-up. Sprague, Mountain View and Sherwood could also be in the mix, but the Indians are hoping a tough slate of tournaments will provide just the right amount of seasoning.

In the preseason coaches’ poll released by the OSAA Wednesday, Newberg got the narrow nod at No. 1, with Roseburg ranked second.

Events like the Reno Tournament of Champions in early December and the Doc Buchanan Invitational in Clovis, California, will pit the Roseburg matmen against some of the best competition west of the Mississippi.

And then there’s the Oregon Wrestling Classic — the unofficial state dual meet championship tournament — where Roseburg will try to wrestle back the title after losing last year’s title to Newberg by just one point.

“The plan is for us to keep making progress and keep getting better,” Lander said. “That’s partly why we have the schedule we have, to create an environment where our guys can be beat and be challenged.

“If we can do that for the next three months, I like our chances.”

With their current 12 team championships, Roseburg has launched itself into lofty territory. Newberg and Class 2A/1A juggernaut Culver also have 12, while Lowell — a small-school powerhouse in the 1970s and ’80s — leads all schools with 14. The Indians’ current run of six consecutive crowns matches Lowell (1983-88) and Culver (which has achieved that feat twice). Nyssa won seven straight 2A/1A titles from 2000-06, while Burns took down 10 Class 3A titles in a row from 2002-11.

The Indians will open the season on Dec. 6 at a five-team event at McNary featuring Cleveland, Dallas and Glencoe. The varsity lineup will be at the Reno TOC on Dec. 13-14, while Roseburg’s “second” unit will spend that same weekend at the Coast Classic at North Bend High School.