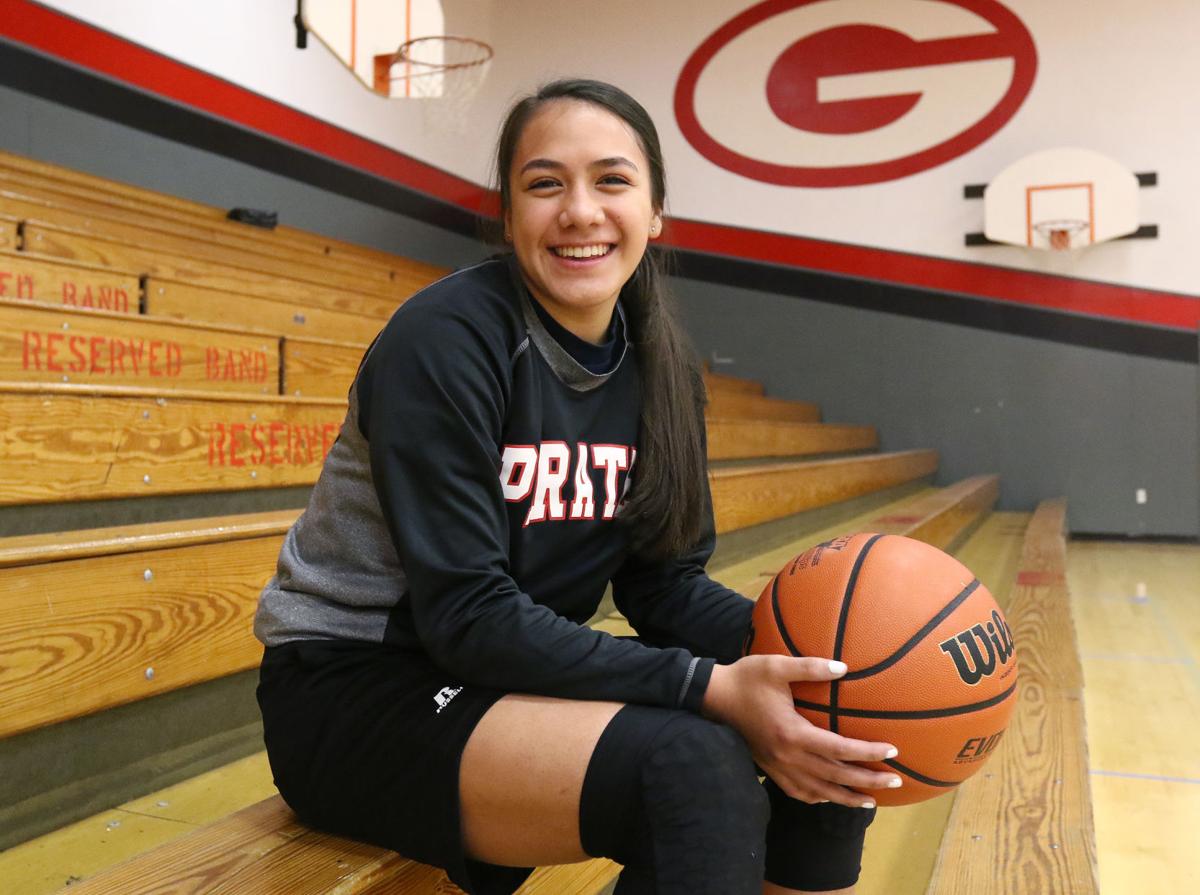 Glendale High School’s Traylyn Arana is developing her basketball skills as a member of the boys team this season. 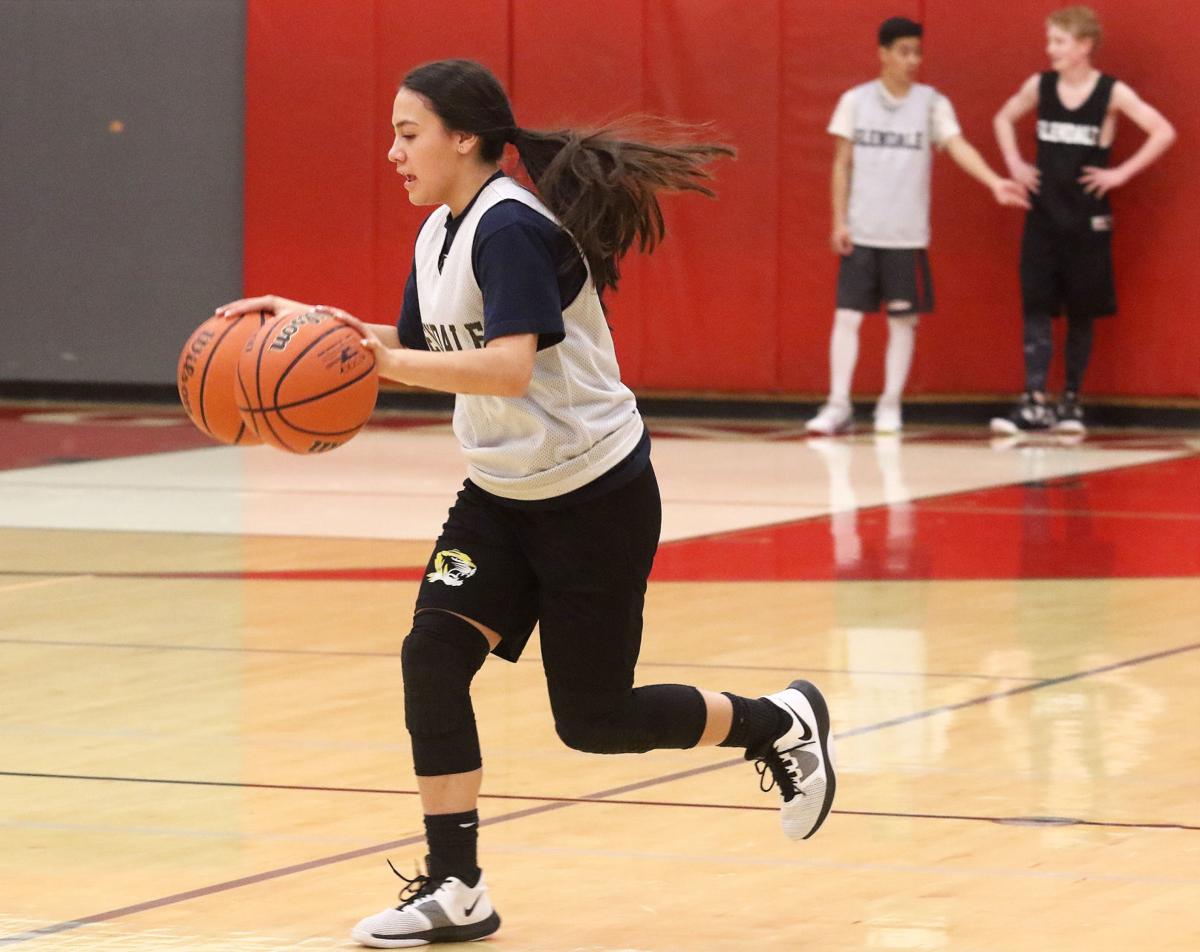 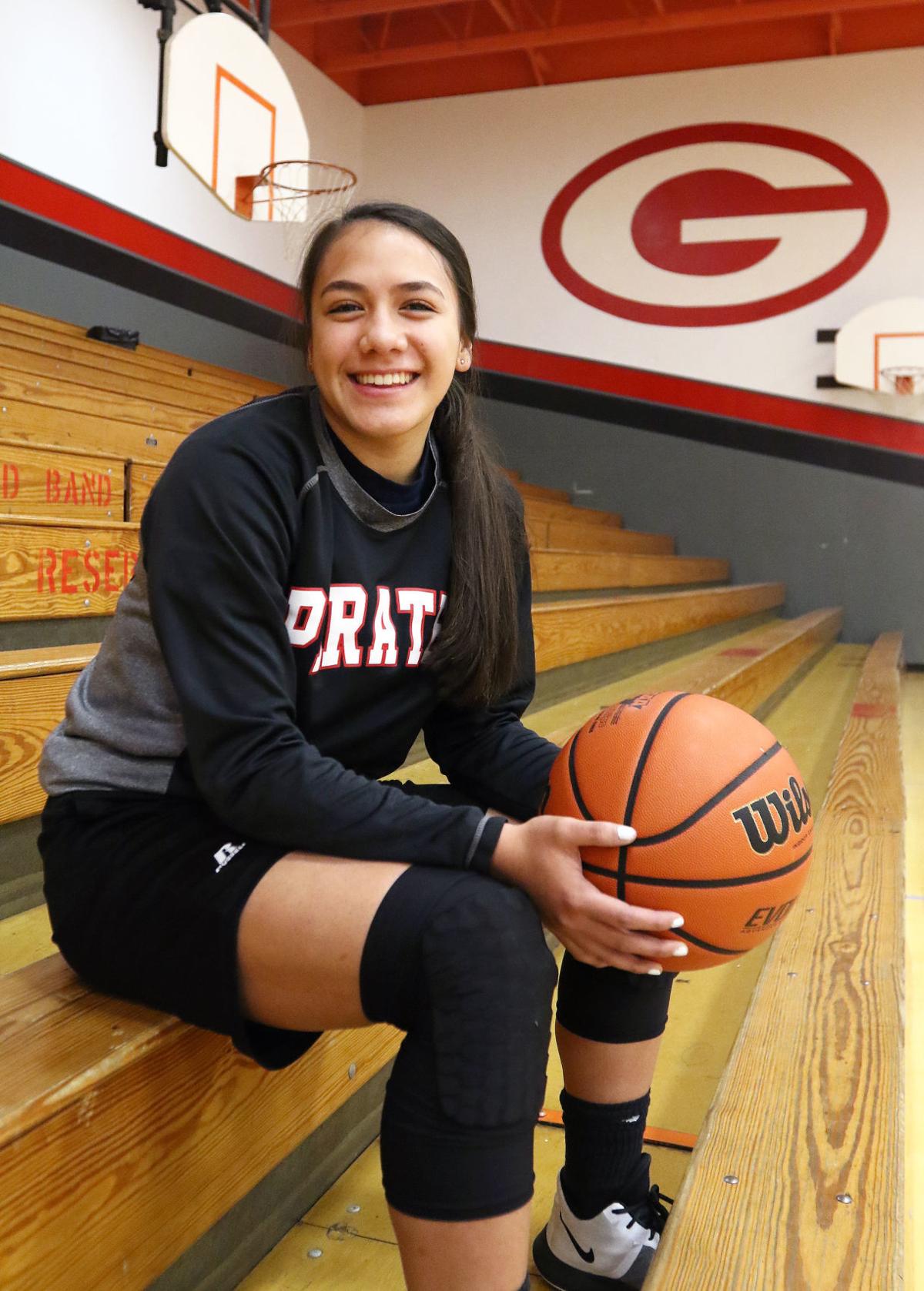 High School’s Traylyn Arana is developing her basketball skills as a member of the boys team this season.

Glendale High School’s Traylyn Arana is developing her basketball skills as a member of the boys team this season.

Traylyn Arana had been going to early season practices with the girls basketball team in November, but when Glendale High administrators made the decision to cancel the season due to a lack of interest Arana kept on practicing. This time she was practicing with the boys.

“At first I was nervous,” Arana said. “But they’re all my best friends. They help me up when I get down. They’re like family. They probably push me harder.”

Arana has been the Pirates’ leading scorer in three different nonleague games. The 5-foot-4 junior also led the team in rebounding against a Marshfield junior varsity team with no players under 5-11.

“I’ve known her for a while,” Glendale senior Dre Hale said. “I’m glad she could get to play.”

Coach Tom Ford didn’t have any hesitations about Arana joining his team, although he did change her into a point guard.

“I’d seen her play. I know how she competed,” Ford said. “This is a rebuilding year for us and I knew she could compete.”

About her new position on the court, Arana said, “It’s exhausting, but I like to be in control of everyone. I’m just more tired.”

She noted the boys’ game is faster, while her opponents and teammates are taller and stronger.

“It’s a new experience to me, but playing with a girl is not so bad,” Glendale senior Trenten Ford said at Friday’s practice.

Glendale sophomore Tanner Ring said, “It’s no different than playing with a guy. She’s definitely good at what she does.”

“If she was playing girls basketball (this year) she’d be one of the better players in the Skyline League, or maybe the best,” coach Ford said. “She does a lot of things real well.”

During her sophomore year, she competed for 4A North Valley High in Merlin, alongside her older sister, Rayana. Traylyn Arana does not have a driver’s license and her sister graduated, so competing for the Knights — or any other girls basketball team in the area — was not an option.

When she transferred from a 1A to a 4A school she didn’t think she’d be selected to the varsity team, but she was. She started for North Valley.

Now, she’s a starter for the Pirates’ boys varsity team.

And she’s not the only one who feels that way. Opposing players, her teammates, her coach and her family have all shared the same sentiment.

“I’ve seen other teams do a double take,” Hale said.

Arana’s father, Raymond, and sister come to every game to cheer her on.

“My dad thinks it’s so cool,” Arana said. “They come to all my games and take video for colleges.”

When coach Ford was asked about Arana’s support system, he laughed and told a story that several years ago her dad cheered so loud that Glendale received a technical foul on the crowd that may have cost them the game.

“He’s been pretty good since then, and despite that one incident he’s been a strong supporter of me,” Tom Ford said.

Traylyn Arana is also a big fan of her new coach, saying, “He’s probably the best coach I’ve ever had. He knows how to coach and he just loves the game of basketball.”

It’s not the first time she’s been part of a male-dominated team either. She played football as an eighth-grader.

Throughout high school, Arana has been a four-sport athlete, competing in volleyball, basketball, softball, and track and field. But basketball is her passion.

“I love basketball,” she said. “I started playing in fifth grade, or maybe fourth. I love it a lot. It’s the only sport I can go far in and I try to get better.”

“This will pay dividends for her,” coach Ford said.

Arana is hopeful that there will be a girls basketball team for her senior year at Glendale.

“We have a lot of eighth-graders playing basketball, so hopefully,” she said.

Tom Ford said he would miss her ballhandling skills on the court next year.

Sports reporter Sanne Godfrey can be reached at 541-957-4203 or via email at sgodfrey@nrtoday.com. Follow her on Twitter

Movie Madness bracket down to its Elite Eight

Lost your marbles? Never fear, these guys are here

Movie Madness bracket down to its Elite Eight