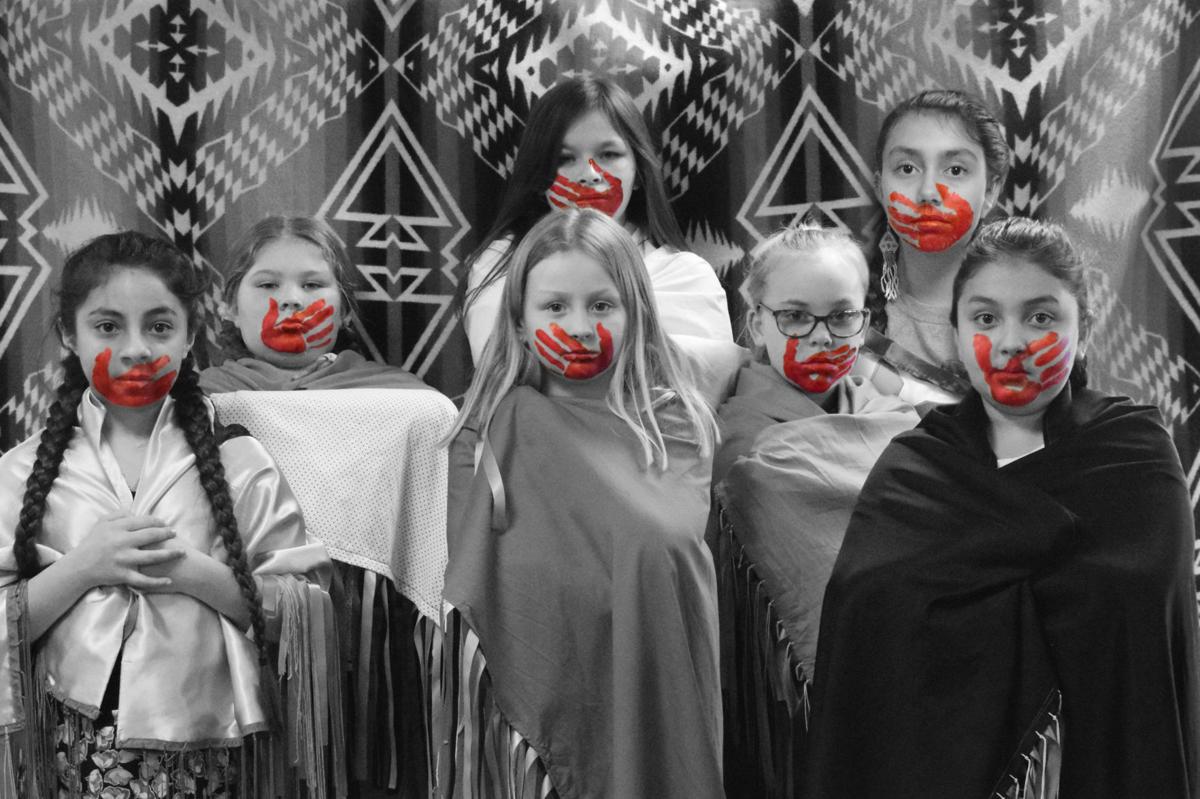 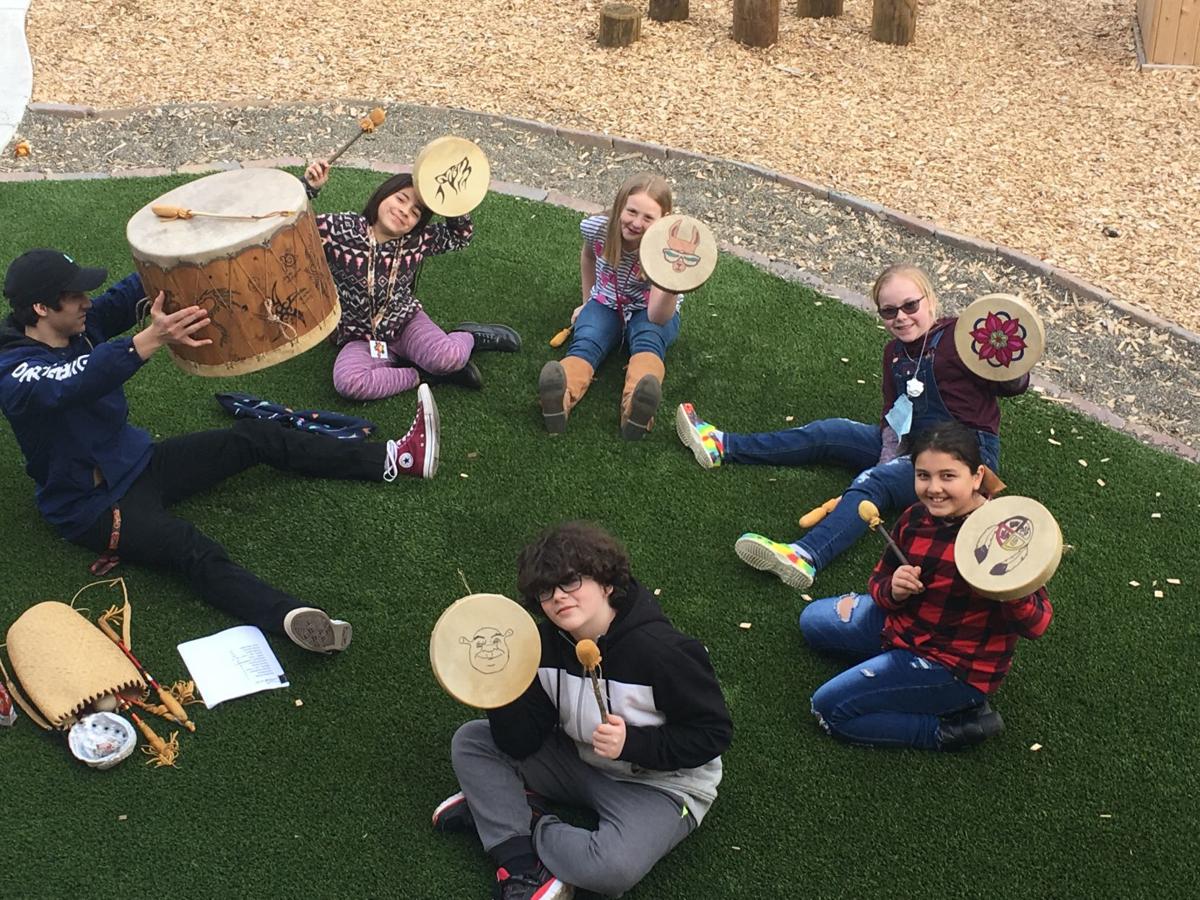 When Expanding Horizons Youth Center Program Manager Amber Lomascola pitched the idea of an art exhibit to the center’s youth in late 2019, she had no idea that a pandemic would interfere with the show.

The closure prompted Gallery Director Sandee McGee to think outside the box. It was decided that a video tour would be the best way to share the exhibit with the public. Between McGee and Darlene Chapman, the Cow Creek Health and Wellness Prevention Specialist, the “Culture is Prevention” exhibit was released via the Umpqua Valley Arts Association Facebook page.

The idea behind “Culture is Prevention” is not only to teach youth about ways to avoid substance abuse, but also a way for them to embrace their culture. Students participating in the exhibit ranged in ages from 9 to 16 years old.

When Lomascola approached the youth with the exhibit idea in December, they held a class to brainstorm ideas for not only art projects, but topics to learn. Each youth agreed to complete one project a month, with a minimum of three projects each. According to Lomascola, most youth worked on more than three projects.

“Each of the topics were student lead. Youth came up with the projects, supplies and ascetics of each exhibit art piece. Staff was present to guide meaningful discussions around traditional use and significance for the piece,” Lomascola said. “As Native students learn to create meaningful Native art, they gain a deeper connection to their culture and hold knowledge that will be passed down to future generations. For the First Nations people, this is prevention.”

Requirements for the pieces were simple. Lomascola wanted the students to use a majority of traditional materials, such as deer and elk leather, rawhide, sinew, shells and wood or bone beads.

“They learned to burn sinew, hand sew leather, sand shells and tie feathers,” Lomascola said. “This was about passing these Native traditions down to our youth to create a connection to their ancestors. When any youth have a strong sense of where they come from and who they are, clinically they trend towards higher self-esteem and lower rates of substance abuse and self-harming behaviors. This is especially true for Native youth.”

The youth participated in weekly prevention topic discussions with Chapman, covering everything from narcotics and alcohol to the sacred use of tobacco. They made medicine wheels to recognize the importance of respecting their bodies, minds, spirits and the environment. They made drums, which they then learned to bless before using.

Two lessons that really resonated with the youth were the moose hide campaign — a movement of indigenous and non-indigenous men and boys who are standing up against violence towards women and children — and the Missing and Murdered Indigenous Women movement.

“Our middle and high school students felt strongly about introducing our younger girls to this topic. Students across the nation have worked to bring awareness to their missing sisters via the red handprint,” Lomascola explained. “A handprint has strong cultural significance to many Tribal Nations. The red symbolizes the loss these Native communities experience as their women and girls go missing or are murdered. As our girls worked on their ribbon skirts and shawls, they felt empowered to take the project a step further.”

That extra step was a photoshoot with youth dressed in their cultural regalia and a red hand print painted on their face. According to the exhibit video, the handprint also encourages the girls to speak out against abuse.

The male youth held their own photoshoot for the moose hide campaign. They also made their own regalia for the photos. In the photos, the boys crossed their arms as a way to show their promise to honor and respect the woman and children in their lives.

“All of the pieces created were put on exhibit in March. Due to the cultural significance of most all the art pieces, there is no end date for completion,” Lomascola said. “The students will continue to add to their ribbon skirts, shawls, yokes (men’s top), breach cloths (men’s bottoms), drums and drum sticks, medicine bags, rawhide rattles and tobacco pouches. As the students wear these items to ceremonies/pow wows they will become personal regalia pieces that will grow and change with the creator.”

When asked what she hoped the youth took from the experience, Lomascola said confidence.

To view the video tour of the “Culture is Prevention” exhibit, visit www.bit.ly/2xRpsTd.