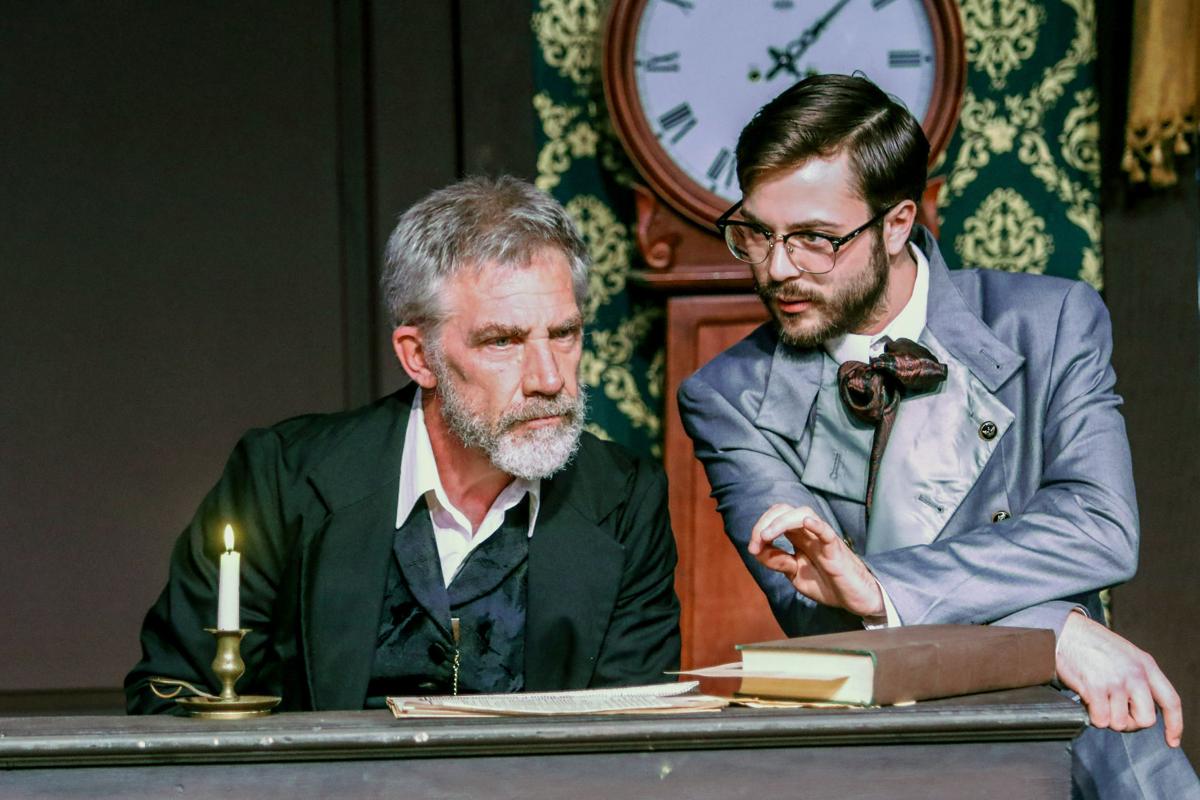 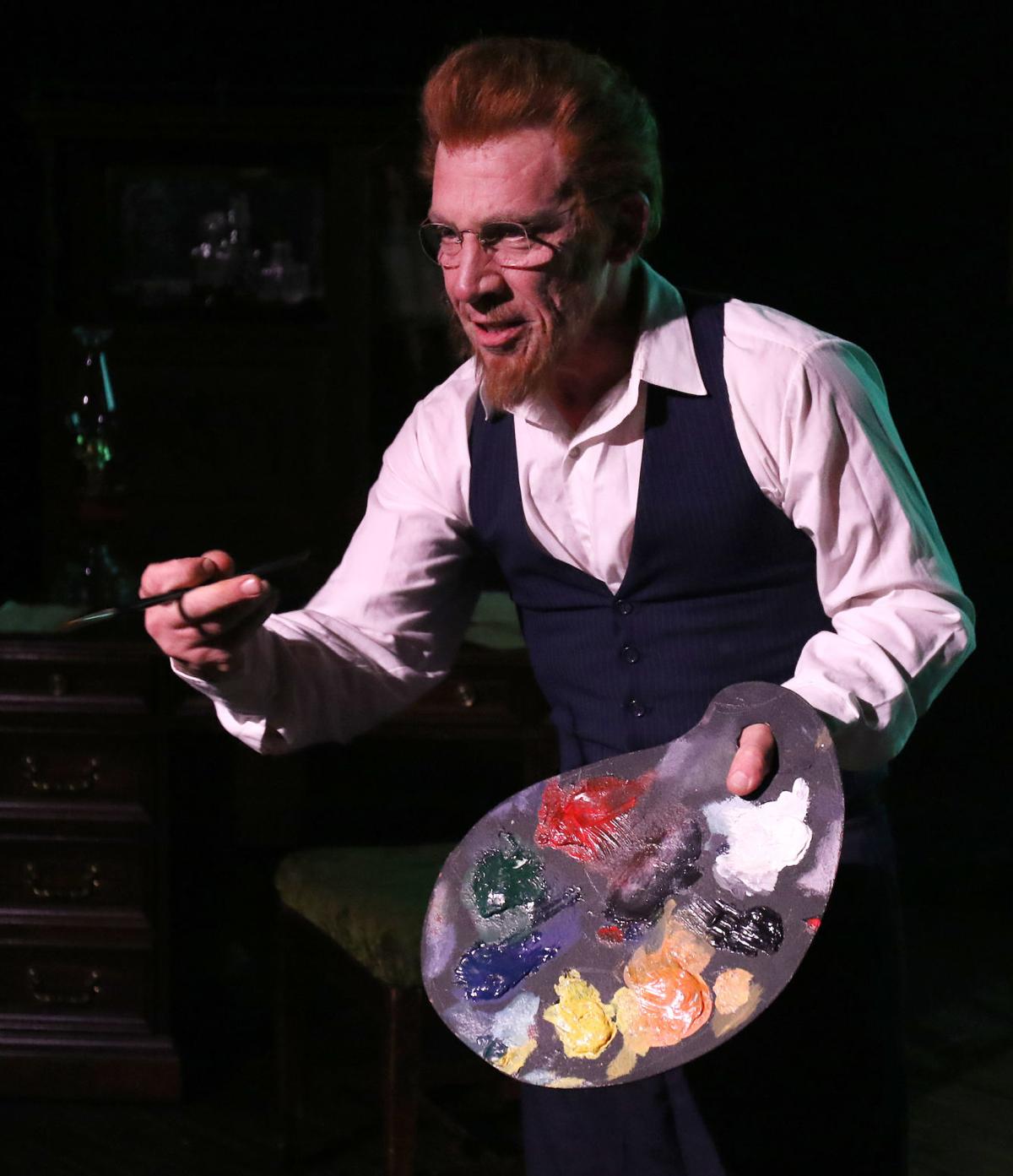 Bob Moreland performs as Vincent van Gogh during a rehearsal for the one-man show, “Vincent” at the Betty Long Unruh Theatre in Roseburg. 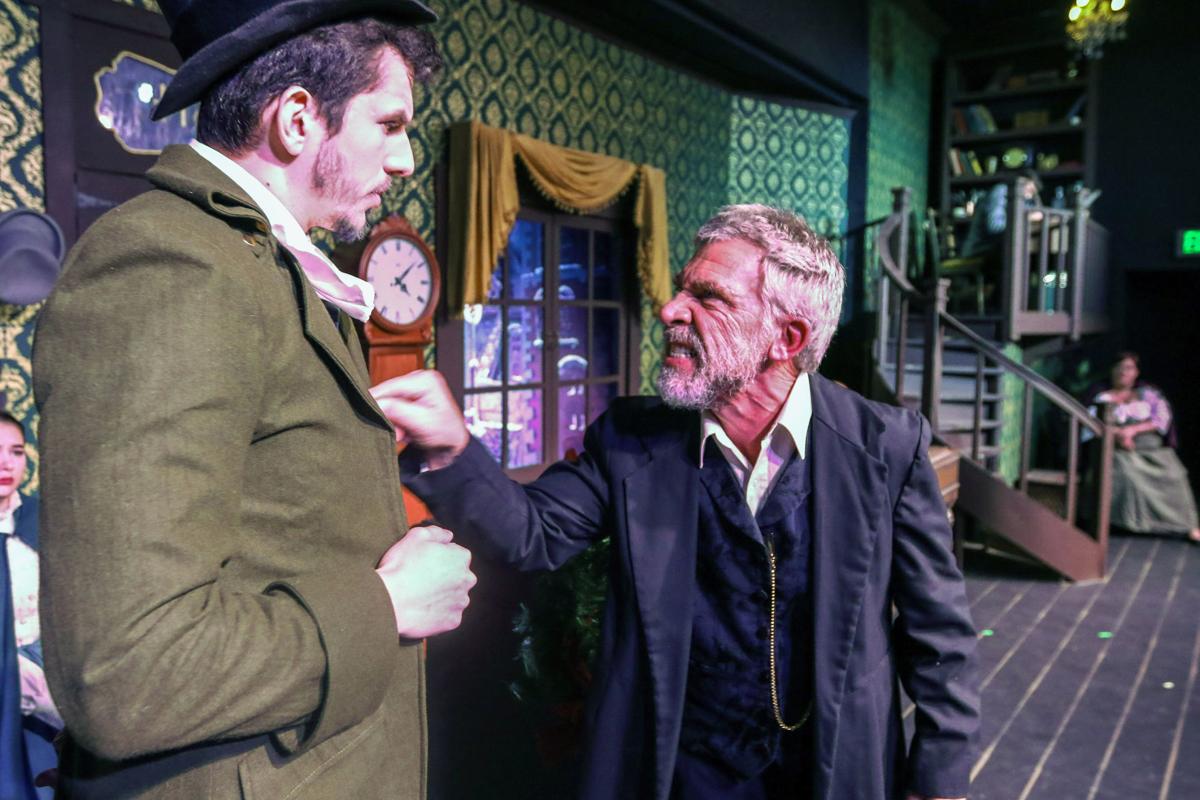 Scrooge’s nephew (Tom Dunbar) is the subject of the wrath of Ebenezer Scrooge (Bob Moreland) during a scene from “Charles Dickens Writes a Christmas Carol.”

Bob Moreland performs as Vincent van Gogh during a rehearsal for the one-man show, “Vincent” at the Betty Long Unruh Theatre in Roseburg.

Scrooge’s nephew (Tom Dunbar) is the subject of the wrath of Ebenezer Scrooge (Bob Moreland) during a scene from “Charles Dickens Writes a Christmas Carol.”

For Bob Moreland, acting is a way to connect with people in an honest way.

“I like things to be honest. I want people to end the night either loving me or hating me. To be laughing or crying,” Moreland said.

Moreland has been performing at Umpqua Actors Community Theater for around 10 years, portraying a wide range of characters, from Vincent Van Gogh to Ebenezer Scrooge. With each role he tackles, Moreland takes a genuine approach, often pouring himself into the story and losing himself along the way.

“Human beings are not perfect. The sad part about cinema today is everything is too perfect,” Moreland said. “I tend to take things a little overboard. Because if I don’t believe it, the audience won’t believe it either.”

Melody Schwegel, executive director at UACT, said Moreland is great to work with because he gives it his all.

“Bob is a pretty special individual, he has such an energy when he gets on stage and he takes so much care with these characters that he’s given. It’s really cool to watch the process unfold when he’s developing these characters,” Schwegel said. “He’s honest, but he’s always giving me 100%, which is kind of what you’re looking for.”

What many might not know is that Moreland is fairly shy. He said he has no trouble getting on stage and performing, but when it comes to one-on-one conversations, he has trouble connecting. Acting is like a release for him and a way for him to connect with people.

Moreland grew up in Seattle and moved to Roseburg 20 years ago to start his own business. Five years later, he began a career as an electrician and started performing at Umpqua Community College and UACT.

Over the years, Moreland said he has been in around 30 productions. He approaches each role by doing lots of research and putting himself in the shoes of the character he is portraying.

Moreland portrayed Vincent Van Gogh and his brother Theo in the one-person-production, “Vincent” in 2017. For this role, Moreland had to portray both characters on stage at the same time.

He said tackling this role was a challenge and overwhelming at times — so much so, that he wouldn’t remember his performance. “There’s nothing there. We did 16 shows and I only remember two of them,” Moreland said. “To this day, I have no idea what happened. It’s the spookiest damn feeling.”

Moreland said he plans to continue performing with Umpqua Community Theater and touch the lives of audiences.

Hannah Kanik was the 2019 Charles Snowden Program for Excellence in Journalism intern at The News-Review.

Graduation rates in Oregon are at all-time high of 80%, Roseburg High School stable at 76.5%
Deputies: Man who gave false name arrested next day on drug, other charges