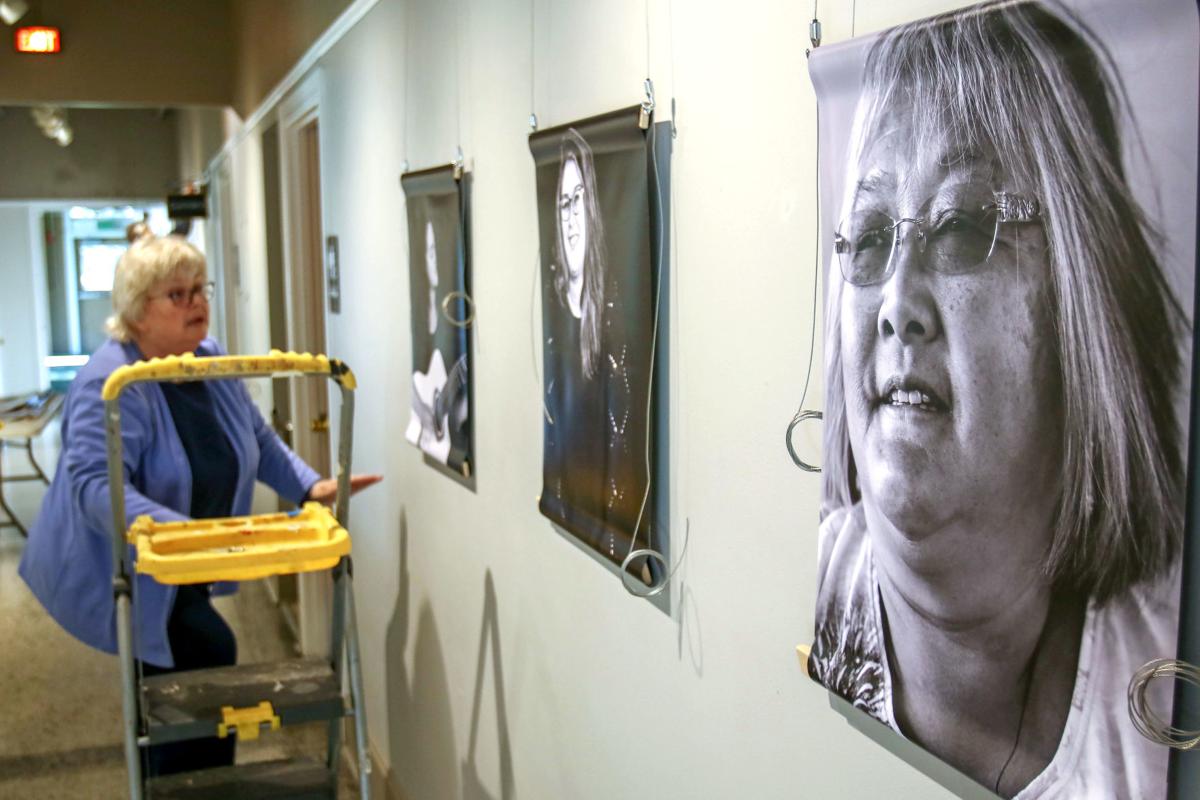 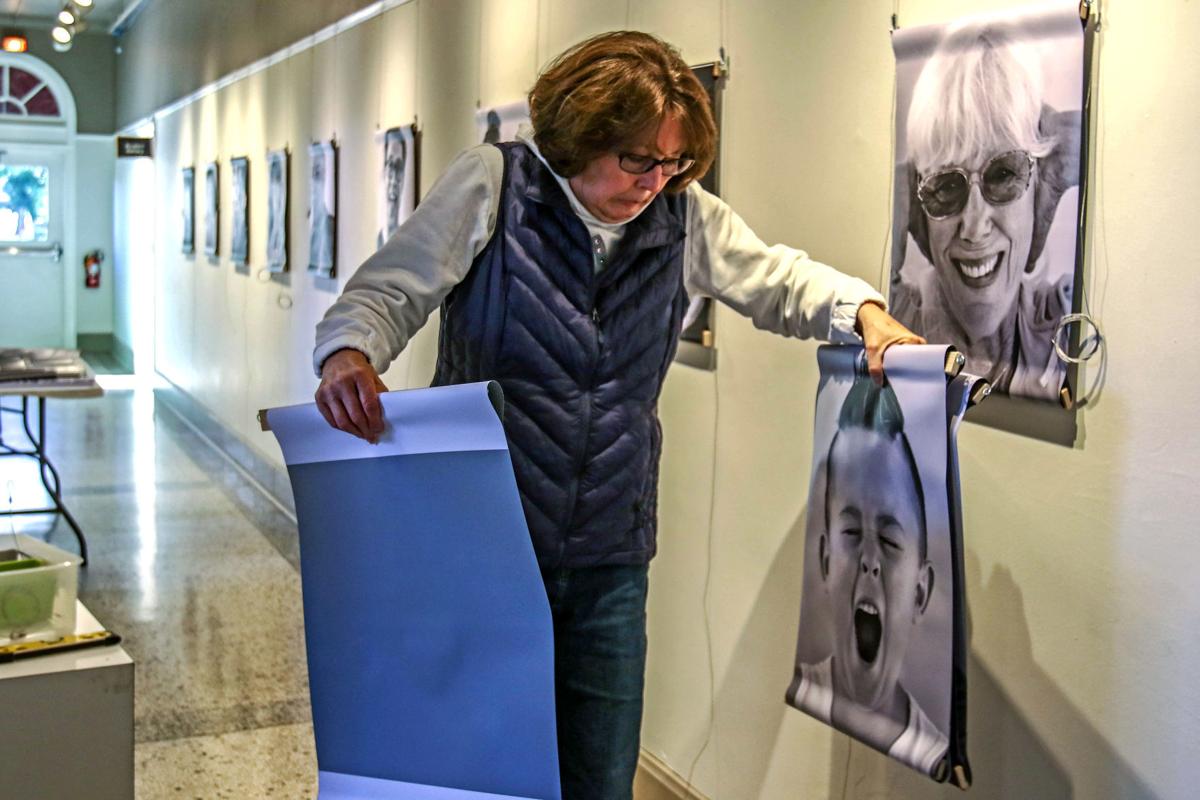 Gena Tharp moves photos to their location Wednesday in advance of a Faces of The Umpqua Valley Project photography exhibit set to open Friday at the Umpqua Valley Arts Association. 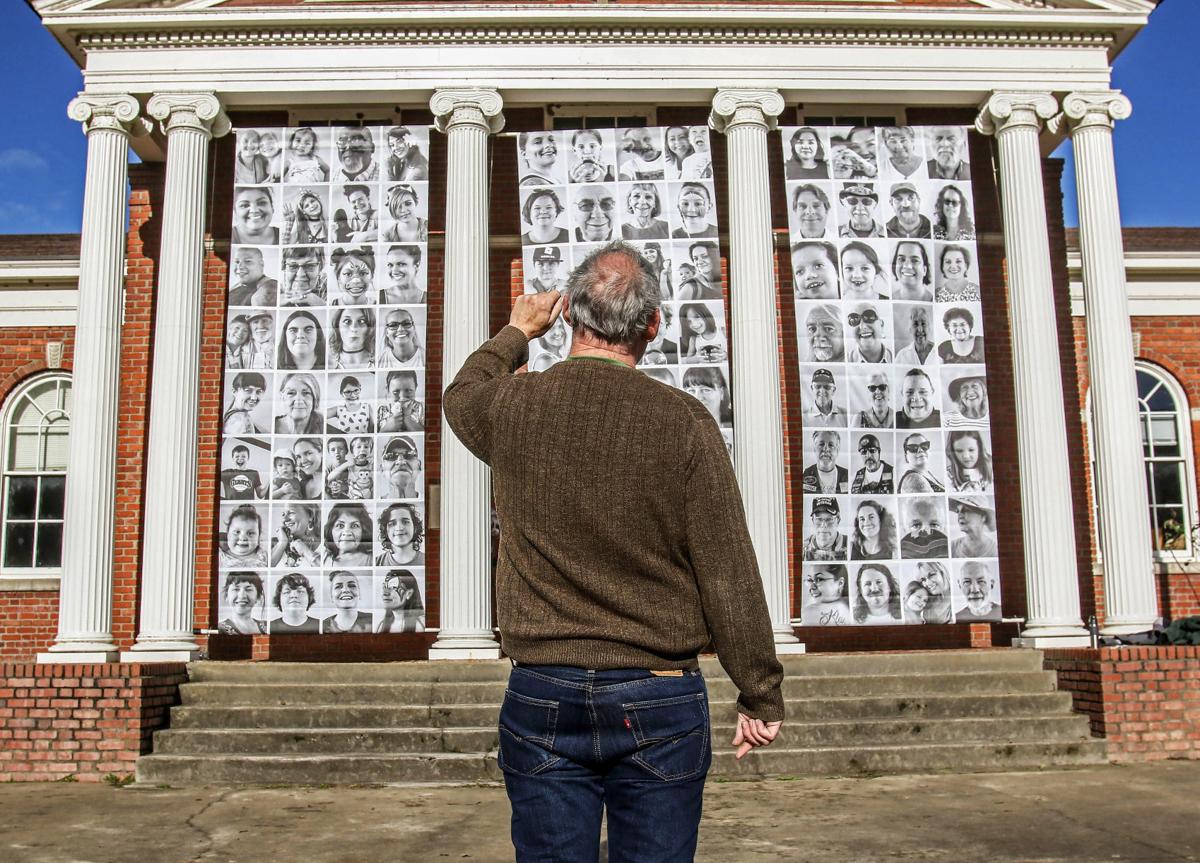 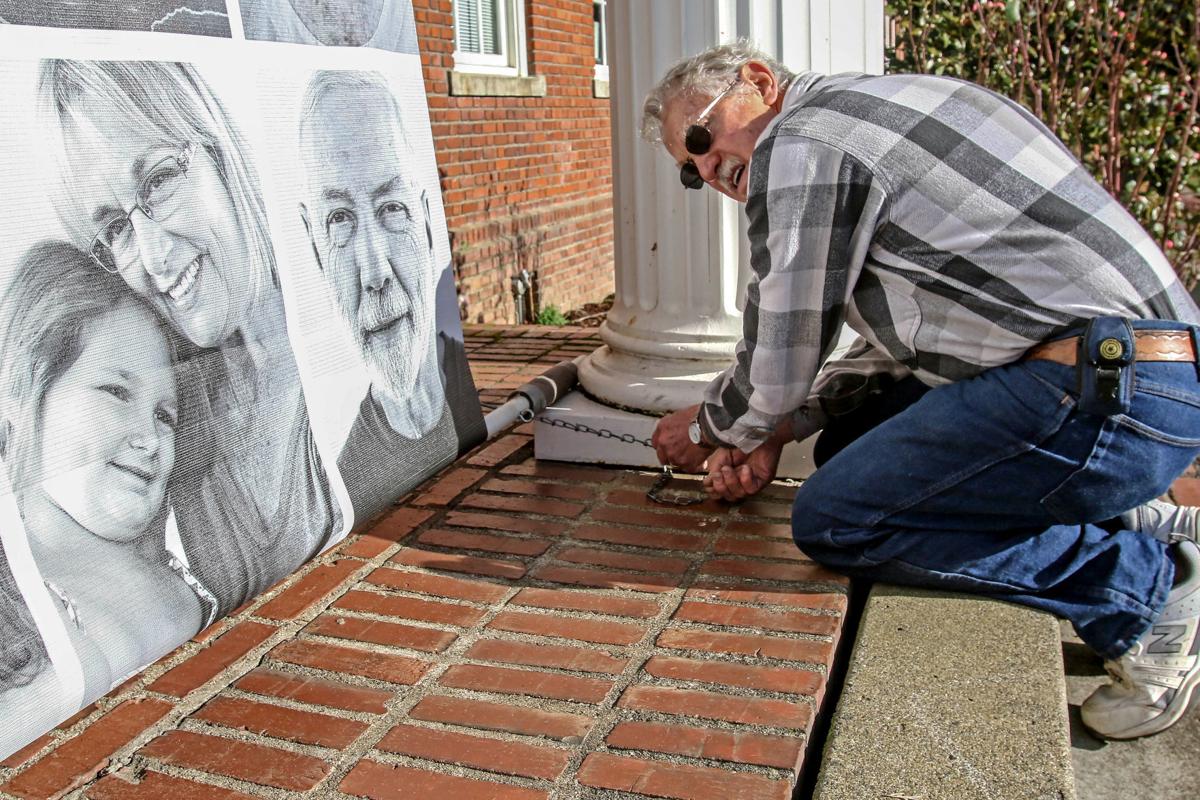 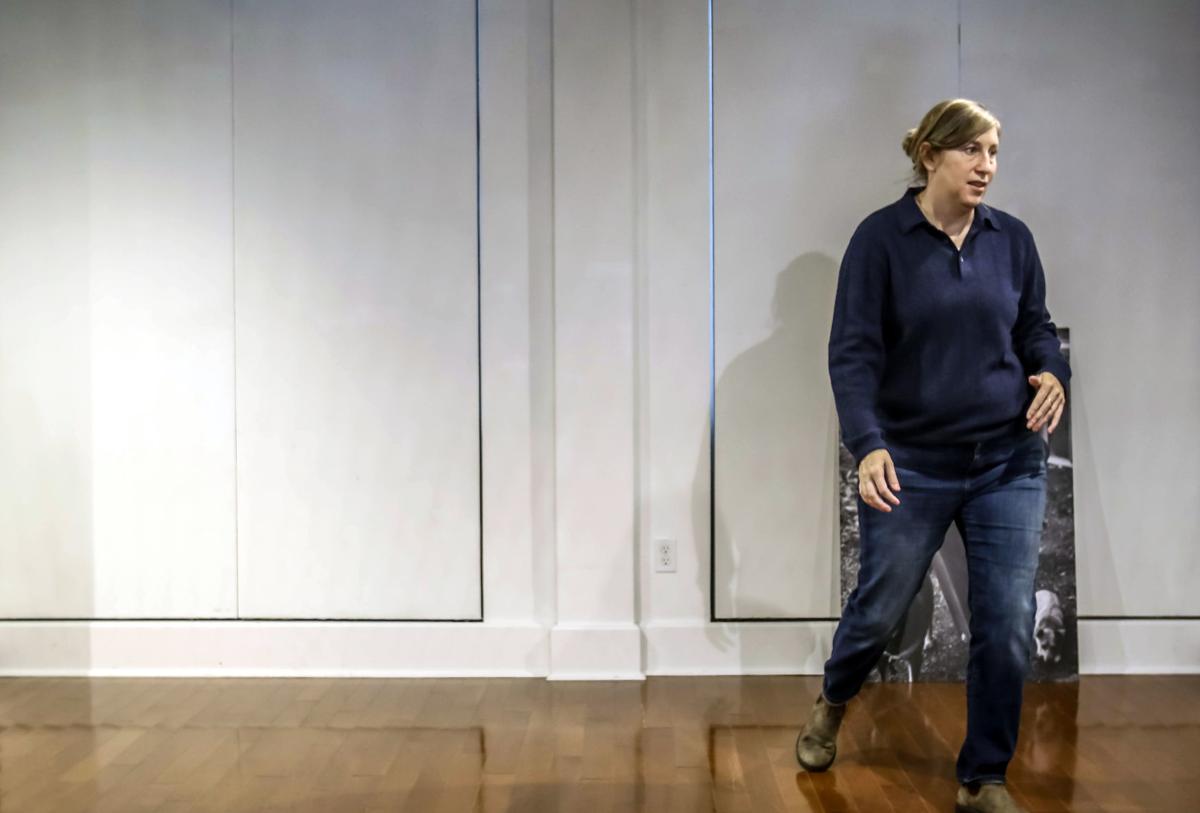 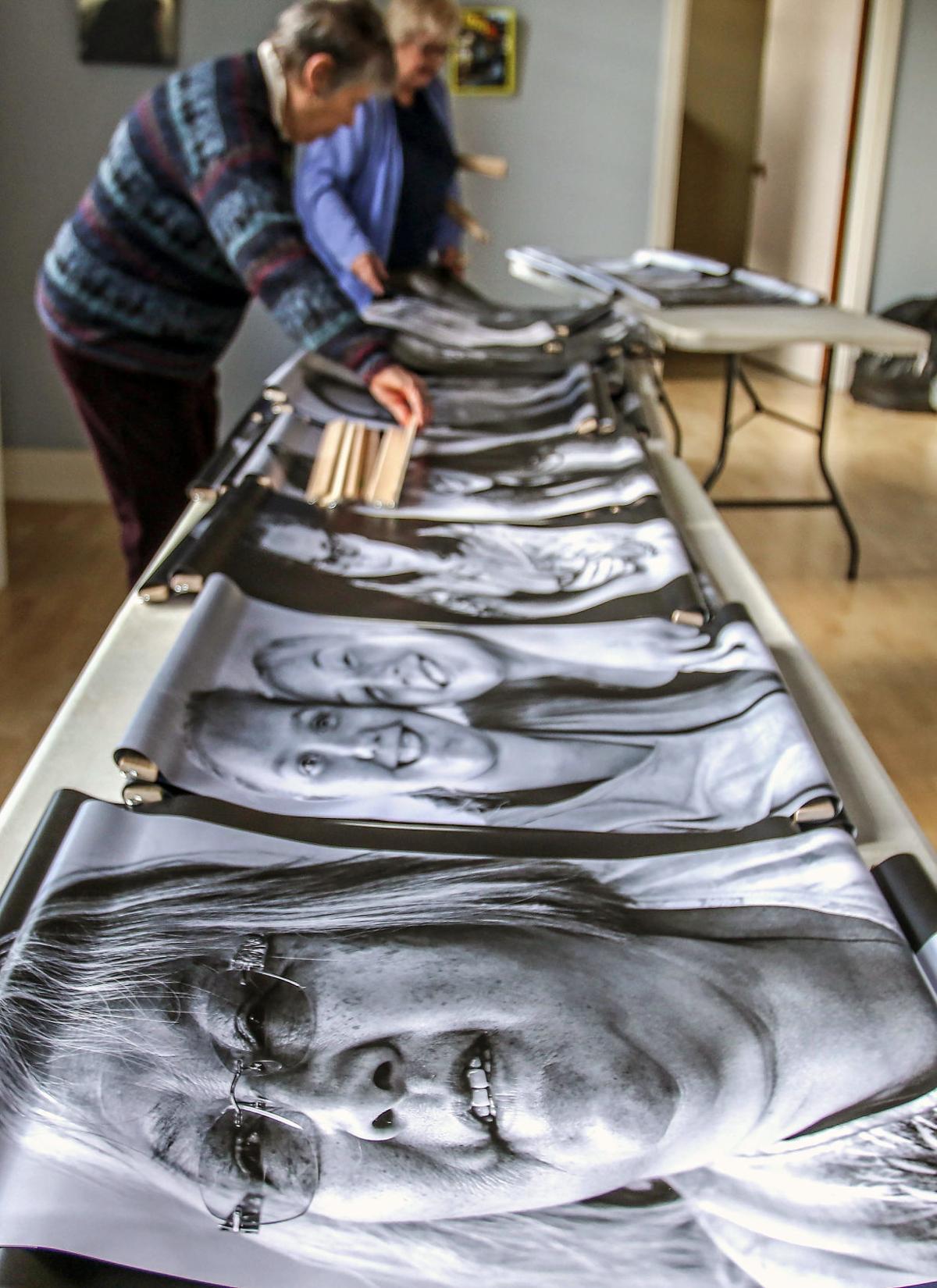 Jemma Crae, left, and Jani Brown prepare images for hanging in advance of the Faces of The Umpqua Valley Project photography exhibit set to open Friday at the Umpqua Valley Arts Association. 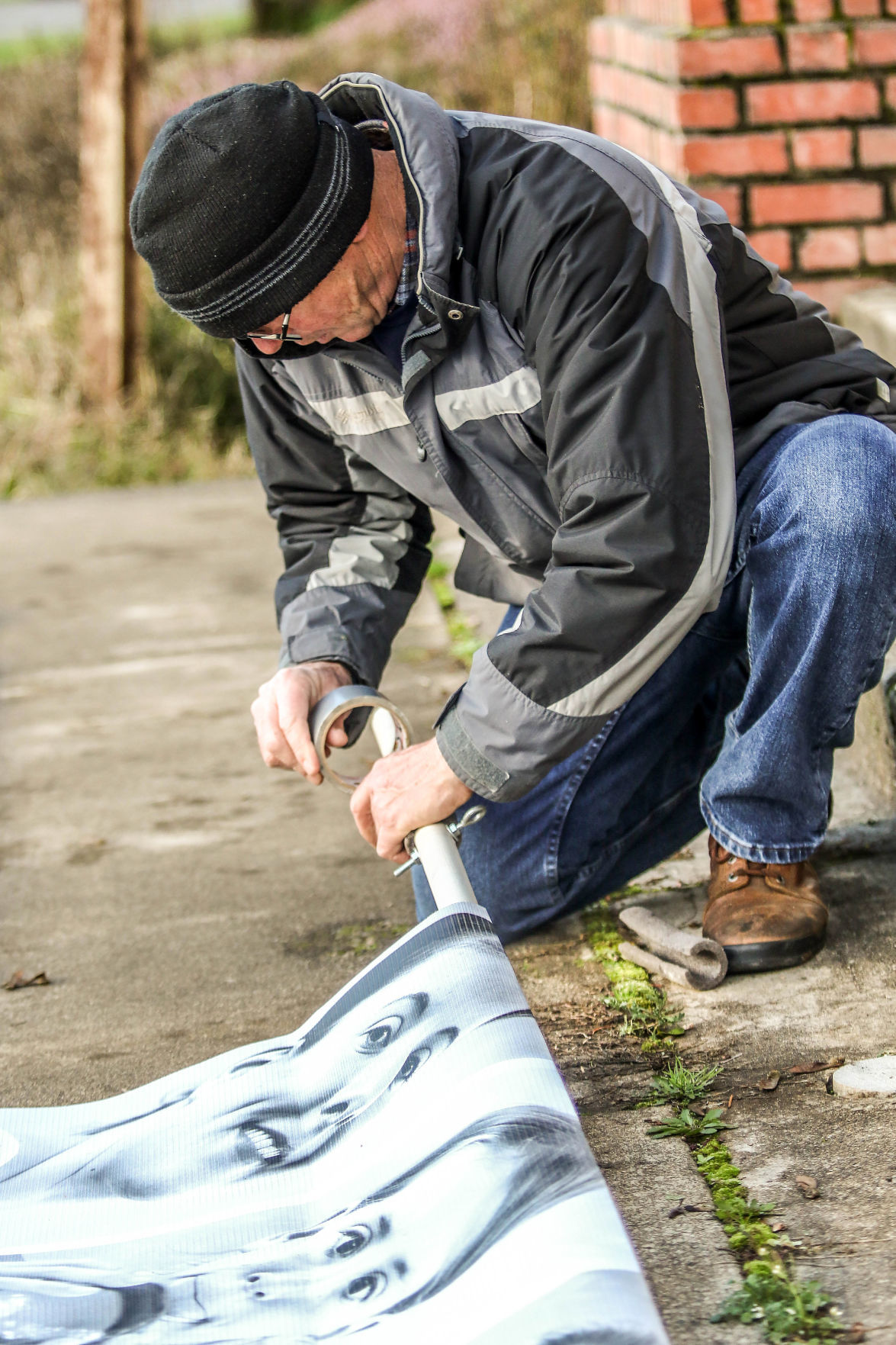 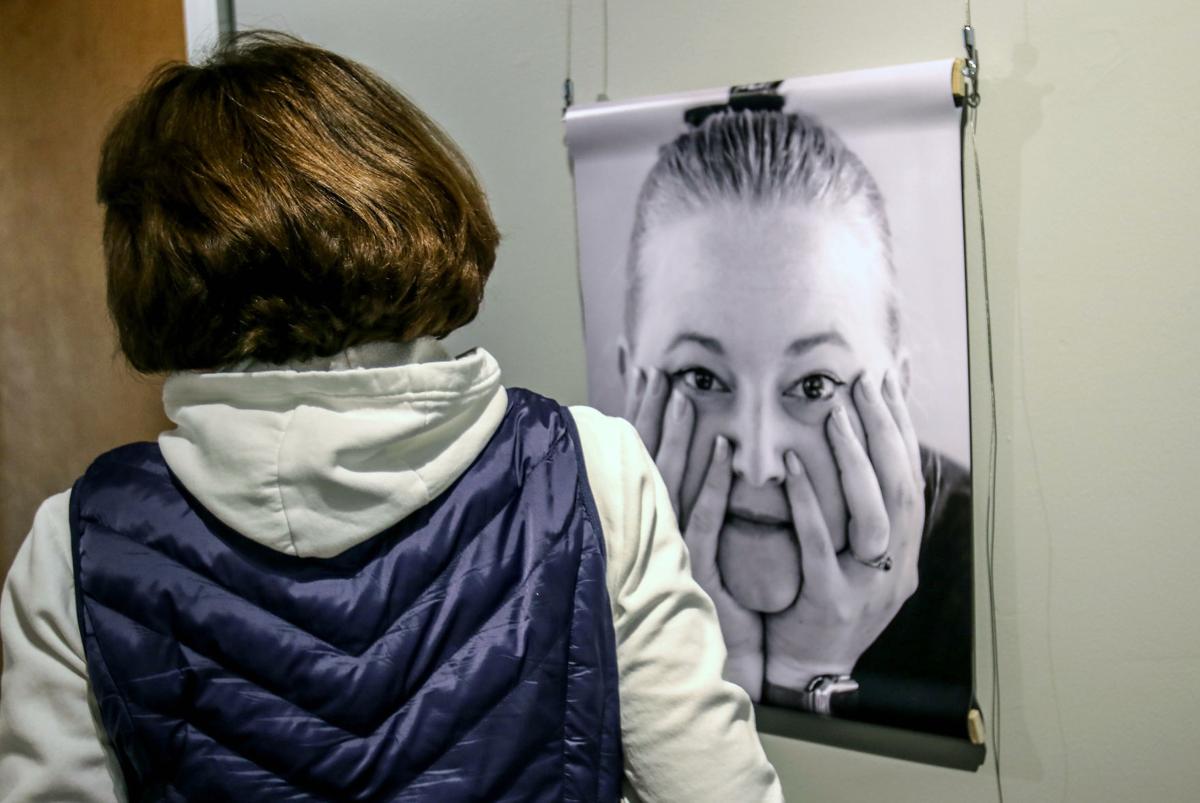 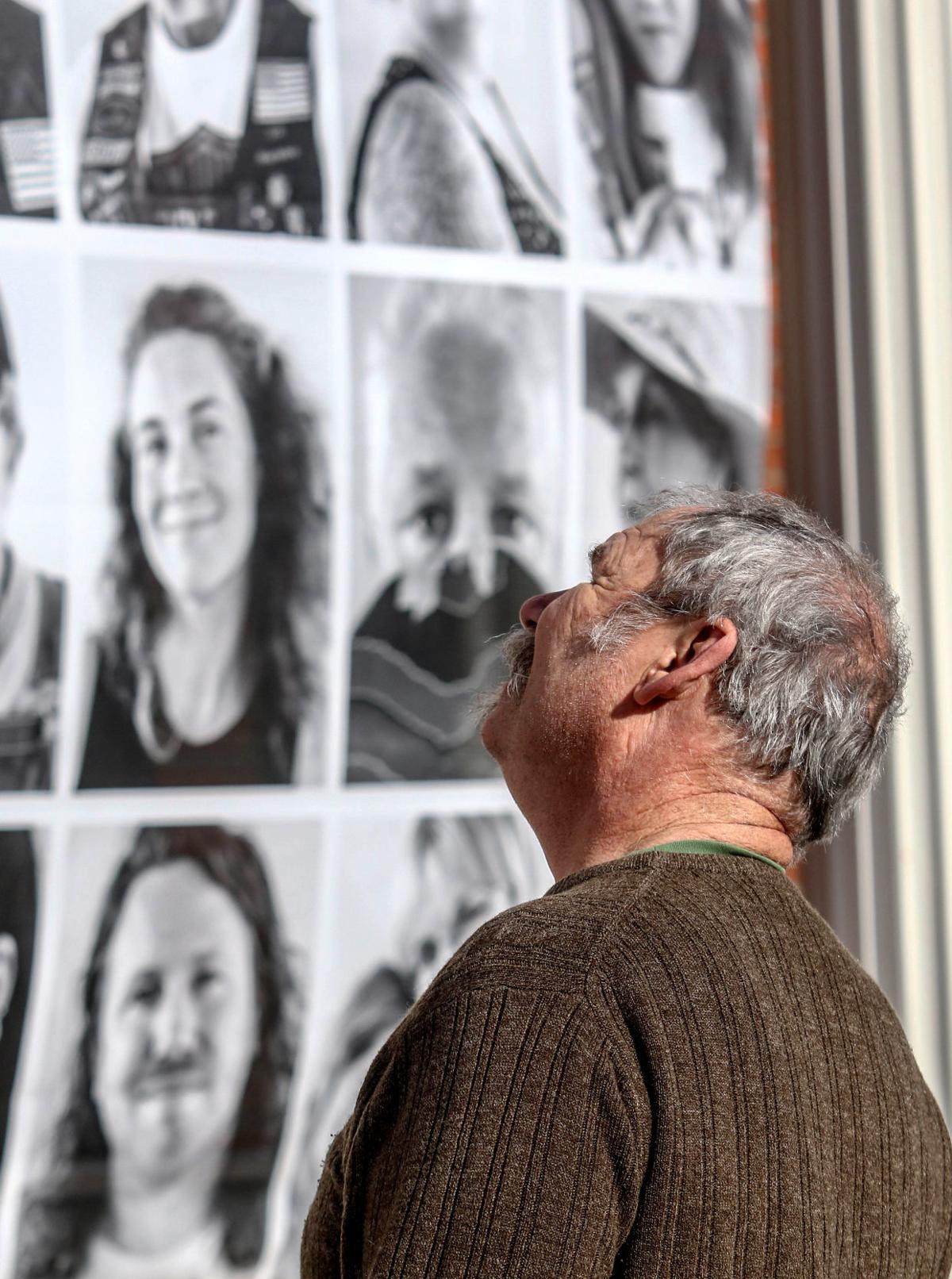 Gena Tharp moves photos to their location Wednesday in advance of a Faces of The Umpqua Valley Project photography exhibit set to open Friday at the Umpqua Valley Arts Association.

Jemma Crae, left, and Jani Brown prepare images for hanging in advance of the Faces of The Umpqua Valley Project photography exhibit set to open Friday at the Umpqua Valley Arts Association.

Close to 300 community members will have their portraits on display at the Umpqua Valley Arts Association when an exhibit more than two years in the making debuts with a 5 p.m. reception Friday.

Known as the Faces of the Umpqua Valley Project, the idea came to local weaver and UVAA gallery committee member Clare Matthews in the middle of the night. She said it was simple, envisioning a photographic display of candid black-and-white portraits of Douglas County residents.

“The intention would be to show our area at a moment in time, depicting the pride and skills that everyday people contribute to make this a community that is a pleasure to live in,” the project description said.

It took more than a year to secure funding and figure out how to find people to photograph, and the initial answer came in the form of the UVAA’s Summer Arts Festival. Matthews and UVAA Gallery Director Sandee McGee gathered volunteer photographers to take portraits and said festival-goers were enthusiastic to participate.

It was so well received by the community that it evolved into a nomination process, where organizers asked people to nominate community members they feel go above and beyond. In only a month's time, the association received more nominations than they could have imagined.

"This project is on fire. The spirit of our community is on fire, and I could not be more proud to say that this project has created a space for that flame," McGee said. "I couldn't have anticipated this when Clare came to me."

The project will culminate Friday, transforming the arts center both inside and out. According to McGee, some 96 different portraits will be displayed in the bays between the pillars at the front of the building. Around back, more portraits will hang from the awning that covers the walkway. Inside, both the corridor and Hallie Brown Ford Galleries will host the remaining photos.

A catalog will accompany the exhibit, which will include all of the portraits, detail the different aspects of the project and thank the wide range of people who contributed. Copies of the catalog will be available for purchase.

"Everyone involved has really made this project theirs," McGee said. "We had so many amazing people involved that have jumped in with both feet and taken ownership. I never thought we would get this kind of response."

Portraits taken by local middle school students will be on display in the Student Gallery. McGee and Matthews visited the Boys & Girls Club of the Umpqua Valley for a few months to teach youth about photography and encourage them to think about who they value and respect in the community.

"Students needed to consider a photo, who was to be in it, what would be in the background, how would the background effect “the story” trying to be told," Matthews said. "There was a lot to process and organize. I hope it was an experience that extended their skills but was fun too."

Overall, Matthews said her favorite part of the entire project was watching it become more than she had ever imagined.

"(The best part was) meeting with people and hearing their story and how people appreciate them. Seeing how our skilled volunteer photographers have connected with our community to tell the stories. Watching this idea grow and take on its own form," Matthews said.

Though the Faces project will dominate most the arts center galleries, the Red Door Gallery will house artworks by the UVA’s gallery committee and Gallery II will host hummingbird photography by Roseburg artist Tiffany Pippin, titled "Faces of Hummingbirds."

The Faces of the Umpqua Valley Project and the works from the gallery committee and Tiffany Pippin will be on display through March 13. Friday's opening reception is free and open to the public. The Art Center is open 10 a.m. to 4 p.m. Tuesday through Friday and 10 a.m. to 2 p.m. Saturday.

"It is more than I expected. People really loved the idea and wanted to be part of this visual record of the Umpqua Valley," Matthews said. "The results directly reflects the very reason we pursued the idea in the first place. People here are lovely."

Editor's note:  Jon Mitchell is an employee for The News-Review.

Some of our favorite books