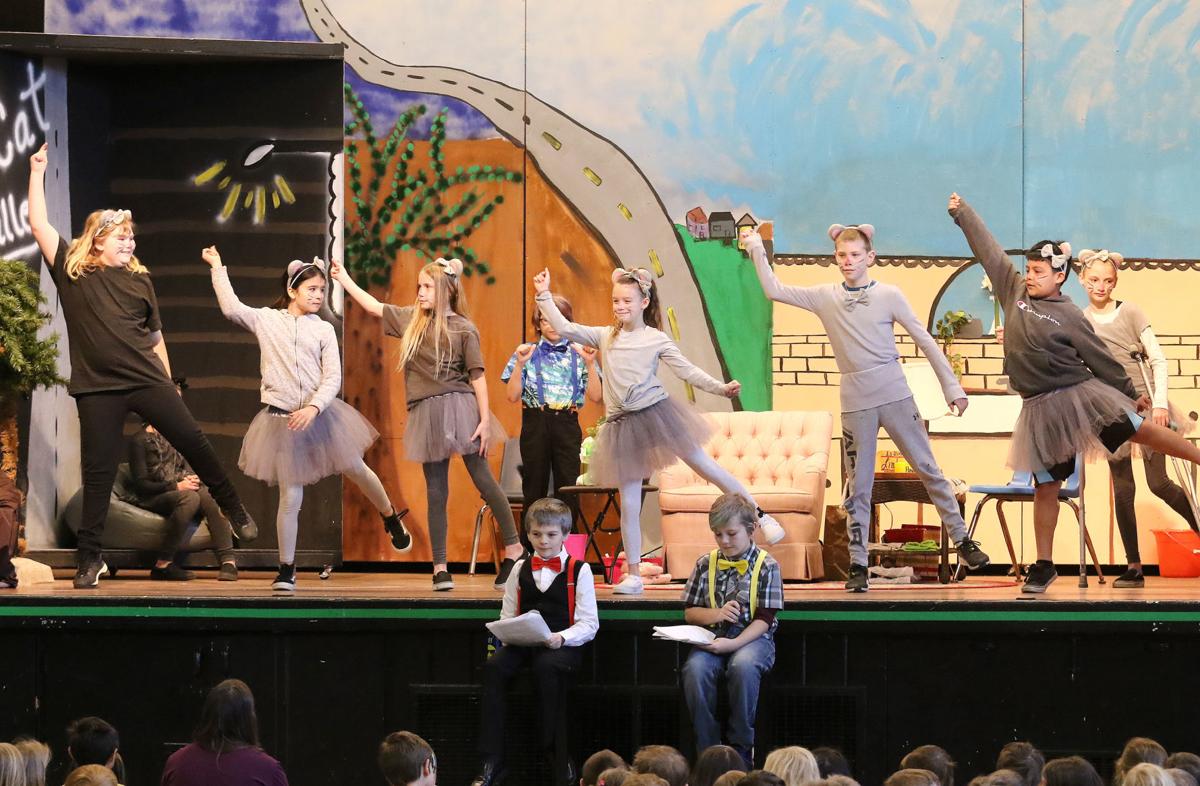 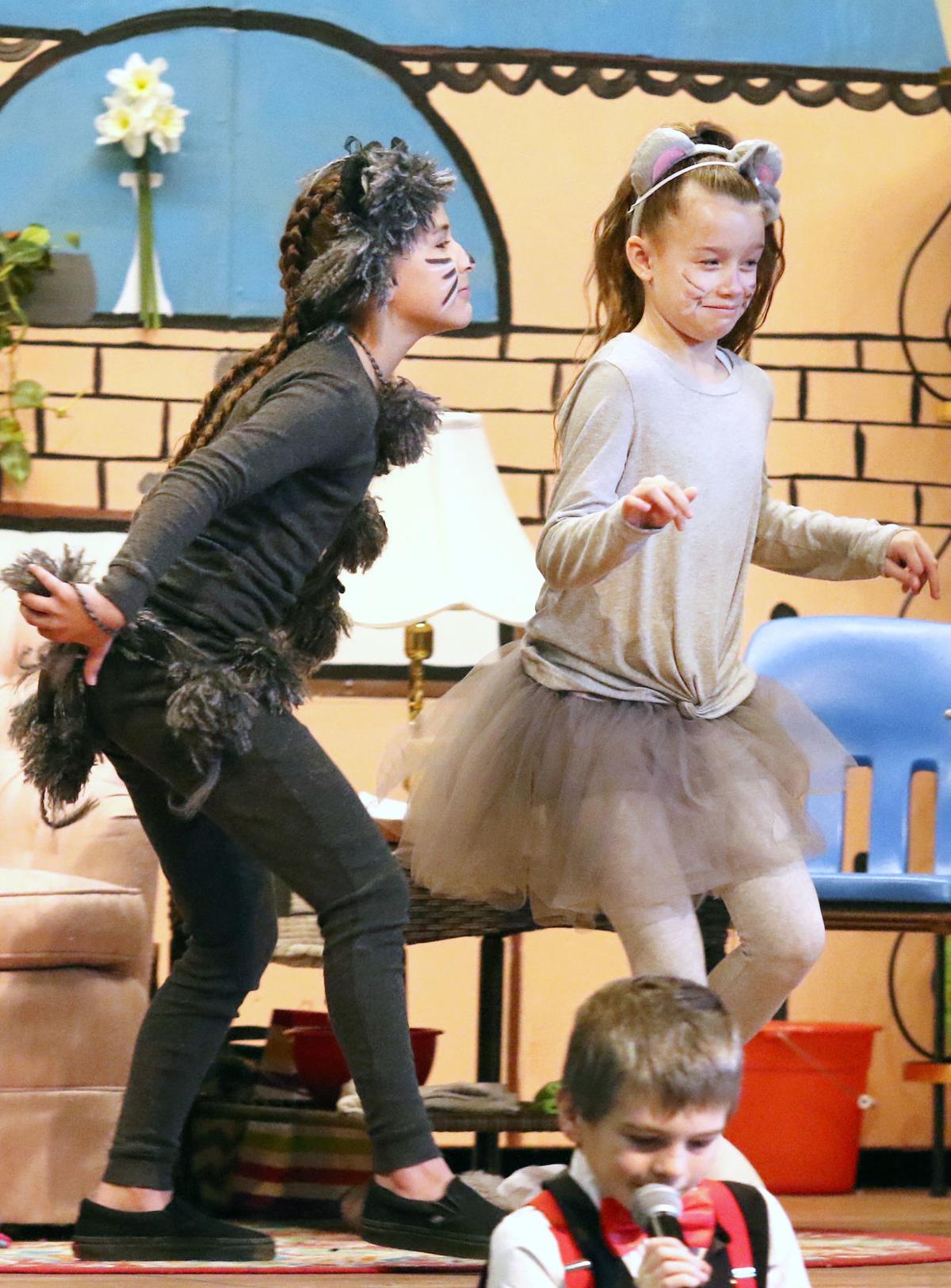 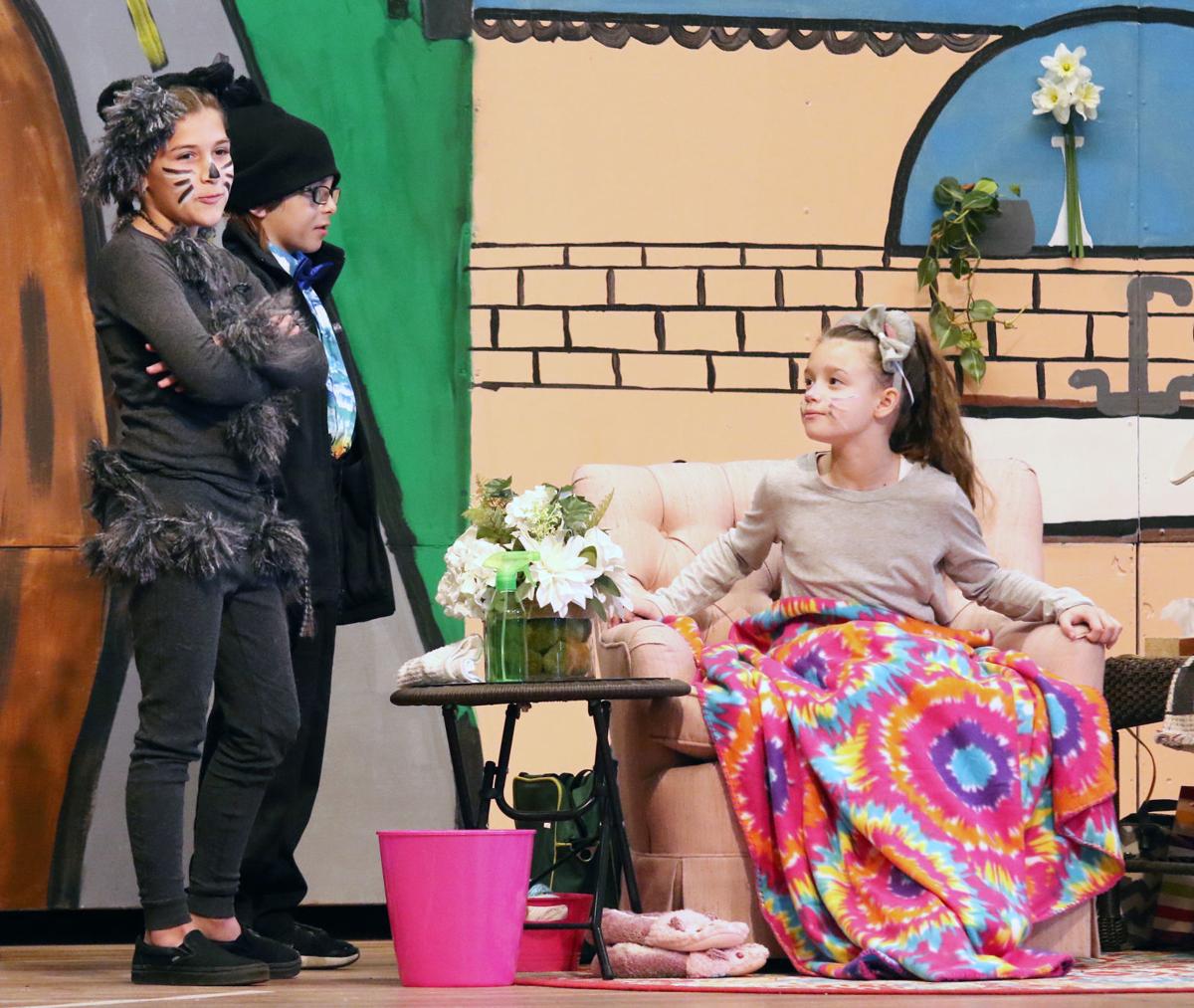 From left, Green Elementary School fifth graders Ayla Eggleston, Graham Fisk and Hannah Bakke perform during a production of, “An Uninvited Guest”, Thursday at the school. 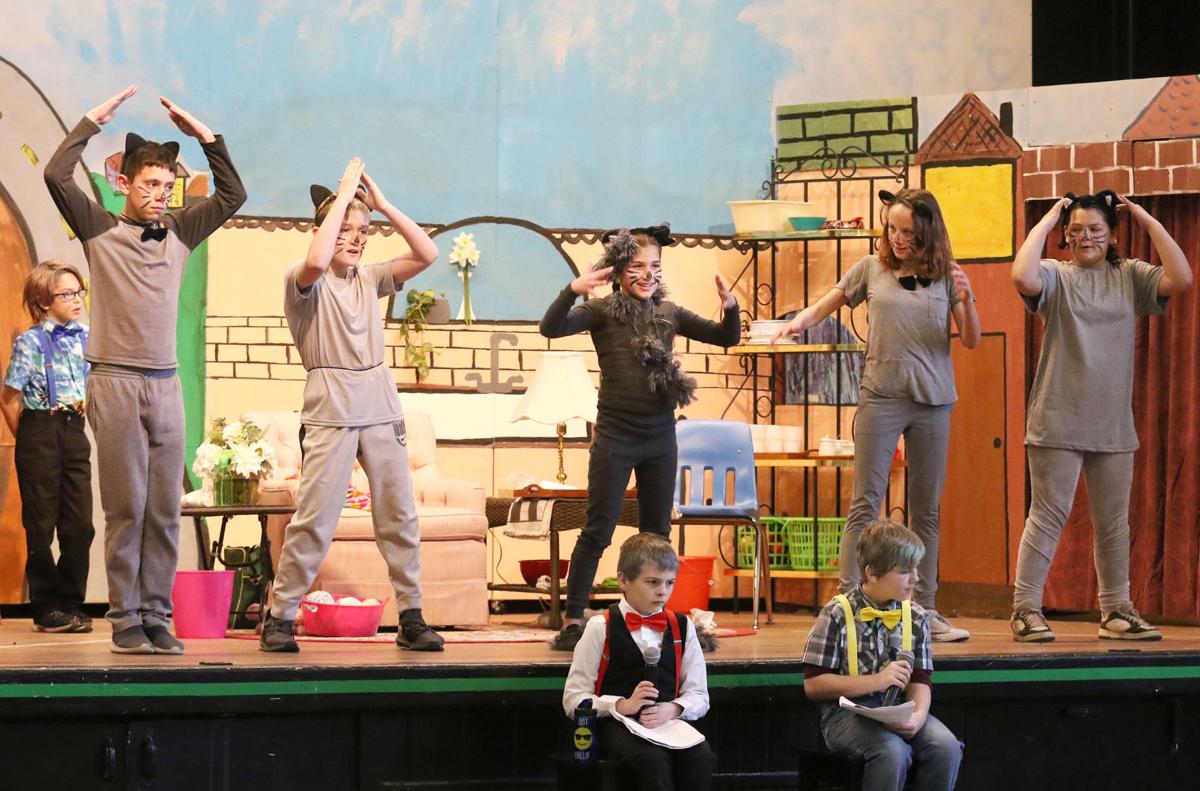 From left, Green Elementary School fifth graders Ayla Eggleston, Graham Fisk and Hannah Bakke perform during a production of, “An Uninvited Guest”, Thursday at the school.

This is the third year Sinclair has written and directed a play for her fifth grade class. Sinclair said she writes stories for her three grandchildren and sometimes those stories become plays for her students. “An Uninvited Guest” is one of those story-turned-play productions.

“Each (animal) is worse and worse than the last and in the end, he realizes what he really needs is a mouse,” Sinclair said. “He learns the lesson to appreciate what they have and to get along and to work together and they have made friend with all these animals in the process.”

Hannah Bakke plays the mouse opposite two classmates, Kadyn Hjort and Graham Fisk who split the role of Herbert. With over 60 lines for the Herbert character, it was decided to split the role straight down the middle for two students to tackle.

Neither Bakke or Hjort have acted before, but both are excited to be someone else for a short time.

“I’m an annoying pest. I leave messes everywhere; I’m basically a slob,” Bakke said. “You can’t be yourself, you have to whole different person. There can’t be even one bit of yourself in there. You can’t be afraid to do these big laughs, not afraid to do crazy things on the stage.”

Nevertheless, both said they relate to their characters in some way, which makes their role a little easier.

“I am a little grumpy old man. I’m not good with guests,” Hjort said. “It’s a little challenging because there are two of us and we have to be one person.”

According to Sinclair, each of her plays has some sort of message, such as treating each other well and being a good friend.

“With this one, it’s learning to appreciate what you have and learn to work through tough times rather than giving up.”

A performance for student family and friends was originally scheduled for Friday evening, but with Gov. Kate Brown’s statewide ban of gatherings of more than 250 people for the next four weeks, the public presentation of “An Uninvited Guest” has been postponed.

“At this point, it has been postponed until the ban on gatherings over 250 people is lifted and then we will plan an evening performance,” Sinclair said. “The families have not gotten to see it so we won’t cancel it, we will just postpone it.”