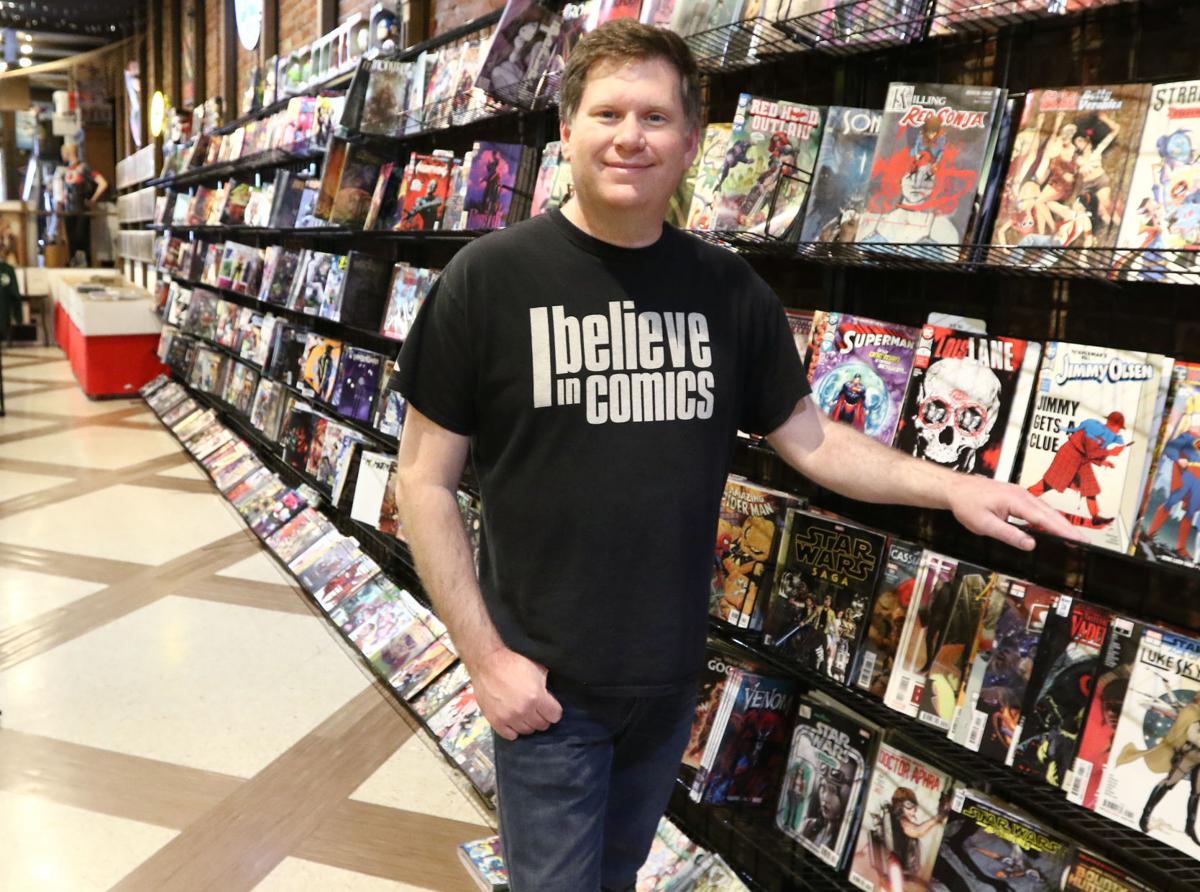 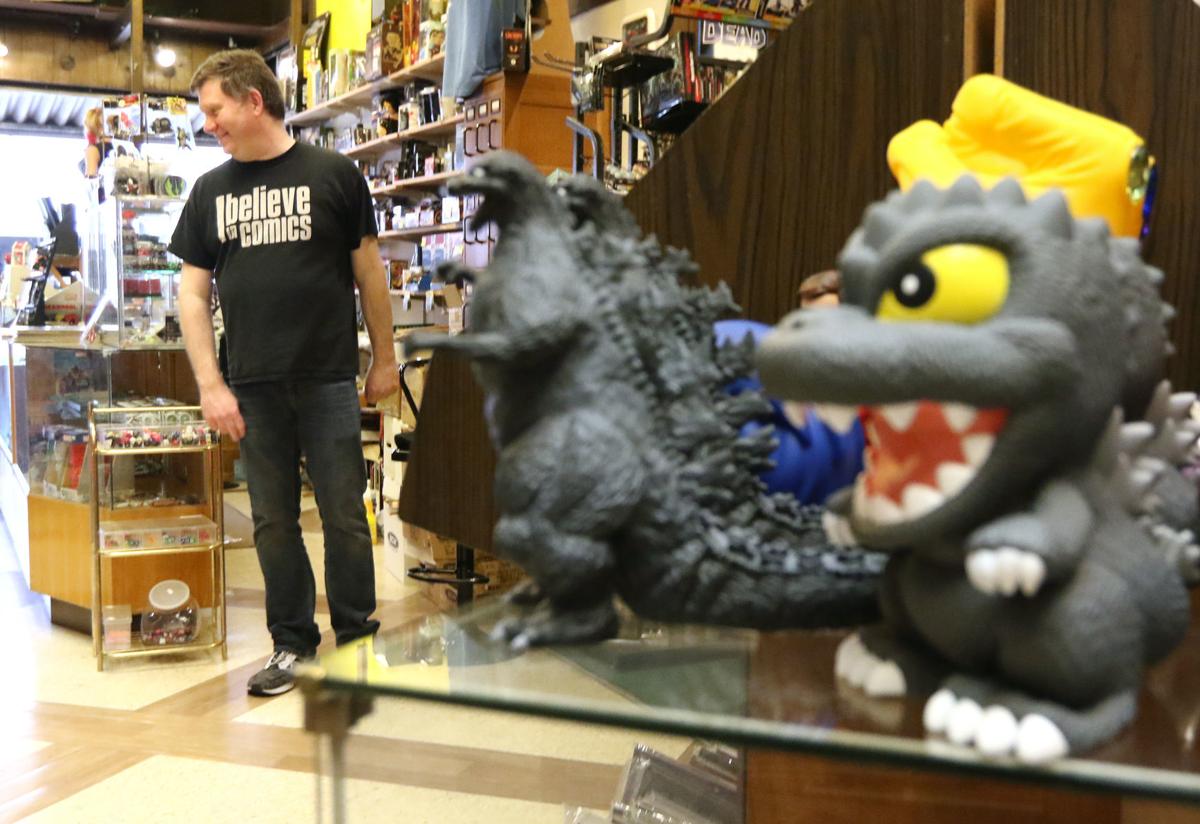 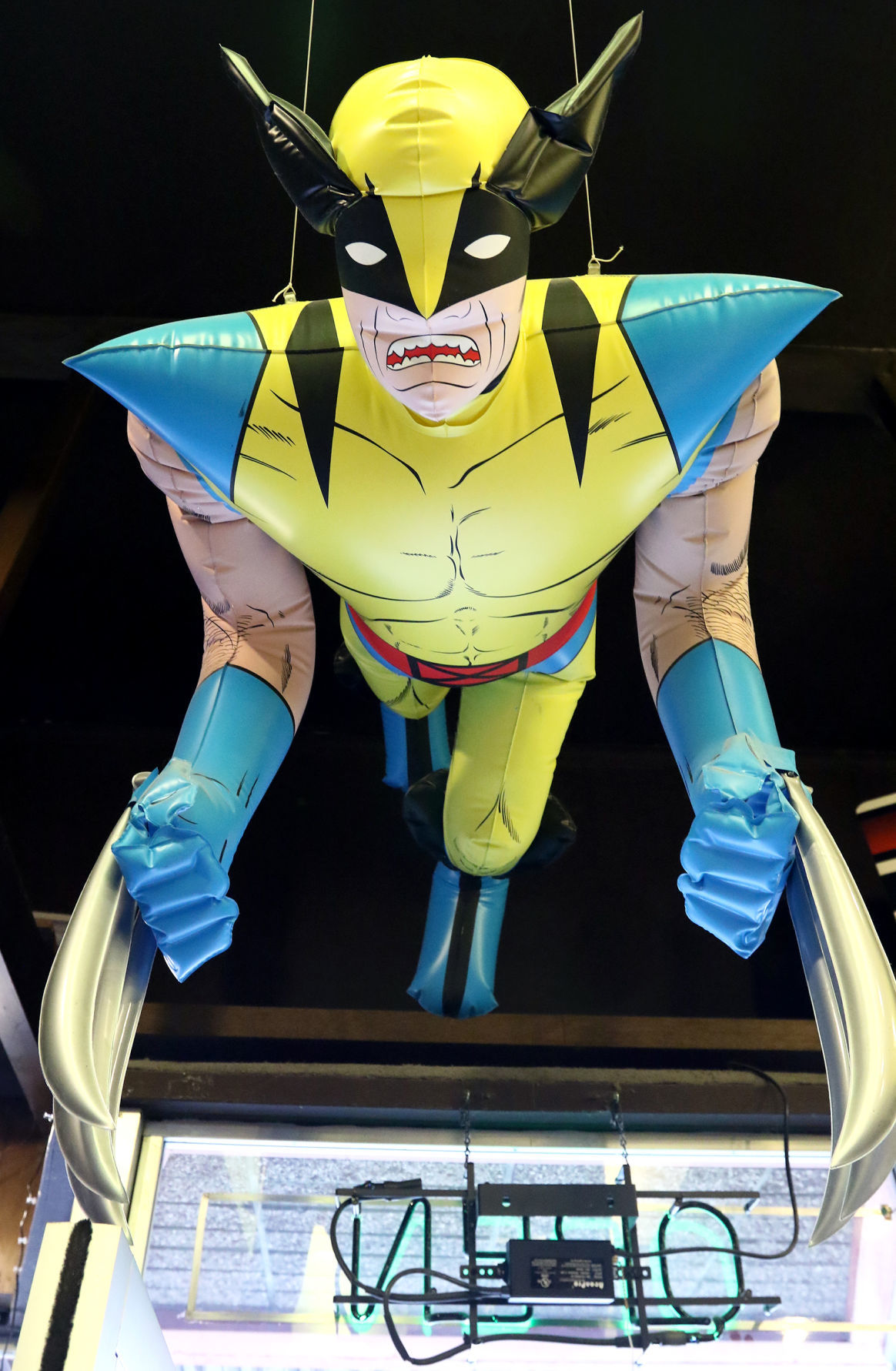 An inflatable Wolverine hangs above the entrance of Heroes Haven. 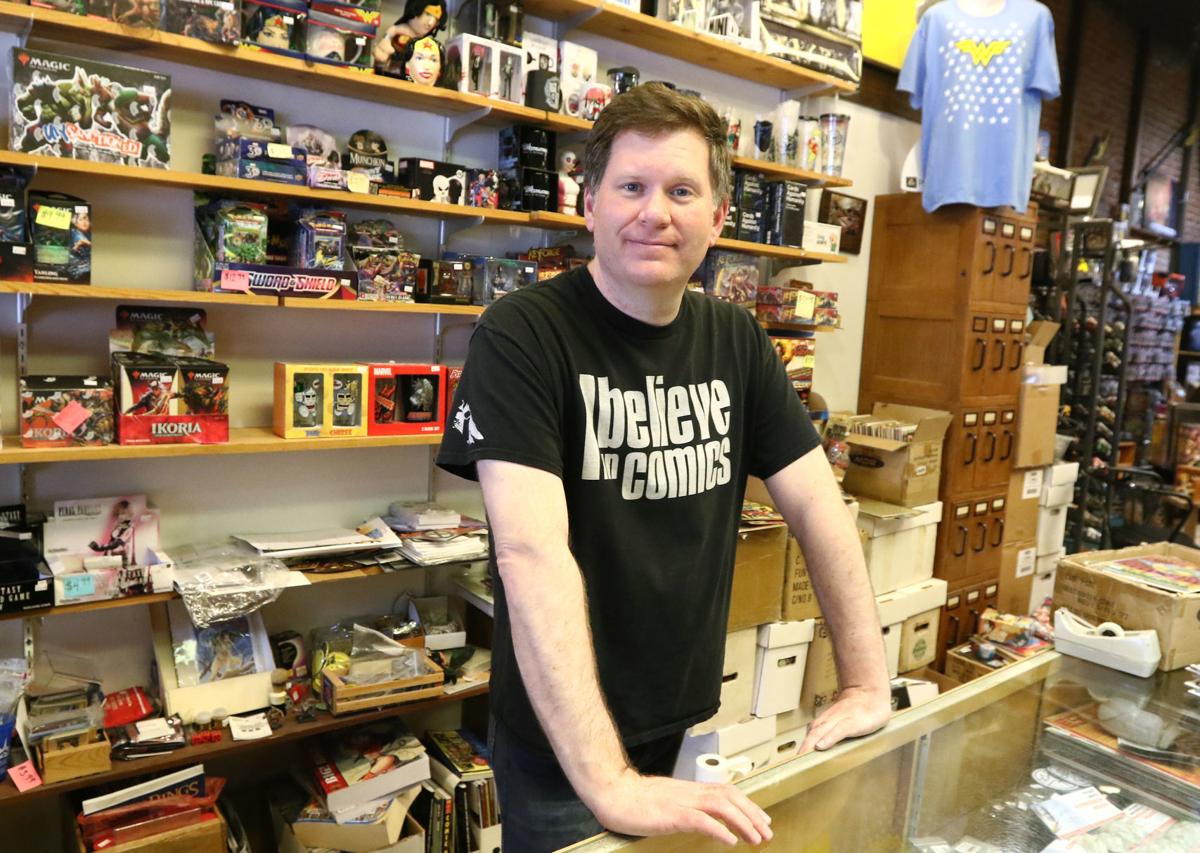 An inflatable Wolverine hangs above the entrance of Heroes Haven.

Thirty-three years ago, Heroes Haven comic book store was born from an obsession and a desire to own a small business.

“I was in high school and the comic bug caught me,” owner Brett White said. “My mom and dad had always wanted to own a small business — it’s always been a family business — so me, mom and dad opened this up on May 1, 1987.”

As a sophomore in high school, White’s spare time was dedicated to his newspaper route and racking comics at a local market.

“I really like comics,” White said. “If you would have looked at the TV shows and stuff from when I was a small child that I liked — I was watching Star Trek at one or two years old — it is really obvious in hindsight that I would be the guy running a comic book shop.”

White said Roseburg was the largest city in Oregon without a comic book store when his family decided to open the shop. His parents, Jerry and Nancy White, saw the popularity of comic and comic shops when he dragged them to stores in Eugene and Corvallis and to different comic conventions.

“We were a pure breed comic store for two weeks,” White said. “When we first opened, there were no graphic novels, there was hardly any action figures, it was just comics and a little bit of gaming stuff.”

Now, Heroes Haven is a treasure trove of comic and table top game books, manga (Japanese graphic novels), miniatures, Funko Pops, trading cards, collectables and nearly anything else a fan could ask for.

“I sell basically anything I think I can sell. Back issues and old comic books have always been something I have been passionate about. I like antiques and stuff like that,” White said. “There is a museum aspect of the store that comes from the collectables. I think having old comics and collectables is a way to make sure your comic shop is different than someone else’s comic shop.”

White estimates he has at least 100,000 comics between what is on display and what is stored in the basement. Perhaps one of the most interesting pieces he currently has is a 1949 “Archie’s Pal Jughead #1,” which White says cannot be found “just anywhere.”

“Most of my customers buy comics for entertainment and that is definitely what I advocate. I jokingly say there are comic collectors, comic speculators and, the term I prefer, comic accumulators,” White said. “Comics accumulate like snowdrifts because people just like them and the collection just happens because you are buying things that you like.”

White himself has around 10,000 comics in his personal collection. He says his favorite comic is “Grendel” by Portland-based author Matt Wagner. When it comes to Marvel or DC comics, White is a fan of Iron Man and Batman.

“It is definitely a job now, but I still very much like comic books,” White said. “The other product lines, like Pokémon cards, I don’t have a whole lot of passion for but that doesn’t matter. Whatever it takes to service the customer, that is what you do.”

Some customers have been with him the entire 33 years, following him as he moved from three other locations to finally settle at 635 SE Jackson St., Roseburg. His first store, a location that has since been demolished and turned into a city parking lot, had no running water and a back door held closed by a two-by-four.

White said showing up every day, making smart decisions and just plain perseverance has been the key to his success. Both the local market and the comic book industry have had their ups and downs throughout the years, but White has been able to adapt to each change.

“Every single time I’ve ever hit a hard spot I’ve bought my way out of it, which can be really dangerous because when you are spending money you can run through your money really quickly,” White said. “So you have to make really smart decisions and really find what people want.”

Thankfully, White has never had to contemplate closing his doors. He said there have been a few times things have gotten tight, but he was always able to make his way through it.

“I was never that contemplative over any of this,” White said when asked if he ever envisioned the business lasting so long. “I’ve just been along for the ride.”