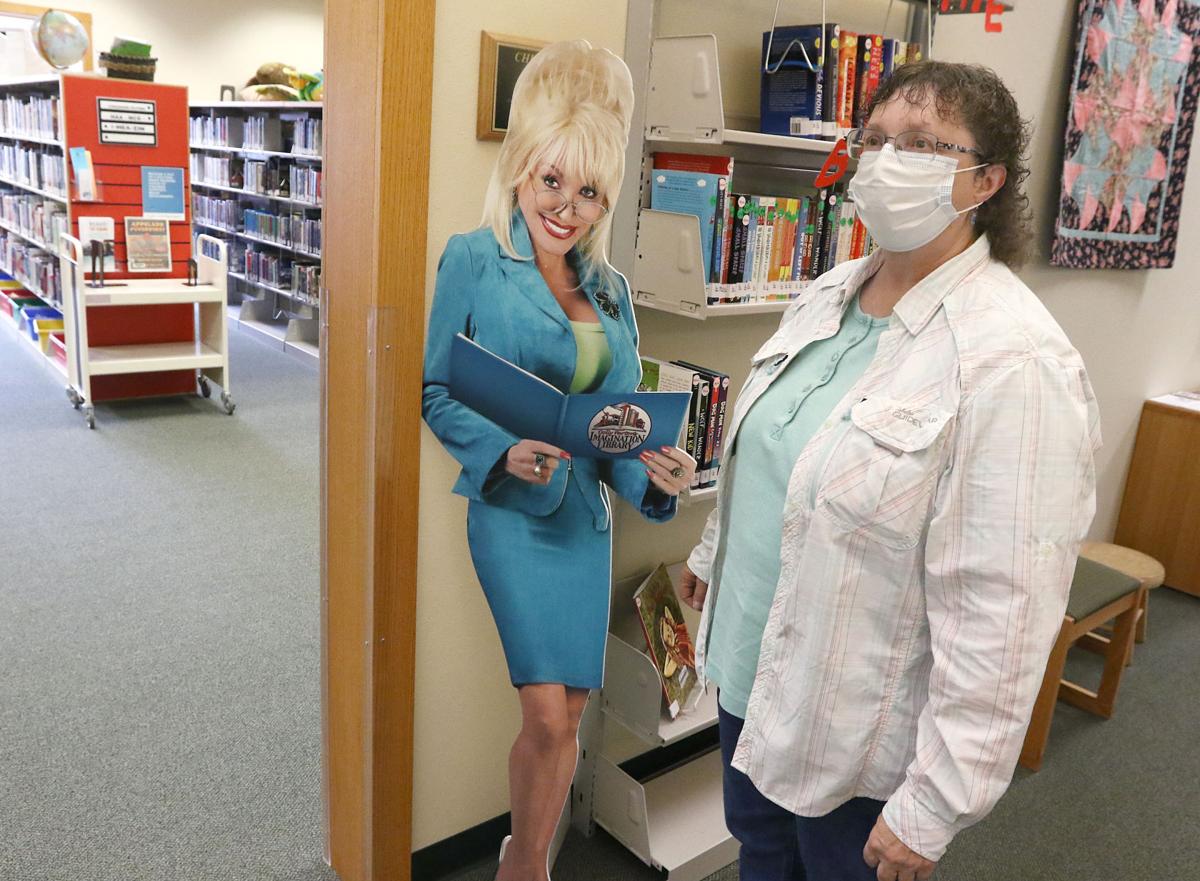 Gwen Best, chair of the Sutherlin Library Advisory Committee, stands next to a cutout of Dolly Parton that is part of a promotion for Dolly Parton’s Imagination Library program in Sutherlin on Friday. 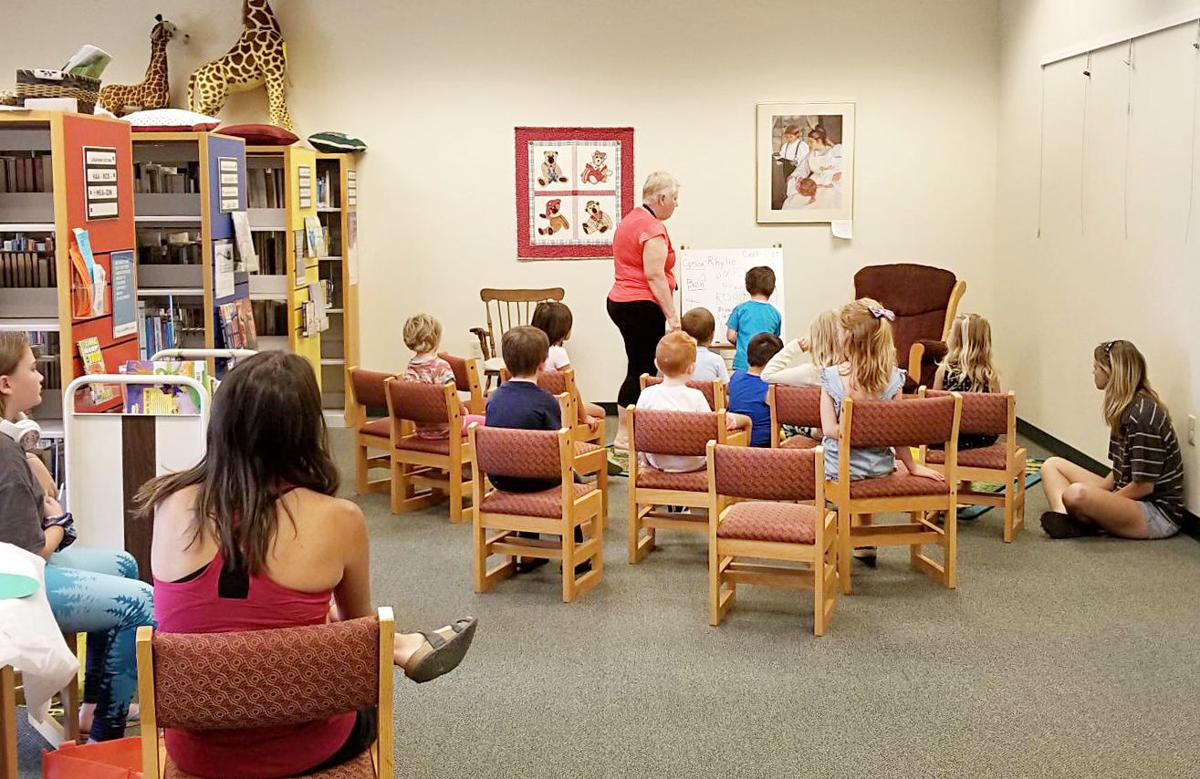 Children participate in a program at the Sutherlin Library in July.

Gwen Best, chair of the Sutherlin Library Advisory Committee, stands next to a cutout of Dolly Parton that is part of a promotion for Dolly Parton’s Imagination Library program in Sutherlin on Friday.

Children participate in a program at the Sutherlin Library in July.

The program was first offered in north Douglas County in the fall of 2018. Libraries in Canyonville, Glendale, Myrtle Creek, Riddle and Winston began offering the program in early 2019; the Roseburg Public Library added the program seven month later. In July, Sutherlin and Oakland libraries began offering it as well, extending the program’s reach to almost every library in the county.

Founded by country music legend Dolly Parton in 1995, the Imagination Library is described as “a book gifting program that mails free, high-quality books to children from birth until they begin school, no matter their family’s income.”

In order to enroll, children are required to live in a community that sponsors the program. After a brief registration, children receive an age-appropriate book mailed directly to them each month. Because the program targets early literacy, only children up to the age of five are eligible.

There is no cost to parents and little cost to libraries. The local affiliate is responsible for $25 per year per registered child. According to Sutherlin Library Advisory Committee chair Gwen Best, that’s about $2.10 per child per month, which she says basically covers the postage to mail the books to the child.

“This is another program we may offer to promote literacy and lifelong learning. Dolly Parton Imagination Library dovetails nicely with the library’s weekly Story Time reading and activities for preschool children,” Best said. “This augments our programs, gives the children books of their very own, and helps make lifelong readers which ensures their future success.”

The program has seen great success in our area since its inception. According to Douglas Community Library Association President and Riddle Library volunteer Lisa Sabol, the program was so popular that organizers had to “put the brakes on by pausing online applications for several months” after the first four months it was offered.

“After that, though, the pace slowed enough that we could accept registrations again and have time to go in search of more funding,” Sabol said. “We just added Sutherlin and Oakland in July but registrations from those zip codes are already picking up as word spreads. This time we’re ready, thanks to the generosity of foundations and donors who have supported the program.”

According to Best, 54 children in Sutherlin and 21 children in Oakland have already registered. A total of 659 children are enrolled through Douglas Community Library Association, the affiliate who handles much of the program for the original south county libraries and, more recently, Sutherlin and Oakland.

In Roseburg, Youth Services Librarian Aurora Ropp said 1,069 children are currently enrolled, and 299 have graduated to their fifth birthday through the Friends of the Roseburg Library affiliate.

Registration is available at each library or imaginationlibrary.com. The child should receive their first book within eight weeks and another each month until they begin kindergarten.

“Dolly and her whole staff should be commended for their contribution to literacy of the children they serve. The program provides books to all children who want one without bias. A child signed up at birth could receive up to 60 books at no cost to the family. The wonder and enjoyment they are providing to children everywhere is a gift of love,” Best said.