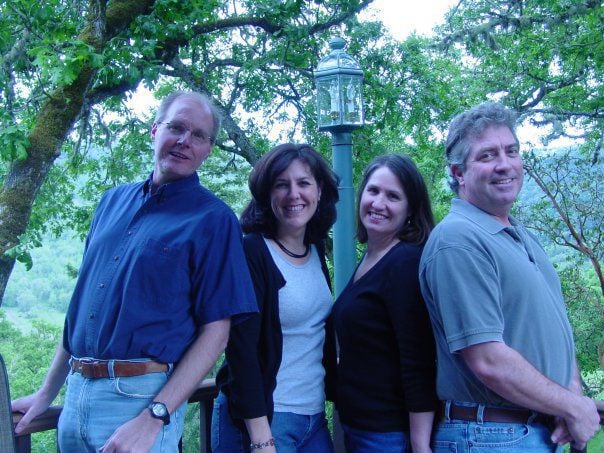 Bill and Margot O’Sullivan of Springfield and Michelle and Bob Hall of Roseburg form the band known as Homemade Jam. 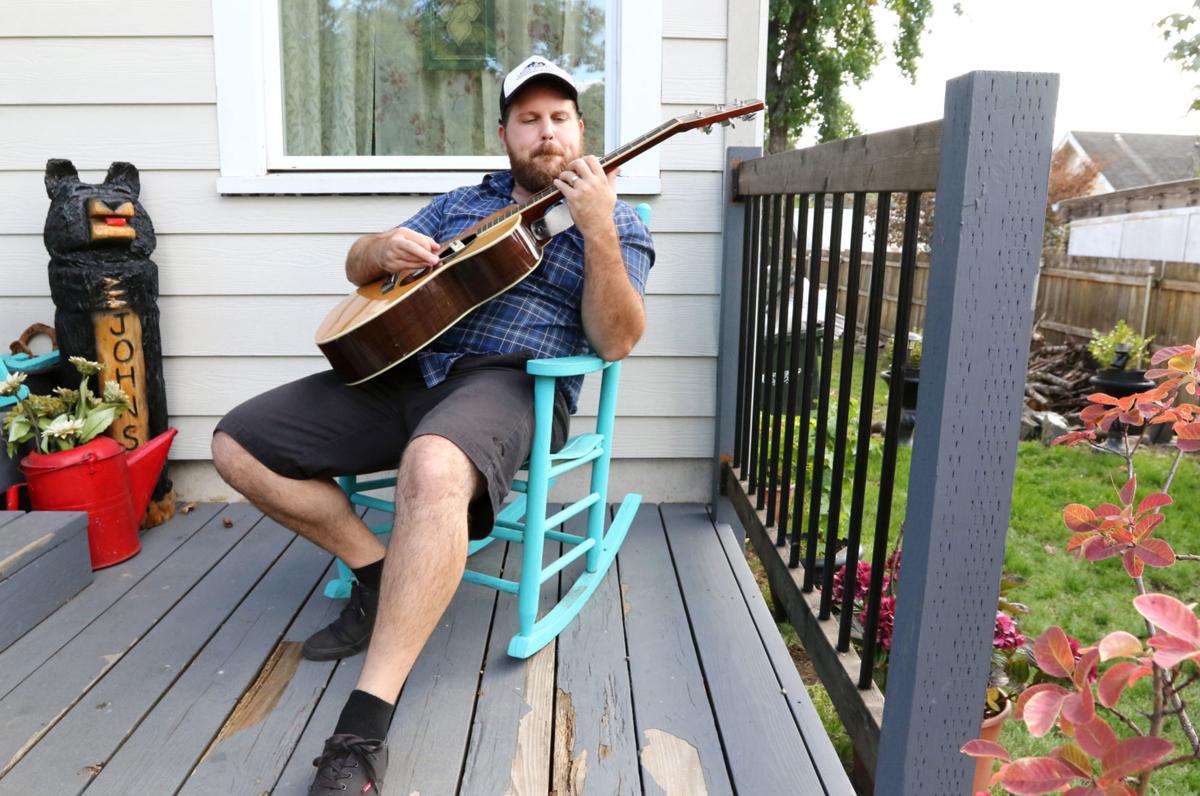 Musician Neil Gregory Johnson strums a guitar at his Roseburg home in 2019. Johnson is one of the local performers who are doing shows via livestream during coronavirus pandemic. 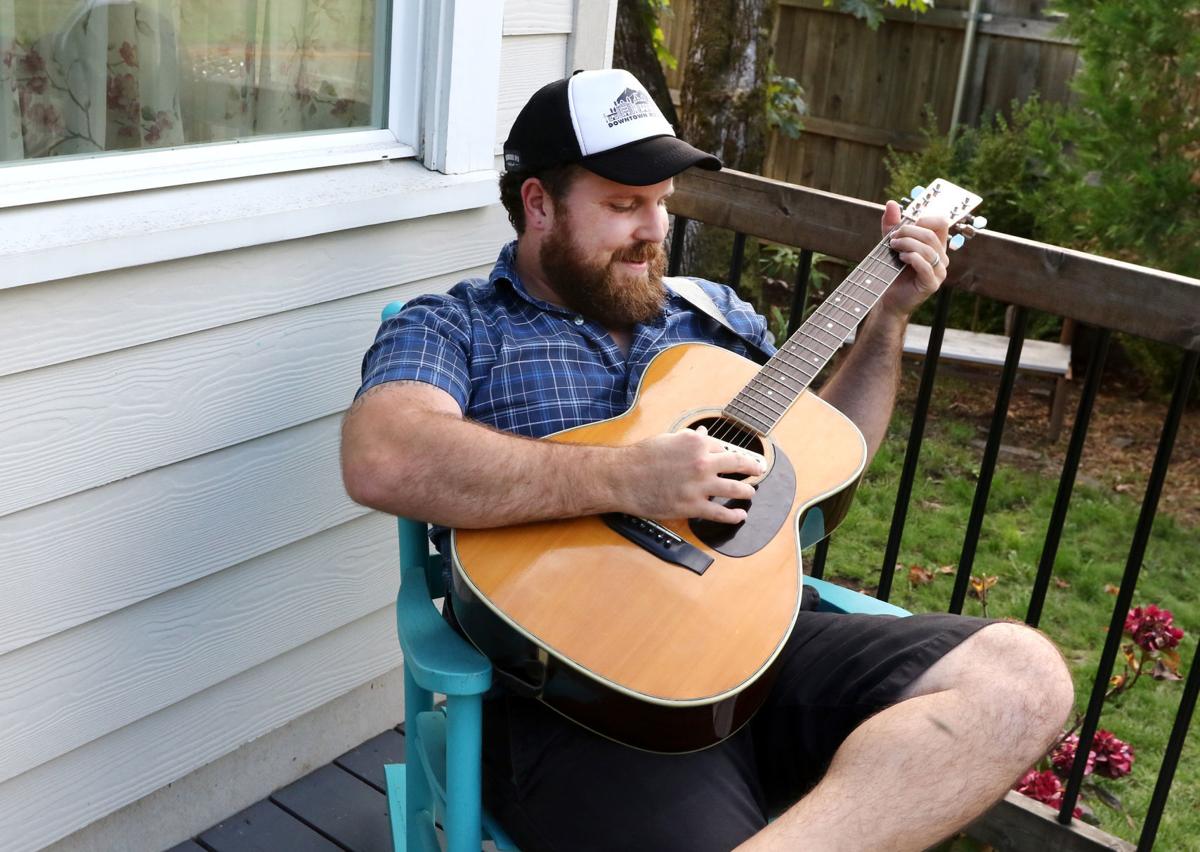 Bill and Margot O’Sullivan of Springfield and Michelle and Bob Hall of Roseburg form the band known as Homemade Jam.

Musician Neil Gregory Johnson strums a guitar at his Roseburg home in 2019. Johnson is one of the local performers who are doing shows via livestream during coronavirus pandemic.

When Bob and Michelle Hall went into self-isolation last month in response to growing concerns over COVID-19, they knew they would have to think outside the box when it came to continuing their live performances.

“For our sanity, and to keep our creative juices going, we spontaneously started recording a music video each day and sharing with our Facebook friends,” Bob Hall said. “It’s just Michelle and I somewhere in our house, being silly and having fun and sharing some good tunes to keep our spirits up and trying to keep in touch with our fellow humans.”

The couple is half of a four-person band known as Homemade Jam. When their partners, a married couple who lives in Springfield, are unavailable, Bob and Michelle perform as the Homemade Jam Duo.

According to the Homemade Jam’s Facebook page, the group has been playing together for nearly 20 years, originating in northwest Arizona in 1990 and relocated to southern Oregon in 2004. They play an eclectic mix of styles, including traditional and contemporary Americana folk and bluegrass, old time swing and Celtic tunes and even some acoustic takes on old time rock and roll classics.

Their diverse taste in music can be seen in the 23 Facebook live videos they have made since going into quarantine.

“The songs that I gravitate to are generally positive, uplifting songs or at least music with an important message or background story,” Bob Hall said.

The duo plays a mix of cover songs and originals. Bob says after years of playing, he has a formula that helps him keep a good mix between songs he has wrote himself and what he considers comfort music — familiar songs people recognize and maybe sing along to.

Fellow Douglas County musician Joe Ross has also began posting videos to Facebook in an attempt to keep in contact with his audiences.

“During these trying times, music can actually reduce stress and maybe even bolster your immune system,” Ross said. “It’s also a good learning experience to tape one’s music, and then put it out there to see what kind of feedback you get. Supportive comments keep musicians feeling like they’re needed, have purpose, and working hard to always do better.”

Ross, 65, has been gigging since he was 12. He is a mostly self-taught musician, choosing to pursue music for the camaraderie with others and the enjoyment it brings to audiences. He plays a variety of instruments and music styles and says that this variation from his normal live performance schedule has been beneficial.

“Necessity is the mother of invention so I’m seeing many creative things happening,” Ross said. “As one uses the internet and social media to entertain, there’s potential to open new doors. This current situation has forced musicians to become more computer and tech savvy, as well as find new innovative ways to reach their audiences.”

Ross plans to expand past Facebook, using his YouTube and Skype channels not only for live performances but online music lessons.

Neil Gregory Johnson, 32, has also been playing music since he was 12. He has been making music as a full time profession for the last seven years in Roseburg, surrounding areas, western US and, recently, nation wide. While he has held a few live stream shows on Facebook and Instagram, he is using the time to write, record and spend time with family.

“I’ve never seen anything like this ever in my life,” Johnson said. “I think when it’s all said and done it will strengthen live music, and it will ignite a new appreciation for the people involved in creating it. I hope it also inspires a new generation of creatives.”

Johnson has had to start a new job to help keep food on the table while his paid musical career is on hold. He says he doesn’t know how this lull will affect his career, but knows the music community is all in this together and that camaraderie is a foundation to rebuild.

“Music isn’t just something I would stop. it’s my heart and soul. It has been and will be my way of life till I leave this world. I am what you would call a lifer,” Johnson said. “As unfortunate and challenging the COVID-19 crisis has been, I think it’s a great excuse for artists and musicians to get creative in how they share their work. We’re all in it together. Work hard, keep a smile on, and sing us a tune sweetheart!”

To learn more about the Homemade Jam band, visit www.bit.ly/3b0fttq.