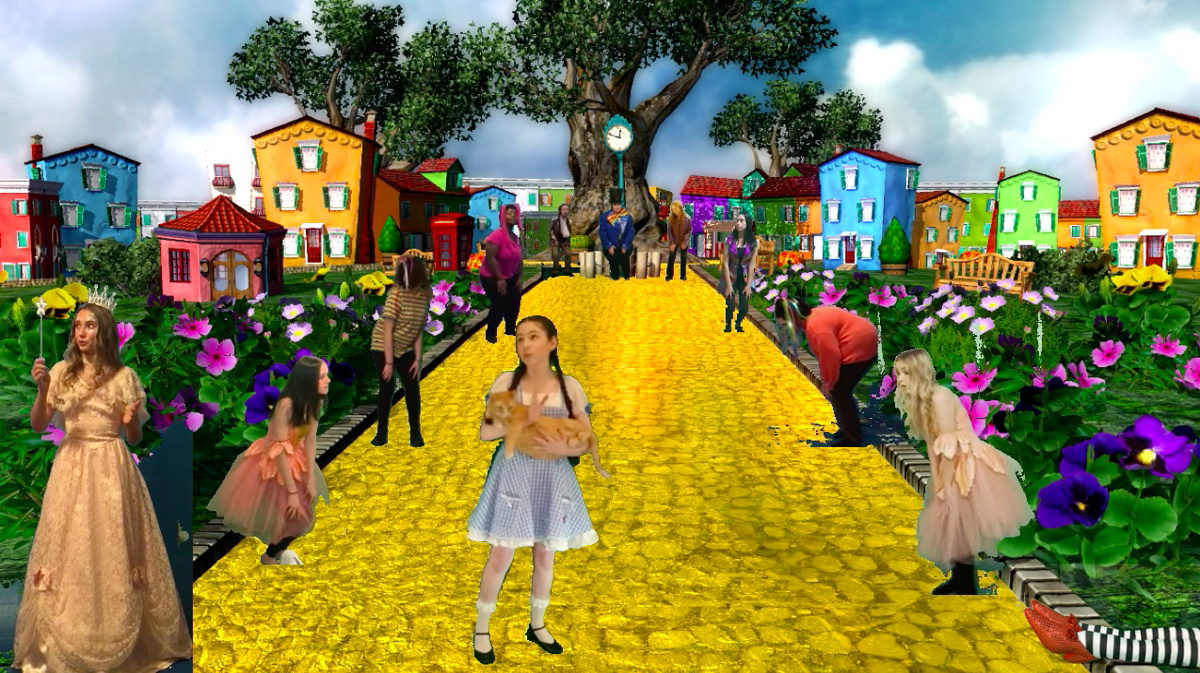 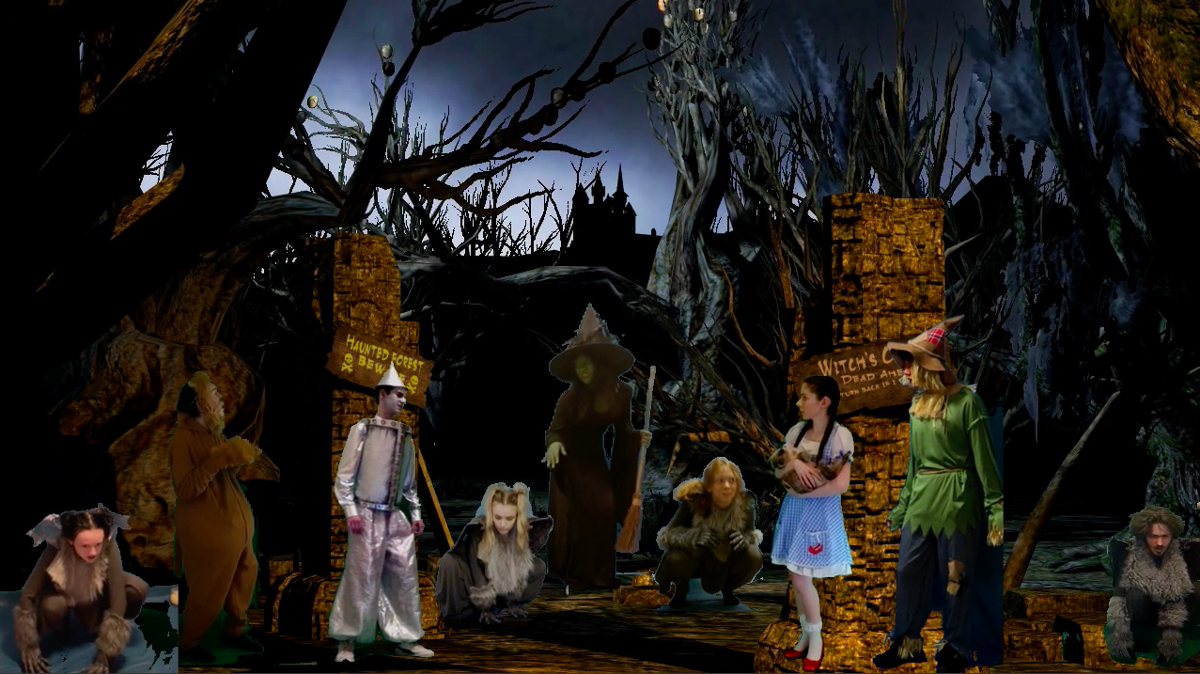 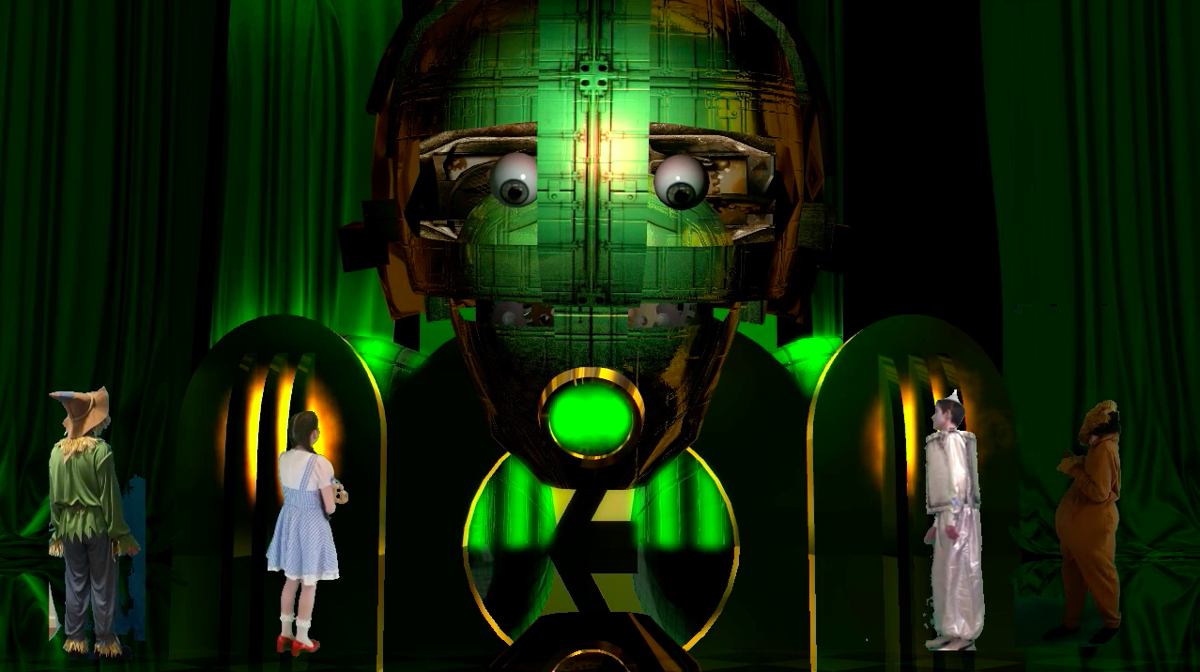 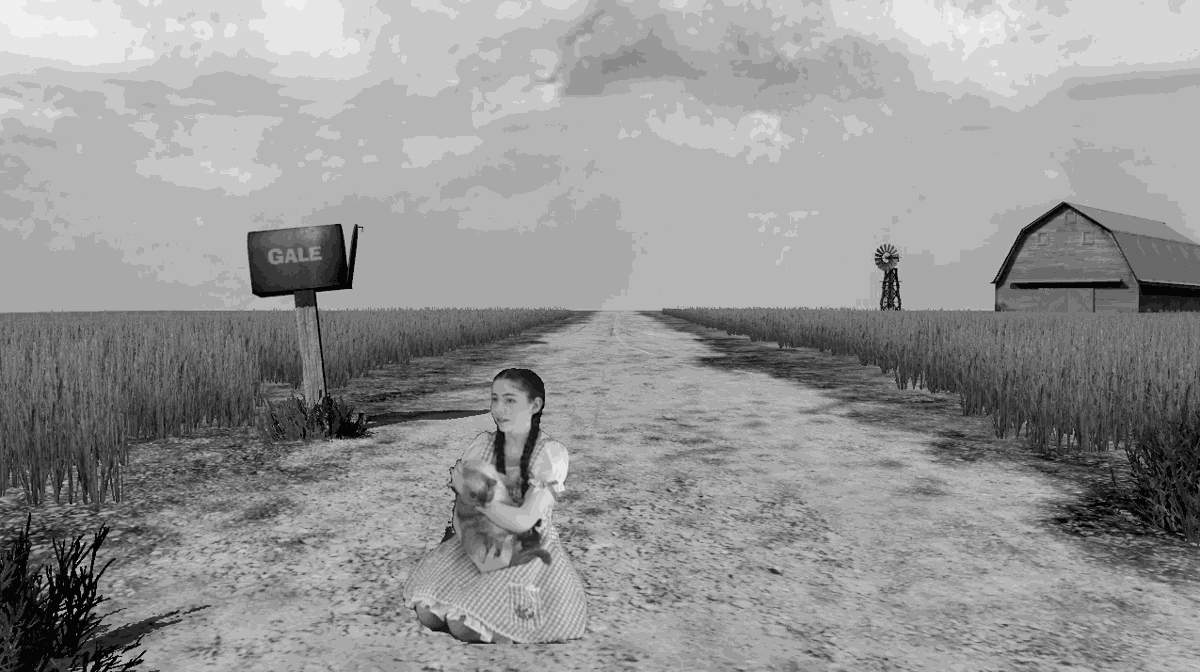 Roseburg High School drama will embrace another first this year, as students tackle the technology of green screens to bring “The Wizard of Oz” to the comfort of your own home via any streaming device.

According to theater teacher Christina Moroney, the play is similar to the classic 1939 film adaptation of L. Frank Baum’s children’s fantasy novel “The Wonderful Wizard of Oz.” It’s the musical we all know, Moroney said, but with simpler songs that are easier to learn in a distance learning environment.

All of the parts were recorded by students in their own homes before being edited together by a post production team. It started out with students learning and recording each song, which was then digitally edited together by choir teacher Julie Cherry. Then, Moroney supplied costumes, props and homemade green screens to each of the 16 students involved so they could then record each of their roles. These recordings were then places over what would have been the background projections for the play, had it been held in person.

“It’s homemade green screens. They are not perfect. It is definitely a DIY project, but it’s a lot of love and a ton of work that people have put into it,” Moroney said.

According to senior Ylektra Rodriguez, this production is different than the fall play, which also used technology and an online streaming service to broadcast the play.

Rodriguez, a veteran actress with both high school and community theater, plays Dorothy Gale. For her, live shows are easier to do but she is grateful for the experience and the new skills she can take into the rest of her acting career.

“This musical is so different than anything I’ve done before. Since it was entirely green screened, I had to learn how to act and react in the scenes when I can’t see any of the other characters or any of my surroundings,” she said. “It was a challenge that I’ve never had to deal with before, but it did gave me some insight into what working with film is like.”

Freshman Emma Kahler, who tackles the roles of a Munchkin, a talking tree, an Ozian and a flying monkey, said learning her lines, songs, dances and blocking became easier with time, but managing everything on her own was rather challenging.

“The hardest part of doing this play was being your own stage manager. From costumes, to green screens and more,” Kahler said. “Overall I thought it was a great experience. Being in this play makes me feel special because I got to be apart of something not really ever done before.”

There are a few differences, like a missing scene and added song, between the classic story and this production. One notable difference is Dorthy’s companion Toto.

“Our Dorothy doesn’t have a dog. But she does have some cats,” Moroney said. “So Toto is not only a cat in our version, Toto is actually three different cats. And you know what, we are just embracing the homespun goodness of this type of theater.”

Moroney has never done anything with green screens and this amount of editing before. She almost didn’t organize a musical for this year, but decided to move forward on “The Wizard of Oz” with the help of Cherry, senior Anthony Gordon and Umpqua Actors Community Theatre executive director Melody Schwegel. Nearly three months of work will culminate in the release of the video via AnywhereSeat.com.

“I hope the audience can embrace the quirkiness with us. I think that if you are looking for flaws and looking for the green screens that aren’t perfect, that’s what you’ll find because they are Dollar Tree tablecloths, that is literally what they are made of.” Moroney said. “But if you look past that and see how much heart and work has gone in by everybody and how much fun they had with it, you are going to see something really unique and, I think, inspiring.”

Tickets are available now. Moroney has chosen to allow viewers to name their own prices, with a minimum cost of $5 per ticket. The show will be available on demand from 5 p.m. Feb. 26 through 11:30 p.m. Feb. 28. Once a ticket has been purchased, the show can be viewed any time during that timeframe. It can also be viewed multiple times on that same device throughout the weekend.

The cast and crew will also host a YouTube live Q&A at 8 p.m. Feb. 26. For more information, visit rhsdrama.com.

“I hope the audience gets as much good out of this show as I have. I hope they see how even though things are very different this year, we can still make incredible things together and use this time to learn new things,” Rodriguez said.