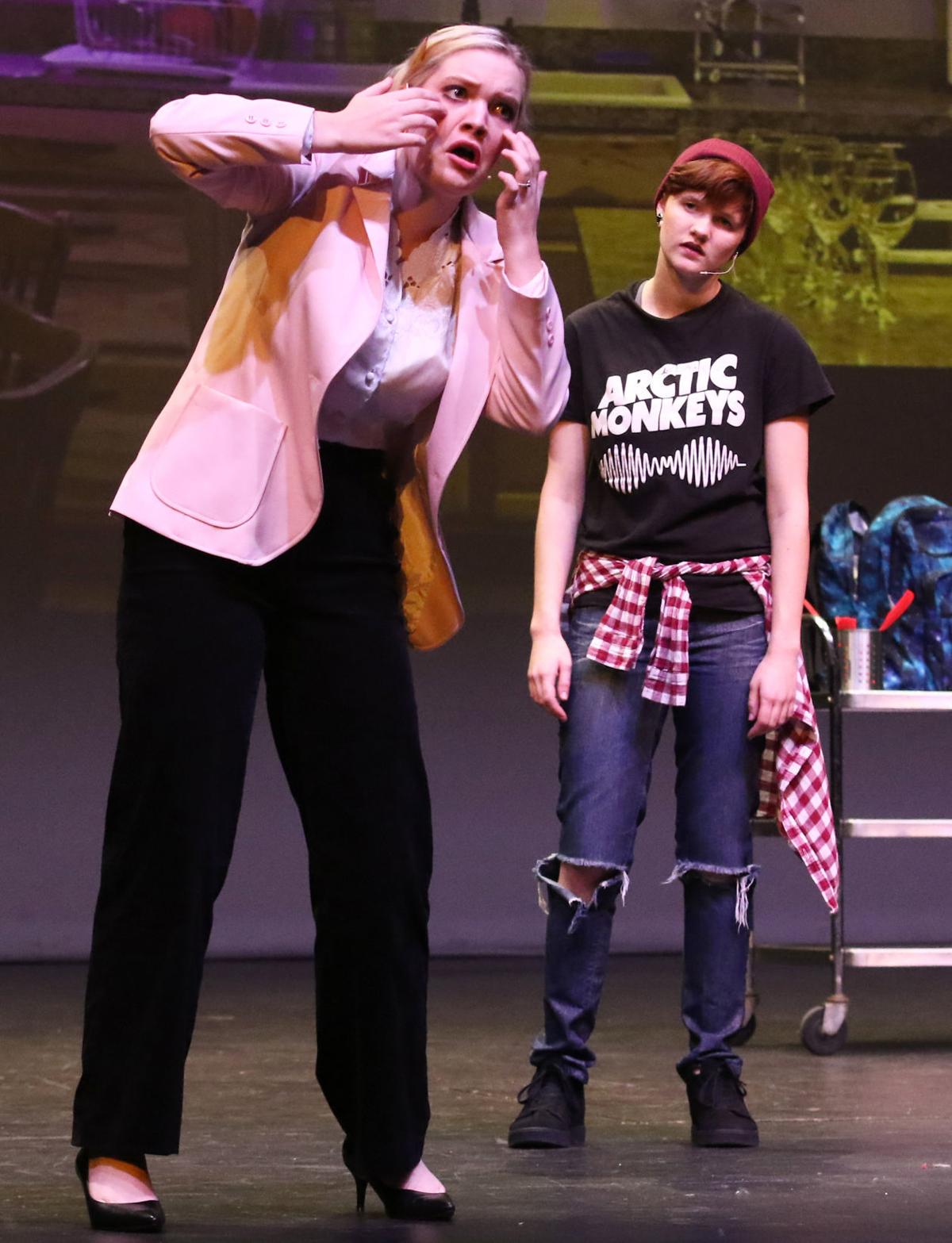 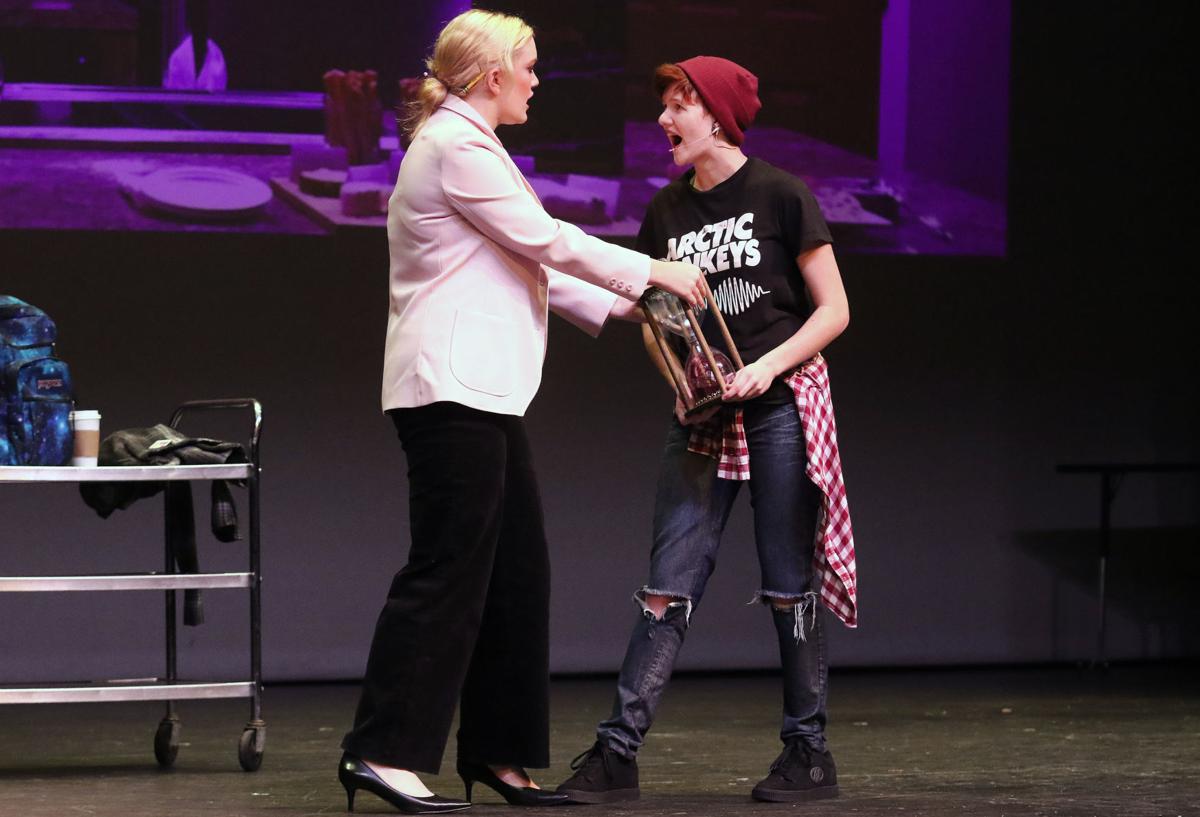 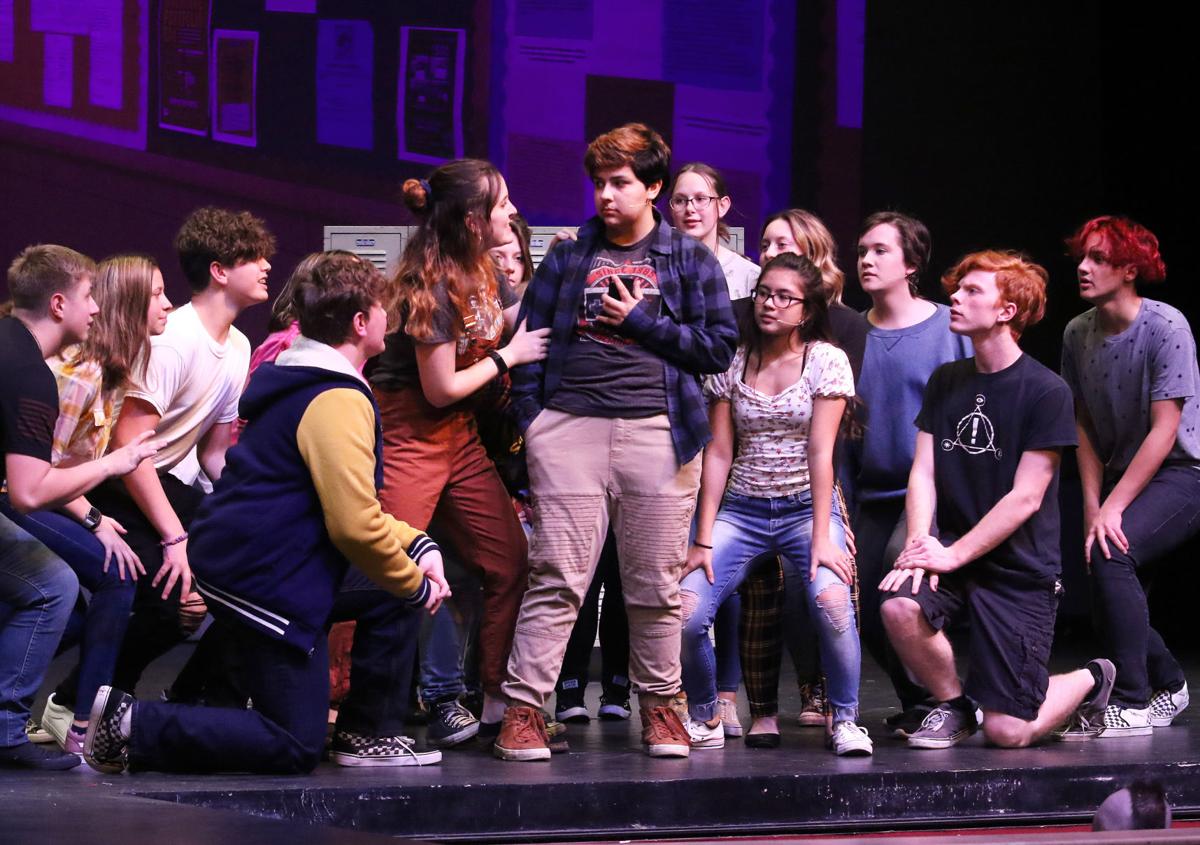 The cast of Roseburg High School’s production of Freaky Friday perform during a rehearsal Tuesday. 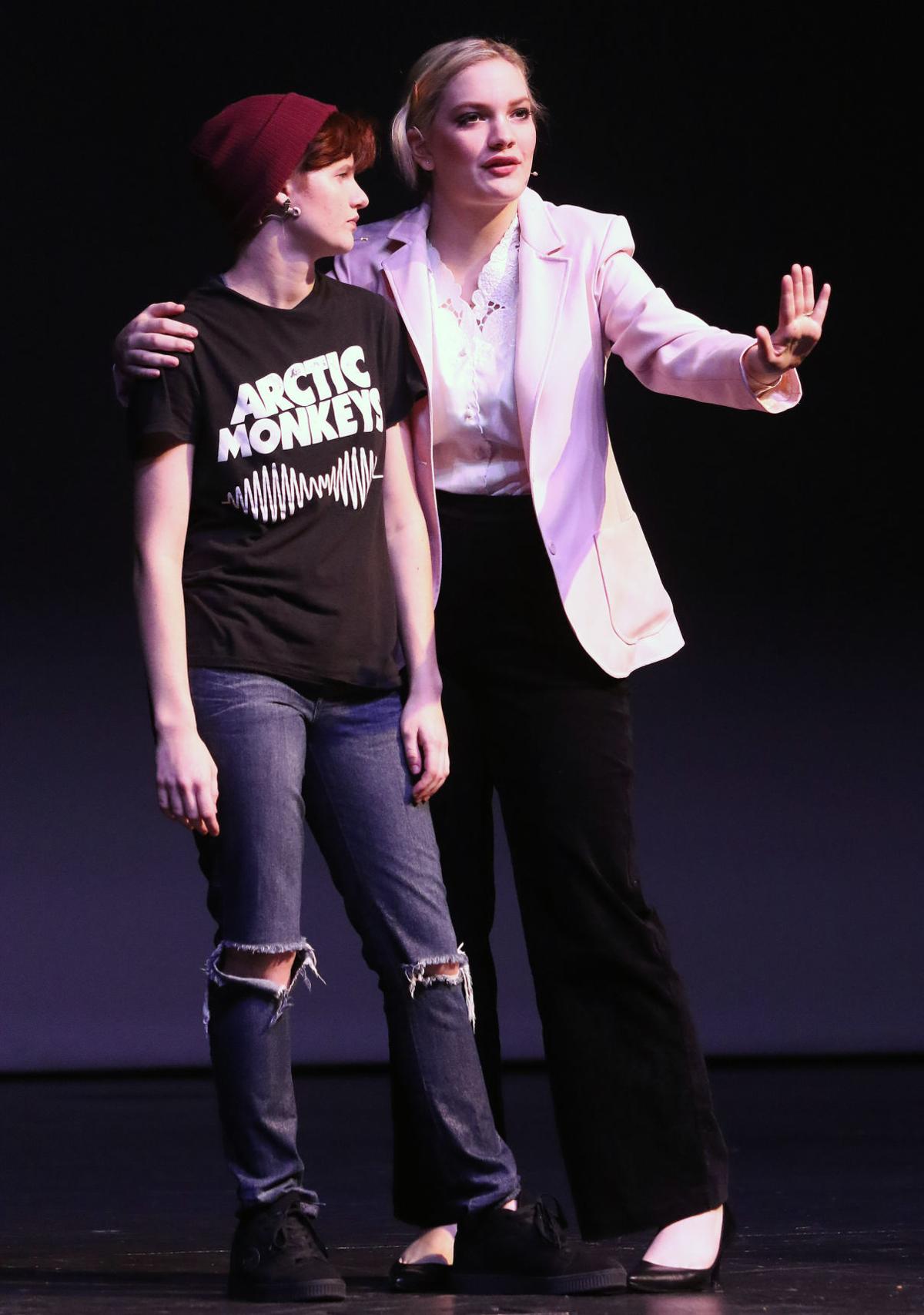 The cast of Roseburg High School’s production of Freaky Friday perform during a rehearsal Tuesday.

Roseburg High School’s Rose Theatre will get a bit magical and freaky Thursday when doors open on this year’s musical “Freaky Friday.”

“Freaky Friday is about a mother and a daughter who get in a big fight and then wish they could live life in a different way for one day,” Alanna Mackintosh said.

Those wishes come true when overworked mother Katherine, played by Cosette Maclean, and Mackintosh’s character Ellie magically swap bodies and spend a day in each other’s shoes. The two have just one freaky Friday to switch back.

Maclean and Mackintosh said both characters are dealing with a lot. Katherine is a small business owner who is also busy planning her wedding — which just happens to be the day after the two switch bodies — and raising Ellie. Ellie is a teenage girl still mourning the death of her father a few years before and distracting herself by getting involved with school activities.

Ellie does not fit the mold Katherine envisions, while Ellie struggles to understand her mother remarrying. Neither character really understands what the other is going through.

“When they switch, they have to live that life and it is almost a realization,” Mackintosh.

Both actresses have worked closely for about two months, working out details together and watching the other as they work. While Mackintosh was cast as Ellie and Maclean as Katherine, both have to take on the opposite character during the switch. In fact, the two spend the majority of the play as the other character.

“We have to match our acting, which that by far for me has been the most difficult,” Mackintosh said. “We play different characters, but we have to align them in order to convey to the audience that we are indeed playing the same characters at different times.”

Mackintosh said she can relate to both characters. Her and Katherine share an eye for organization and detail and she herself is a teenage girl that likes punk rock, just like Ellie.

“This is a very different role than I’ve played before,” Maclean said. “I’ve never had to do a role this big before but I really enjoy playing Katherine because she gets two different sides. I spend the majority of the play as Ellie in her mother’s body, which is a lot of fun.”

The annual musical provides a unique opportunity to Roseburg High School students, as it combines students from drama, band and choir.

“I chose the show because it has a large cast — which we always appreciate here, the musical every year is our big opportunity to get tons of kids involved onstage and off and below stage in the pit — and it’s a really fun, relatable story,” Roseburg High School theatre teacher and director Christina Jamerson said. “But also the music is really contemporary, it’s catchy and the orchestra kids enjoy playing it and our singers enjoy singing it.”

The production opens at 7 p.m. Thursday, with repeat performances Friday and Saturday and Nov. 21-23. Tickets are $10 for adults, $8 for students with ID, $5 kids 12 and under; tickets can be purchased at While Away Books, 932 W. Harvard Ave., Roseburg, and at the Rose Theatre, located on the Roseburg High School campus.

“I think it’s going to be a really fun show. It’s a big group, everything is catchy, there is some good comedy but there is also some really touching moments,” Jamerson said. “I think that if everybody finds something they can either appreciate or relate to, we have done our job.”