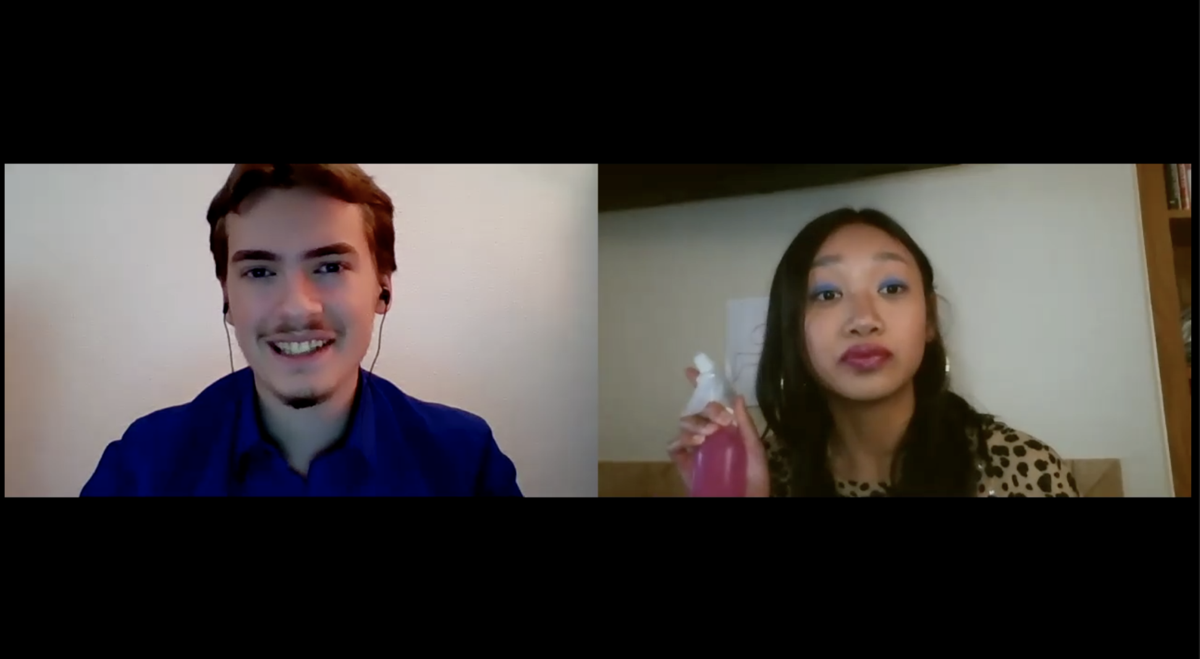 Anthony Gordon as the casting director and Charlize Dela Cruz as auditioning actress Gina Marie in a scene from Roseburg High School’s online production of ‘Bad Auditions on Camera.’ 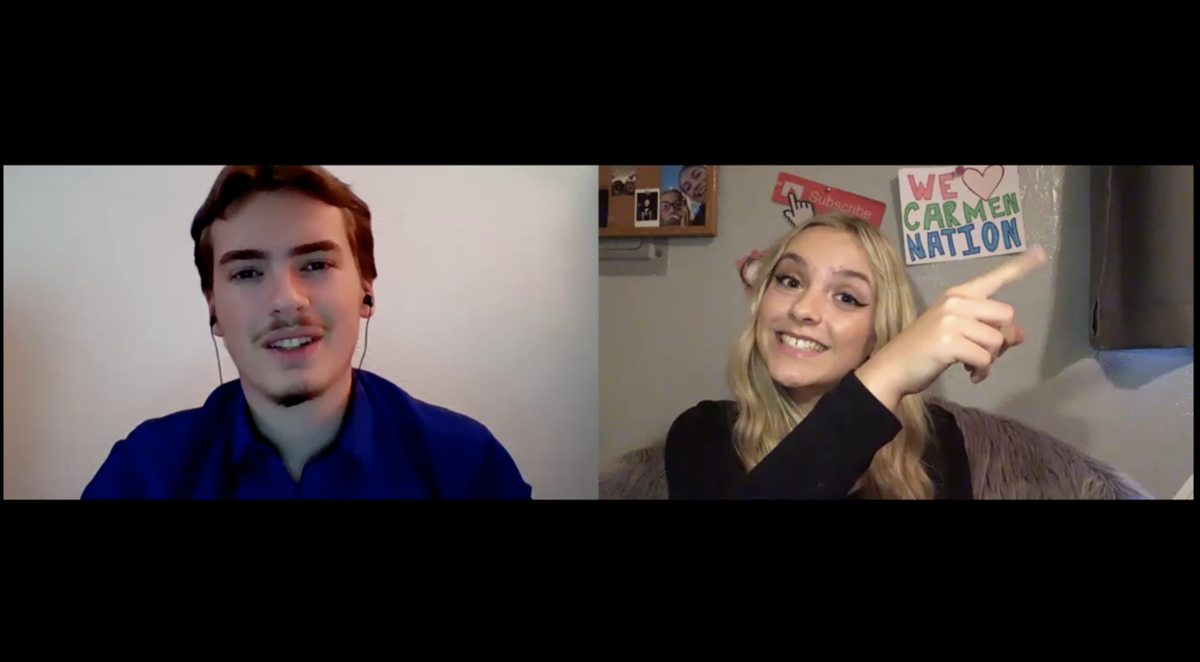 Actress Carmen, played by Emma Kahler, auditions with the casting director, played by Anthony Gordon, in a scene from Roseburg High School’s online production of “Bad Auditions on Camera.” 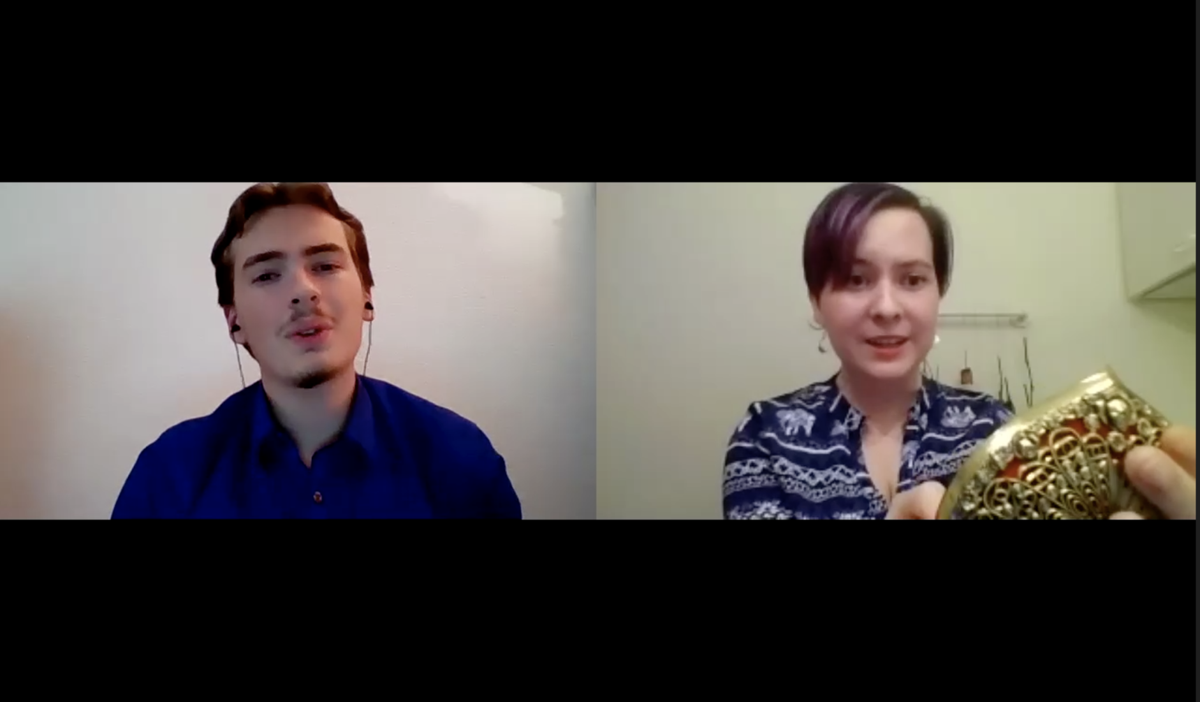 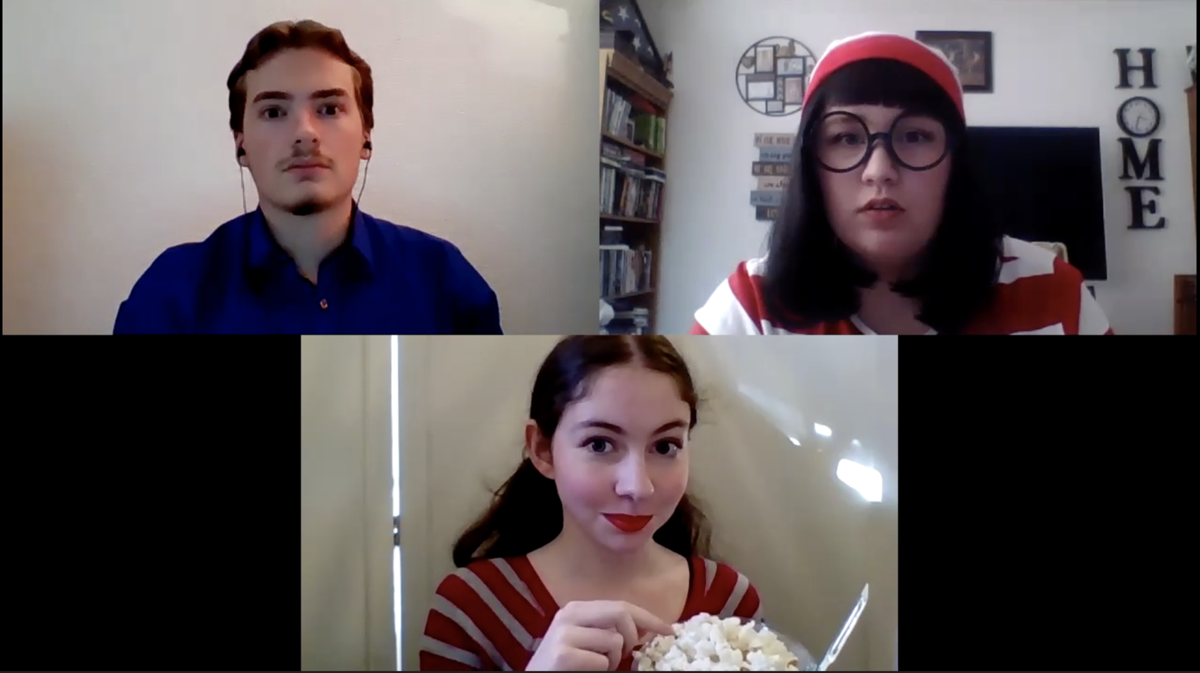 Anthony Gordon as the casting director and Charlize Dela Cruz as auditioning actress Gina Marie in a scene from Roseburg High School’s online production of ‘Bad Auditions on Camera.’

Actress Carmen, played by Emma Kahler, auditions with the casting director, played by Anthony Gordon, in a scene from Roseburg High School’s online production of “Bad Auditions on Camera.”

When it became apparent that 2020 was not going to be a normal school year, Roseburg High School theatre teacher Christina Moroney knew she had to adapt. Thankfully, the theatre community was also in the midst of embracing the same sort of changes, as writers began creating plays or altering their existing pieces to incorporate social distancing and technology.

While scouring these resources, Moroney found a piece based off an existing stage play called “Bad Auditions for Bad Actors,” which was then modified for online productions.

“Bad Auditions on Camera” follows a casting director (Anthony Gordon) and his casting assistant (Ylektra Rodriguez) as they attempt to recast a role for the crime procedural they are in the midst of filming. Unable to leave the site they are filming from, the two use technology like Zoom to conduct last minute interviews.

“The casting director is really stressed out and the assistant is not really great at their job, so they keep finding all of these actors who are just bad, but they are each bad in a different way. They basically all have their own quirk,” Moroney said.

What ensues is about 45 minutes of comedy, as each audition is worse than the last. One can’t stay in frame, another can’t enunciate words properly or says the wrong thing entirely, while another reads directly from a piece of paper that covers half the screen.

“Since this is our first online show, I wanted to choose something that would be fun for the actors and fun for our audience but also not overly difficult to do, so we can use this as sort of a base line, have fun with it, and know where to go from there,” Moroney said.

Senior Anthony Gordon plays the casting director, who Gordon describes as “a stressed man trying to find a replacement for the show so he doesn’t end up getting fired.” This is Gordon’s first time playing a main character, a role he said is a little harder than those he has done before.

“In most plays you get the reactions from the audience to feed off of but you don’t really get that from a zoom call,” Gordon said. “I have learned from this production that just because we are not in person, doesn’t mean we can’t have a fun show.”

Seventeen-year-old Ylektra Rodriguez plays casting assistant Rogene Buckman, a happy-go-lucky woman who loves her job, even if she isn’t the most sensitive person in the world.

“Rogene is a relatively simple character, at least from my point of view. And her best moments are always whatever naturally happens in a take,” Rodriguez said. “In the past I normally think about every little action, I go with a scene but I know exactly what my plan is. With this play, I kept it very improvised and easy-going.”

Both seniors said incorporating technology into their acting was challenging. Gordon said it was convenient in the face of COVID-19, but he missed interacting with the audience. Rodriguez also missed performing before the Rose Theatre audience, but that it was nice to learn things like camera work that she never would have explored otherwise.

Moroney said this production gives the 12 students involved opportunities to learn more than the usual acting skills. They are learning camera work, new technical elements and stage managing, as well as the differences between stage and film acting.

“Bad Auditions on Camera” will streaming on Broadway on Demand at 7 p.m. Friday and Saturday and 2 p.m. Sunday. The play includes 11 different endings, of which the cast has chosen three, giving each night its own unique conclusion.

It is important to note that you must register a free account with Broadway on Demand in order to access the show. Moroney said the process is quick and does not require payment information, but should be done ahead of time as the shows will begin at the exact listed time.

“I hope the audience gets some good laughs out of this production. I feel like a lot of people could use a good laugh right now,” Rodriguez said.

Friday, 8 p.m. — Livestream Q&A with the cast and crew following the Friday night performance! You can post any questions or comments in the chat and the cast/crew will respond in real time. youtu.be/oVxJsArt7ng