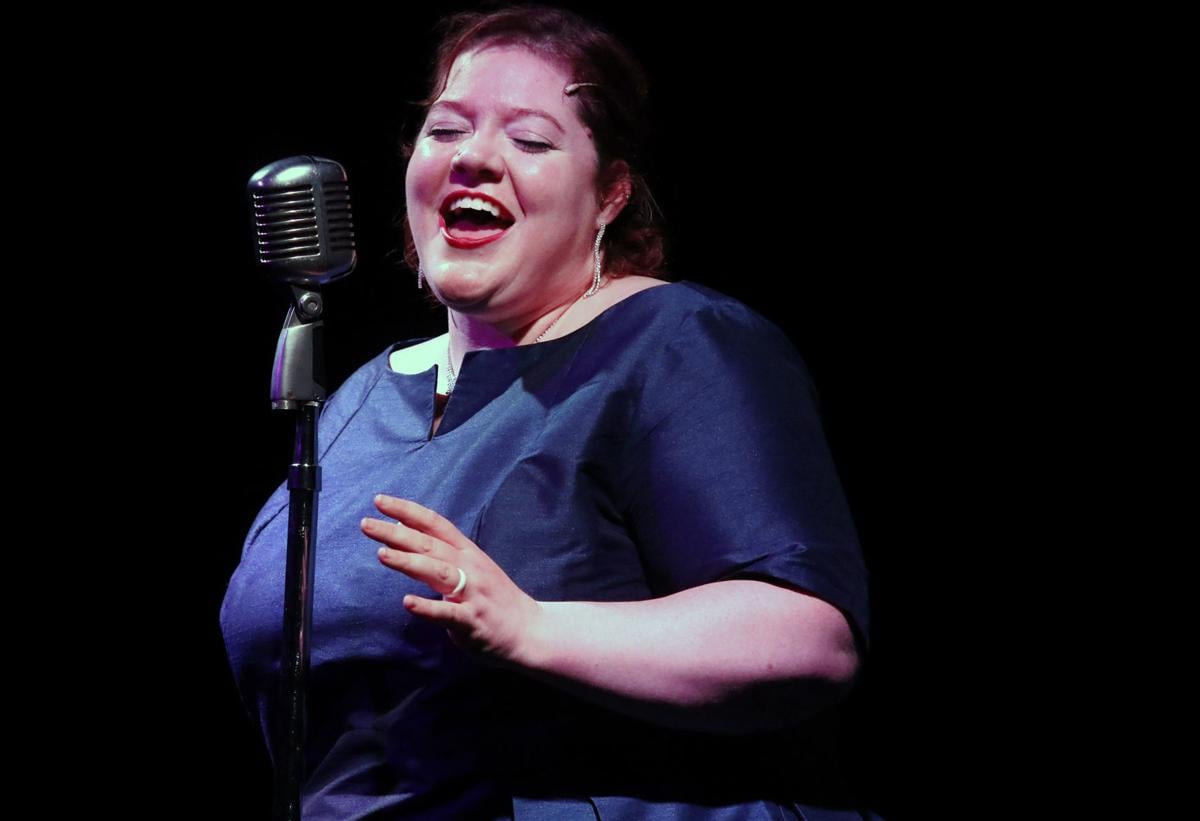 Chitwood performs during a rehearsal for the one woman musical program, ‘The Bright Lights of Broadway,’ Tuesday at the Betty Long Unruh Theatre in Roseburg. 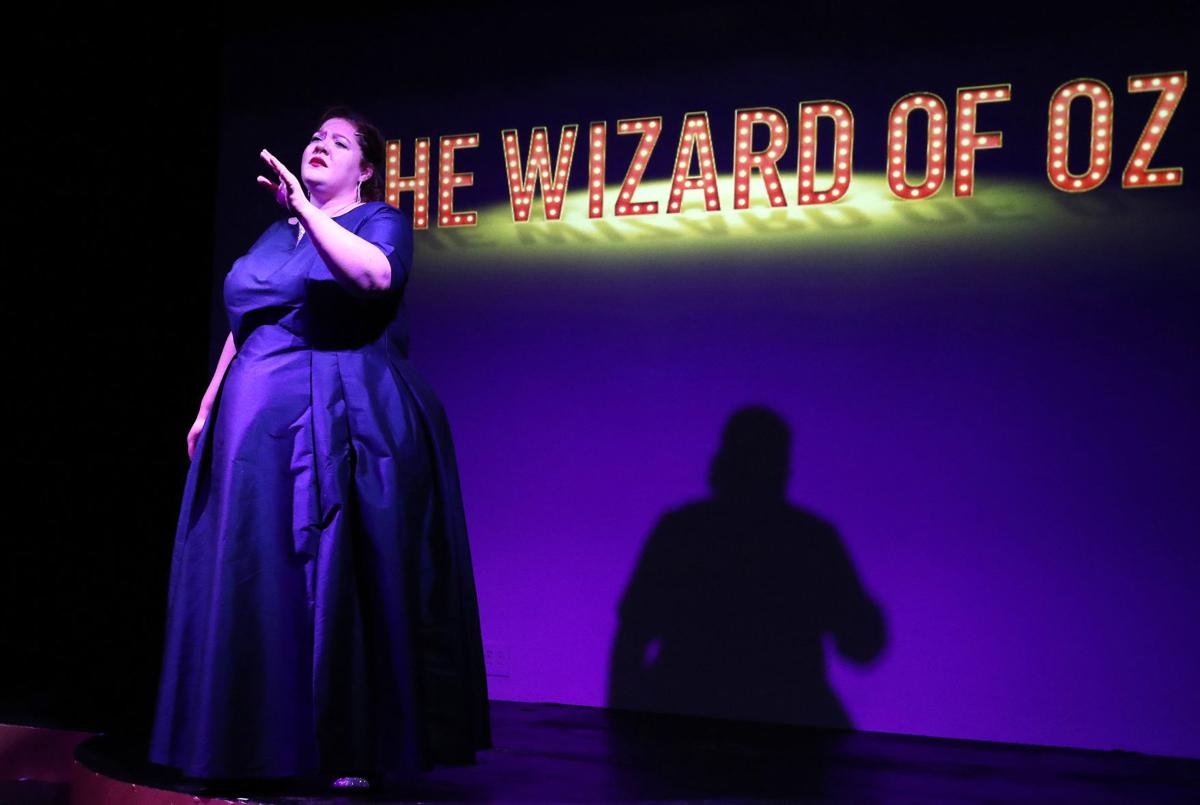 Ashley Chitwood performs during a rehearsal for the one woman musical program, ‘The Bright Lights of Broadway,’ Tuesday at the Betty Long Unruh Theatre in Roseburg. 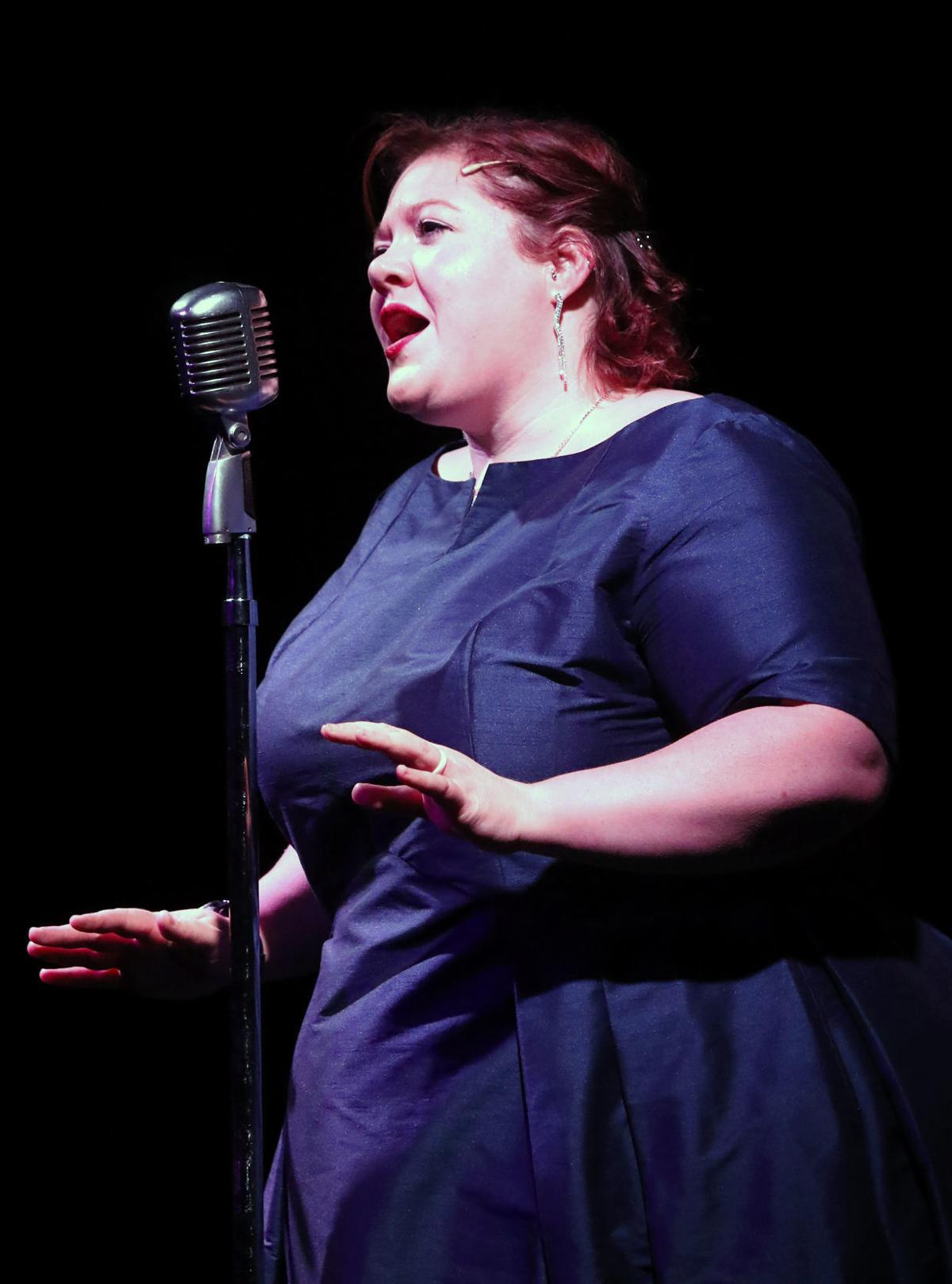 Ashley Chitwood performs during a rehearsal for the one woman musical program, “The Bright Lights of Broadway,” Tuesday at the Betty Long Unruh Theatre in Roseburg.

Chitwood performs during a rehearsal for the one woman musical program, ‘The Bright Lights of Broadway,’ Tuesday at the Betty Long Unruh Theatre in Roseburg.

Ashley Chitwood performs during a rehearsal for the one woman musical program, ‘The Bright Lights of Broadway,’ Tuesday at the Betty Long Unruh Theatre in Roseburg.

Ashley Chitwood performs during a rehearsal for the one woman musical program, “The Bright Lights of Broadway,” Tuesday at the Betty Long Unruh Theatre in Roseburg.

The Betty Long Unruh Theatre will welcome guests back Thursday for a show unlike anything the Umpqua Actors Community Theatre has done before.

Ashley Chitwood, a member of the UACT board since 2017, will shoulder the majority of this responsibility with her one woman show “The Bright Lights of Broadway.” UACT patrons will recognize her from such roles as Mrs. Potts in last summer’s musical “Beauty in the Beast” and the ghost of Christmas past from the 2018 production “Charles Dickens Writes a Christmas Carol.” For this performance, Chitwood will sing her way through decades of Broadway hits.

“This is the first time, at least since I have been around, that we have ever done a one woman show,” Executive Director Melody Schwegel said.

The show will run approximately an hour and a half with two intermissions, breaking the show into three sets of performances. The first set will feature songs from the 50s-70s. After a short break, the second set will highlight hits from the 70s-90s. Following the second recess, the final set will focus on hits from the 90s to today. Schwegel said the show will offer Broadway for every generation.

Chitwood will perform 16 different songs from popular musicals such as “My Fair Lady,” “Cabaret,” “Company,” “Waitress,” “Wicked,” “Into the Woods” and more. But Schwegel said this isn’t a cabaret show.

“It’s exciting and fun. There is a whole new world opening up here,” Chitwood said. “Its something that has a lot of potential. Being able to do something justice and make people make people come back for more is what I am going for. I want to remind them of their favorite shows.”

Chitwood will embody each character as she takes the stage. She will bring characters such as Dorothy Gale from “Wizard of Oz,” Eliza Doolittle of “My Fair Lady” and other iconic female broadway roles to life. She will do this with only her acting skills — no props, costume changes or other actors to play off of.

“You are getting a two to four minute preview of 16 different Broadway shows,” Chitwood said. “Each song is a different style. Each emotion for each song is different and even though I am the same person wearing the same clothes, the voice changes. The emotions change. The body language changes and you are getting 16 little shows in one night.”

Part of the uncertainty over the last few months has revolved around how to incorporate social distancing into the theater. UACT board president Martin Follose says hosting a one person show allows for more patrons to attend each performance.

In order to properly implement social distancing, seats will be assigned for each ticket holder and every other row will be closed. Three seats will be left open between each group. Depending on group size, capacity will be capped at 20-45 people.

Hand sanitizer will be available throughout theatre. Masks, though not required, are strongly encouraged. All staff and volunteers will wear masks and all areas of the theatre will be sanitized before every production. All of UACT’s new safety policies can be found at www.uact-theatre.com/new-safety-policies.

“The Bright Lights of Broadway” opens 7 p.m. Thursday, with repeat performances at 7 p.m. Fridays and Saturdays and 2 p.m. Sundays through June 28.

Tickets are $15 and should be purchased ahead of time due to limited seating. They can be purchased by calling 541-673-2125 or at the box office between 10 a.m. and 2 p.m. Monday through Friday.

Following this production, UACT will host a play reading, where actors take on the role of each character without costumes or props and reads the play. A few musical performances and another reading may follow that, though Follose says a lot of that is up in the air.

“This is all an experiment,” Follose said. “This is a good way to see if we can draw a crowd; if they are willing to come out yet and to keep everyone safe. We need to see what we can get, so we wanted to do something that was cheap for us but it is definitely not a cheap show.”