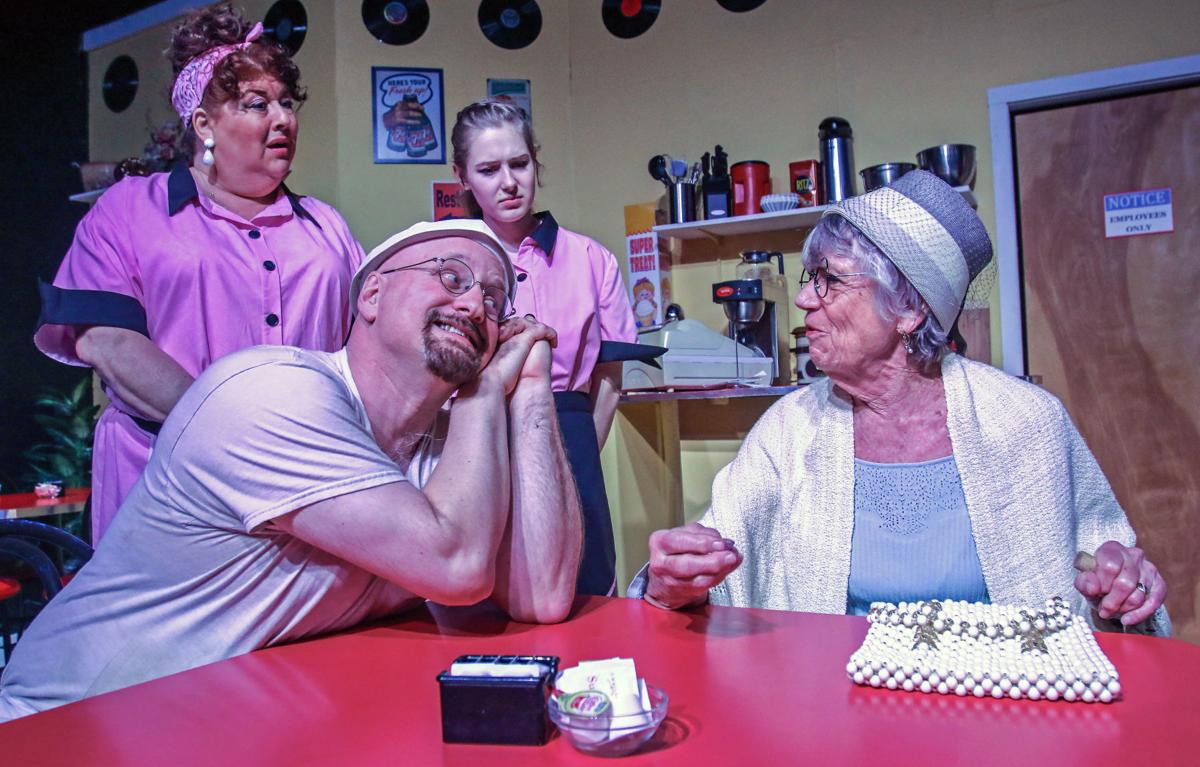 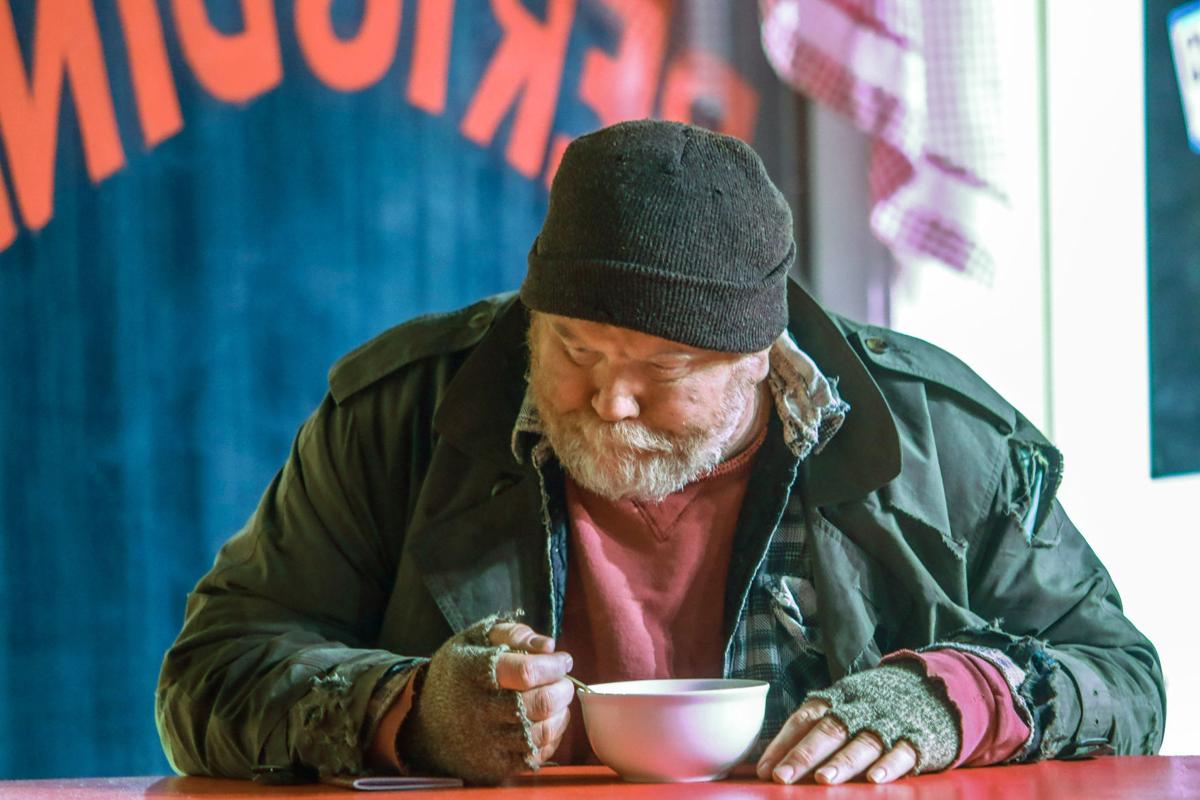 Doug Weaver performs a scene as Tom in from ‘Don’t Eat the Meatloaf,’ set to open Thursday at the Betty Long Unruh Theatre. 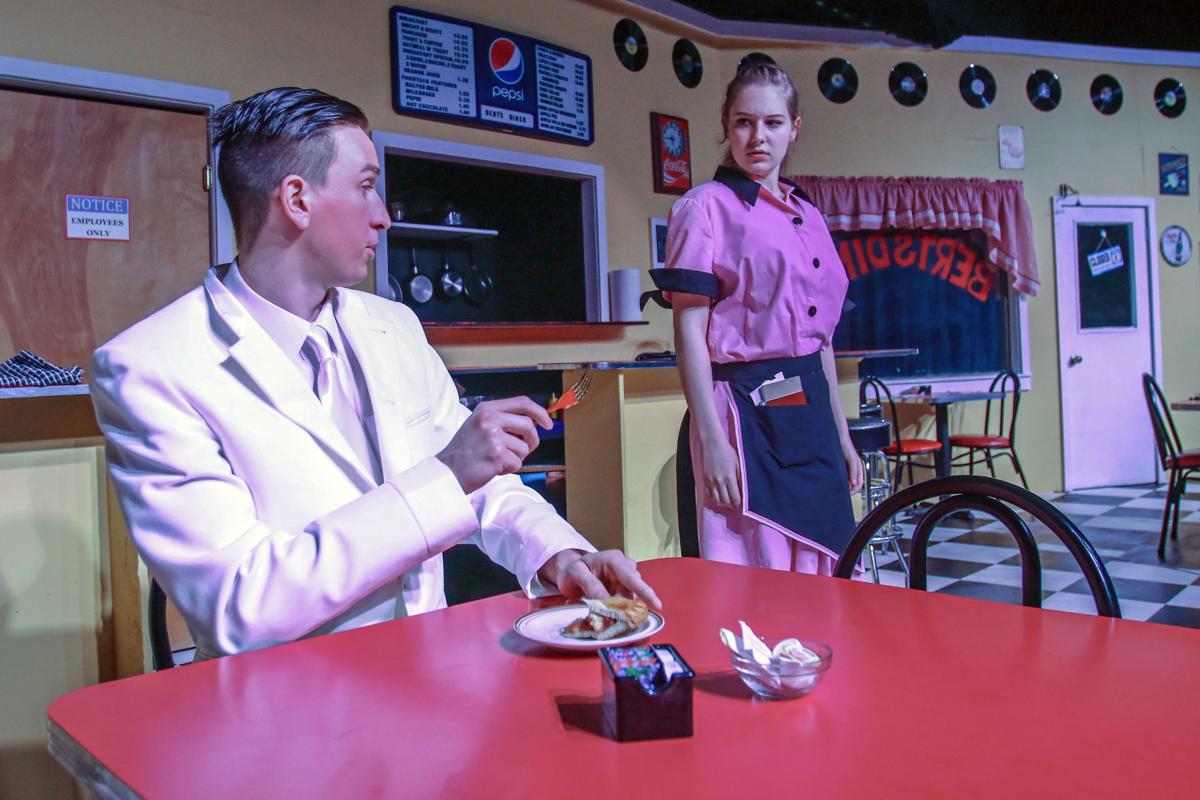 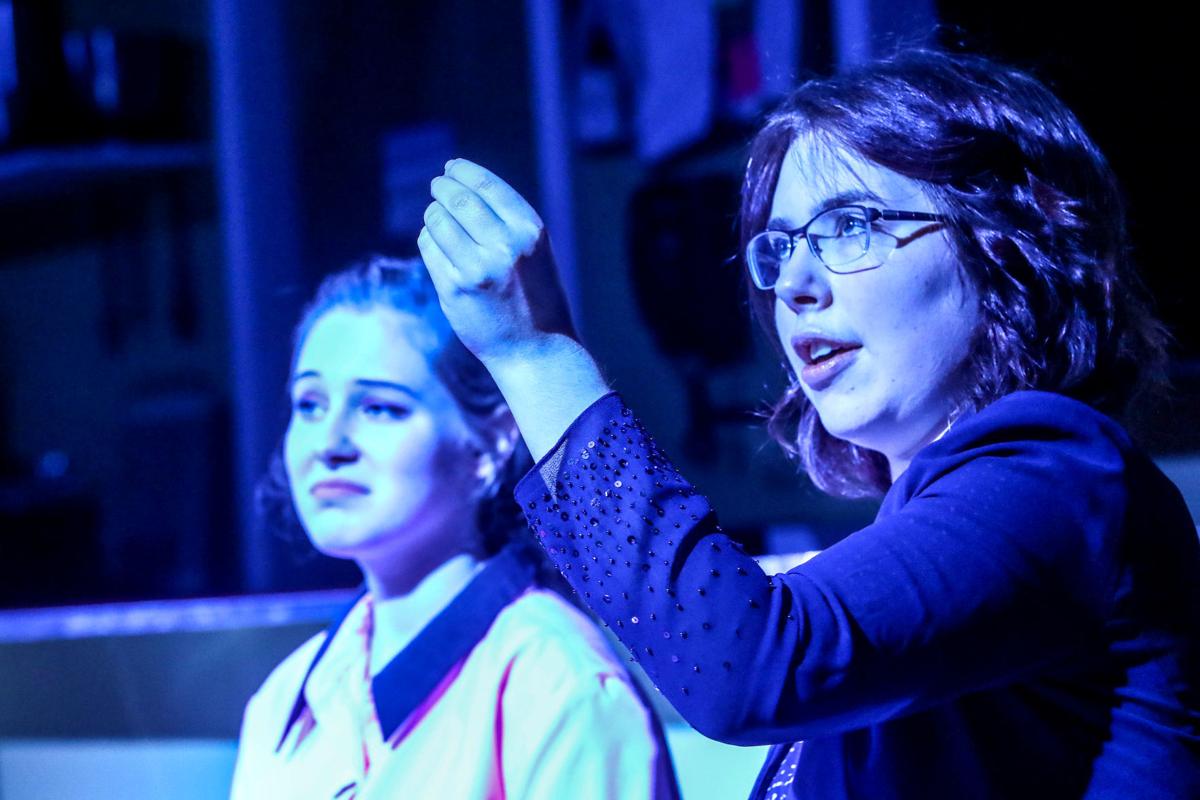 Alexis Parson (Lisa), left, and Samantha Haren in a scene from ‘Don’t Eat The Meatloaf,’ set to open Thursday at the Betty Long Unruh Theatre. 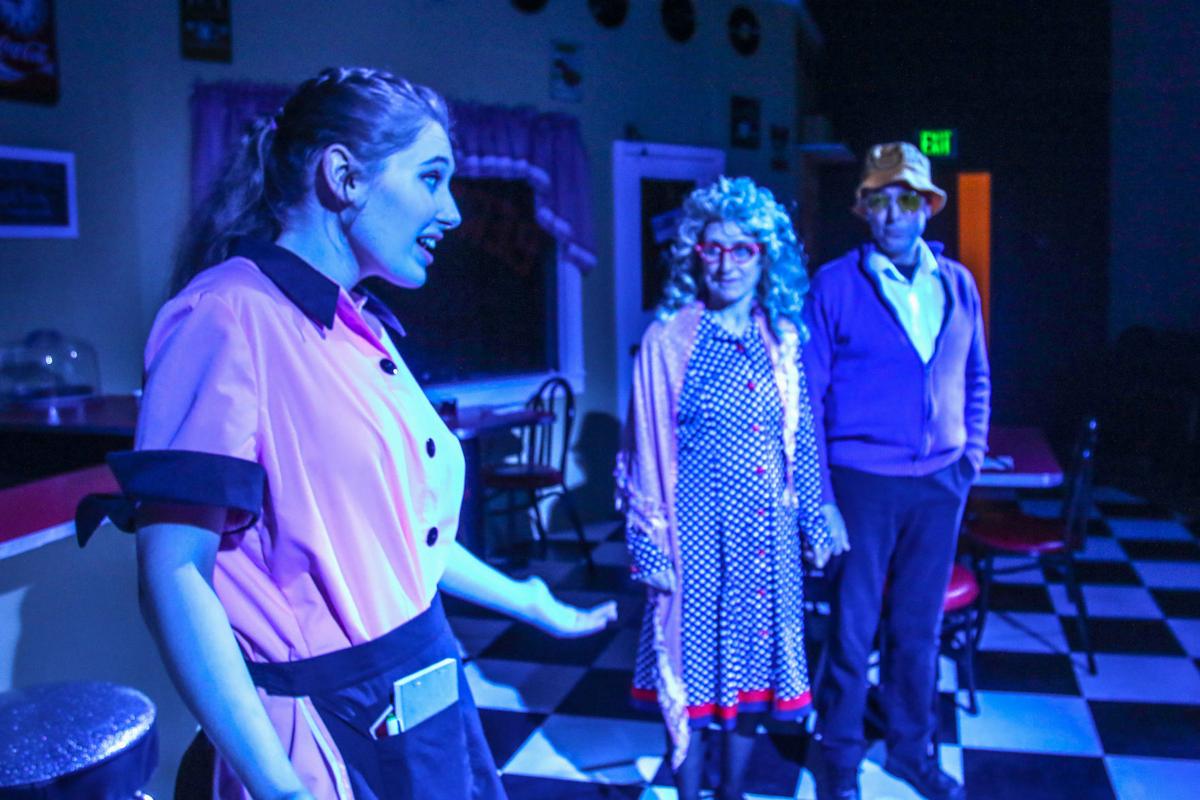 Members of the cast of ‘Don’t Eat The Meatloaf’ perform a scene from the play at the Betty Long Unruh Theatre. From left are Alexis Parson (Lisa), Sonja El-Badra and Russ Cole.

Doug Weaver performs a scene as Tom in from ‘Don’t Eat the Meatloaf,’ set to open Thursday at the Betty Long Unruh Theatre.

Alexis Parson (Lisa), left, and Samantha Haren in a scene from ‘Don’t Eat The Meatloaf,’ set to open Thursday at the Betty Long Unruh Theatre.

Members of the cast of ‘Don’t Eat The Meatloaf’ perform a scene from the play at the Betty Long Unruh Theatre. From left are Alexis Parson (Lisa), Sonja El-Badra and Russ Cole.

When the doors at the Betty Long Unruh Theatre open Thursday for Umpqua Actors Community Theatre’s next production, the cast will attempt to answer the age old question, “What do I want to be when I grow up?”

Written and directed by Martin Follose, the play follows high school senior and waitress Lisa (Alexis Parson) as she tries to figure out what to do with her life. Throughout the play, Lisa will deal with pressure from family, friends and teachers as they push her to make a decision about her future. This decision is made harder as she watches classmates and friends begin building their future, while Lisa herself flounders in uncertainty.

“She is literally tormented by the fact that she doesn’t know what she wants to be,” Follose said. “Lots of events happen. She tries out different jobs in her mind, but none of them seem to be working out. But, as in most people’s lives, there is an event in life that changes your direction and sets you on a path.”

“We get to actually jump into her brain and see what she’s thinking — actually, she gets to discover what she is thinking too — with the Subconscious telling her what she needs to do and helping show her the path of which way she wants to go,” Follose said.

Each character helps Lisa differently. Some offer a listening ear, while others provide advice. One particular character believes in the sink-or-swim approach. When it comes to being the angel or devil on Lisa’s shoulder, her Subconscious is a little of both.

“He definitely pokes and prods a little bit more than your typical idealistic angel probably would. He is more of a push you off the cliff and see what happens when you hit the water sort than the leading you by the hand type,” Whetzel said. “I have some very antagonistic lines.”

This is Whetzel’s fourth production with UACT. He has taken on both lead and secondary roles since returning to the stage, but none quite like this. As Lisa’s Subconscious, he interacts only with her; none of the other characters can see or hear him.

“I am invisible to others; I do not interact with them. I can talk at full volume and nobody will hear me,” Whetzel said. “But if she responds to me, because she is actually talking then other people can interact with her about that. There are a couple points in it where she will have interaction with me that draws a little bit of attention that she probably wasn’t hoping for at the time. It’s honestly been kind of fun to play a character who’s not there.”

“Lisa and I definitely have some similarities. I can say I have definitely struggled with what I want to be when I grow up. I’ve always thought about it, but for the longest time I have struggled to find an answer to that question. In the end, we both sort of figure out the answer to that question,” Parson said. “I feel like Lisa tries to be nice but she is frustrated a lot of the time just because her future is something that is always growing near but she can never really figure out what she wants to do and that haunts her. “

Through several dream sequences, Lisa tries out being a doctor, pilot and receptionist. Each time, she returns to her life at the diner unsatisfied with the occupations she explores. Eventually it’s homeless diner patron Tom who helps set Lisa on her path, even though he never utters a word throughout the entire play.

The production is set, for the most part, in Bert’s Diner. The five main characters are joined by a 14 person ensemble crew that makes up customers, Lisa’s friends and parents and even a cop who Chloe flirts with on a daily basis. UACT will pay close to $30 each production to cover food, such as burgers, fries and pie, which they prepare in a back room they set up as a small kitchen.

In addition, UACT will offer a Dine In Special, which offers a 45 minute early entry to enjoy apple pie or a brownie, a drink — either soda, coffee, cocoa or cider — and reserved seating. The special is $10 for two people or $20 for four. Parties interested in the Dine In Special will still need to purchase regular tickets.

Man found dead after going missing in Roseburg area
Goin' on a Bear Hunt: Bears in the windows create a fun game for kids during a tough time