Free
Get Started
You are the owner of this article.
Edit Article Add New Article
You have permission to edit this article.
Edit
Welcome, Guest
N-R
NEWS
Election 2020
SPORTS
OPINION
LIFE
ENTERTAINMENT
BUSINESS
OBITS
CLASSIFIEDS
1 of 4 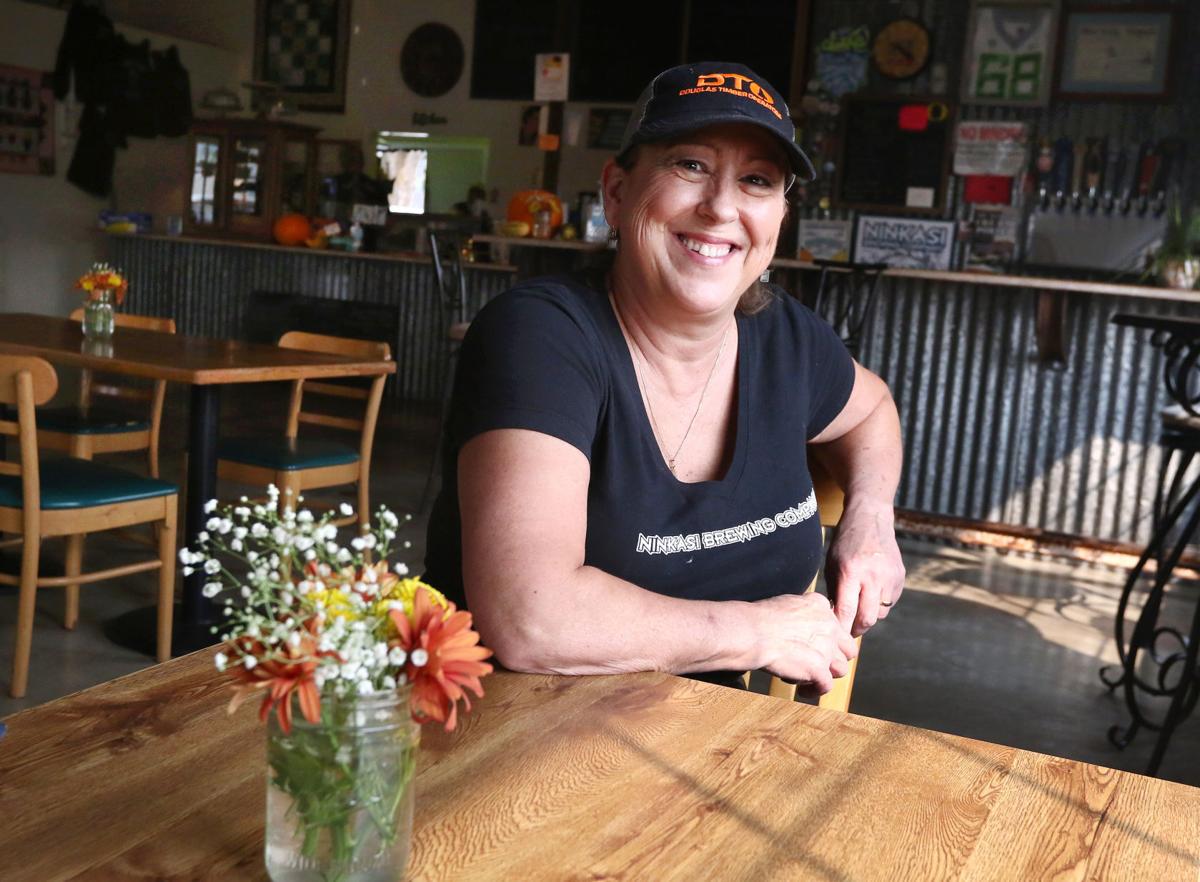 Nellie’s Deli owner Janelle Edelman poses for a photograph in the dining room of the Sutherlin restaurant on Wednesday. 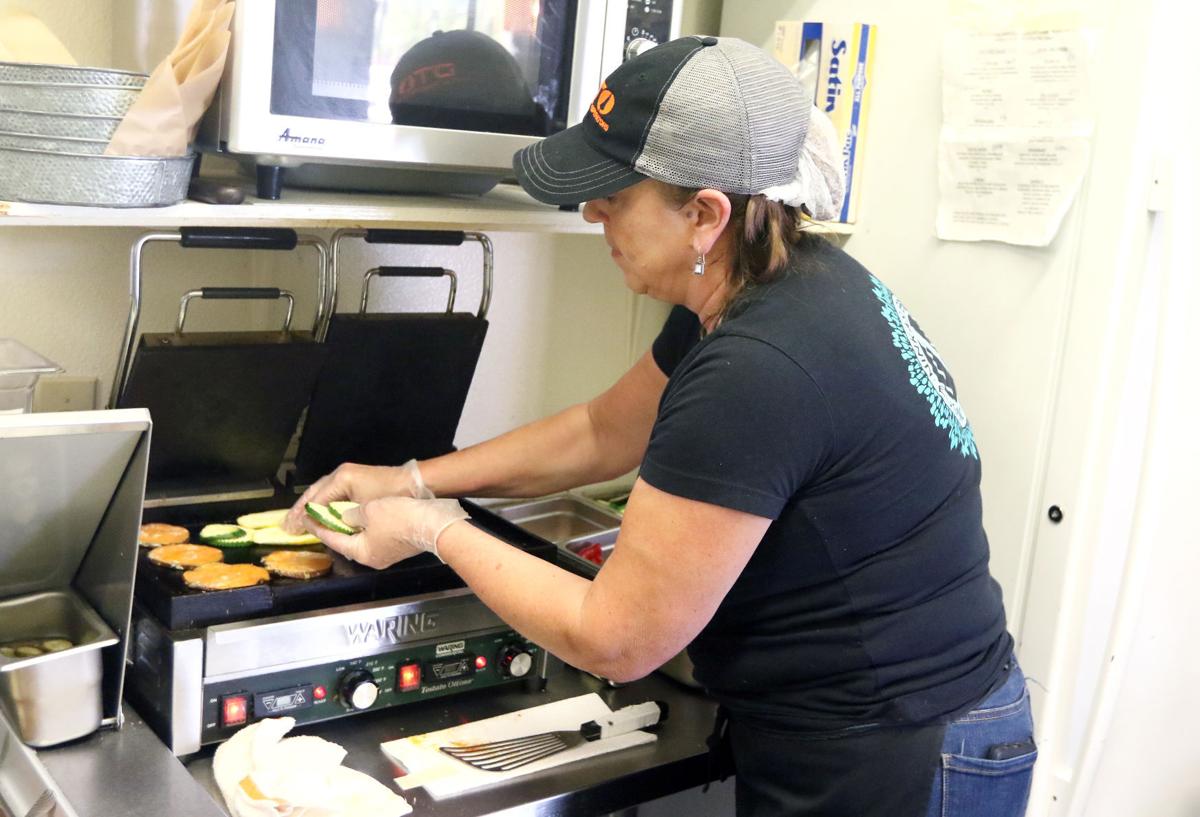 Nellie’s Deli owner Janelle Edelman works in the kitchen at the Sutherlin restaurant on Wednesday. 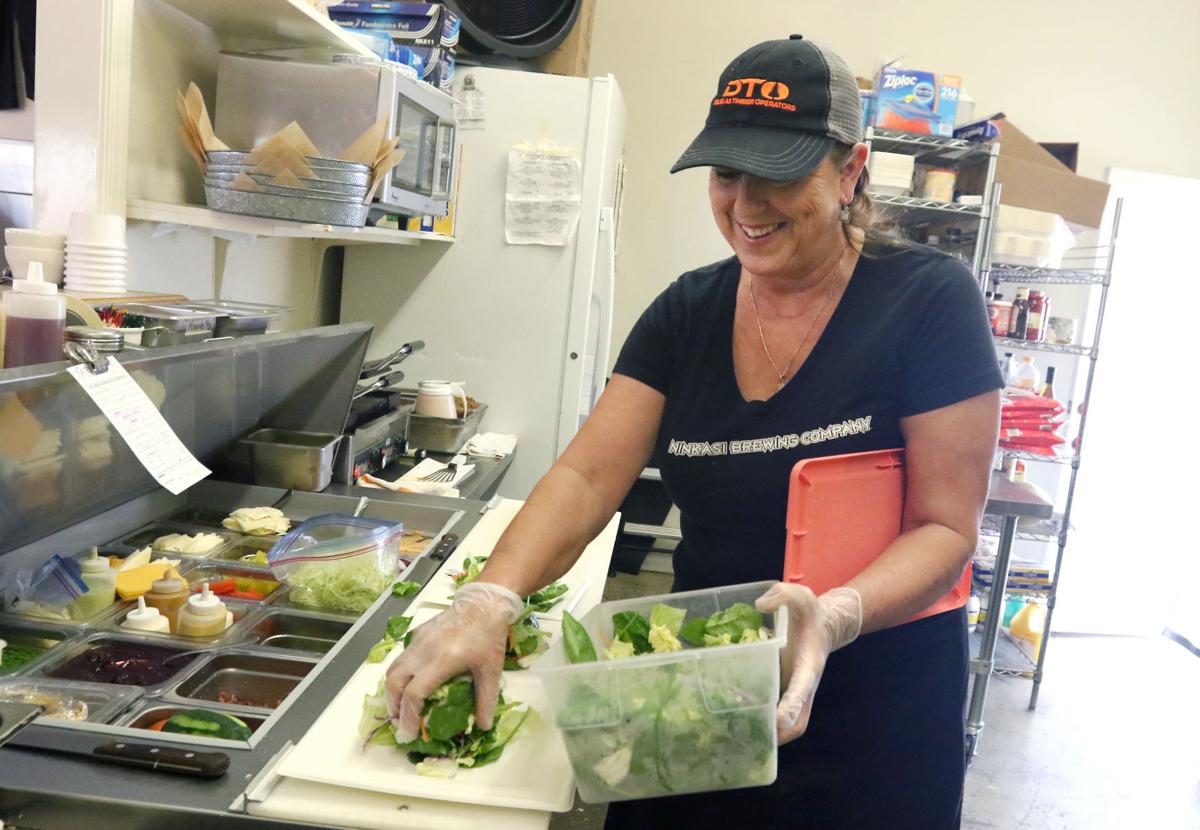 Nellie’s Deli owner Janelle Edelman prepares a trio of salads at the Sutherlin restaurant on Wednesday. 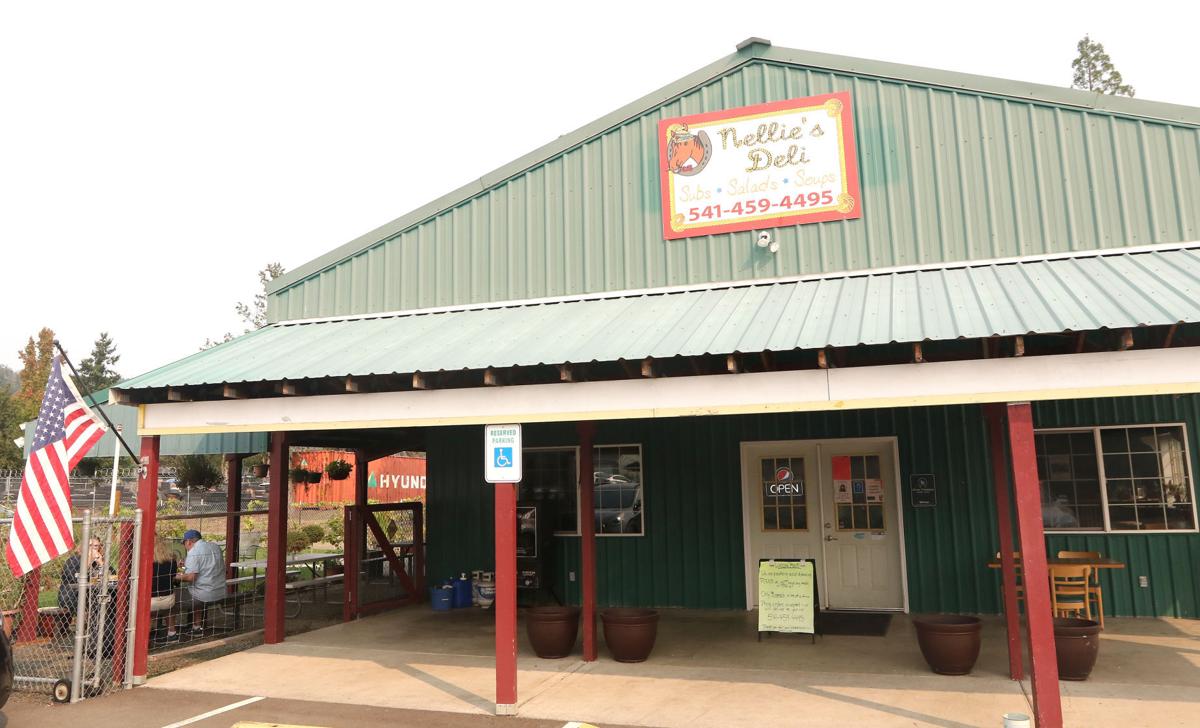 Guests enjoy a meal in the outside seating area at Nellie’s Deli in Sutherlin on Wednesday.

Nellie’s Deli owner Janelle Edelman poses for a photograph in the dining room of the Sutherlin restaurant on Wednesday.

Nellie’s Deli owner Janelle Edelman works in the kitchen at the Sutherlin restaurant on Wednesday.

Nellie’s Deli owner Janelle Edelman prepares a trio of salads at the Sutherlin restaurant on Wednesday.

Guests enjoy a meal in the outside seating area at Nellie’s Deli in Sutherlin on Wednesday.

SUTHERLIN — Janelle “Nellie” Edelman has paid her dues in the food service industry.

Her first job after graduating high school in California in 1981 was as a server and hostess in a steak house and she has never looked back. Subsequent jobs over the last four decades include working for years in the deli of a grocery store, two stints as a chef at the former Tolly’s restaurant in Oakland, a job as a pastry chef in a winery, mentorships under two renowned chefs and ownership from the ground up of a small converted coffee shack/sandwich shop in Sutherlin.

All that has brought her here — owner/chef/manager/interior designer and all-around You Name It at her popular Nellie’s Deli & Tap House in Sutherlin.

“It’s really rewarding to have my own place,” Edelman said of the restaurant, which opened at 667 E. Central Ave. in the spring of 2018. “A lot of my friends and family said they could see me go in this direction. They said ‘if anybody’s going to do it, it’s going to be you.’”

Nellie’s calls itself a deli but that does not do it justice. The extensive menu is varied and creative. It features a mix of more traditional items — baby back ribs, rotisserie chicken, clam chowder — and less traditional ones, such as Portobello mushrooms stuffed with crab meat and parmesan cheese, smoke ahi tacos, beet and goat cheese salad, sausage azore soup and chocolate kahlua cupcakes..

Nellie’s grilled cheese sandwiches were recently named best in town in a competition sponsored by UCAN. In that fundraising event, called the Cheese and Thank You Grilled Cheese competition, Nellie’s also sold more sandwiches than any other business.

Everything is made on-site and from scratch, Edelman said.

“I’m a 5-star restaurant on Yelp, and those are few and far between,” she said.

Edelman and her family moved to Sutherlin in 2007 from Paso Robles, on the central coast of California. She and her husband, Dave, Looked up and down Oregon for just the right place. They found it in the 12.5 acre spread on the Calapooya Creek. Dave, a retired contractor, built their house.

In Oregon, Edelman took a few jobs in the food service industry, including chef at the former Tolly’s, but she wanted her own restaurant.

She settled on a vacant, former coffee kiosk near the Yummy Chinese Restaurant in Sutherlin. Edelman had looked at kiosk back in 2008 but the owner was asking $65,000, which she thought was too much. She bought in 2014 for $15,000, and Nellie’s Deli was born.

Edelman got rid of the coffee machine and focused on sandwiches. Business was slow at first.

“For the first eight months we kind of just sat there,” she said. “I did have a following from Tolly’s, but it took a while for people to catch on.”

Edelman said as a sandwich shop she figured her main competition was Subway. “I needed a gimmick to bring people in,” she said.

She found that “gimmick” in the form of house-made baked goods, including hamburger buns. She also started a modest advertising campaign, posting fliers and touting the sandwich shop wherever and whenever she could

“I just did a lot of pounding the pavement,” Edelman said. “I did everything on a shoestring.”

Over time, the tiny sandwich shop grew a following. A few years into it Edelman decided to move to a bigger space. She found it once again in the form of a vacant building, a steel structure built in 1996 that had housed a nursery.

Dave used his building skills to remodel the place, installing a new kitchen, bathrooms, benches and a bar, among other things. Nellie’s Deli & Tap House opened in April 2018.

That same year Edelman brought her son, Terrence Stone, on board. He is also a veteran chef and culinary school graduate. Edelman and Stone split shifts at the restaurant; she typically focuses on the morning and early afternoon while he takes over for the evening crowd and shuts everything down.

Mother and son both work about 60 hours a week, Edelman said, and Dave puts in his own hours working the tap and waiting on customers needed.

The restaurant has 12 employees, which Edelman said she finds to be “rewarding.”

Nellie’s is also known for its contributions to the community. Edelman said she has a soft spot for libraries and schools, especially Oakland and Sutherlin high schools. The restaurant donates funds and items, including many cakes, to the schools. A number of cakes have also found their way to Saving Grace Pet Adoption Center for various fundraisers there.

Edelman said after six years of running her own businesses, one of the biggest challenges remains finding good help.

“It is really hard to find quality, hardworking help,” she said.

Part of the problem is that “society makes it too easy these days,” Edelman said. As an example she points to three employees she lost after they decided not to come back to work after getting their hefty unemployment checks that the federal government supplemented due to COVID-19.

Whatever success she has had can be attributed in large part to the training she got in preparation for owning a restaurant, Edelman said — training that even preceded her first job waitressing out of high school.

Training she got as a girl scout.

“I became a first-class girl scout,” Edelman said. “We know how to reuse stuff, we have very little loss.”

Sherm's going back to 24 hours