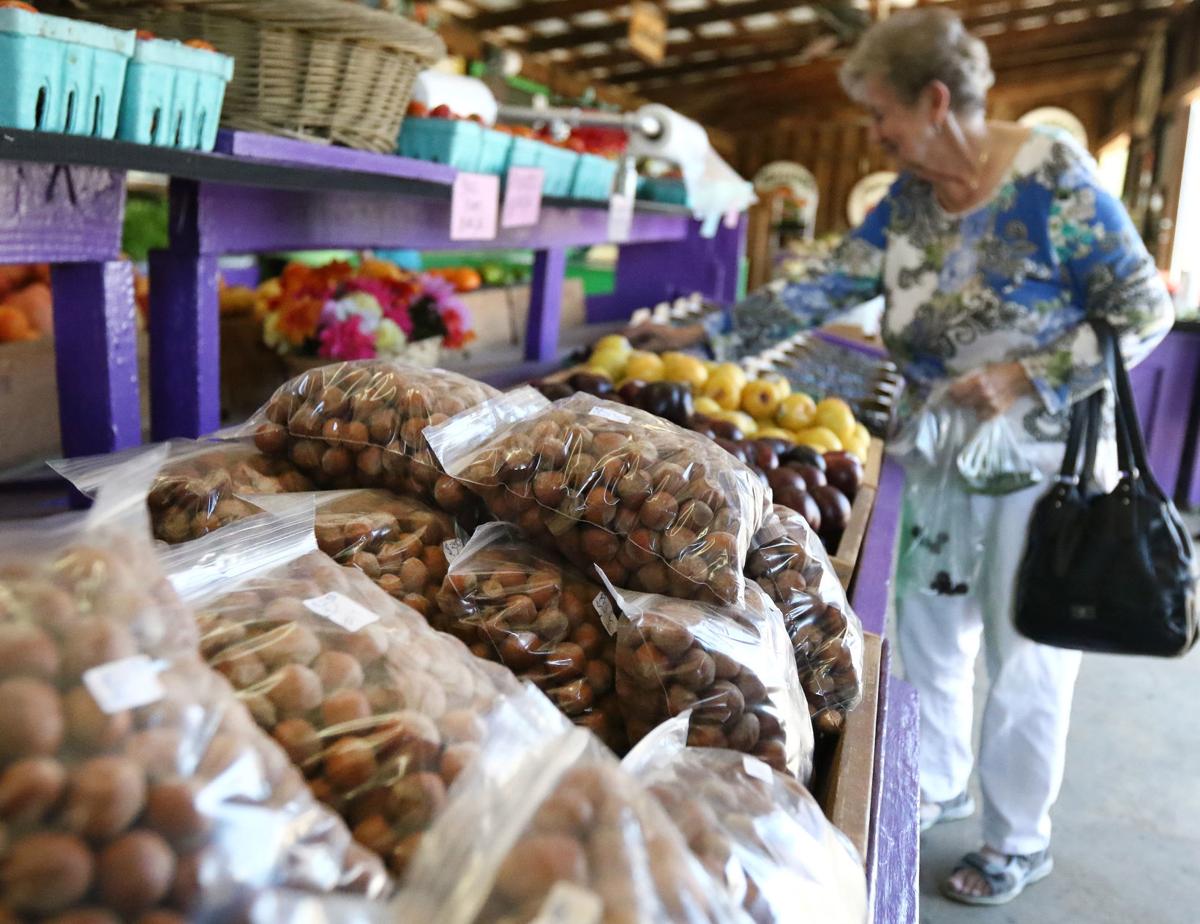 Hazlenuts for sale at Brosi Farm in Winston on Friday. 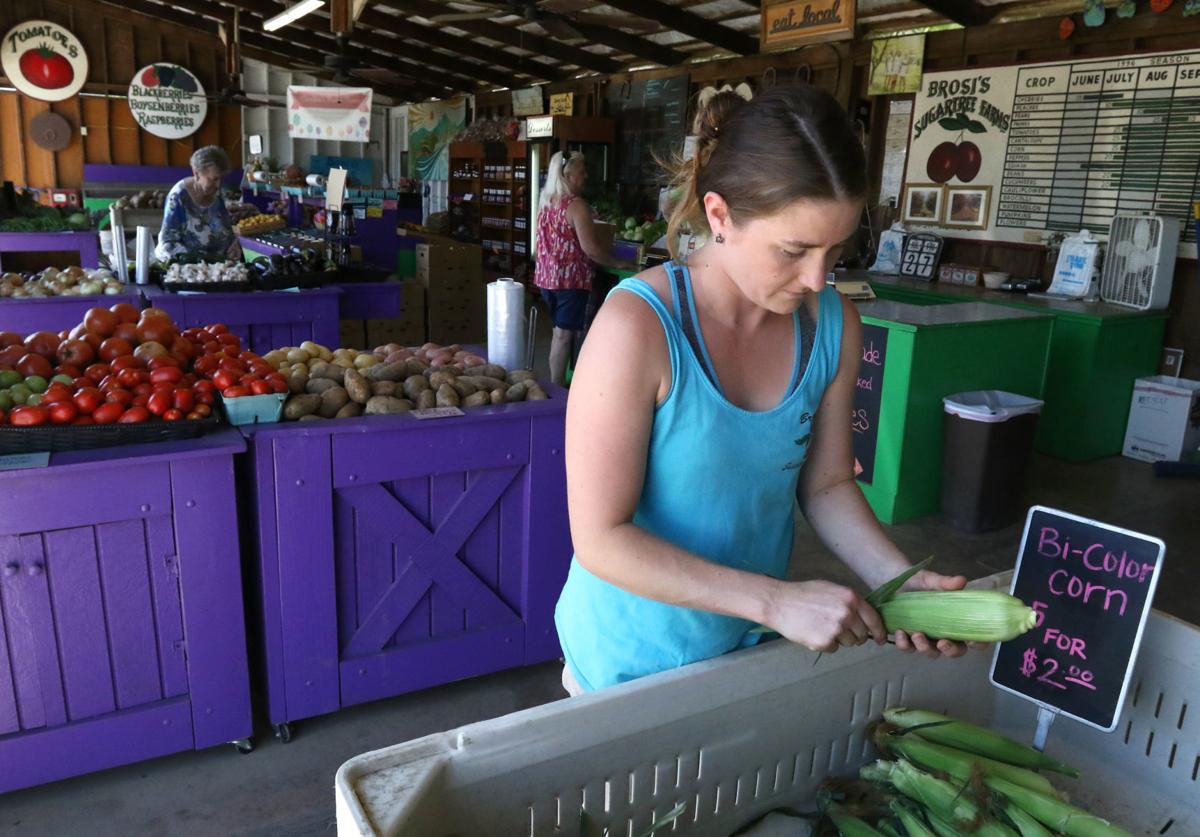 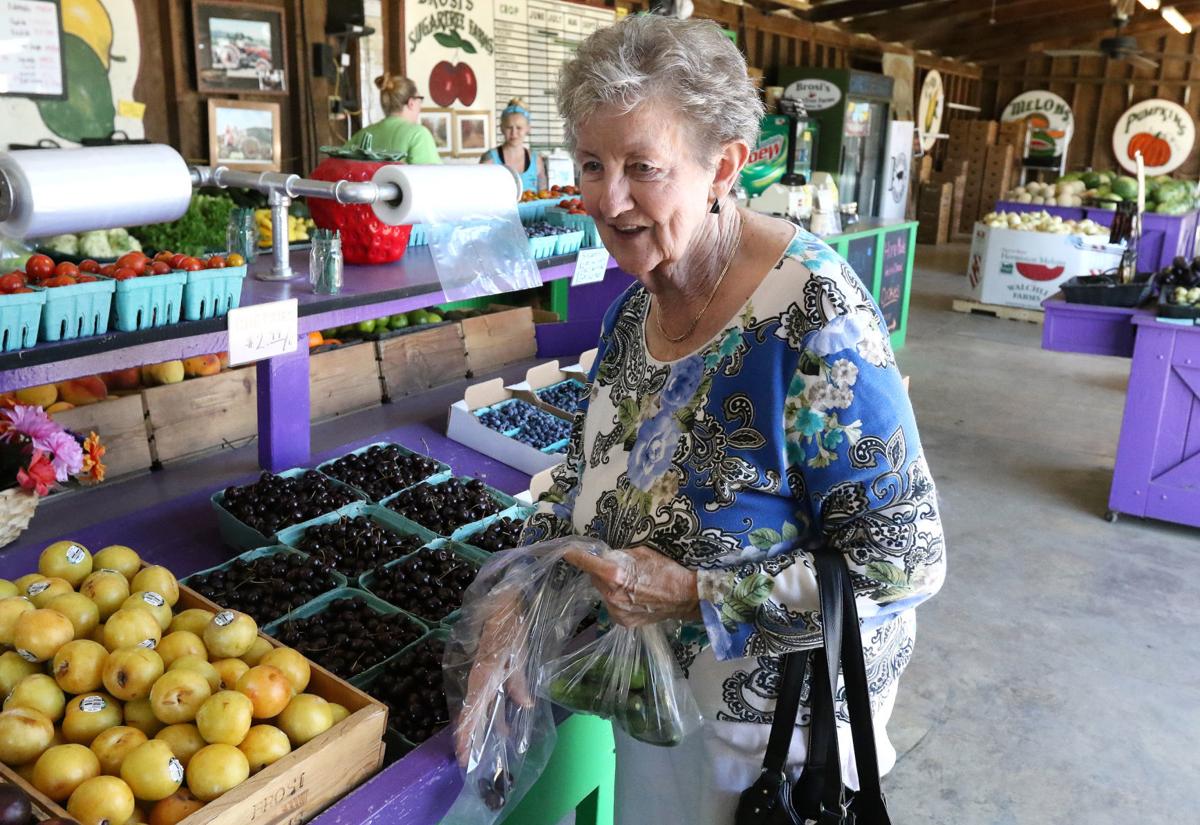 Pauline Fackrell of Winston shops at Brossi Farm in Winston on Friday.

Hazlenuts for sale at Brosi Farm in Winston on Friday.

Pauline Fackrell of Winston shops at Brossi Farm in Winston on Friday.

In April, it was announced China would be placing tariffs on several U.S. agricultural products in response to the U.S. tariffs on Chinese machinery and other goods. While Douglas County is home to many producers of agricultural goods, it’s unlikely the tariffs will affect the majority of local growers in the area.

Evan Kruse, president of the Douglas County Farm Bureau, said most of the goods produced in the county never make their way to the international market and are mostly sold locally or within the state.

However, one of the few crops in Douglas County that does make its way to international markets are hazelnuts.

Larry George, president of George Packing Company, who’s responsible for exporting many of the hazelnuts grown in the county, said growers could be in for a rough year.

A 15 percent tariff increase on U.S. in-shell hazelnuts could decrease the volume of U.S. hazelnuts reaching China by as much as 80 percent, George said. This could cause Oregon hazelnut prices to go down in the U.S., which could be great for local consumers, but troublesome for farmers who might be forced to sell the excess hazelnuts for less.

Roughly half of Oregon hazelnuts make their way to China. For years there’s been a 25 percent tariff on in-shell U.S. hazelnuts being sold in China as well as a 14.5 percent value-added tax. This has made it hard to compete with countries like Chile who’s hazelnuts face no tariff in China, said Polly Owen, director of the Hazelnut Industry Office in Oregon.

To get around these tariffs in the past, the U.S. hazelnut industry has been shipping its crop to third-party ports before sending them to China, Owen said. The hazelnuts are shipped to places like Hong Kong and Vietnam before making their way to the Chinese market. This process is known as transhipping and while the duty is avoided, the extra stop adds costs that make the process more complicated than just shipping to China directly.

Owen and George see the U.S. tariff as a way to get China to remove their tariffs on U.S. hazelnuts. Despite the additional 15 percent tariff potentially hurting Oregon hazelnut growers in the short term, they are hopeful that this trade conflict will soon end and help improve things for both China and the U.S. in the long run.

“We’re trying to get the hazelnut voice heard through all of this,” Owen said. “While we may experience a problem for this season, or a couple of seasons, we are hopeful as an industry that a long-term agreement can be reached that will be beneficial not just to our growers, but also to the people of China who would like to have our hazelnuts.”

“2018 is going to be a very difficult season for everyone in hazelnuts,” George said. “It’s short-term pain for long-term gain.”

On Tuesday, a $12 billion aid program was announced by the Trump administration to help alleviate farmers affected by the recent string of Chinese tariffs on U.S agricultural goods. It is uncertain if this program will be made available to Oregon hazelnut growers at this time.

With hazelnut harvest season approaching, Oregon growers could soon feel the effects of these tariffs. This year’s harvest is expected to be bigger than ever as the acreage of hazelnut trees in the state has more than doubled over the past 10 years, Owen said.

While trade negotiations will take time to play out, the price for hazelnuts this year will soon be set by the industry as the hazelnuts are harvested between late September and October. It won’t be until then that Oregon hazelnut growers will know how the tariffs will affect their bottom line. Kruse said that it will take some time for any growers to feel the affects of the tariffs, if the tariffs even last that long.

Owens said all of the uncertainty might blow over if growers are able to take advantage of the aid program, or if the tariffs themselves dissolve before trouble occurs. Growers could also luck out of the increased production of hazelnuts find their way into other markets to meet the demand of manufactures, but only time will tell, Owen said.

As for the rest of Douglas County farmers, they should have nothing to worry about.

“This tariff situation, while it is certainly a hurdle, it’s one of many we’ve had throughout the years,” Owen said. “So the industry will gather together and get through it.”

Eric Schucht is a general assignment reporter for The News-Review. He can be reached at 541-957-4217 or eschucht@nrtoday.com. Or follow him on Twitter

Eric Schucht is the Charles Snowden intern at The News-Review. He recently graduated from the University of Oregon.

I, for one, would be ecstatic if hazelnut prices went down - they're cost prohibitive for most people now.