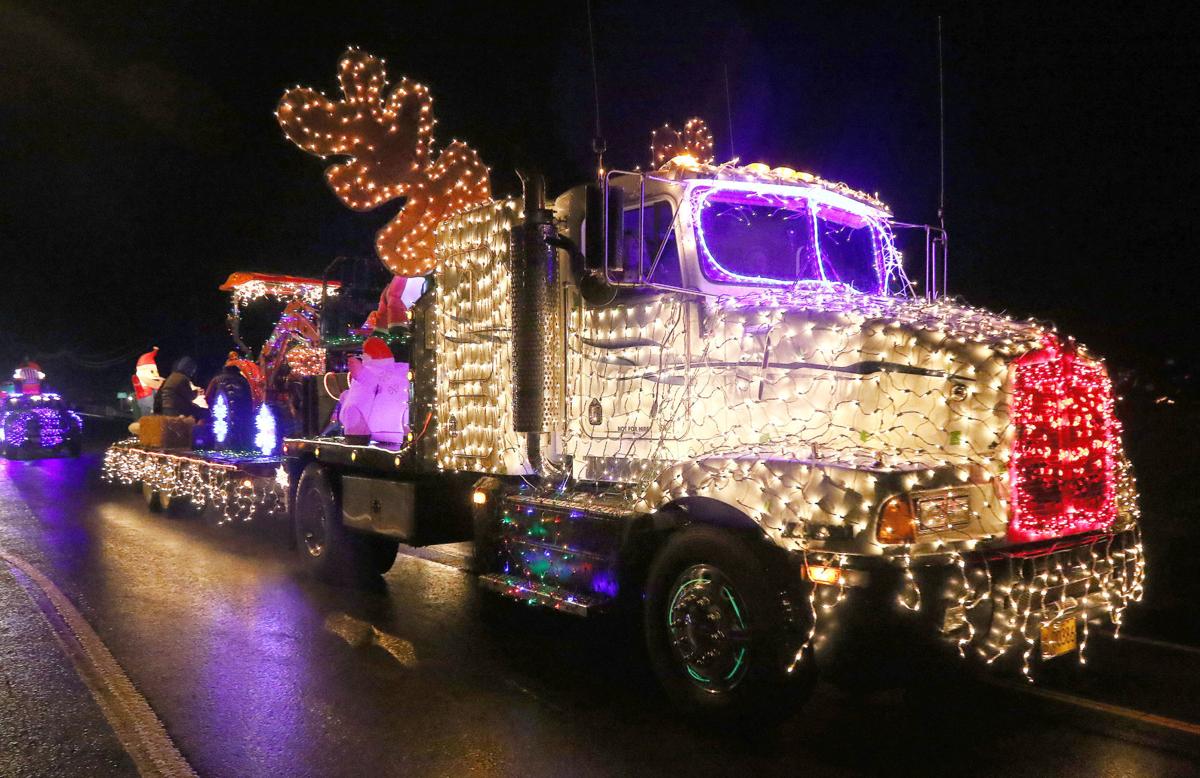 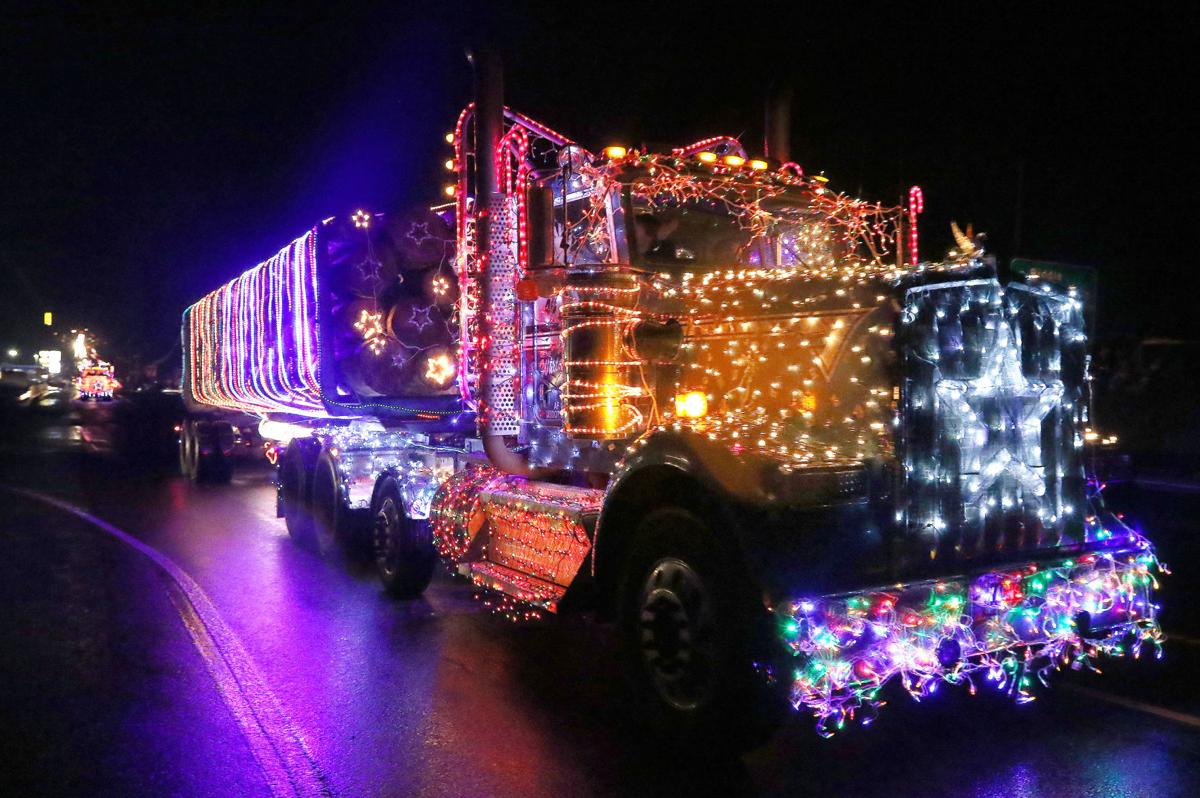 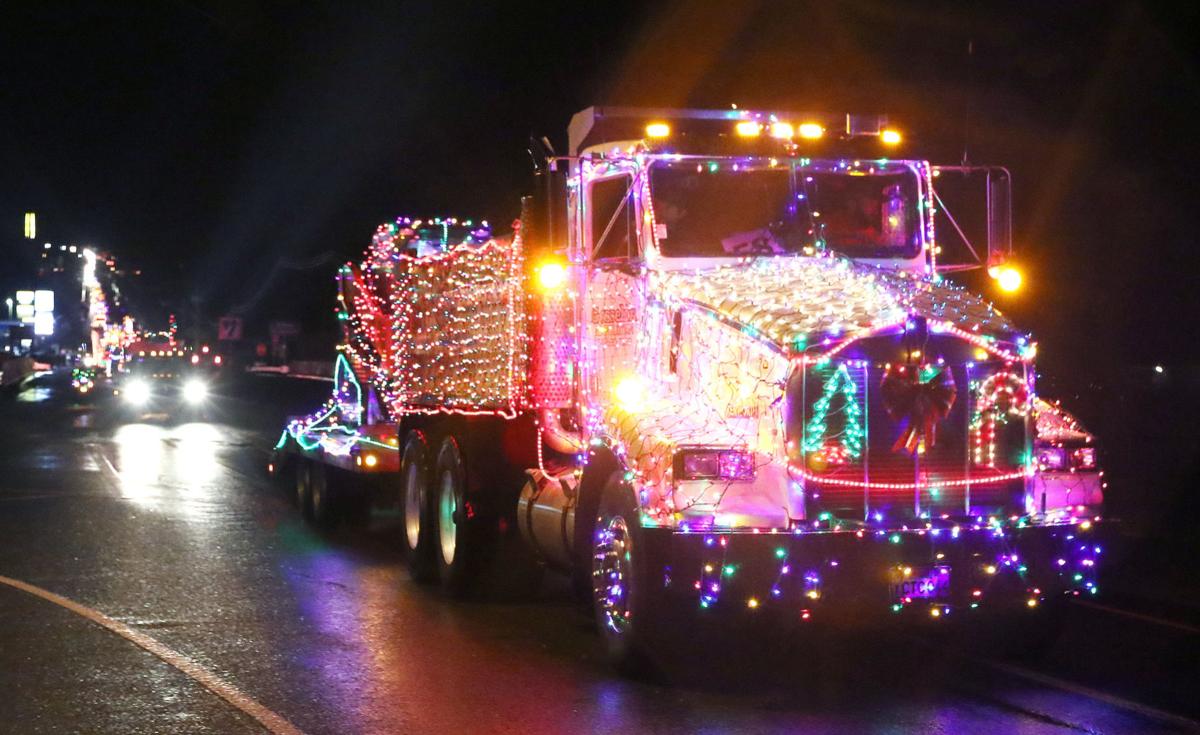 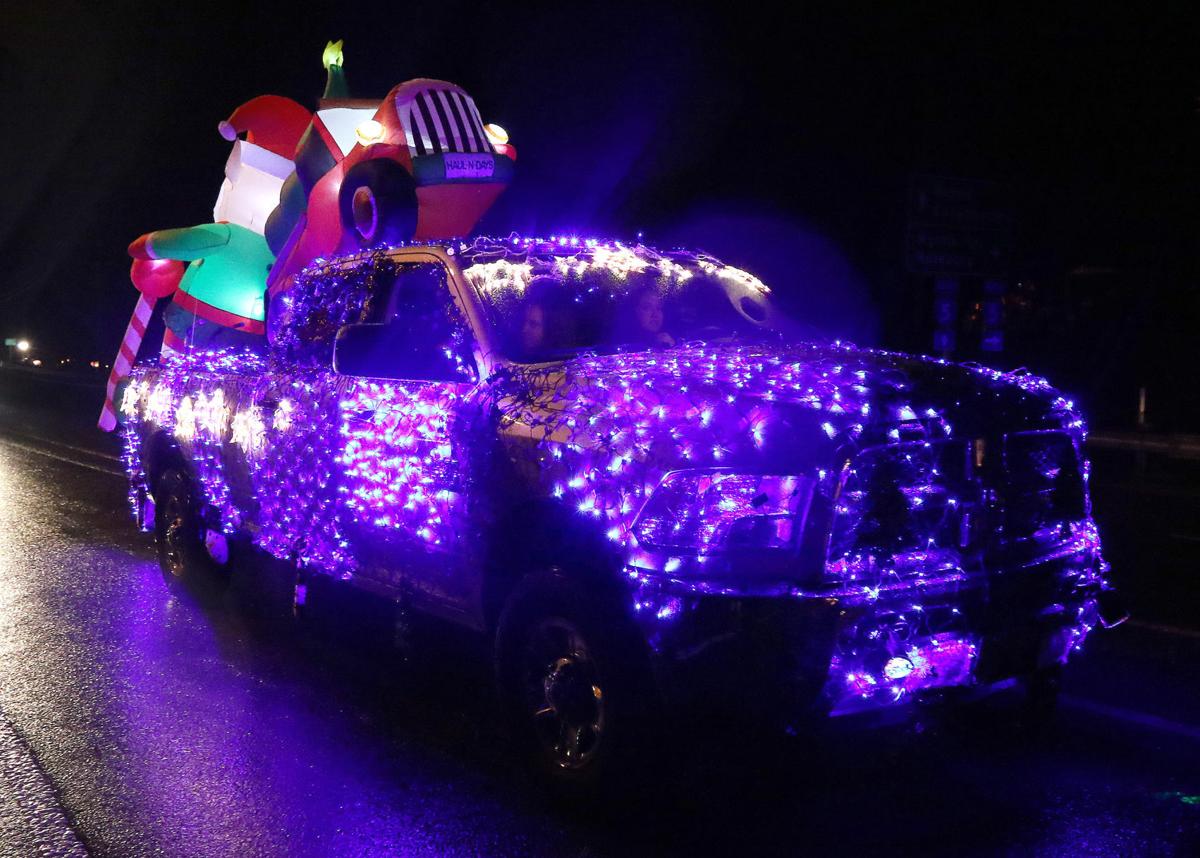 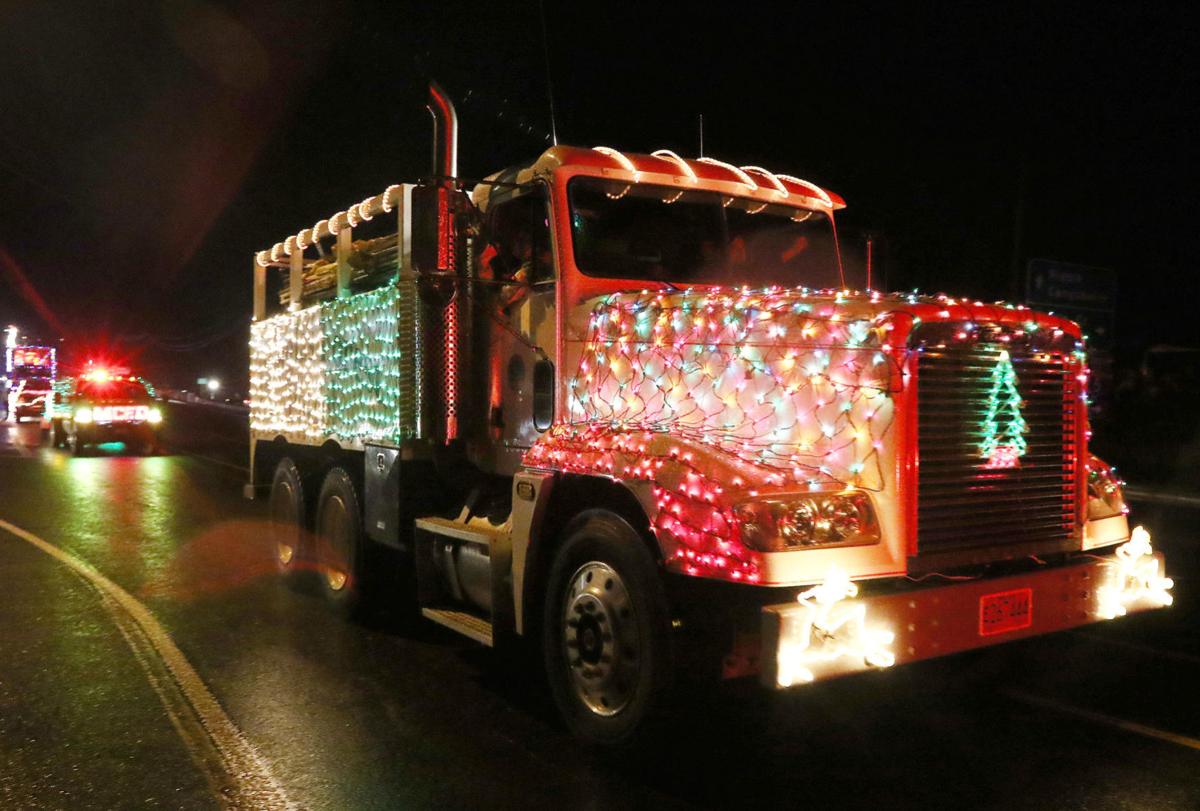 Vehicles decorated with holiday lights make their way from Riddle towards Tri City and Myrtle Creek. A total of 46 vehicles participated this year. 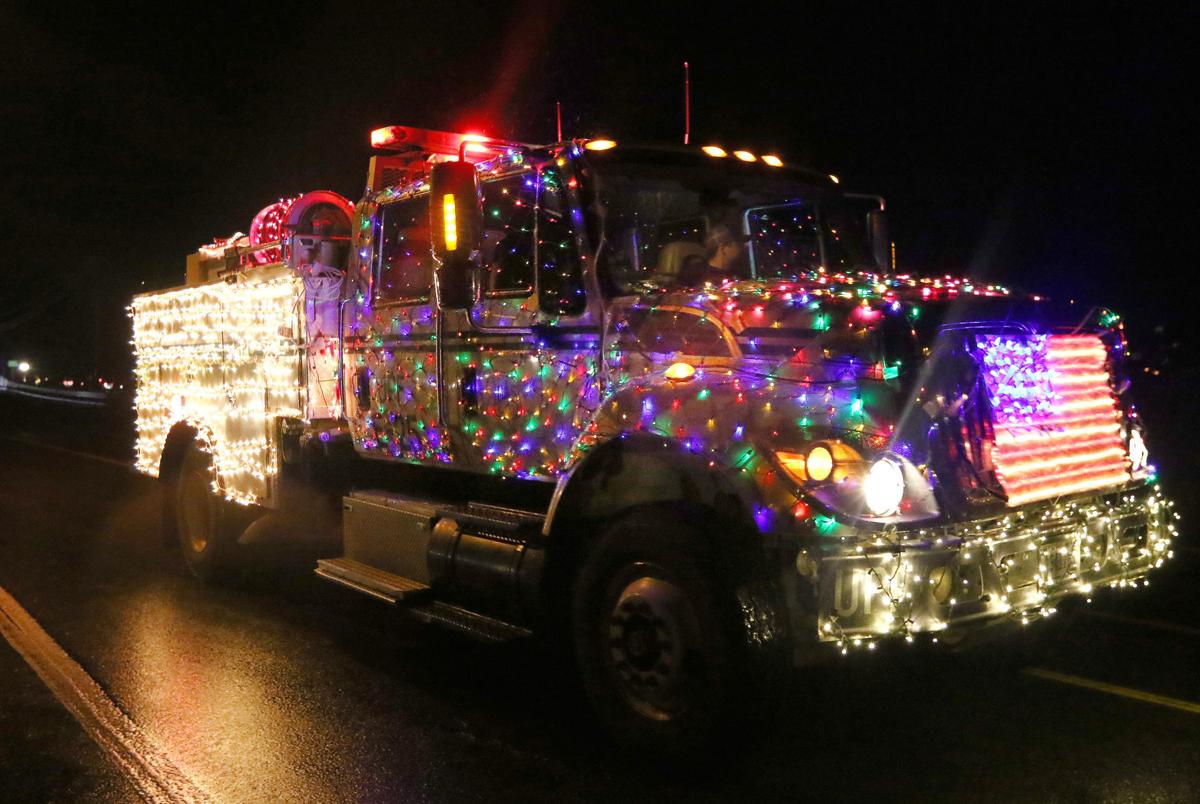 The first timber truckers parade was held in John Day in 1993, as a way for Donald ‘DR’ Johnson to support the timber industry., its employees and their families.

Vehicles decorated with holiday lights make their way from Riddle towards Tri City and Myrtle Creek. A total of 46 vehicles participated this year.

The first timber truckers parade was held in John Day in 1993, as a way for Donald ‘DR’ Johnson to support the timber industry., its employees and their families.

TR CITY — The McDonald’s here was the place to be Saturday night, and it was not because of the Big Mac’s, fries or clean bathrooms (although those did come in handy).

The McDonald’s was a choice vantage point for the 26th annual D.R. Johnson Memorial Timber Trucker’s Light Parade and Winter Festival, which drew thousands of hardy enthusiasts. They lined the parade route from the D.R. Johnson plant in Riddle to downtown Myrtle Creek.

At the Tri City McDonald’s, hundreds of people braved the cold and rain to watch the parade. Many came prepared, including those who set up party tent canopies complete with propane heaters, portable fire pits and other items to help them stay warm.

Dozens more people waited in their cars for the parade to come through, hopping out every few minutes to look for the lights on the horizon.

“It’s really something that everyone, from the little ones to the adults, looks forward to,” parade coordinator Jeff Johnson said after the parade. “It’s such a good feeling driving the parade route and seeing all the people lining the highway. I just love doing it and I don’t want to see it go away.”

When the parade lights did appear Saturday the crowd quickly gathered. They waived and yelled as the lighted vehicles, including several motorcycles, slowly made their way along highway.

It was like Mardi Gras, but with a different theme — “Unifying our Small Towns with the Timber Community” — and without the beads and bands.

Just as quickly as it started the parade was over. Most parade watchers quickly left, causing a small traffic jam around the McDonald’s. Some people lingered, especially those who stayed dry under their canopies.

In downtown Myrtle Creek, where the parade concluded, hundreds of people enjoyed free chili, hot cider and coffee while viewing the parade vehicles up close. Shops in the area stayed open late to accommodate the crowd.

The first parade was held in John Day in 1993. Donald R. “D.R” Johnson, who operated several lumber mills in the area, wanted a way to support the timber industry, its employees and their families, and their contributions to Oregon, while celebrating the Christmas season.

The following year Johnson moved the parade to Riddle, where the company had been operating since the 1950s. The parade later merged with the Myrtle Creek Winter Festival.

“The fact that the D.R. Johnson started it 26 years ago, that means a lot to me,” Jeff Johnson said. “He was my uncle and we’re trying to keep it going.”