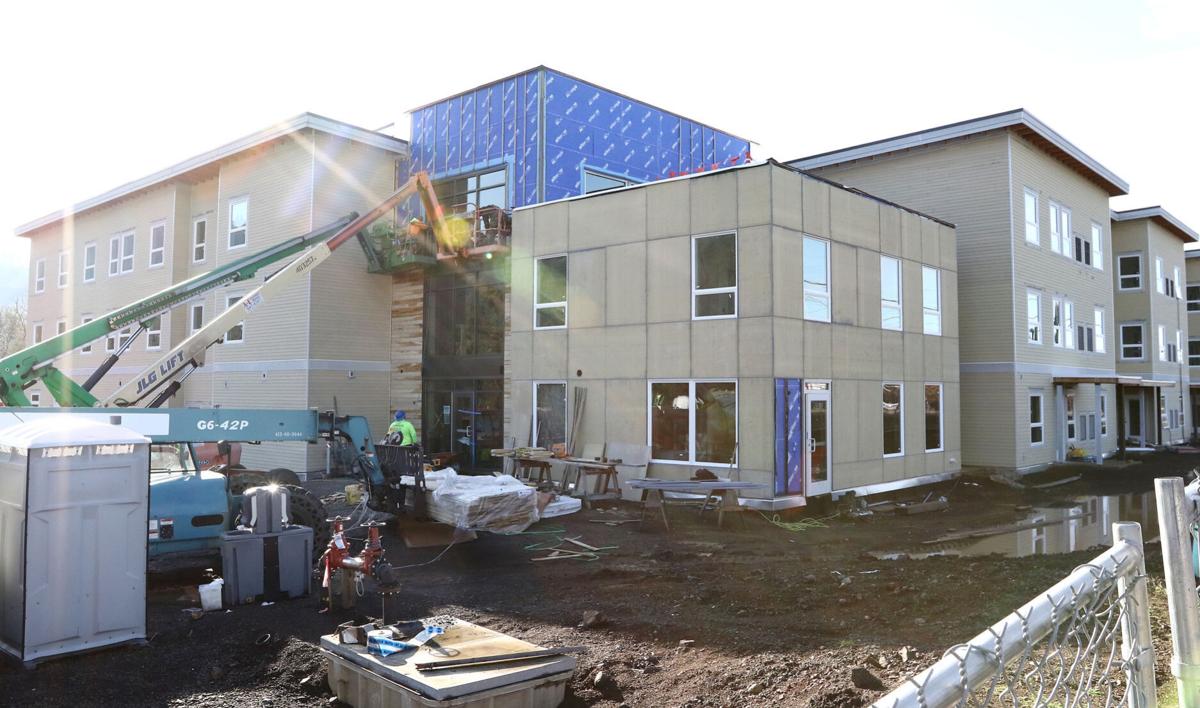 Work on the Deer Creek Village apartment complex on Diamond Lake Boulevard in Roseburg is just about done. Renters are expected to begin moving in next month. 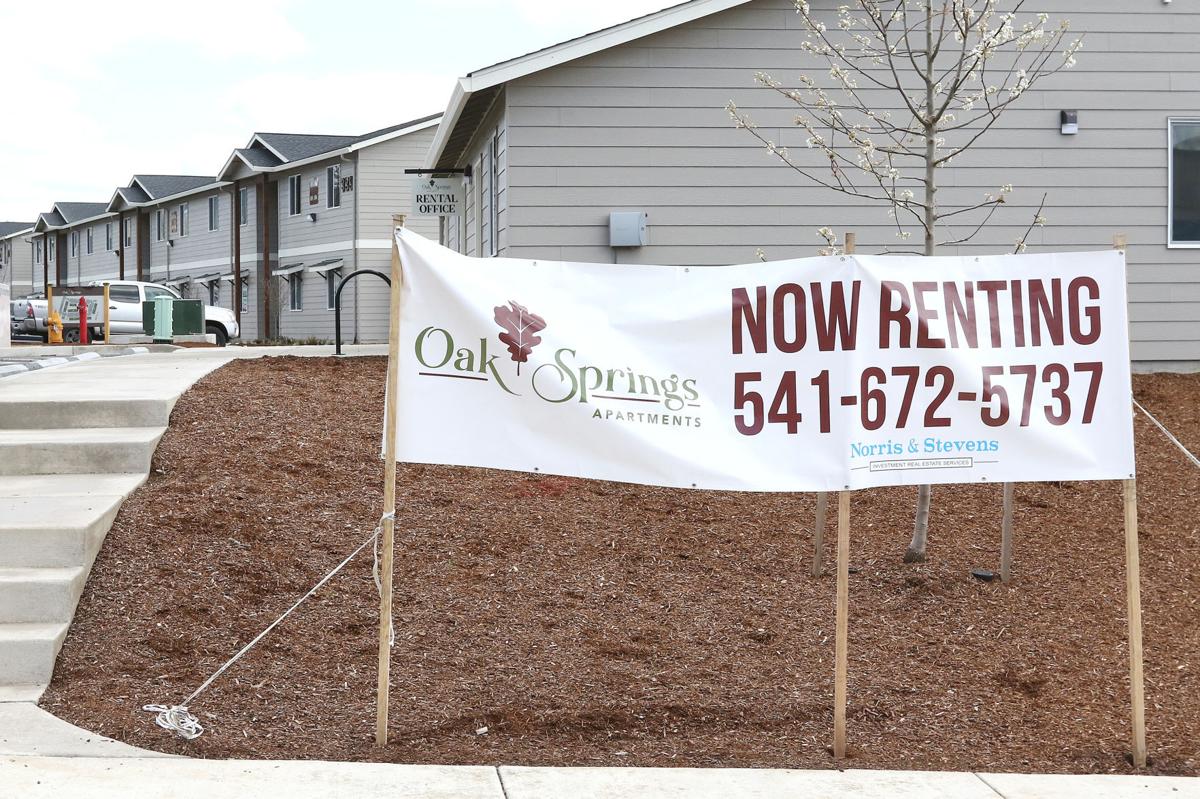 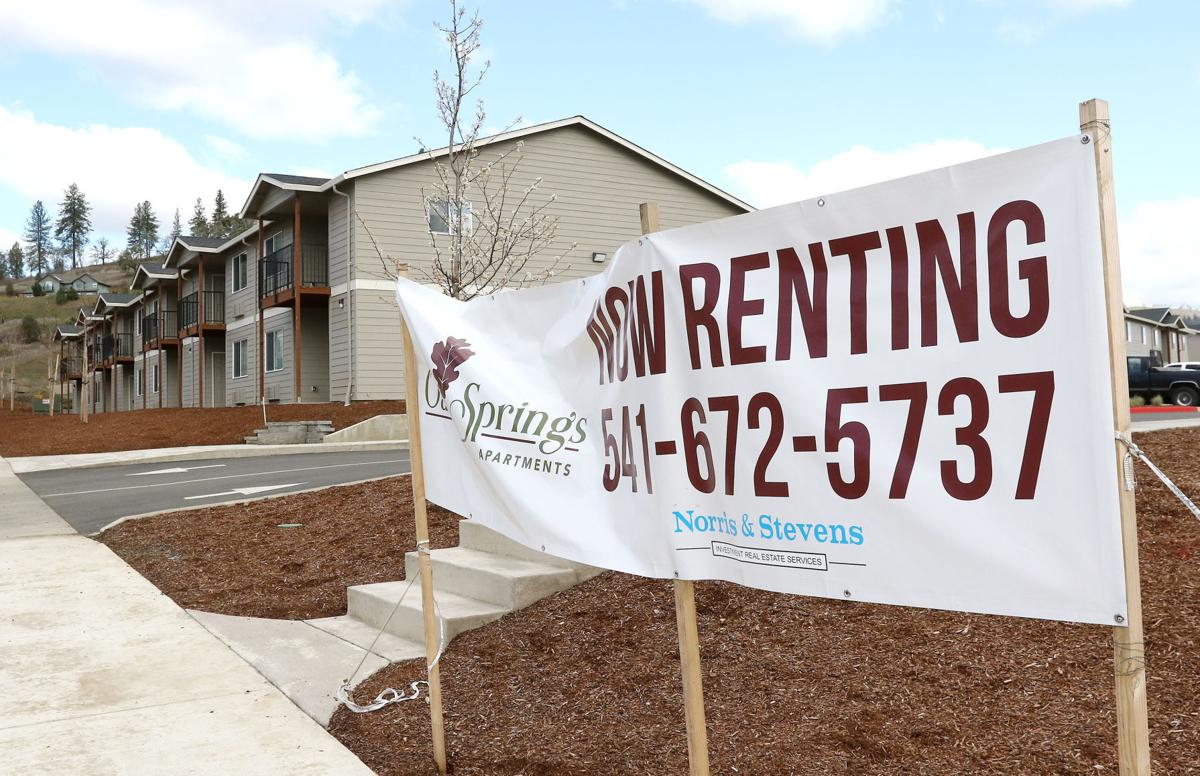 Work on the Deer Creek Village apartment complex on Diamond Lake Boulevard in Roseburg is just about done. Renters are expected to begin moving in next month.

It looks like another apartment complex is coming to the Diamond Lake Boulevard corridor, east of downtown Roseburg, bringing the total to about 400 units becoming available there.

The developers of Oak Springs Apartments, located on the corner of Pomona Street and Northeast Diamond Lake Boulevard, have submitted initial paperwork with the City of Roseburg to build a 105-unit apartment complex adjacent to the current apartments. The development proposal, submitted by Timberview Construction, is being processed by city officials.

The proposal is the fourth apartment complex at some stage of development in the Diamond Lake Boulevard corridor. Two of the complexes are under construction and the other two are in the approval process.

All of the apartments are within the Diamond Lake Urban Renewal District, a designation that provides incentives in the form of deferred and waived fees normally associated with such projects.

“I would’ve never imagined when we developed this urban renewal plan that in 2½ short years we’d be in construction, or in the process of reviewing plans, for 400 units,” said Stuart Cowie, the city’s community development director.

The two apartment complexes under construction are:

Two other apartment complexes also in the Diamond Lake Boulevard corridor are in different stages of the approval process.

The Sunshine Park Apartments, a 144-unit apartment complex slated to be constructed on Sunshine Road, has been granted a conditional use permit for the project. The site for the complex is located on the corner of Sunshine Road and Diamond Lake Boulevard, across from Sunshine Park.

WAIVING FEESWishcamper Development Partners, was the recipient of $9.8 million state grant designed to increase affordable housing. The grant was among $75 million distributed in July of 2020 in Local Innovation and Fast Track funding. The LIFT program was approved during the 2016 session of the Oregon Legislature to help spur affordable housing across the state for low-income families, including those in rural communities.

The proposed development has the backing of the Glide School District, which said in a letter of support that it could handle any extra students the apartments will bring. The Umpqua Public Transportation District also sent the developers a letter of support, saying it would be re-routing its bus routes once the apartments are built to provide services to residents living there.

Plans for the 105-unit apartment complex adjacent to Oak Springs Apartments and being developed by the same company, Timberview Construction, are still being reviewed. Like the current Oak Springs Apartments, this next phase will also be two-story buildings featuring two-bedroom, two bath apartments. The complex will also have bicycle parking, landscaping and open areas outside.

The developers of three of these apartment complexes are taking advantage of potential savings offered through the city by virtue of being located in the Diamond Lake Urban Renewal District.

One incentive offered for new projects in the district involves waiving up to $5,000 per unit in what are known as system development charges. Those are fees that are collected when new development occurs in the city and are used to fund a portion of items like new streets, sewers and parks.

That provision could mean significant savings for the developer of the Oak Springs developments as well as Deer Creek Village.

The developers of the Sunshine Park Apartments will likely not be eligible for those savings because they have said they plan to request tax exemption status once the complex is constructed, Cowie said.

All of the new apartments are needed as city officials attempt to address a local housing shortage, especially when it comes to apartments.

A housing analysis completed in 2019 showed an acute shortage of multi-unit housing, especially for low-income residents. The housing shortage is almost certain to worsen, with an additional 2,700 units needed to house the more than 5,500 people expected to move here in the next 20 years, the study determined.

The lack of affordable housing is a contributing factor to homelessness in the region, the study found. The housing crunch is exacerbated by the fact that a third of all city residents are considered very low income and can only afford to pay $650 a month in rent.

“Housing is something that’s been important for the city for a long time,” Cowie said. “We’re really trying to provide a healthy mix of all housing options for the community.”