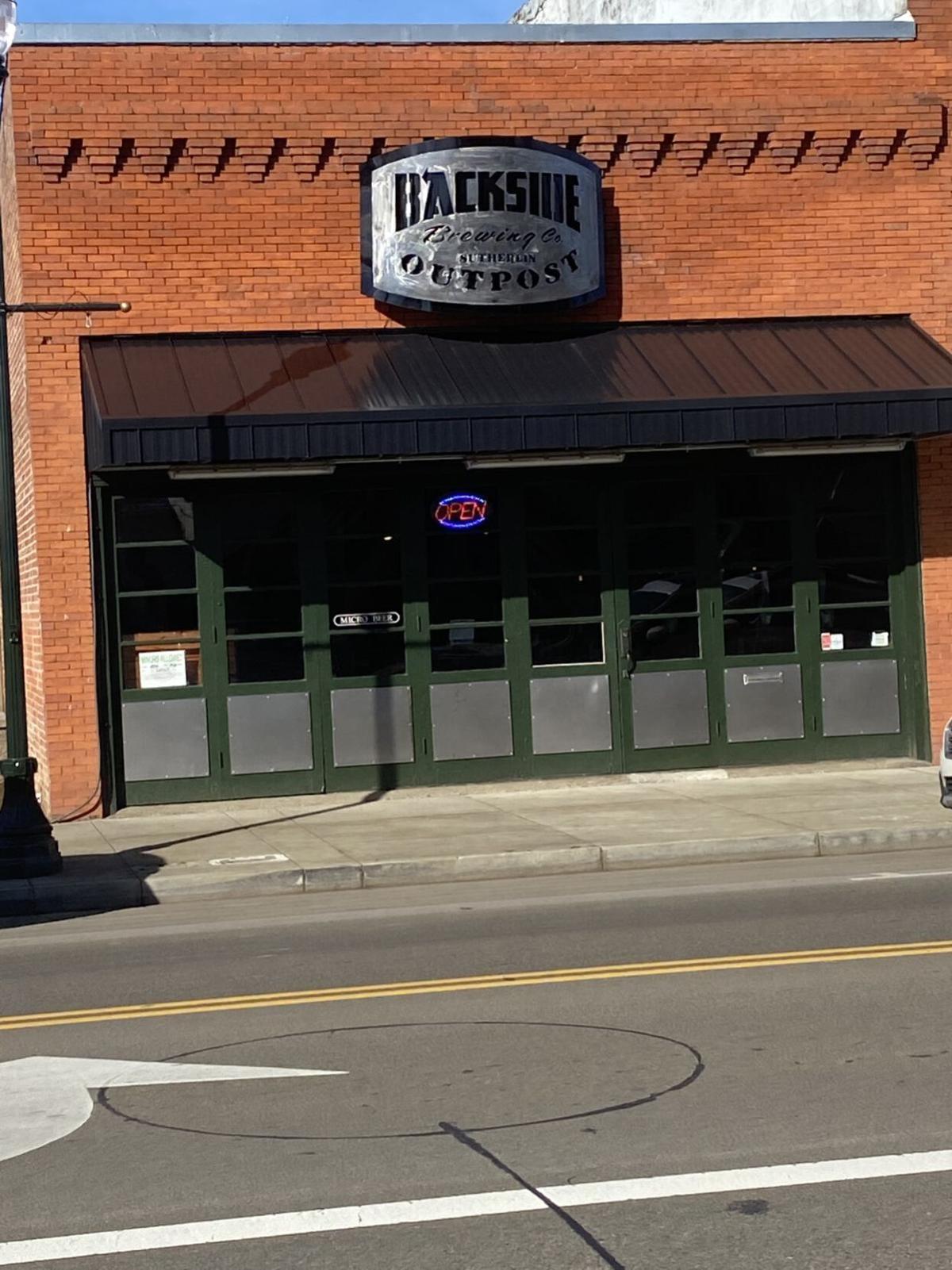 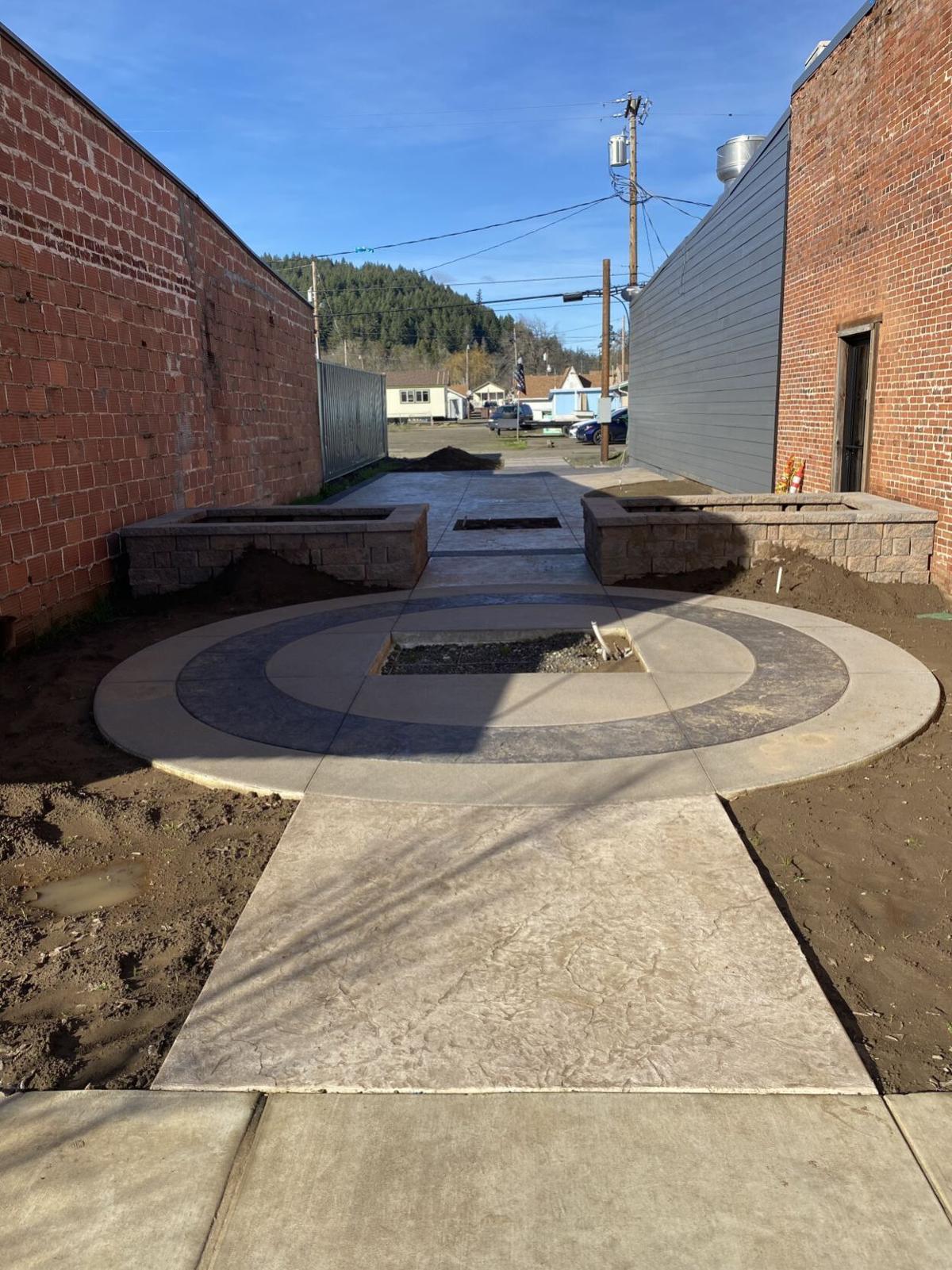 An outside area next to the Backside Sutherlin Outpost is under construction to become an outdoor seating area. 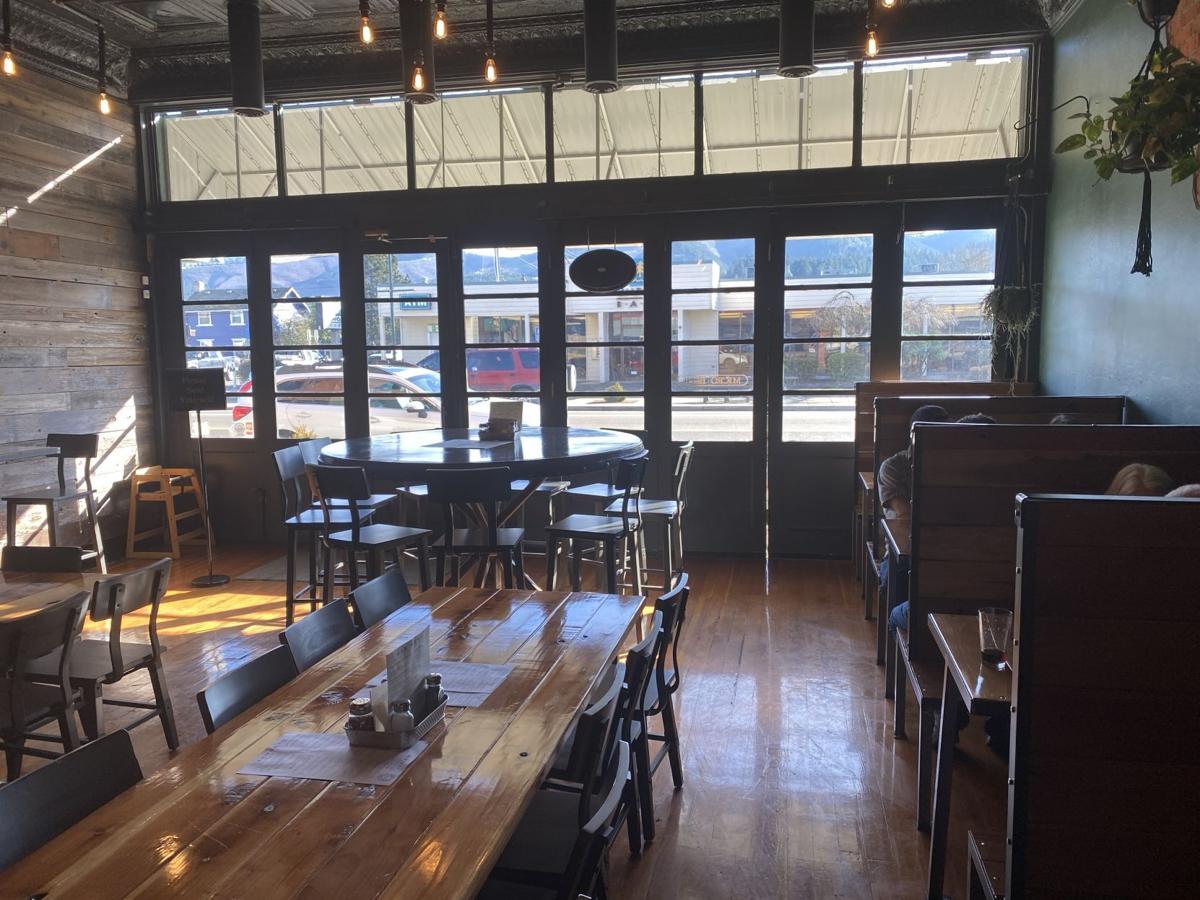 The inside of the Backside Brewing Co. Sutherlin Outpost is spacious and bright.

An outside area next to the Backside Sutherlin Outpost is under construction to become an outdoor seating area.

The inside of the Backside Brewing Co. Sutherlin Outpost is spacious and bright.

Beer lovers in Sutherlin now have another option to quench their thirst near home with the official opening Wednesday of Backside Brewing Co. Sutherlin Outpost, located in a historic brick building in downtown Sutherlin.

The Backside Sutherlin Outpost, 105 W. Central Ave., is owned by KC and Savannah McKillip, who also own the popular Backside Brewing in Roseburg.

The building housing the new Backside Sutherlin Outpost is steeped in history. It used to be home to Culvers Market, run for years by “Grandpa Jack Culver.” The roughly 2,500-square-foot building features wood floors, a tin ceiling, brick walls — some partially covered in plaster — roll-up front doors and a full kitchen, which is something the original Roseburg Backside does not have.

That kitchen allows the new brewery to offer a bigger menu than the one in Bradenton. The menu features more than two dozen items, including various appetizers, burgers (including elk and buffalo burgers), sandwiches and dessert. There is also a specially built pizza oven that churns out a full line of pizzas, including one for meat lovers and one for veggie lovers.

And of course, there is the one item Backside is probably most known for — its line of beers. Currently, there are more than a dozen on tap, including familiar favorites like Chasing Hazy IPA, Dougie the Logger lager and Axeman Red. Package beers and growlers are also available.

Another unique feature of the Sutherlin location is an outdoor space next to the building that is currently under construction. The space is roughly 25 feet wide by 100 feet long, features planters and other design elements and will provide an outdoor seating area.

The building was most recently occupied by Fusion Restaurant, which was open for three years before closing in the fall of 2018.

The McKillips also said they plan to be involved in the Sutherlin community and use the new business to host community events, something the Roseburg location is known for.

In a December 8 (below link) article, owner K.C. McKillip stated he was reopening Backside Brewery in Roseburg during coronavirus restrictions because, “We are doing this because we cannot afford to be closed.”

It appears coronavirus restrictions weren’t hurting Mr. McKillip's business too bad if he can afford to open another Backside Brewery in Sutherlin.

Geez, Mike, I know you are smarter than that. The Sutherlin location was in the works prior to Covid. It seems obvious that they had a great deal of time and money being invested in two locations and then restrictions cause them to barely be able to run the established, successful location. You can only bleed and borrow money for so long before something’s got to give. We are all entitled to the freedom to assess our own risk, both financially and medically, and make our own choices and decisions. This is America 🇺🇸.

Agreed. However, my point was Mr. McKillip wasn't exactly honest about the solvency of his business when he knew a couple months ago he would sinking a bunch of money into opening another business.

Ever wonder how much CCD Business Development grant money Backside Brewery used to open their new location? As far as I know, the Commissioners never published who received the $400,000 in grant money they received from the state. I wonder how many other businesses will be opening new locations.

FormerDemocrat: "We are all entitled to the freedom to assess our own risk, both financially and medically, and make our own choices and decisions. This is America...."

"This is America 🇺🇸," FormerDemocrat. Our Constitution begins with, "We" and we ought to remember that.

I do understand. My mother is 83, and lives next door, so I am around her almost everyday. My husband goes to work, but my boys and I have stayed home, everyday, for nearly a year, mainly to protect her. My teenage boys pretty much refused to go back to in person school this week because they “don’t want to kill grandma”. It’s already hard being a teen, and I am very concerned about the long term effects. So, believe me, I understand. But, I still believe people should be afforded the freedom to make their own choices. I also believe that if today’s society promoted kindness over hate, unity over division and forgiveness over blame, I think more respectful and compassionate choices would be made.

"I also believe that if today’s society promoted kindness over hate, unity over division and forgiveness over blame, I think more respectful and compassionate choices would be made." Preceded by, "Geez, Mike, I know you are smarter than that."