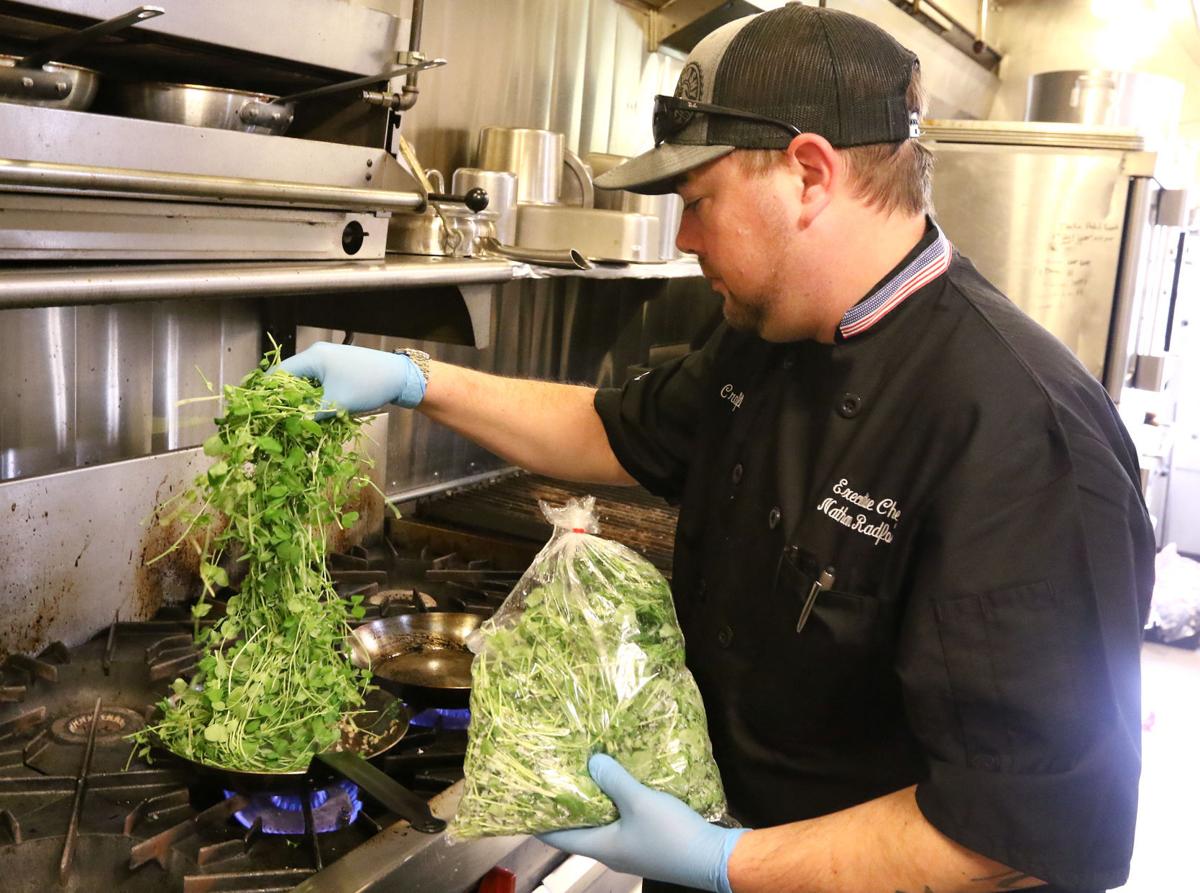 Craft 22 executive chef and owner Nathan Radford works in the kitchen of the downtown Roseburg restaurant, catering service and event center on June 11. Craft 22 has shutdown all dine-in options. 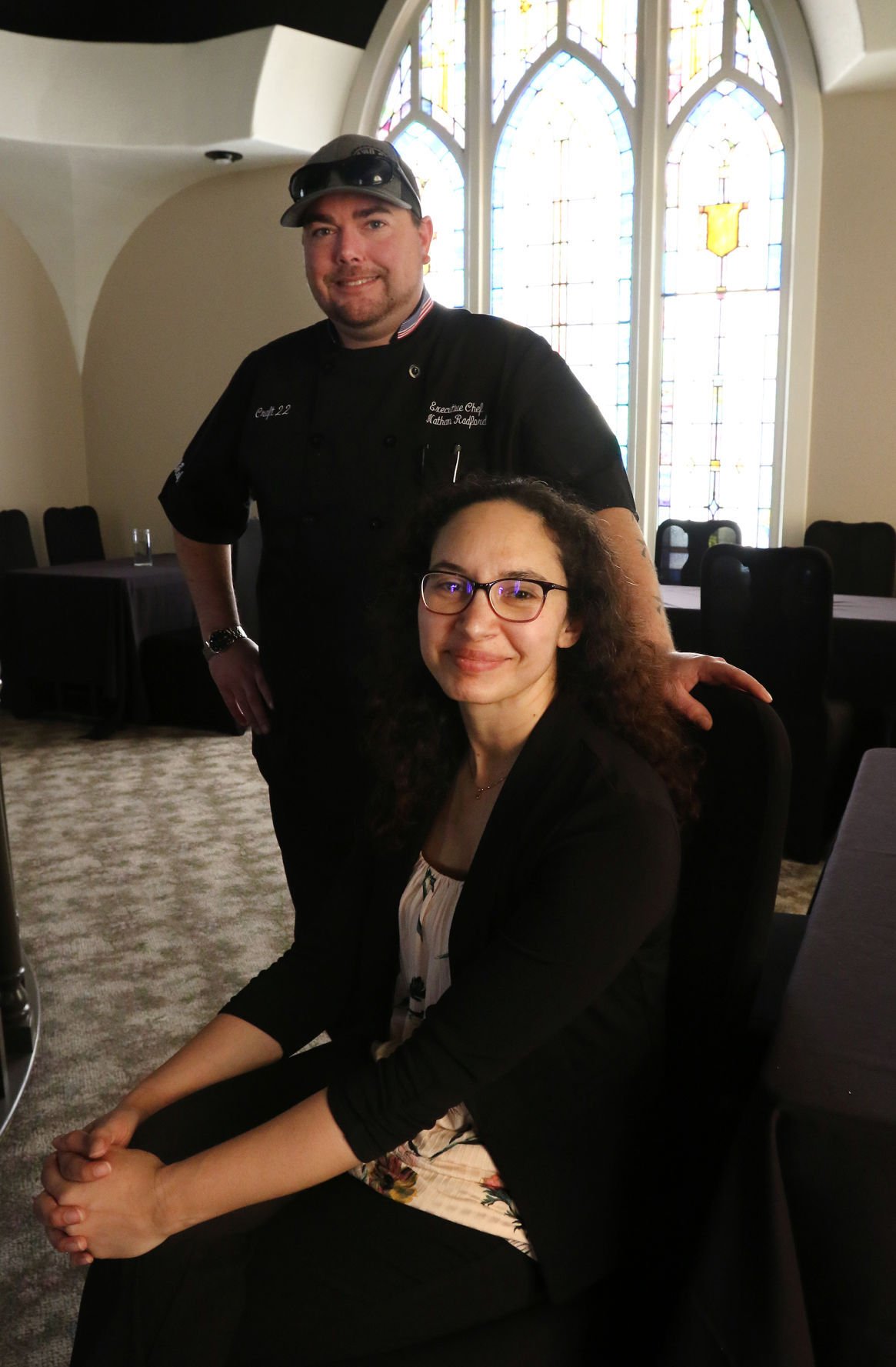 Husband and wife Nathan and Kareema Radford are adding a dine-in restaurant option to their catering service and event center business at Craft 22 in downtown Roseburg.

Craft 22 executive chef and owner Nathan Radford works in the kitchen of the downtown Roseburg restaurant, catering service and event center on June 11. Craft 22 has shutdown all dine-in options.

Husband and wife Nathan and Kareema Radford are adding a dine-in restaurant option to their catering service and event center business at Craft 22 in downtown Roseburg.

Craft 22, an upscale downtown Roseburg restaurant that just opened to dine-in service in early June, has closed its doors to dine-in amid COVID-19.

Craft 22 owner Nathan Radford announced the closing in a video posted on Facebook Saturday afternoon. Radford said the dine-in service could not be sustained during the current economic climate caused by COVID-19, and closing now to dine-in service was the prudent move to make.

“Literally today we had to make this decision and it’s not a decision we wanted to make,” he said. “We’re very proud of what we’re doing, we’re very happy with the feedback we’re getting from everybody, and we thank everybody for that.”

Radford said Craft 22 will expand its catering and events services, which will now be available seven days a week. Radford also said he plans to reopen for dine-in service as soon as COVID-19 restrictions are eased so that he can seat more people. In the meantime, Radford said, he is hoping to work on a consulting project with a local restaurant and is in discussions with an area wine tasting business for possible events pairing wine and food.

Craft 22 is located in a historic building at 809 SE Main St. Last fall, Radford and his wife Kareema took over the property that had housed Jasmine’s Catering and Event Center. The 5,200 square-foot building was built in 1922 and features a large kitchen, vaulted ceilings and stained-glass windows.

The Radfords had been focusing on catering since opening Craft 22, and when COVID-19 hit they began offering takeout as well. But the couple decided to open it up as a full-service restaurant in early June. The restaurant had been open for dinner Thursday through Saturday.

Craft 22 featured an upscale menu that included such items as pappardelle pasta with braised beef and pork ragu, handmade spaghetti carbonara with smoked duck parmesan-crusted cod and Beef Waygu flown in from Japan.

But the dampened economy surrounding COVID-19 was just too much to overcome, Craft 22 bar manager Christopher Cooper said in the Facebook video.

“We have literally attempted the impossible — we opened up a fine dining restaurant in a rural community during a global pandemic,” he said. “We are confident that were we not in the middle of a global pandemic we wouldn’t be having to make this video or this announcement.”

Nathan Radford is a graduate of the Oregon Coast Culinary School. Before opening Craft 22 he held executive chef positions at Riverview Terrace and the Roseburg Country Club, and an internship at Innisbrook Golf & Salamander resort in Palm Harbor, Florida.

“What we’re doing here is very special and we’re going to continue doing that in the future,” Radford said Saturday. “We will be back.”

Scott Carroll can be reached at scarroll@nrtoday.com.

[smile]My husband and I are very excited for their eventual reopening.

I commend Craft 22 owner Nathan Radford for his unselfish decision to help our community during the pandemic. I have never been to Craft 22, but Mr. Radford's action has gained my patronage once it is safe to re-open.

Douglas County may be in a position to re-open its school systems if more bar and restaurant owners took similar actions.