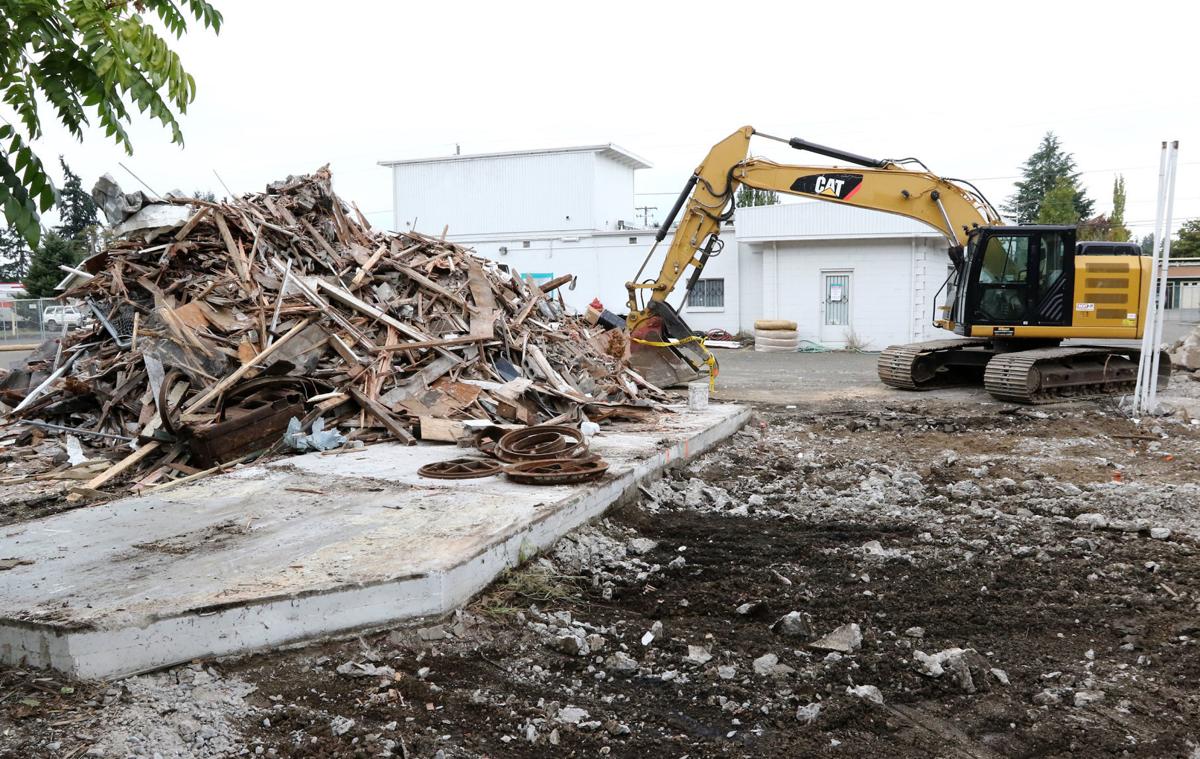 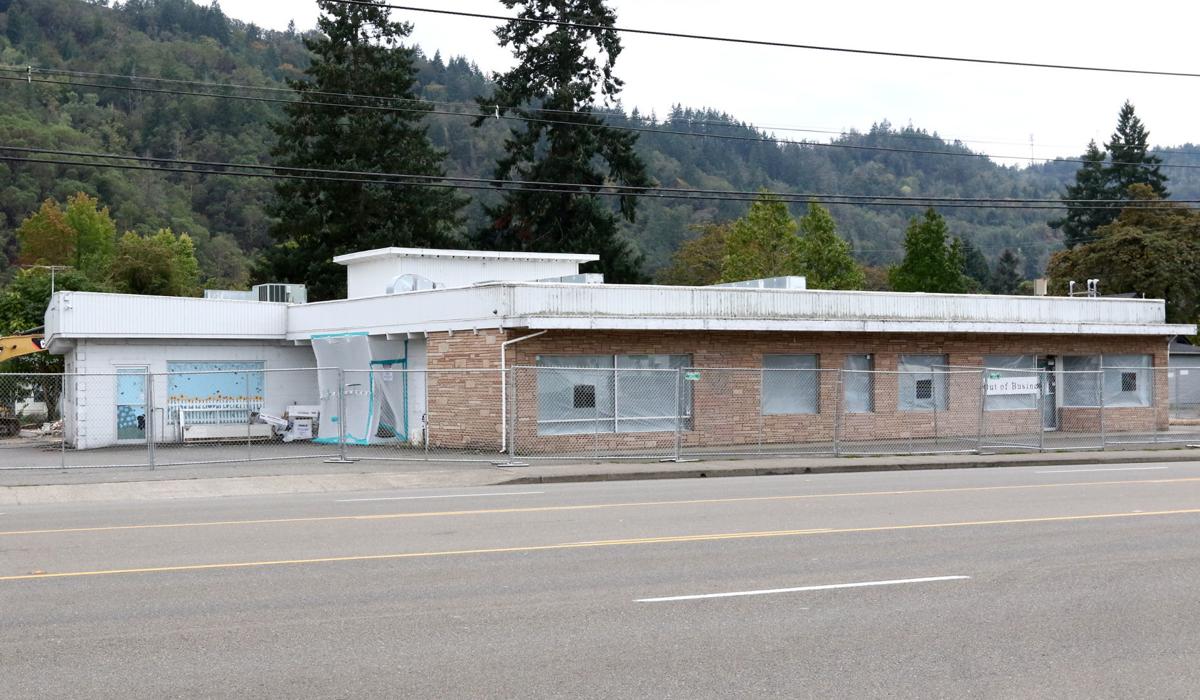 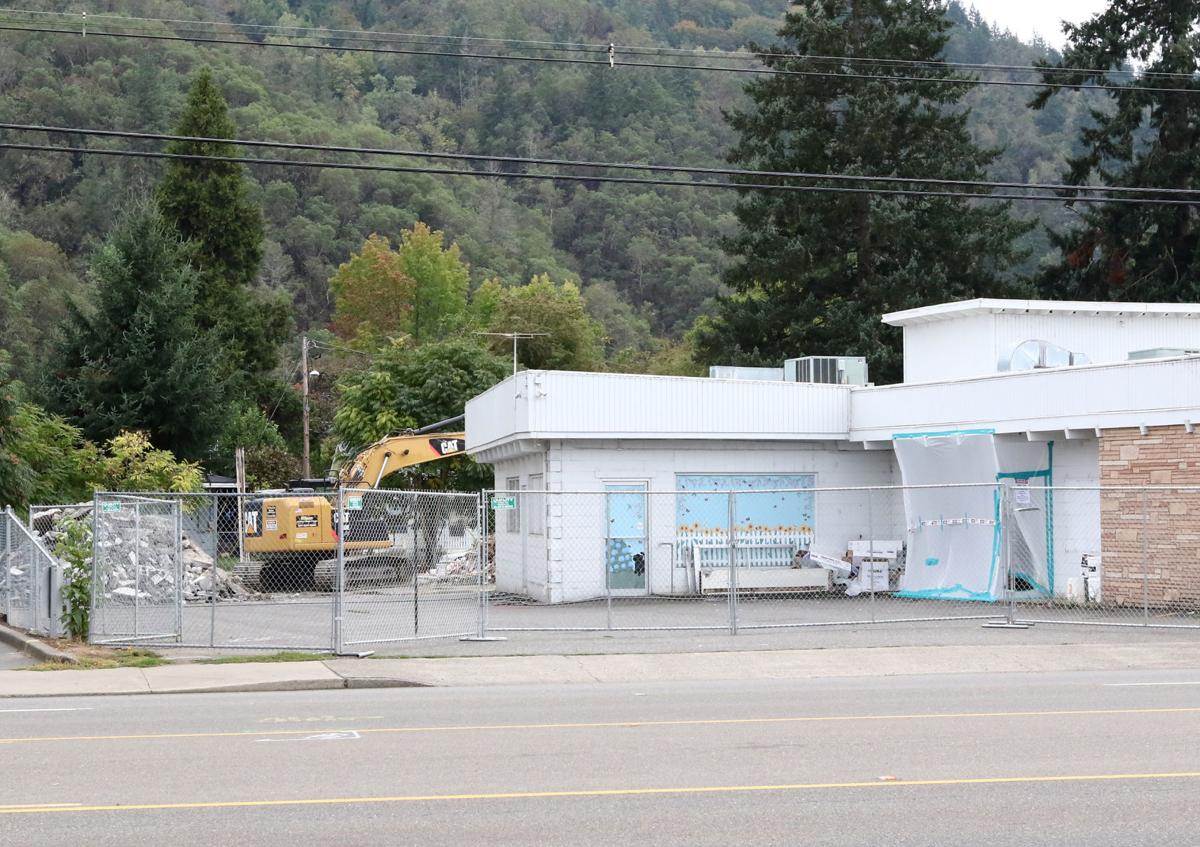 The venerable building that housed Harvard Avenue Drugs and Gifts in Roseburg for 60 years before the business closed at the end of July is being torn down.

Cascade Community Federal Credit Union bought the property and submitted paperwork with Roseburg indicating its plans to construct an 8,400-square-foot building on the site. However, a spokesman for the credit union said they are working with a consultant and will not finalize any plans until that work is done.

“That is speculation and a possibility but nothing has been set in stone yet,” said Greg Holt, director of marketing for Cascade. ”We are going to make sure that we do it correctly, whatever plans we have for that location.”

Harvard Drug and Gifts became something of a landmark for Roseburg. The store was said to be the first to have a drive-thru pharmacy in Oregon and was the last independently owned pharmacy in Roseburg.

What really set the business apart was the hard work of Phil and Jo Kaser.

As a junior high school student, Phil Kaser took ill on a trip to the coast and there wasn’t a physician available, so he was cared for by a pharmacist. That experience inspired him to help others and open Harvard Avenue Drugs and Gifts with his wife, Jo.

Over the decades the store became a go-to place for gifts, knickknacks, and medications. Phil Kaser brought a personal touch to his work, said Jo Kaser, and cared more about customers getting their medicine than his own convenience or even their ability to pay.

“It was a different world back then,” Phil Kaser explained shortly before the business closed. “I knew what people needed. Of course, the doctor was writing the prescriptions, but there weren’t that many doctors and I was very, very close with the doctors that were here. They would call me at the house. I’d pick up the phone. That always meant I had to come down for something.”

That personal touch was evident as Harvard Avenue Drugs and Gifts was closing; the Kasers sent letters out to everyone who had a prescription filled at the store in the last year letting them know the news.

While the beginning of Harvard Drug and Gifts dates back 60 years, the origin of the credit union goes back even further.

Today Cascade Community is the 19th largest credit union in Oregon, with nearly 15,000 members and assets totaling $238 million. There are three branches — two in Roseburg and one in Sutherlin — employing 40 people.

The credit union is a community-based financial institution, meaning people living or working in Douglas County can become a member. Membership is also open to the immediate family of current members.

Holt, Cascade’s marketing director, said members of the Kaser family were members of the credit union and had done business with Cascade in the past.

“We heard they were going to close the business down and we thought it would be a good opportunity to approach them about it,” Holt said.

Part of the demolition process involves environmental work, including determining what possible substances, such as asbestos, may be in the building, Holt said. Workers are also removing five underground tanks on the property, the contents of which are not known, he said.